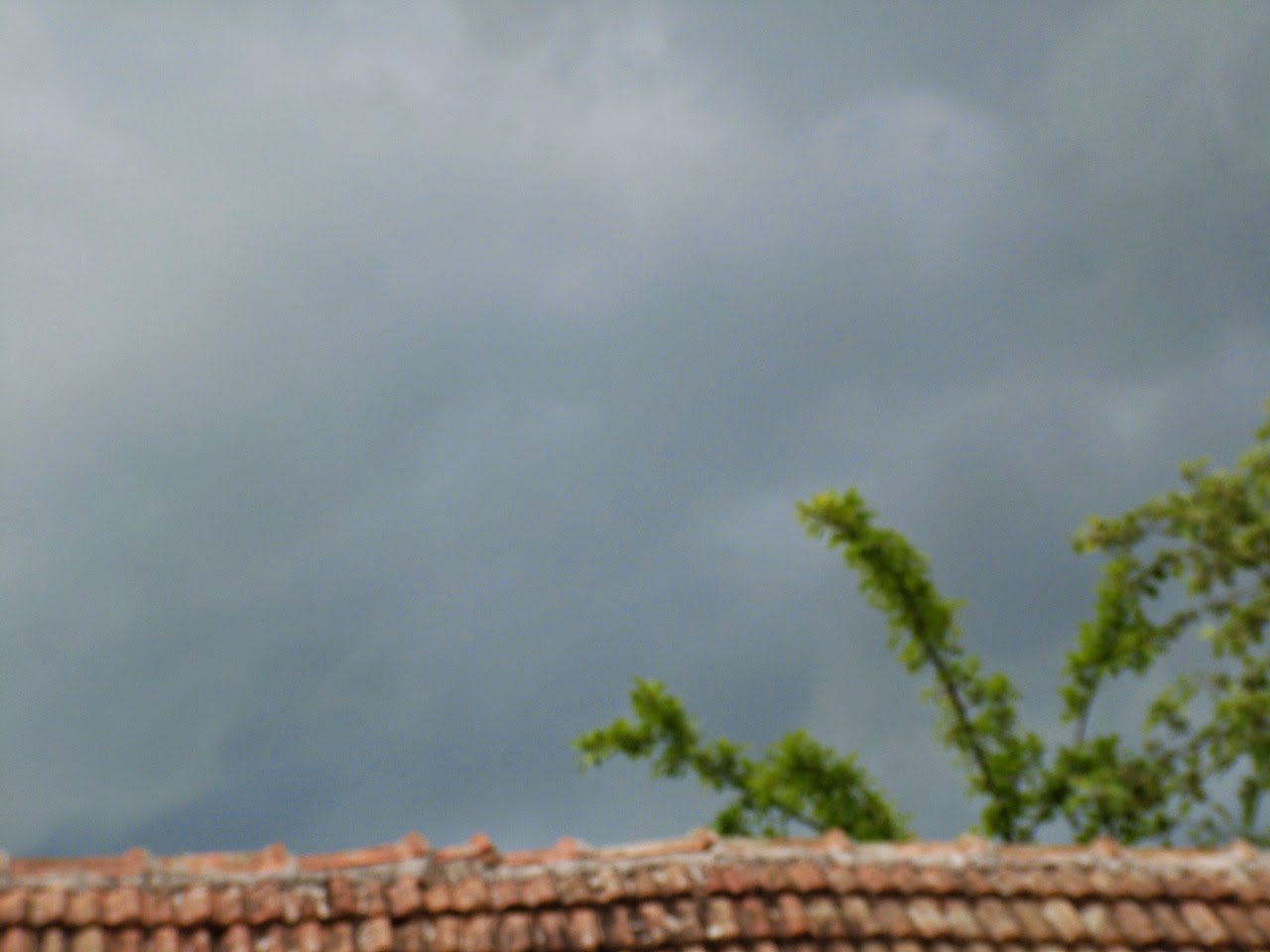 I have a sneaking feeling that many of you will have noticed but we have had a little bit of rain this past 24hours. I don't wish to worry people but I have heard the sound of sawing and hammering from the village this morning, and we live up in the hills. One thought to hold on to is that I am not aware of any of the neighbours being called Noah. The rest of Europe has been deluged with unseasonal amounts of rain, which has caused plenty of flooding, now it seems as though it might be the turn of Bulgaria.Only the other day they were saying that the levels in the Danube were falling, so I would hate to think where they are after yesterday. 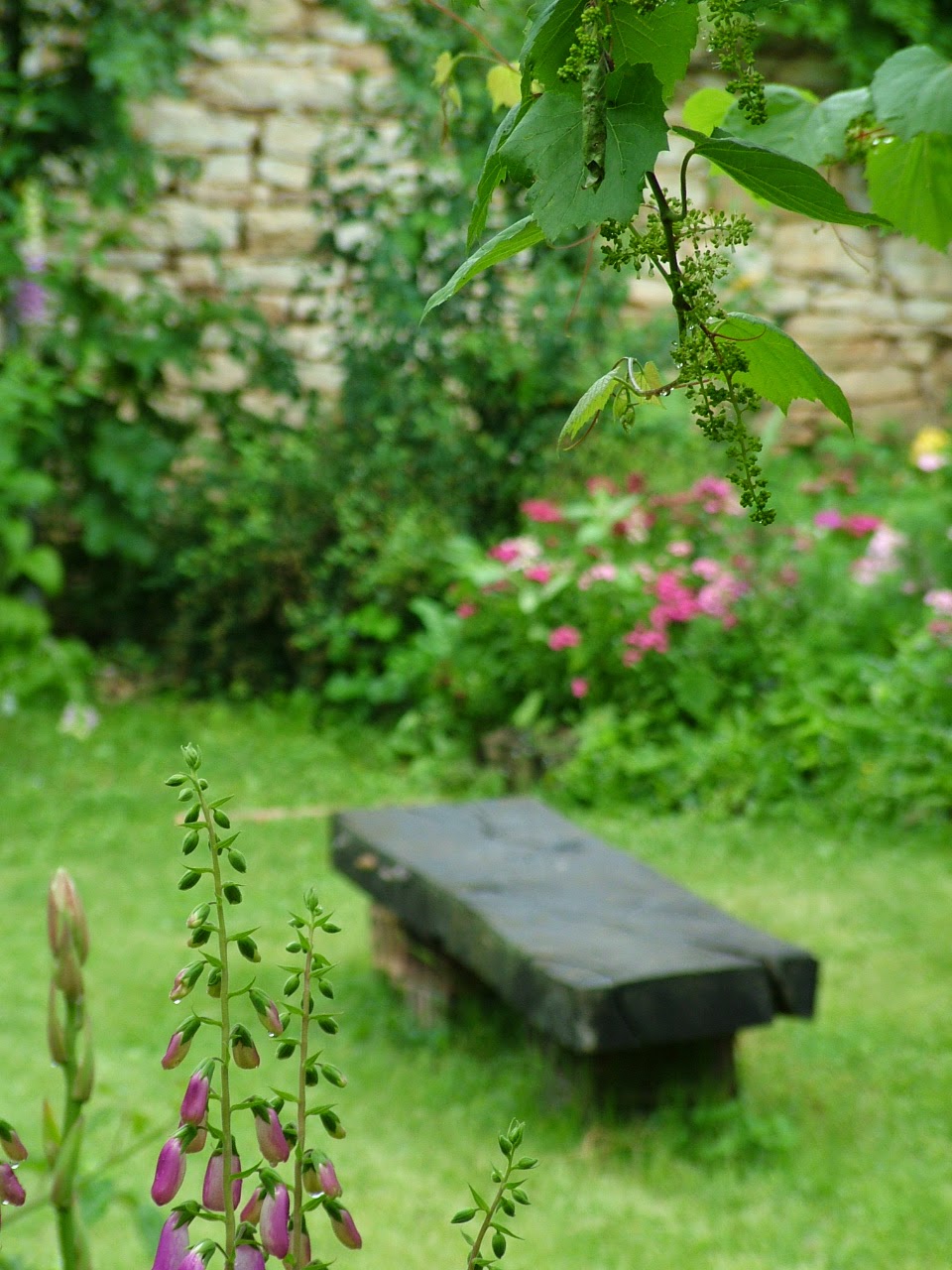 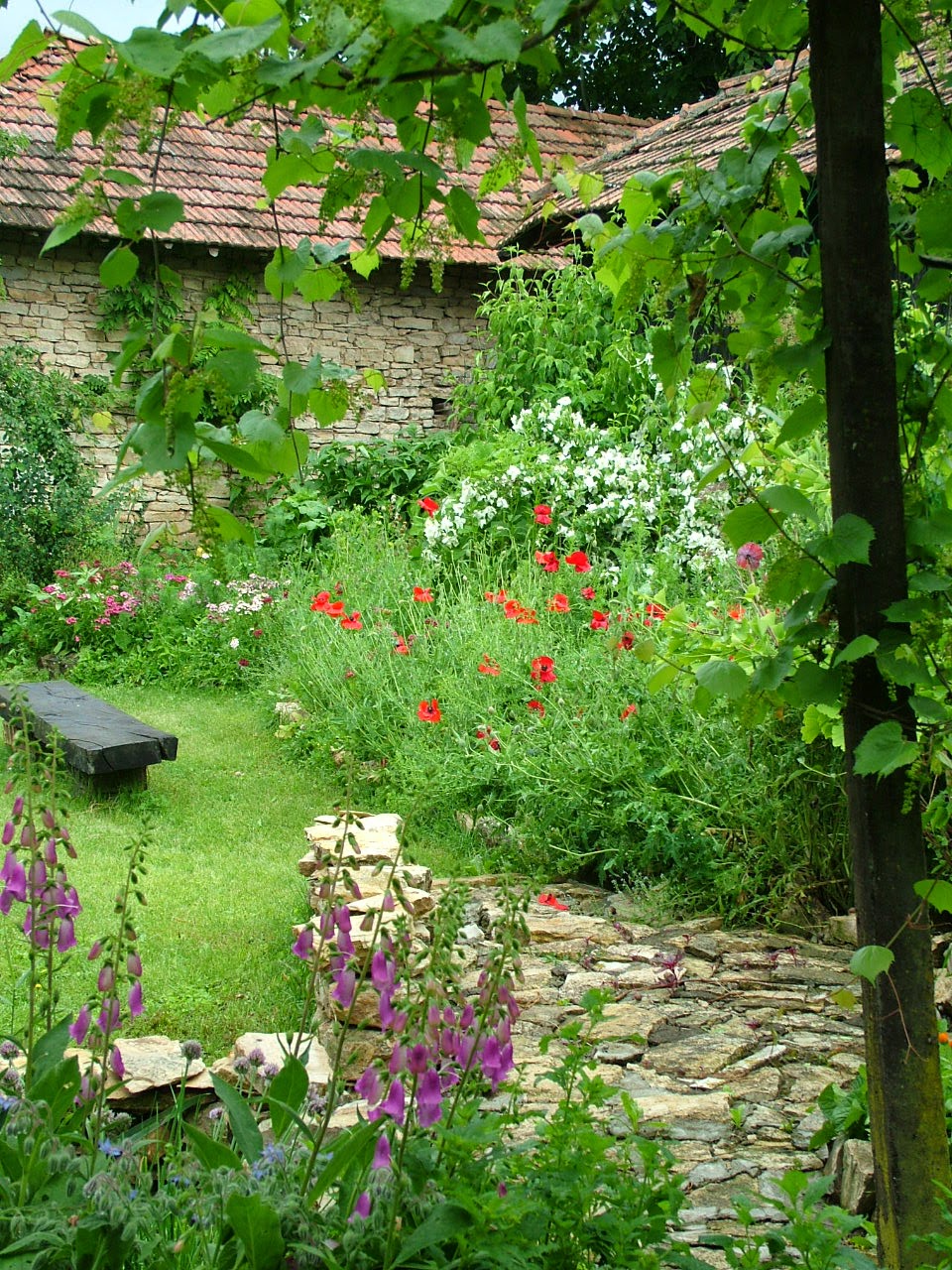 Yesterday had started out quite pleasantly too. It was still quite warm, without being quite so hot and sticky. Which made it a nice day for wandering round Veliko Tarnovo doing several bits and pieces. One thing which really needed doing was getting the stuff for the pool. We have found this little shop which does all of the chemicals for your pool requirements. The stuff from there seems much better quality, and it also costs less than the similar stuff from either Metro or Praktiker. It also gave Net the chance to have a mooch round in one of her favourite art shops. It never ceases to amaze me some of these smaller specialist shops being tucked away quietly on the back roads, and a lot of the time you only find them by accident. 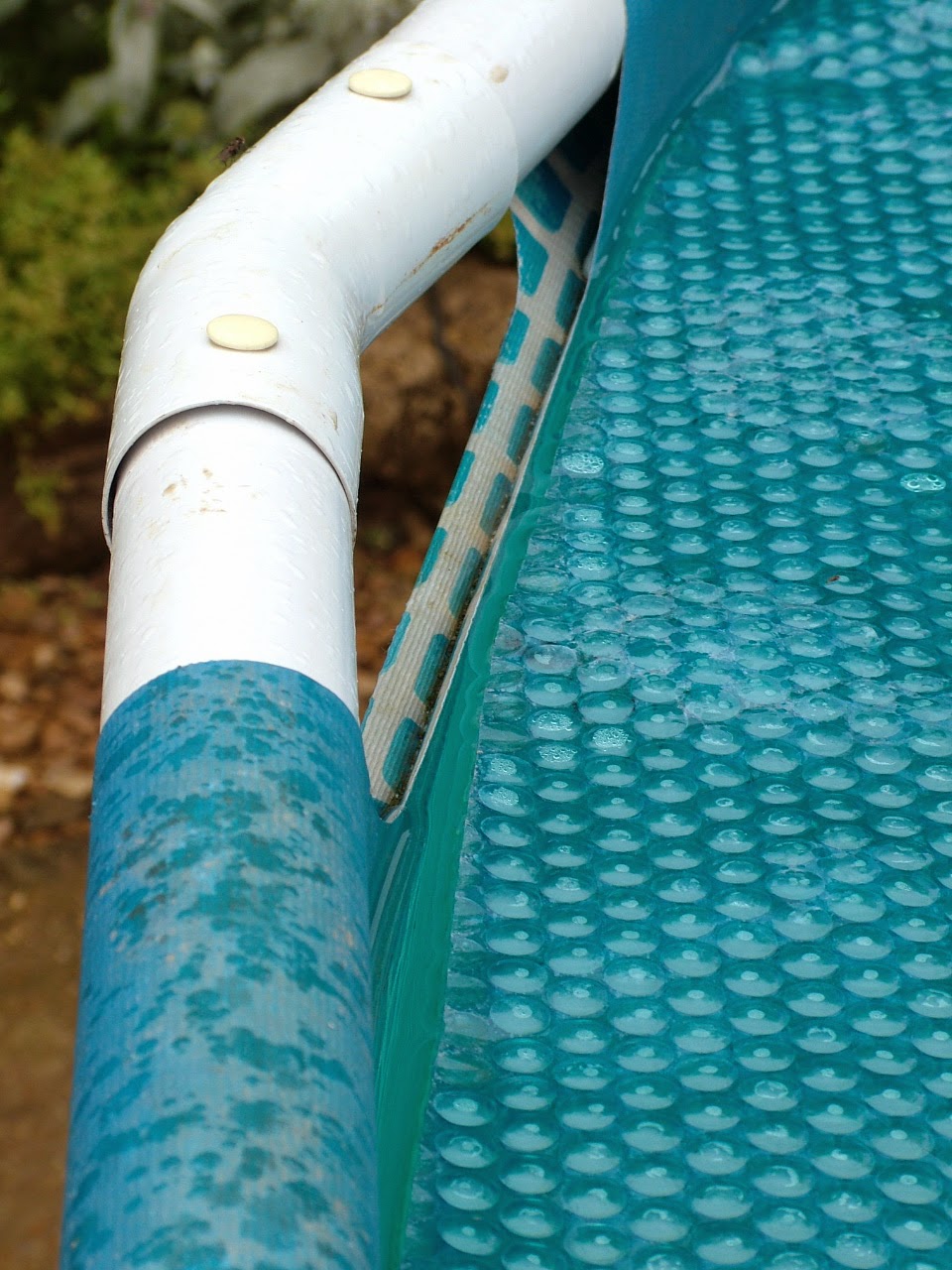 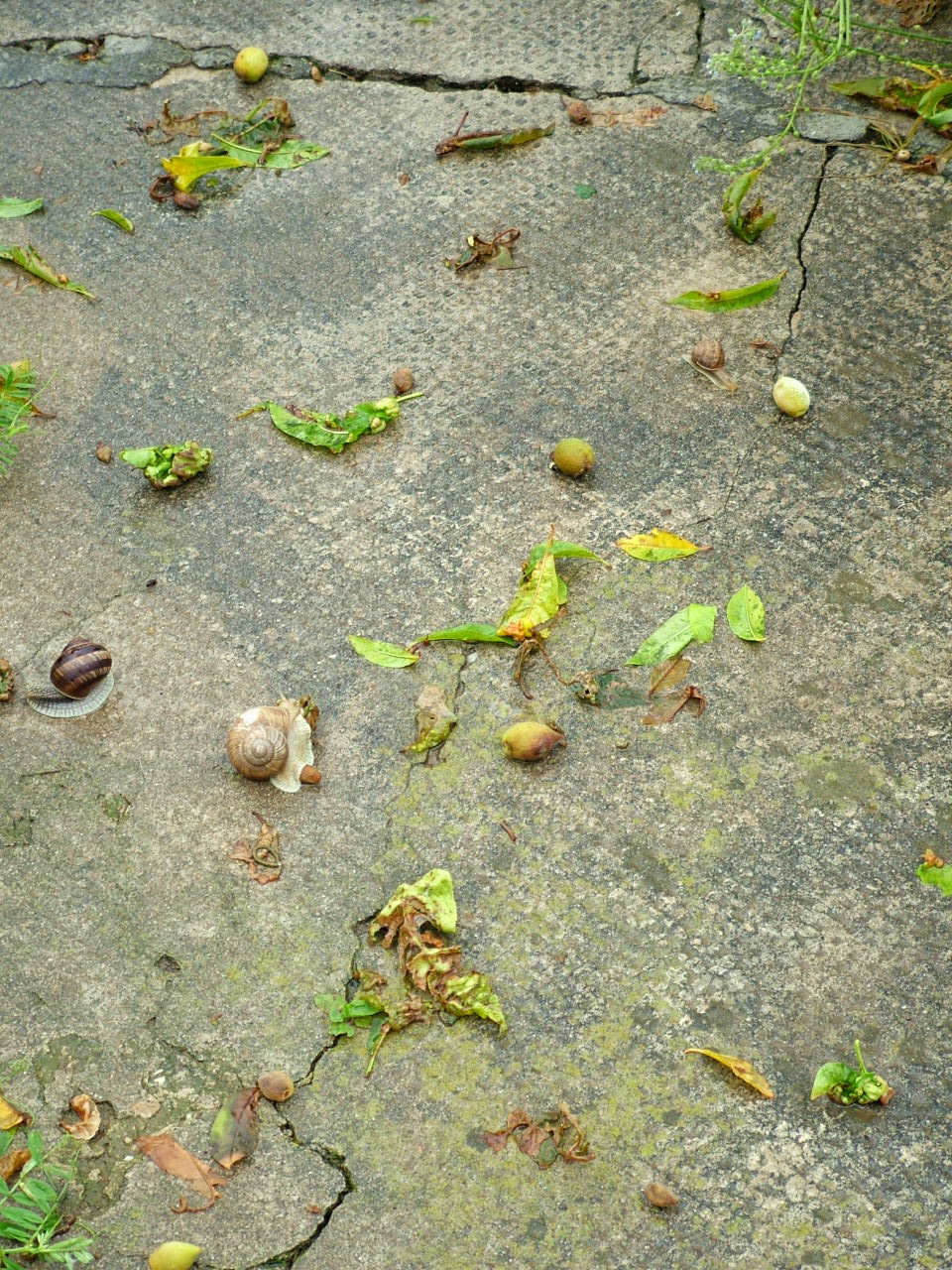 Everything was going fine until about 1 o'clock, when the breeze began to pick up strength. The breeze soon became a wind and the skies were getting ever darker. We didn't have long to wait until the rain put in an appearance, and it was proper rain. None of the misty drizzly rubbish, this was rain coming down like stair rods, the rains of biblical proportions. Not wanting to be left out the thunder and lightning soon joined in. The ground had started to bake hard over the last week so the rain seemed to be finding it difficult to soak away, so there was an awful lot of surface water about. Driving conditions soon became bad, the windscreen wipers were only just coping with the amount of rain coming down. The surface water was hiding various potholes. It did get slightly easier once I got off of the main road as it is a constant climb up to the village, so at least the potholes were more visible. 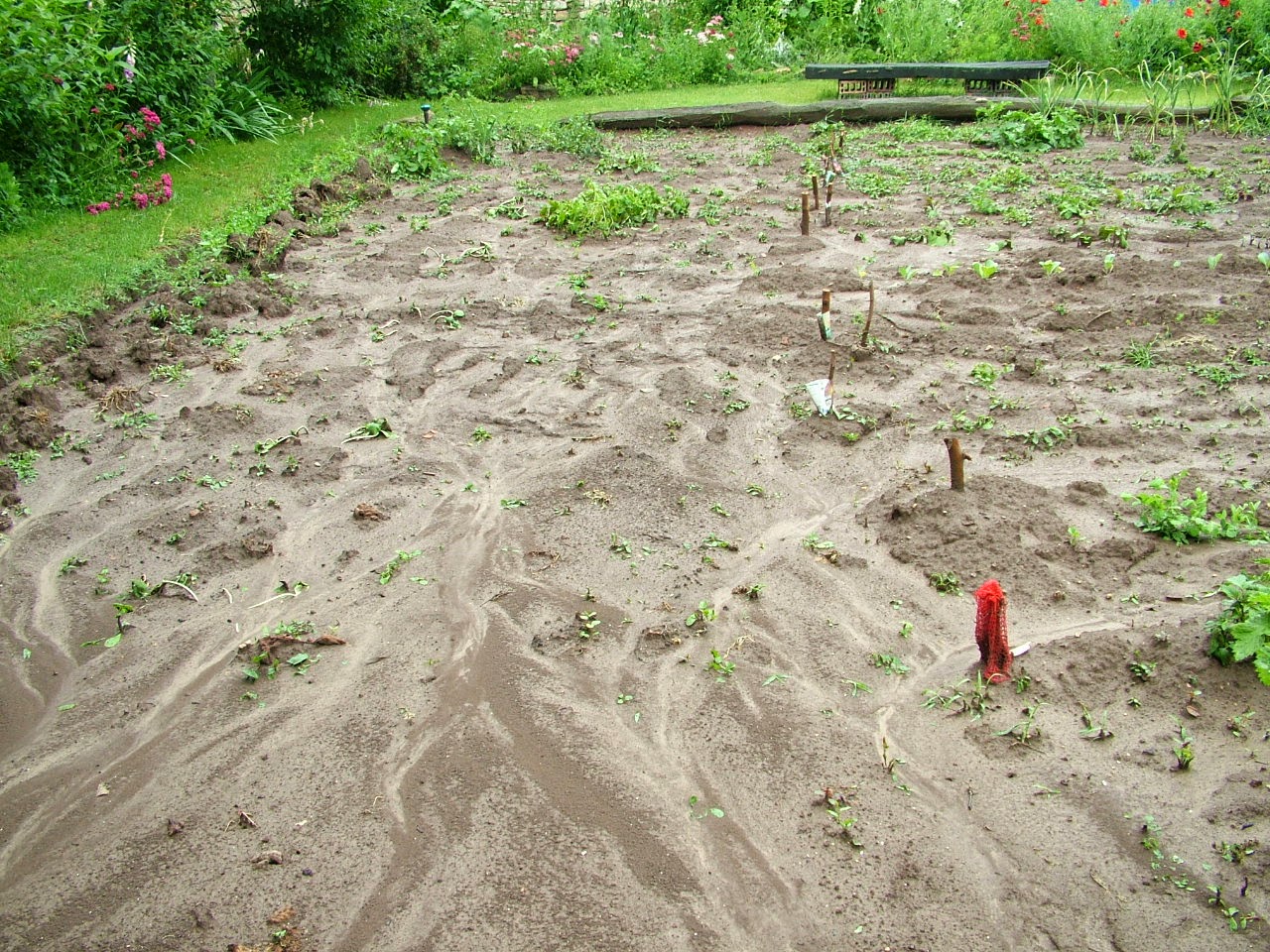 It was still hissing down when we got home so I decided not to unload the car. Which reminds me that it still needs doing. Now readers of the blog will be aware that we always seem to have problems when we get heavy rains. We have previously had part of the garden wall fall down, we have had an internal waterfall on the back wall of the cellar, we have had a river flowing down the outside cellar steps, plus the normal leaks through the roof. So we were quite cautious going indoors not knowing what we were going to be facing. The animals were not keen on going out and getting wet and muddy paws, which saved a job of chasing them round with a towel before they leave a trail of muddy footprints throughout the house. This time we were lucky as only one minor leak from the roof. 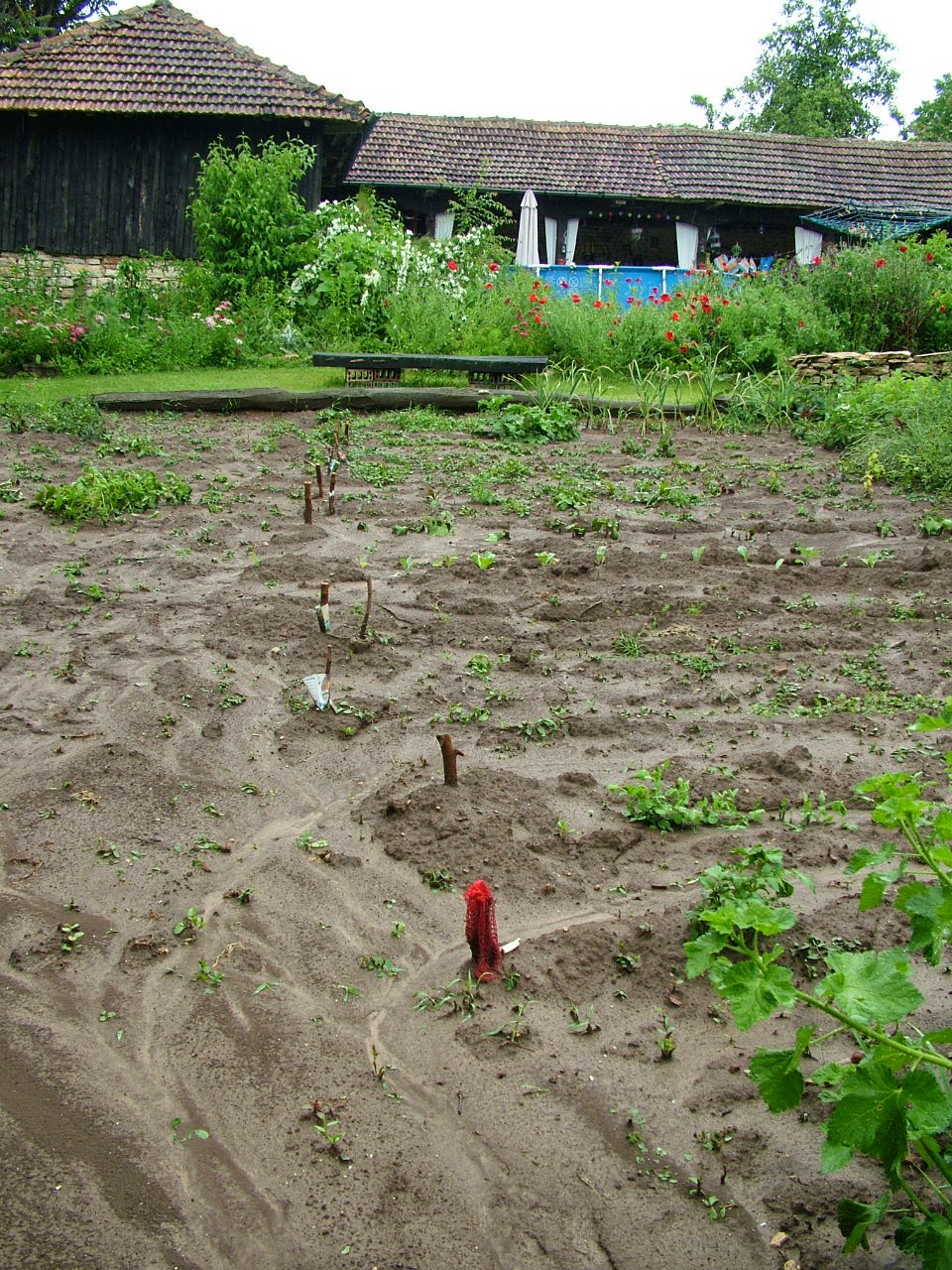 This time it looks like it was the garden which bore the brunt, especially the veg patch. That now looks as though a river has suddenly sprung up over night. Most of my trenches seem to have washed away, which is a nuisance as a lot of the seedlings were coming along quite nicely. It seems as though the bottom of the vegetable patch will possibly be producing mixed vegetables this year. All we can do is wait a few days for it all to start drying out before I can get out there and start to break the muddy crust up to give the seedlings a fighting chance. There are plenty of small peaches, apricots, pears and apples scattered beneath the various trees. One piece of good news for lovers of French cuisine, there seems to be an abundance of snails about.

By all accounts the thunder and lightning did continue throughout the night, but I managed to sleep right the way through it all. The rain has been off and on all day, pretty much like the power. I have seen a video clip of the road outside the village pensioner's club, and that is now a muddy river flowing along. 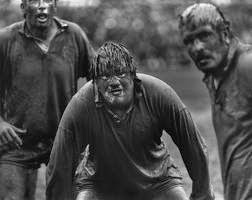 People might say that it is ideal weather for ducks, but even they seem to be noticeable by their absence. Everything just seems to be getting a coating of mud. The fireflies which I would normally see at this time of year have only been spotted for a couple of days. I guess that their light just isn't strong enough to shine through their beetle sized wet suits and raincoats. 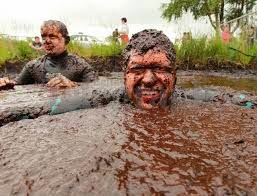 Looking at various weather forecast sites, we can expect more rain into tomorrow. So not only will everything be muddy but it is also going to be soggy. This means that I probably won't be able to do anything with the garden until at least the middle of the week. This is mainly down to the stickiness of Bulgarian mud. As soon as you stick a fork or spade in the ground the mud takes on a psychiatric dependency to your tools and just won't let go. It is the same just moving about in the garden the mud sticks to your boots and before you know it you are three inches taller but wearing diving boots. They do say that every cloud has a silver lining, but unfortunately it is horizon to horizon cloud so I can't even see the edges never mind the lining. Someone will probably have nicked the silver and dropped it in the mud, so it will never see the light of day again for a good few years. At least I have managed to get this blog article written before the power disappears or gets stuck in the mud. So wherever you are I hope that you are warm and dry.
Posted by Unknown at 15:38