The Story Of An Alphabet 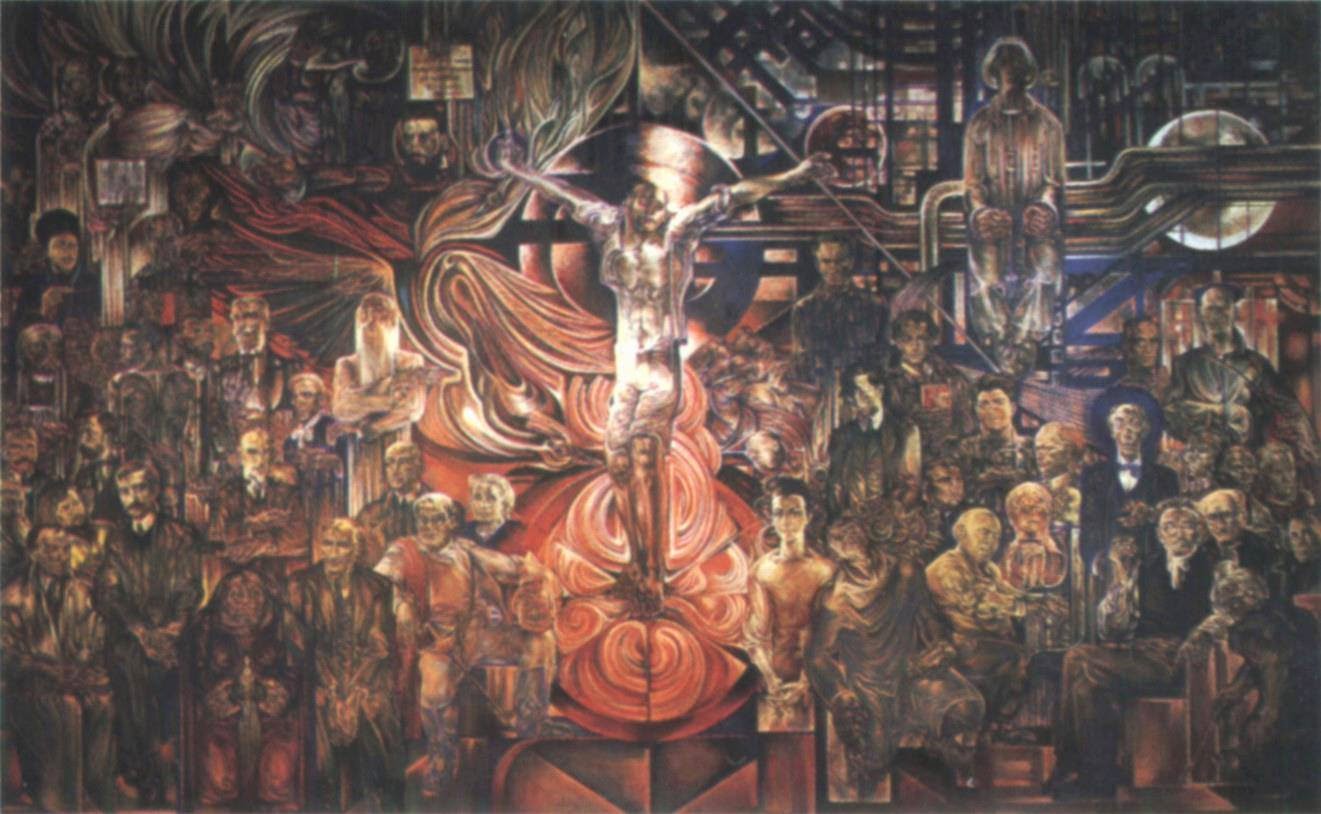 May 24th sees a popular celebration here in Bulgaria, it celebrates Bulgarian Education and Culture, and also Slavonic Literature Day. It was first celebrated at a school in Plovdiv, on May 11th in 1851. A lot of emphasis is placed on the Cyrillic alphabet, something which all Bulgarians seem very proud of. If you really want to upset a Bulgarian make the mistake and say that the alphabet has been borrowed from the Russians. The roots of the Cyrillic alphabet can be traced back to the 9th Century. 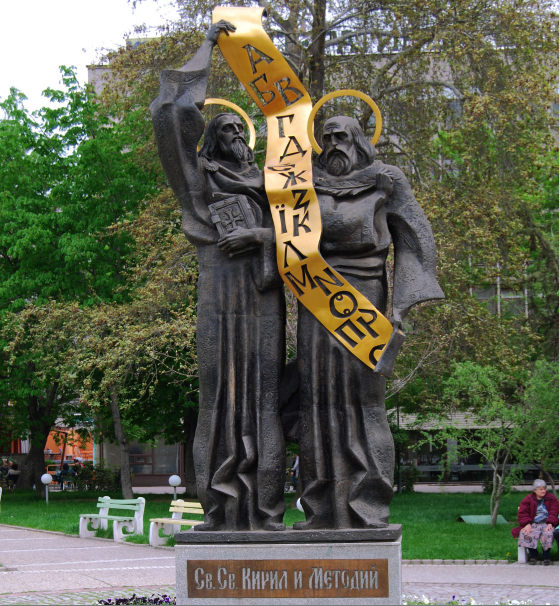 Up until that time the languages being widely being used were Greek, Hebrew and Latin as these were the only languages Christianity could be preached in. At that time in history Great Moravia was ruled by Prince Rostislav, this would include parts of what is now Slovakia and the Czech Republic. At the time the word of Christianity was being spread by priests of Germanic origins, and the Prince decided that if the word was to be spread it should be in a language his people were more likely to understand. So he petitioned the Emperor Michael III to send educated missionaries to the region to spread the word in a language that his subjects could understand. The Emperor sent two brothers, Cyril and Methodius to the region. They were both great scholars, theologians and linguists. They had already created something called the Glagolitic alphabet. This alphabet made use of three symbols associated with the church, these were the cross, the triangle and the circle. 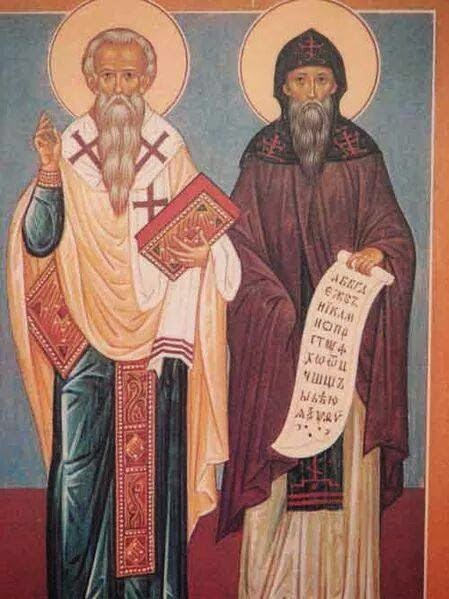 These brothers were originally from Thessalonika in what was Greek Macedonia. The brothers, and their followers began translating the Bible into the new Glagolitic alphabet. They also began spreading the word of Christianity in the Slavic language, so that the majority of the population could understand. The missionary priests that they had replaced were somewhat annoyed at having been ousted from the region. So in a fit of pique these priests accused the brothers and their followers of the serious charge of heresy. The charge was upheld as it contravened the three official languages permitted for teaching Christianity. So in 886AD Bishop Wiching of Nitra banned the new alphabet and imprisoned some 200 followers were imprisoned. The remaining members were expelled from Great Moravia, with many of them fleeing to the South. Some made it as far as Bulgaria where Tsar Boris I granted them asylum. Christianity had arrived in Bulgaria in 865AD but all of the teaching was conducted in Greek. In exchange for asylum Tsar Boris wanted the new Bulgarian priests to be taught in the new Slavic language and alphabet. A shrewd move on the Tsar's part as it helped to maintain Bulgaria's independence. 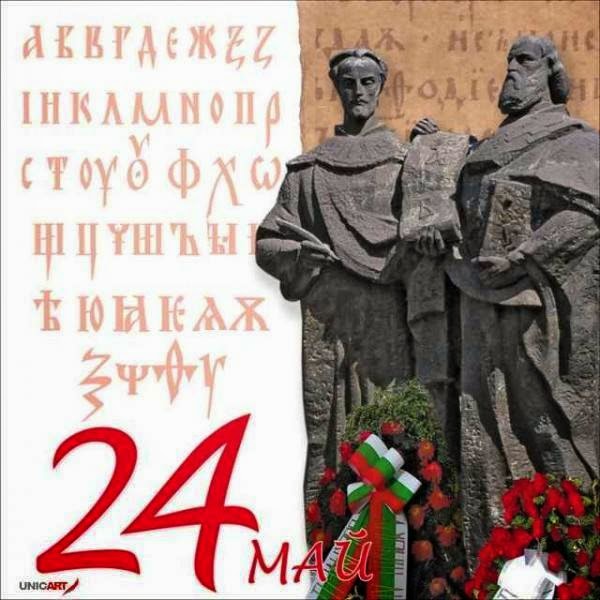 One of the joys of this new Glagolitic alphabet was that it was much better suited to the sounds of the Slavic languages. Academies were founded in Ohrid and Preslav. It didn't take too long before the new alphabet and language was being spread by students throughout the Slavic nations. It slowly evolved into the first version of the Cyrillic alphabet, thanks largely to the work of one of the brothers main followers who later became known as St Clement of Ohrid. This was towards the end of the 9th Century. The alphabet was then largely unchanged until several centuries later. Then the Patriarch Evtimii launched a wide reaching reform of all things literary, which included updating the alphabet. So when you look at the history of the language and how it has evolved, it is easy to understand why Bulgarians are proud of their language. 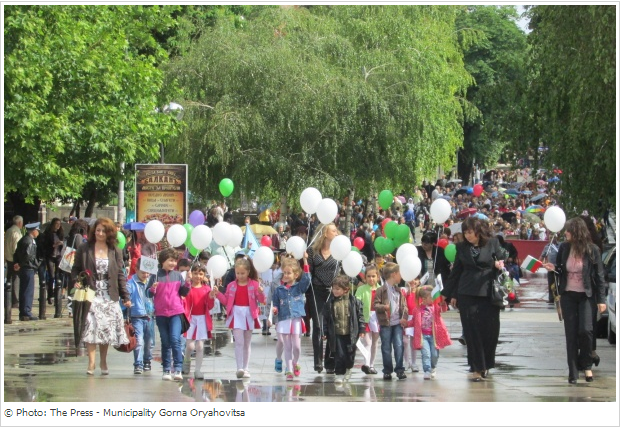 I have to admit that although the language is difficult, with the alphabet being phonetic it does tend to make things easier. If you can learn, or in my case teach yourself, the alphabet it does tend to simplify matters. At least I can now pronounce items on a menu, I might not know what they all are but I can now sound good. Fortunately I don't need to be a fully qualified linguist to order coffee and cake. Today is also about education as a whole with many areas and schools organising different festive activities. These can also include awards to both teachers and students. In previous years we have seen many parades with the pupils and staff of various local schools taking part. More often accompanied by balloons and flags, so this truly is a celebration for all ages. 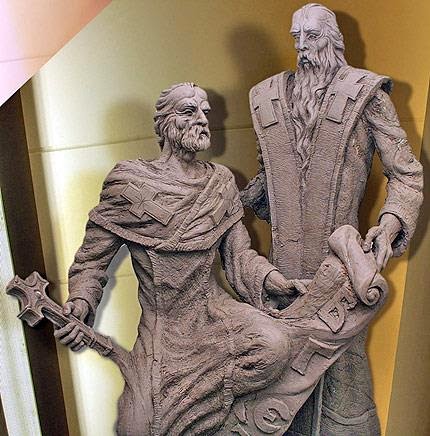 This alphabet has been about for over 11 centuries, and when Bulgaria gained admission into the European Union in 2007 it became the 23rd national language. Which also meant that Cyrillic became an official European alphabet. So whatever your nationality, and wherever you might be let me wish you 'Честит празник'. I don't know of anywhere else which has a celebration as unique as this, so it is quite possibly a solely Bulgarian event.