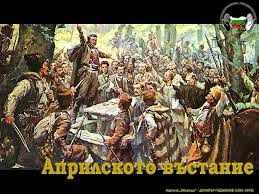 As we are now in April, there seems no better time than now to write about the April uprising (Априлското въстание) of 1876. At a meeting of the Bulgarian Revolutionary Central Committee, held in November of 1875, it was decided that the time was right to start preparing for a general uprising. To that effect Bulgaria was divided up into five revolutionary districts. These were centred in Vratsa, Veliko Tarnovo, Sliven, Plovdiv and Sofia. However the revolutionary committees of Sofia proved ineffective. To combat this the centre for region IV was moved from Plovdiv to Panagyurishte, so that both regions could be overseen from there. 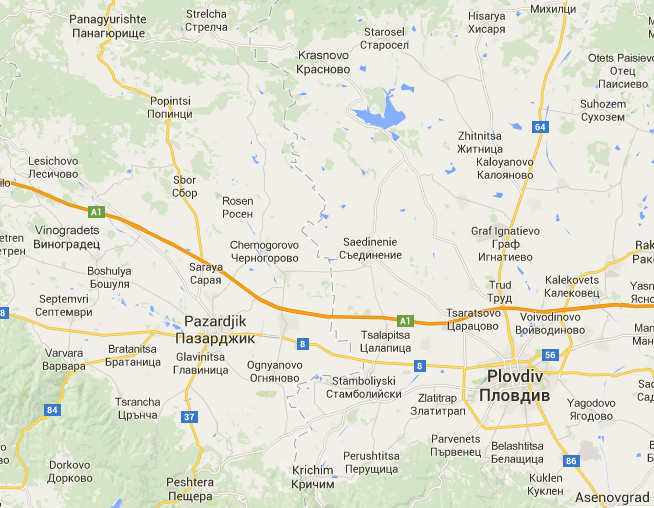 Somehow the Ottoman rulers got wind of a meeting of the sub-committees within the 4th district, and the Ottoman police arrested the leader of the Koprivshtitsa local revolutionary committee, Todor Kableshkov. Armed rebels attacked and surrounded the police headquarters, where Kableshkov was being held effecting his release. This led to the rebellion being proclaimed two weeks ahead of schedule, and soon the rebellion spread throughout the Sredna Gora region, and various other towns and villages within the north-western Rhodopes. Kableshkov is claimed to have sent a letter to the headquarters of the 4th Revolutionary council, proclaiming the revolt. He signed the letter in the blood of the slain Ottoman governor, hence it is often referred to as the 'Bloody Letter'. 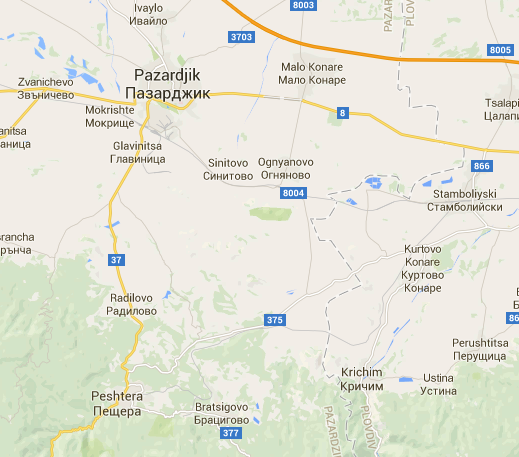 Since the plans were made for the uprising, villagers throughout the regions were building up stockpiles of arms and ammunition. These included wooden cannon, which were made from cherry and elm wood bound by iron. As it would be impractical for the 4th district to foment rebellion throughout the whole area, it was passed on down to sub-committees to charge trusted citizens to undertake this task. So rather than using a broad brush to paint the picture I shall focus on one area. That area is Bratsigovo, as that played quite a significant part in these uprisings. In this town a local man, Vasil Angelov Petleshkov, was given the task of coordinating the rebellion in that area, by Georgi Benkovski the head of region IV. But who was this man, in whom such trust had been placed? 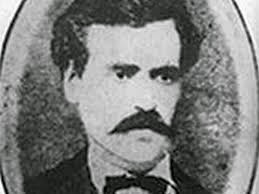 He was born in Bratsigovo on January 14th 1845, and was the son of Catherine and Nayden Velchev. Unfortunately his father died while he was still very young, and so his mother Catherine remarried. She married another local man, called Angel Petleshkov, who adopted the young boy. Young Vasil travelled to Constantinople, or what is now known as Istanbul, to study as a Pharmacist. On qualifying he returned to Bratsigovo, where he worked tirelessly for the cultural advancement of the local population. In 1874 he founded the local library and community centre, 'Trandafil', and he became its chairman. It was during this time that he devoted himself to help free the struggling population from oppression. 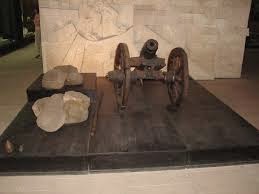 Once news of the revolt reached Panagyurishte, he made straight for Bratsigovo, and announced that the long awaited rebellion had begun. The villagers armed themselves and set about guarding the approach roads to the town. They successfully repelled several skirmishes by Ottoman troops and irregulars. Bravely they fought against insurmountable odds, aware that they couldn't hope for any help from outside. They could only rely on themselves and their families. Elsewhere the rebellion was being put down with unwarranted savagery, most notably in Batak, but still they fought. For almost a week they lasted, inflicting casualties on their oppressors, but such victories were short lived. 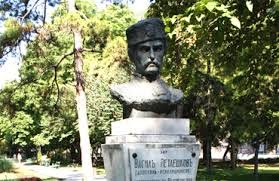 Enemy numbers were increasing, and on the 16th day they overwhelmed the town's defences. Vasil spent several days in hiding as enemy forces tried to capture the rebellion leaders. Many claim that it was Vasil's step-father who gave up his step-son's hiding place to the Ottomans. Whether that is true or not has faded into history, perhaps it was simply to prevent any more bloodshed. Being a pharmacist Vasil managed to take poison before he was captured. Unfortunately it wasn't fast acting, and he had to endure a cruel torture at the hands of the Ottomans. 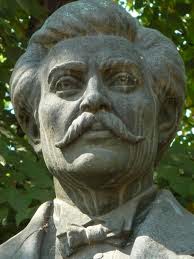 He was taken to the edge of the town where his body was tied to a stake, which was placed between two fires. These fires were then lit. Still the poison hadn't fully acted on him. As the fires were fanned, and burning hotter and hotter, he spoke his final words, "I am alone, there are no others. I led, I commanded. Look for no others." He died on may 8th 1876. His body was later found in meadows outside of the town, he had also been bayoneted several times.

How successful was the April Uprising? For one thing it did highlight, to the Western world, the atrocities that the Ottomans had used to suppress the rebellion. In short maybe this helped to focus public opinion from outside, which in turn maybe they saw the forced removal of the Ottoman yoke as a justifiable act. Would this understanding have happened were it not for the sacrifices that such men made throughout Bulgarian history? One good thing that I have found is that Bulgarians do not lightly forget their national heroes. Their lives live on through history lessons taught in schools, roads, stadia and schools are proudly named after them, and their statues can be found all over the country. Their houses are preserved as museums, and some even make it on to stamps.

Posted by Unknown at 23:04 3 comments: Links to this post 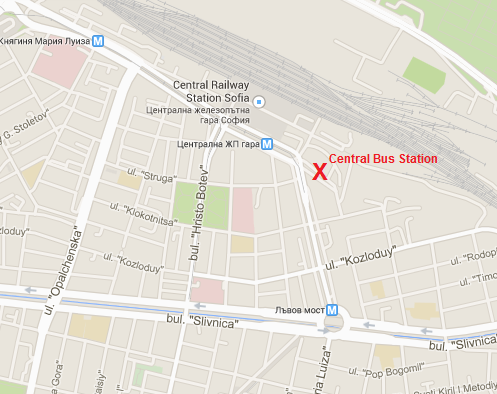 A quick look at the calendar shows that we are now in April, it is so easy to lose track of the days here in Bulgaria. Which means that Baba Marta has packed her bags for another year. The Storks are back, there is blossom on the fruit trees and daffodils are nodding their heads in the gardens. I think that we can say that Spring is definitely here, and as we all know following Spring we have the long awaited Summer. Summer is also the time when families come out to stay in Bulgaria. Not only that, those of us living here also start to get itchy feet, and start to plan our own Summer getaways. Some will choose to explore different parts of Bulgaria, whereas others will have their sights set further afield. Whether it be family coming into Sofia, or yourselves leaving from there, the common link is the airport.

So let us take those flying out, as for anyone flying in this hopefully handy guide will operate back to front. Many choose not to drive and leave their cars in the long stay car parks at the airport. This tends to give them one of two options to get to Sofia, either by train, or by bus. Fortunately the Central Bus and Railway stations stand almost side by side on Knyaginya Marie Louise Blvd, not that far from the Lions Bridge. Previously, to get from either place out to the airport, involved dealing with taxi drivers and their somewhat erratic tariff schemes, which in some cases cost the unwitting 100 Leva. As of today, April 2nd, there is another option, as the Metro line out to the airport has opened, and the price of a ticket in 1 Lev, for anywhere on the Metro.

As is always the case with something new, there are going to be people worried about how to use the thing, but hopefully this blog will help as I haven't found anything in English yet. So first of all, if you have arrived in Sofia's Central Bus Station you need to wander over to the Central Railway Station, but please remember to watch out for buses and taxis. Especially the taxis, as they know where you are going, and you are one fare less for them. Once you have safely reached the Railway Station you will need to find the Metro, so look for the big blue M above a blue chevron. Tickets can be bought at the ticketing desks or from machines. The Metro is underground, so you will need to go down steps, at the moment I don't know about disabled access, but if in doubt ask. 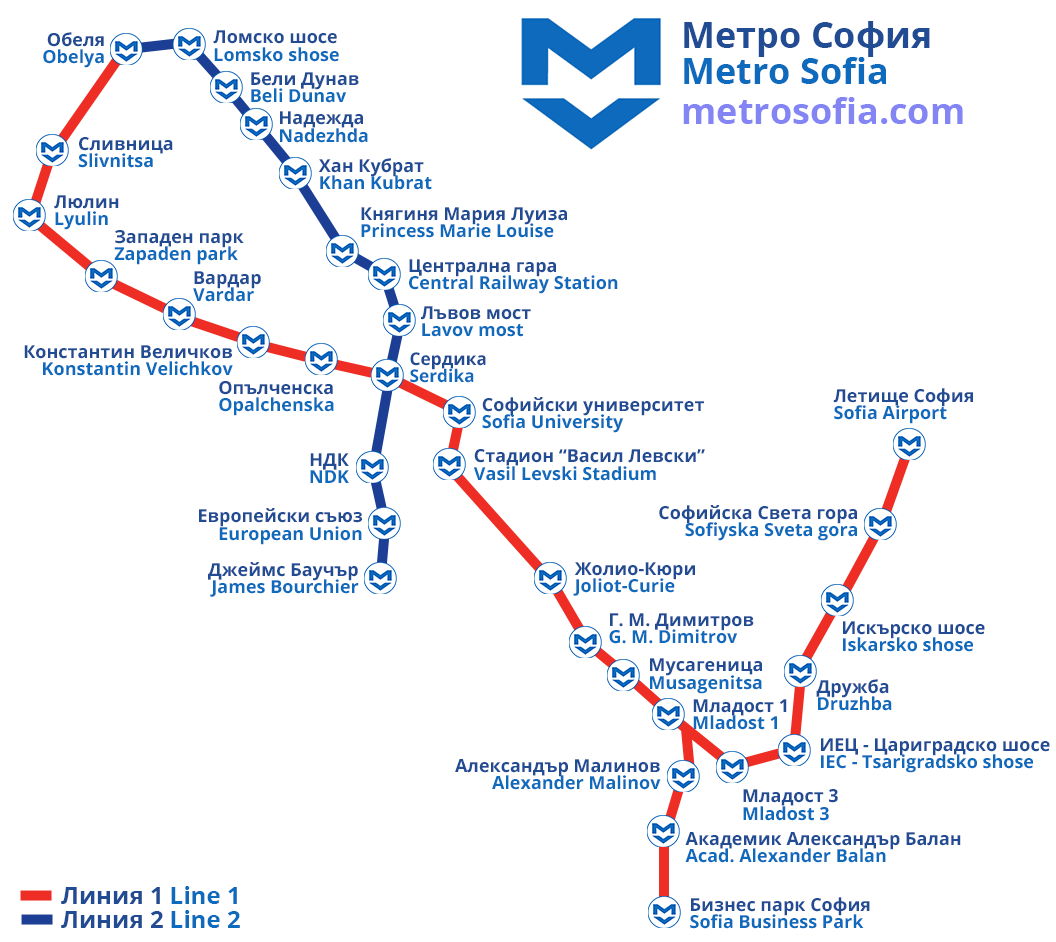 You won't be surprised to learn that this station is called Central Railway Station (Централна Гара) and is on Line 2 (that's the blue line for you and me). The airport is on Line 1 (the red one), so you will need to change platforms. The station where you do this is the main interconnecting point for the Metro lines, and is called Serdika (Сердика), and is only about 4 minutes journey. With it being the main Metro interchange there will be a bit of a traipse through tunnels to get you to the Line 1 (the red one remember), so try not to get yourself lost. Once on the Line 1 platform look around and see if you see others there with suitcases, if they are on the other platform to you then chances are you are on the wrong one. Keep an eye on the notice board for train arrivals, you want to go to the airport (Летище Софиа) and not out to the Business Park (Бизнес Парк Софиа). 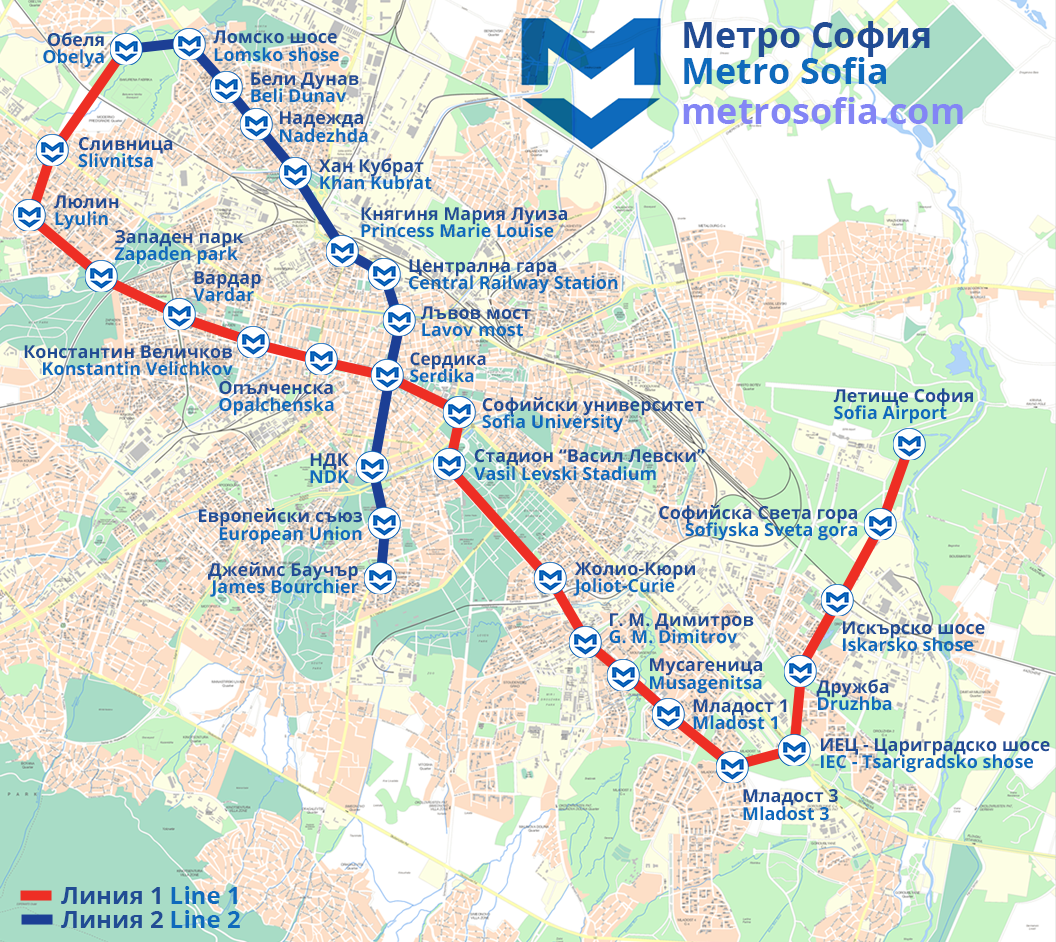 It used to take about 20 minutes to get as far as the old line ended at IEC - Tsarigradsko Shose (ИЕЦ - Цариградско Шосе), but now you have another 4 stops to go. It might be cheaper than a taxi, but if time is important for checking in then maybe its not such a good option. So almost an hour after starting at the main Railway Station you arrive outside Terminal 2 of the airport. I daresay that in time the service might quicken up, but at the moment that is definitely something to take into account when planning journey times. The Metro station isn't even connected to the terminal, so you still have a bit more walking to do, although it is only a couple of hundred metres. Maybe not so bad in the summer, but possibly not so pleasant in the winter, or when it is persisting down. 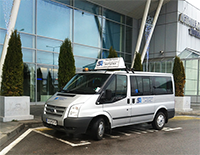 That is OK for those who want to be at Terminal 2, but what about those who want Terminal 1, the old terminal. Look outside the front of the Terminal building and you will see a marked area for a FREE transfer between terminals. If you see a vehicle there all well and good, if not then you might have to wait half an hour for the next one. So all told it could take you about an hour and a half to get from the main Railway Station to your check-in at Terminal 1. The return journey, or for family coming out the time constraints might not be quite so important, unlike your flight out or their return journey. The Metro runs from 5 in the morning until midnight, and the FREE inter terminal link runs from 7 in the morning until 7 in the evening. The return journey is the reverse of the outward trip, but if you do decide to use the Metro keep in mind that it does get busy during the rush hours. Hopefully this blog might help, or at least it may give a bit more of an insight until more information becomes available.

Posted by Unknown at 19:58 8 comments: Links to this post