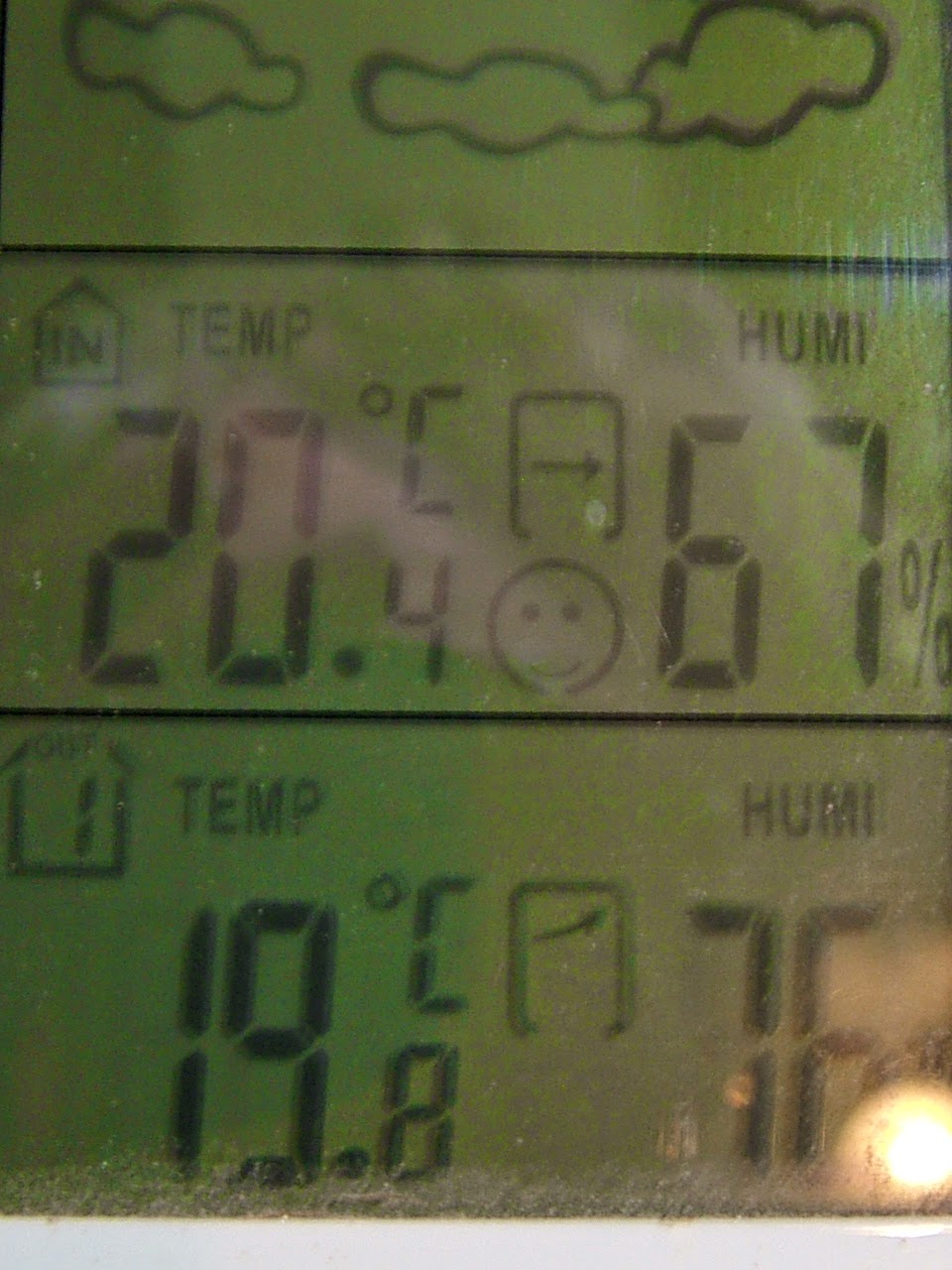 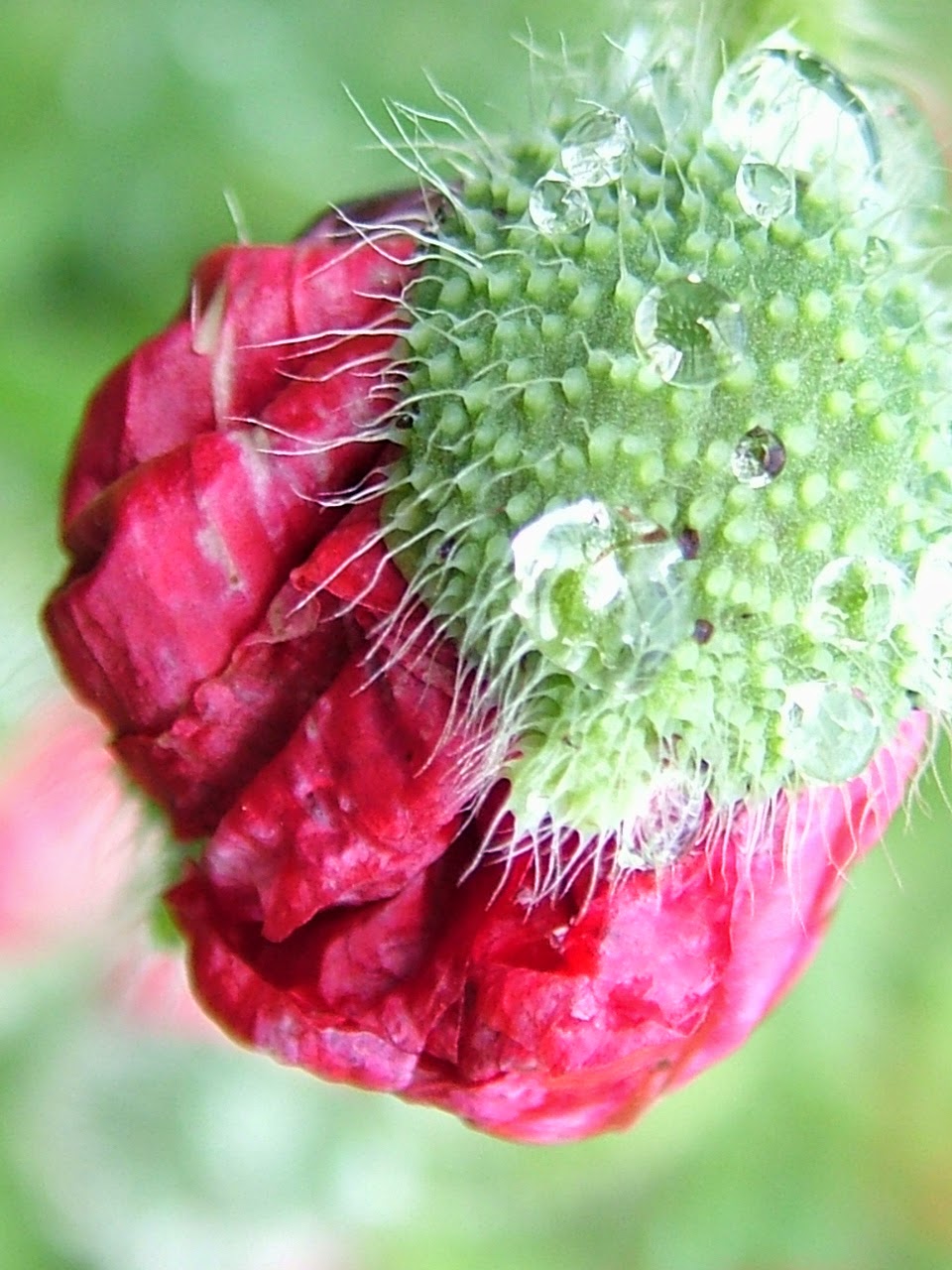 Well, so much for 'flaming June', it seems to be more of a damp squib so far. There has been so much rain just recently that rivers have swollen, and in places they have burst their banks. Roads have been closed for various reasons, but almost all have been storm related. Even though this is only the 4th of June, each day we have had a thunderstorm rumbling around. My knees tell me that we are also likely to get even more wet stuff today. Or it might just be because I was actually in the pool yesterday cleaning it. Even with the solar cover on the water was cold, had the Titanic been about I wouldn't have been surprised to see an iceberg floating by. On the bright side we have seen the normal Fireflies about, although with this unseasonably cold and damp weather their erratic flight patterns might be due to them sneezing and coughing in midair. At times it feels like being back in the UK with the gloomy looking grey skies, and having to wear more clothes than normal for this time of year. 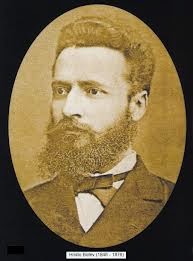 A Bulgarian friend reminded me that, there are certain things which happen at this time of year which will remind people that they are in Bulgaria. For those in towns, cities, and maybe even larger villages, don't be surprised to hear air raid sirens wailing at midday on June 2nd. In smaller villages we get maybe a Donkey back firing or an extra loud crow from a cockerel. Don't panic you are not about to come under attack. Some say that the sirens will sound for a minute, but others say that they should sound for three minutes. When the sirens sound everything stops, possibly not too bad at a weekend but should the 2nd fall during the week, lessons halt in schools, public transport pulls to a halt. Then when the sirens cease life continues as normal. The purpose of the sirens is to remind all Bulgarians of those who have sacrificed their lives in the name of Bulgarian freedom. The focus of this is a Bulgarian national hero, Hristo Botev. Even today you will notice numerous streets and parks which have been named in his honour. 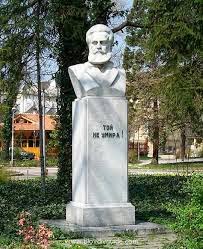 Maybe you are wondering who this man is. He was born in 1848, and died in 1876, so even though he only lived for 28 years he must have been quite something to cause so much respect.

He was born in Kalofer. His father was a teacher and also involved with the National Revival towards the end of the Ottoman occupation. As one might imagine he had a lot of influence on his son as he grew up. Once Hristo had completed his education in Kalofer, his Father sent him to Odessa to continue his education. While there he grew to admire the works of some of the more liberal Russian poets and intellectuals. He completed his education in 1865, and spent the next two years teaching in both Odessa and Bessarabia. At the same time he was also writing his own first poetic works. Not only that, he was starting to forge links with the Russian and Polish revolutionary movement. In other words he was starting to develop his own political ideology. 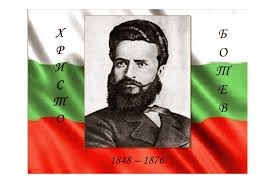 His father had fallen ill in 1867, and Hristo returned to Kalofer to teach in his father's stead. During public celebrations in May, young Hristo stood up and made a speech against both the Ottoman authorities and wealthy Bulgarians. He felt that these wealthy Bulgarians were in collaboration with the Ottoman regime. Due to this speech he was forced to leave Kalofer. Ideally he wanted to head for Russia, but finances dictated that like so many other Bulgarian exiles he ended up in Romania. For a while he even lived in an abandoned mill near Bucharest. It was here that he became friends with another Bulgarian hero, Vasil Levski. 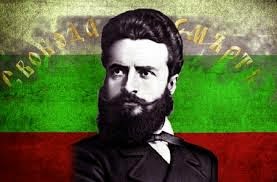 He became convinced about the need for an armed uprising to enable Bulgaria to throw off the Ottoman yoke. Others were of the same mind and so guerilla units, made up from Bulgarian emigres, were created in Romania. Once again he found himself working as a teacher, but at the same time he kept close links with the fledgling Revolutionary movement and its leaders. In 1871 he became editor of the revolutionary newspaper Word Of The Bulgarian Emigrants. Unfortunately he was imprisoned for some months due to his collaboration with various Russian revolutionaries. On his release he started working for the Liberty newspaper which was edited by Lyuben Karavelov, he also wrote articles for Budilnik. 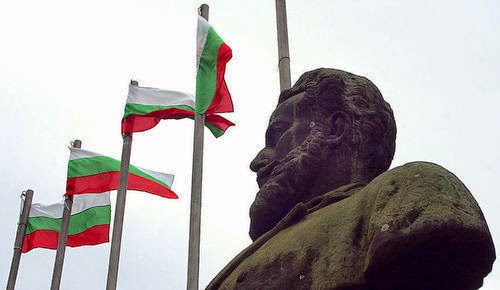 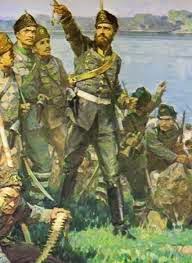 In April 1876 an armed company was formed to cross the Danube and join in the expected armed uprising. Disguised as gardeners and labourers these 200 men joined the passenger steamship, Radetsky, from various ports along the Romanian shore. Once together they broke out their weapons and seized control of the ship. They disembarked at Kozloduy, kissing the soil of their homeland, with Botev at their head. As they headed inland it soon became clear that the promised uprising had not taken place. Botev and his staff officers decided to continue to head for the mountains at Vratza, and they would try to rouse the population as they progressed. Unfortunately the area was heavily patrolled by enemy forces, and these revolutionaries soon came under attack. The revolutionaries fought several defensive skirmishes against numerically superior forces. The revolutionary force was split and under cover of darkness made their way through the enemy lines. Once clear they continued with their drive to the mountains.

The revolutionaries were pursued by enemy forces, and so once again they split into two. These two units took to the high ground near Mount Okoltchitza, where it would be easier to defend themselves. Various attacks were repulsed throughout the day, but as dusk was falling Botev was mortally wounded by a single shot from an Ottoman sharpshooter. That day was equivalent to what is now June 1st, and due to the loss of their leader the revolutionaries suffered a loss of morale and started to disperse. So now each year on June 2nd the whole of Bulgaria, both young and old, pay silent homage to all who gave their lives in the name of freedom. It does make me wonder whether the same level of respect will be shown in a couple of days time when they world reflects on the events of D-Day 70 years ago, when so many young lives were lost in the name of freedom.