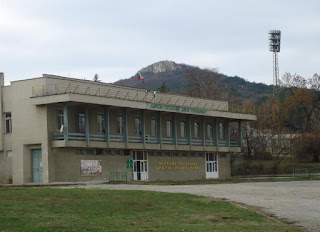 Thinking back to round about September/October time last year and there were reports about how harsh this winter was going to be. I think that we can safely say that they managed to get that wrong. So we have had a few evenings where the temperature has dropped to about -15C, but that has been nothing compared to other years. It is also true that we have had part of the Cresta Run going outside our house. That has been largely thanks to the village children and their bits of board. We have been able to get out and about this winter, so to my mind that indicates that it has been a lot milder than normal. I have only caught the bus into town once, so that in itself has been an added bonus. So here we are not quite the end of January and it is snowing again. Will it be the final flurries of winter? That remains to be seen.

This last week has found us in town meeting up with friends, which even in itself is nice for this time of year. Even the temperature was hitting round about 18C and it felt like a late Spring early Summer's day. After having something to eat we decided that the weather was too good to be wasted, and we all agreed that a walk would be a good idea. Now for those who know Gorna Oriahovitsa you will have noticed the big stone cliff face that overlooks the town. To the locals it is simply known as 'The Stone'. It is a popular walk with the locals but not something that we have really done, but even though we weren't really dressed for it we decided to give it a go. 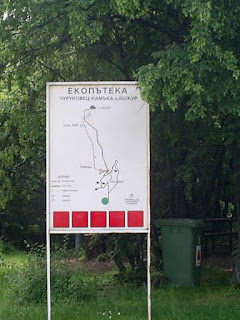 I was surprised to see just how many others were doing the walk too as it was midweek, but there were the elderly, family groups and dog walkers all enjoying the unusually warm weather. They all seemed to be heading for the hut/cafe at the top and then turning round and going back to the bottom. The road and paths wend their way through woodland and even in the summer it would be quite a pleasant walk. Where everyone else continued straight on we headed in the direction of a sign saying 'Panorama'. This put us on the Ecotrail for The Stone, we decided that we might as well try it seeing as how we were there. The first bit of the trail was easy enough to follow as it had been marked with red and yellow paint, although this did seem to peter out and we were left to our own devices. Following a slight detour we found ourselves at the base of the Stone, so we back tracked slightly and found a way up. Others had been there before us as there was evidence that wine connoisseurs had been having one of their meetings there. That to me is one of the main disappointments, this is such a scenic country but rubbish just gets dumped or left. 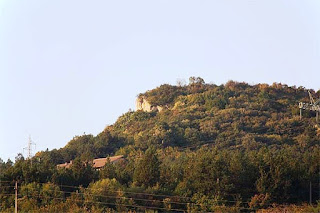 We scrabbled over mossy rocks and slowly made our way to the summit. We even managed to find the paint marks again so we knew that we were back on the right track. On getting to the top the whole of Gorna Oriahovitsa was spread out at our feet. Wow, what a view! Sod's Law of course dictated that between the four of us none of us had a camera with us. We were able to spot various villages and landmarks as we stood up there , we even spotted another couple of potential walks. If anyone had told me back in the autumn that in the middle of January I would be stood up on top of the Stone looking over Gorna Oriahovitsa I would have thought that they had gone mad. We have all decided that we are going to do the walk again and next time we are going to take cameras with us. So maybe our walking season has arrived a wee bit early but we don't mind.
Posted by Unknown at 14:51 No comments: Links to this post

Well hello everyone and welcome to 2013, and our first Blog of the year. Luckily it seems as though the Mayans prediction that the world would end last month has failed to materialise. Or maybe it has, and we remain blissfully unaware. It might only be the 6th of January but there have already been a couple of important traditions enacted across Bulgaria.

The first took place on the 1st of January and is known as Sourvakane. I have covered this in a previous Blog so I shall not dwell on this too long. This is the ritual where young children go from door to door with their decorated Cornel twigs. In towns it is possible to get mass produced commercial versions, but in the villages it still tends to be more traditional. Our first ones started ringing the doorbell at daft o'clock, evn the streetlight was still lit. I thought it safer for the children for me to try and ignore them, after all I hadn't even had a cup of coffee by then. Even the dogs and cats were very reluctant to stir. I was safe in the knowledge that they would be back, and sure enough they were but at a more sensible time. When you answer the door to them you are meant to turn round so that they can pat you on the back with their decorated cornel twigs or wands as they say a rhyme or blessing.

“Sourva, sourva, the year, merry and prosperous year!Lots of wheat in the field, red apples in the orchard,Gold coin in the cupboard, large grapes on the vine,Hives full of honey, young chickens everywhere!May you be alive and healthy this year and forever!"

We had about a dozen children who visited us this year, which was more than normal so there were some who were probably visiting family. Hopefully this will mean that we are in for a healthy year. 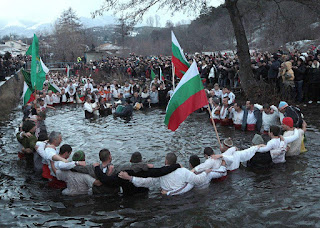 The next main tradition happened today, and goes by various names, Bogoyavlenie, Yordanovden, Voditsi, Vodokrushti or Men's Water Day. All of the names revolve around water, according to the Eastern Orthodox teachings it was on this day that Christ was baptised in the River Jordan. I can remember when I was growing up and there were items on the news about people swimming in the Serpentine, or the sea, on New Year's Day. Even at such an early age I can remember thinking 'Sod That'. Over here in Bulgaria winter has a tendency to be a bit colder but on this day it doesn'tseem to matter. The day starts with the church bells ringing and the priest saying a mass. From there people head for the nearest river or lake. Once again the priest says a small mass and casts his cross into the waters. The young men attempt to catch the cross, or at least retrieve it from the water. I think that it is just a thing that men get involved with, but this celebration doesn't seem to happen in our village beyond the ringing of the bells. 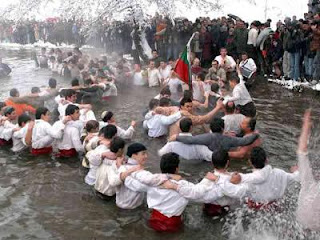 Whoever retrieves the cross returns it to the priest, in exchange for a small gift and a blessing. This person is thought to be guaranteed health and happiness throughout the coming year. Presumably that is if he doesn't succumb to pneumonia after his dip. There are slight similarities to doing Arctic Survival Training (AST), water is bloody cold at this time of year. Thankfully I have not been roped into this, or even volunteered. In most of the country it is a big celebration as is also used as a portent to how the harvest will be the forth coming year. If ice forms on the cross after it has been in the water, then there is going to be a good harvest. Once this ritual has taken place people are said to wash their hands and faces in the water. This will also ensure their own health and happiness forthe coming year. Even the old and infirm are not forgotten, water is bottled and taken to them.

For the most part I do try to use my own photographs for our Blogs, but as this event doesn't seem to happen in our village I have included random photographs from the internet. Unfortunately I don't know who the photographers are, but I would like to pass on my thanks to them. Although a lot of the depictions are of people in traditional costume, this doesn't mean that they are compulsory 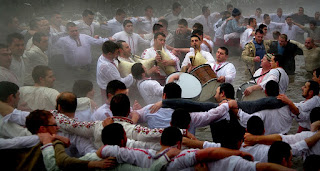 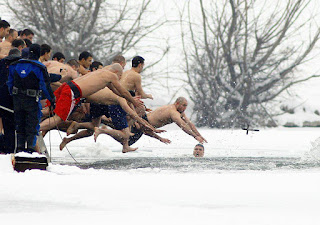 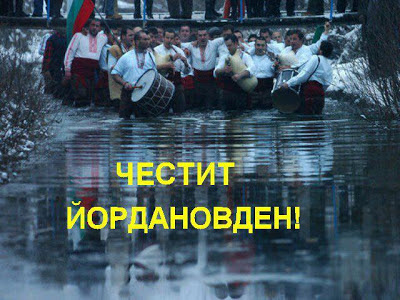 Posted by Unknown at 15:51 No comments: Links to this post