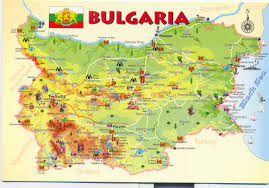 Bulgaria is a wonderful country, with so much to see and do. However, it does seem rather reluctant to promote itself. With many of us having friends and family visiting throughout the year, sometimes it is not an easy task to give them a lasting impression about why we enjoy living here. Yet did you know that since 1966, there has been a national movement to promote tourism amongst the many historic, cultural and natural landmarks. I certainly wasn't aware of it until I did a little digging. Initially this list of 100 sites did include various monuments to the communist regime, but the list has been brought up to date in 2007, 2008 and 2009. 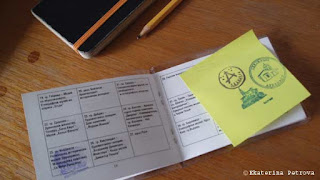 Although only available in Bulgarian, for 1.50 Leva, you can even get a  passport sized stamp booklet, issued by the Bulgarian Tourist Union (BTU). Each of the sites listed has its own unique stamp, which the tourist can get stamped into their book. The booklets themselves are available at any of the participating sites. Even though there are 100 sites on the list, some towns might include more than one tourist spot. It might seem slightly old fashioned, but to my mind it is quite endearing, and much nicer than pinning a flag on some social media programme. Not only that, but there are awards which can be attained, depending on how many stamps are collected. Bronze, Silver and Gold pins are awarded to those who collect 25, 50 or 100 stamps, think of it as the Olympic Games for tourists in Bulgaria. In addition to which pin winners from the previous year are entered into a prize draw each August, with the possibility of winning domestic or foreign trips, bikes, tents and other tourist related prizes. Luckily the booklet contains a separate map, which lists all 100 sites, and also gives their addresses and operating hours. So below you can find the list, separated into districts which will hopefully make things easier. 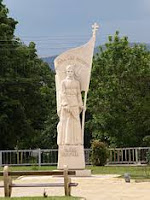 District of Pernik
39. Tran (Трън) - Gorge on the Erma River 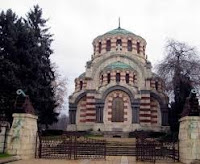 Email ThisBlogThis!Share to TwitterShare to FacebookShare to Pinterest
Labels: Tourism