What's On The Menu 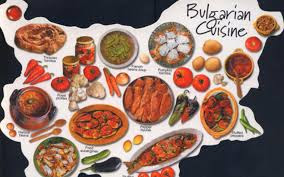 This week we had a very nice parcel turn up in the post, sent to us by a wonderful Bulgarian lady. In it there was the mix for 'proper' doughnuts, and a jar of Marmite. The doughnut mix I knew about, but the Marmite was a very pleasant surprise, and it was sent because it isn't the easiest thing to find here in Bulgaria. To say that I had a big daft grin would have been an understatement. So once again thank you very much, you know who you are. It did start me thinking though, every so often we still get asked about things we miss, even after nearly 7 years. Most times it also involves food, but the good news is that your palate adapts, or you change things to suit your own tastes. When I have tried to explain this, invariably it leads to the question , "What do you eat then?" Apparently the answer, "The same as Bulgarians eat", is insufficient, as the next question is, "What do Bulgarians eat?". 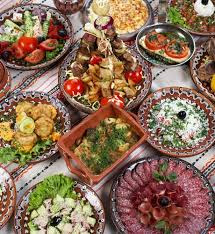 For those who have never visited Bulgaria before, the cuisine on offer is wide and varied. I guess this is only to be expected, as there have been many different influences over the years, and dishes do have regional variations. For the unwary things can either be a treat or a torture. I am still wary about a roast sheep's head, complete with eyes and teeth, staring at me. It might be considered a delicacy, but for some reason my stomach rebels. I am a firm believer in trying things to see if I actually like them, and sometimes I am pleasantly surprised, but there are times when even I have to admit defeat. Yes, me, the person who has been referred to as a two legged dustbin at times. So where to start? At lot depends on, if you are eating on the go, at a restaurant, or maybe you have been lucky enough to be invited to a share a meal with Bulgarians in their home. My aim is to let you know about some of the things you might experience. 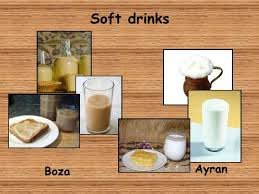 Everyone seems to know about beer and wines, and there are plenty to choose from. So let's look at some of the other things you might be tempted by. Bulgarian children seem to have been raised drinking something called Boza, even though it has a slight alcohol content. Quite often this will be drunk as an accompaniment to a Banitsa. These are a Bulgarian pastry, often filled with the famous Bulgarian white cheese (Sirene). To my mind the Banitsa is great on its own, and are available from bakeries all over the country, even better if they are homemade. The Boza is another matter, it smells and tastes slightly sour, and made me think of something that had been strained through a Tramp's old sock. It is made from wheat and heaven only knows what else. A safer bet is Ayran, which is a mixture of proper Bulgarian yoghurt and water. Don't dismiss Boza out of hand though, you might find that you enjoy it. 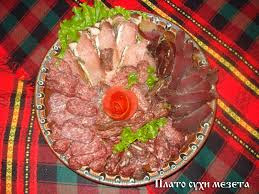 As a light snack you might try the meze. This is normally a selection of cold dried meats (Sudyuk, Lyukanka and Pasturma), and sometimes cheeses too. Chances are if you are with a Bulgarian, you might be offered the chance to try the National drink, Rakia. If you are in the villages it is probably homemade, and everyone is proud of their own particular brew. The homemade Rakia, can either be better than the shop bought versions, or a cross between Domestos and rocket fuel. Do not try matching your Bulgarian friend drink for drink, or you will lose a couple of days and eventually regret what seemed like a good idea at the time. Take your time with it, and enjoy the meze. 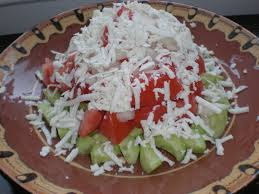 No trip to Bulgaria would be complete without trying at least one Shopska salad. I freely admit that I am not the world's greatest salad lover, but this is different. The salad vegetables are normally locally grown and packed full of taste. Not like the mass produced watery stuff, that I was familiar with in the UK. Take a look at your Shopska salad, and then look at the Bulgarian flag, Food doesn't come much more patriotic. Don't just limit yourself to just the one type of salad, try a Shepherd's salad, or a Potato Salad or even the Snezhanka salad. There are so many to choose from, and I haven't been disappointed by any of them, and if there is such a thing I used to be a saladophobe.

If you are out and about and just fancy a quick bite to eat, then just follow your nose. It will lead you to either a skara stand or a kebab stall, quite often both. From the skara stall you can get kebapche and kyufte (sausages and meatballs are the easiest way to describe them). Quite often they seem to have been a bit heavy handed with the Cumin as it can be a bit overpowering). I am quite partial to a donner kebab, and it is nothing like the Friday night specials in the UK. These are basically a meal on their own, meat, chips, salad, garlic dressing, and chilli sauce in a flatbread wrap. Or there is always the ever popular pizza, but they are always much better in a pizzeria. 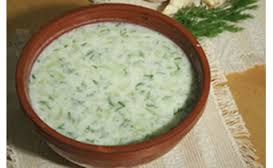 In a restaurant you might fancy starting your meal with a soup. At the moment it is quite hot during the day, and many claim that a Tarator soup is quite refreshing. It is a yoghurt based soup, made with cucumbers, garlic and dill, and is served cold. To my way of thinking soups should be served hot, and a bean soup (Bop Chorba) is good in the autumn. A couple of soups I do avoid. One is a much vaunted hangover cure, this is called Skembe Chorba. It is tripe soup, and you flavour it yourself with lots of vinegar, salt, pepper and oil. Possibly not for the faint hearted, and as a hangover cure it possibly falls into the realms of kill or cure. Another I tend to avoid is Lamb soup (Agnesko Chorba), which might sound odd, but it normally has unidentified bits lurking within.

Once the weather starts to cool down the heavier meals begin to appear. One of my favourites is something called a Kavarma, each region seems to have its own special recipe, but often it is a hearty meat and vegetable stew, which has been marinaded and slowly cooked before being served in an earthenware pot, sometimes with an egg on top. Something similar is a Gyuvech, often a vegetable stew, but can sometimes also contain meat, so it might be a good idea for any vegetarians to check first before ordering. 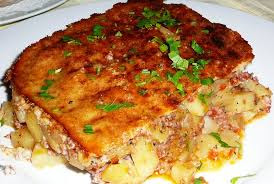 Something that I used to dislike is Moussaka, but I hadn't had the Bulgarian version before. This seems so much better than the Greek version, where I seem to be forever fishing out bits of Aubergine. Our neighbour often seems to cook this, and brings some over for us, which is really very nice of her. We have also been treated to fresh home made banitsas, and something called Mekitsi. These are doughnut type balls dusted with sugar, then served with jam, honey or chocolate spread. When they are ready stuffed peppers are also popular, as are something called Sarmi, stuffed cabbage leaves. When you get cabbages as big as basketballs, the leaves hold a surprising amount. 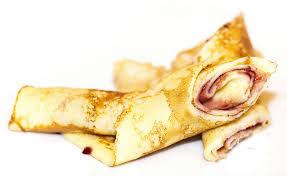 Desserts don't seem to be a big thing here, and in a restaurant your choices might often be ice cream, or palachinki. Go for the palachinki at least once. They are mid way between a pancake and a crepe, and wonderful with jam. Having said that I often don't have any room for a dessert after having eaten my fill beforehand. I think that I can safely say that I enjoy the food here, with maybe just a couple of exceptions. Hopefully you will too, if you venture to this part of the world. Try things, there are many more things to tempt you than I have mentioned, and you might be as pleasantly surprised as I have been.

Some cooking styles which you might see on a menu, decoded for you, 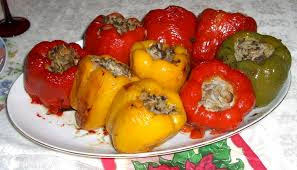