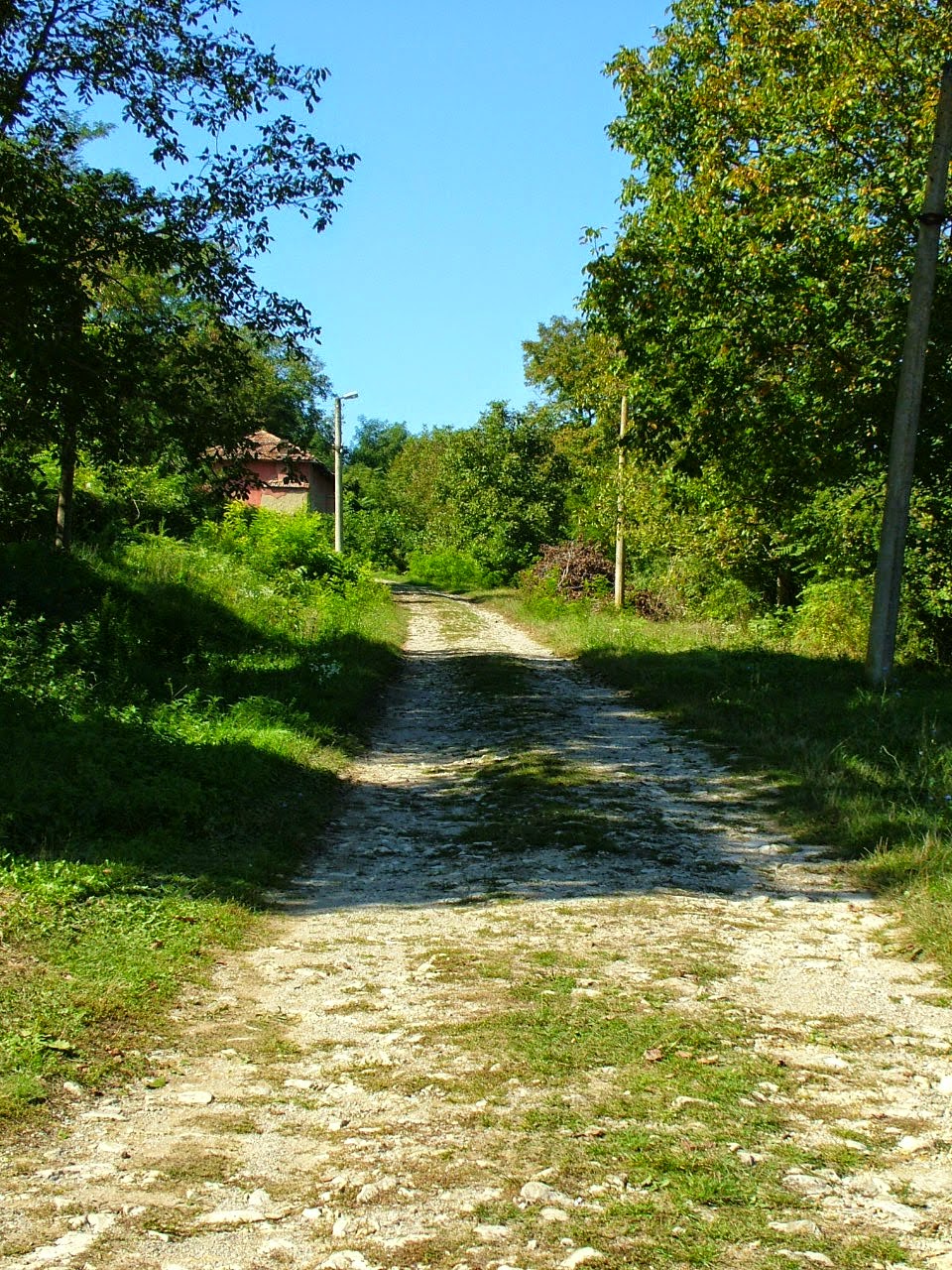 We were working out the other day, that we have now lived here in Paisii for just over six years. In all of that time the only things to stay the same each winter, have been our preparations for it. No two winters have been the same, we have faced mild damp winters and bitterly cold winters. In all honesty I preferred the bitterly cold as we did at least see blue skies, rather than oppressive leaden grey skies. So here we are fast approaching mid October and our preparations are already underway. It might still be temperatures into the 20s, but there is much to be said for the old adage about 'making hay while the sun shines'. Also making an early start means that things aren't done in a rush. Having said that we are bound to forget something, as 'I' always seem to manage to do. So while the weather is decent I have mainly been focussing on the tasks which need doing outside, while Net has been doing some of the indoor things as well as being my director of operations. 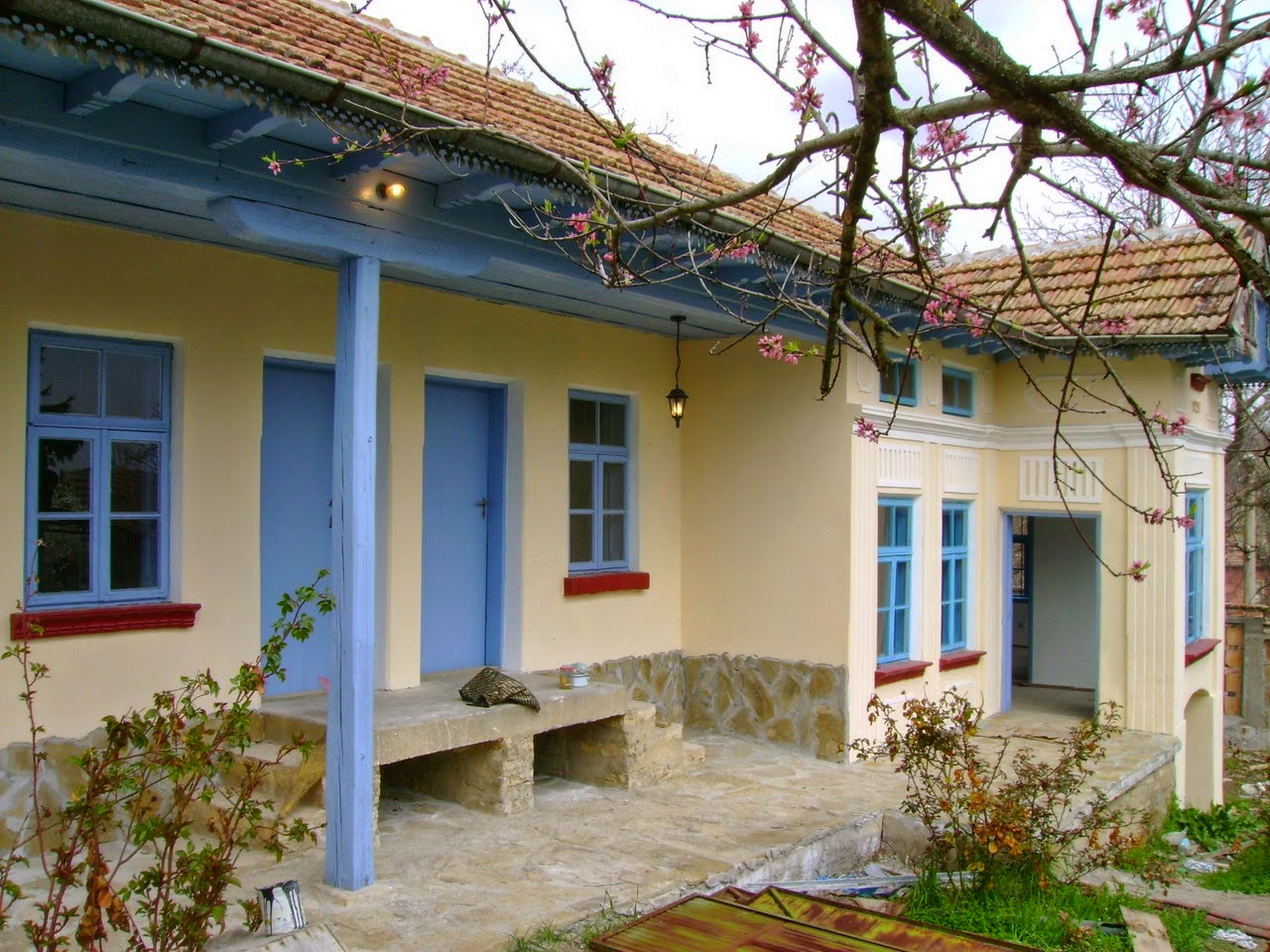 I have made the most of it being dry this week and have had my ladders out again. This time I have been up on the roof and checking for cracked tiles, damaged flashing round chimneys, and any damage to the pointing on the ridge tiles. As the tiles used here are like the fired clay type, it doesn't take long for the extremes of temperatures to cause damage. If any are cracked rainwater can come in, and if that freezes a cracked tile can become a broken tile. So I find that a check in the Autumn and another one in the Spring potentially saves me a lot of problems. Remember me writing about having to trim the branches of the walnut outside? While I was up on the roof I was able to have a good look along the length of the power lines, and could see that there shouldn't be any problems with snow laden branches this year, and hopefully next. 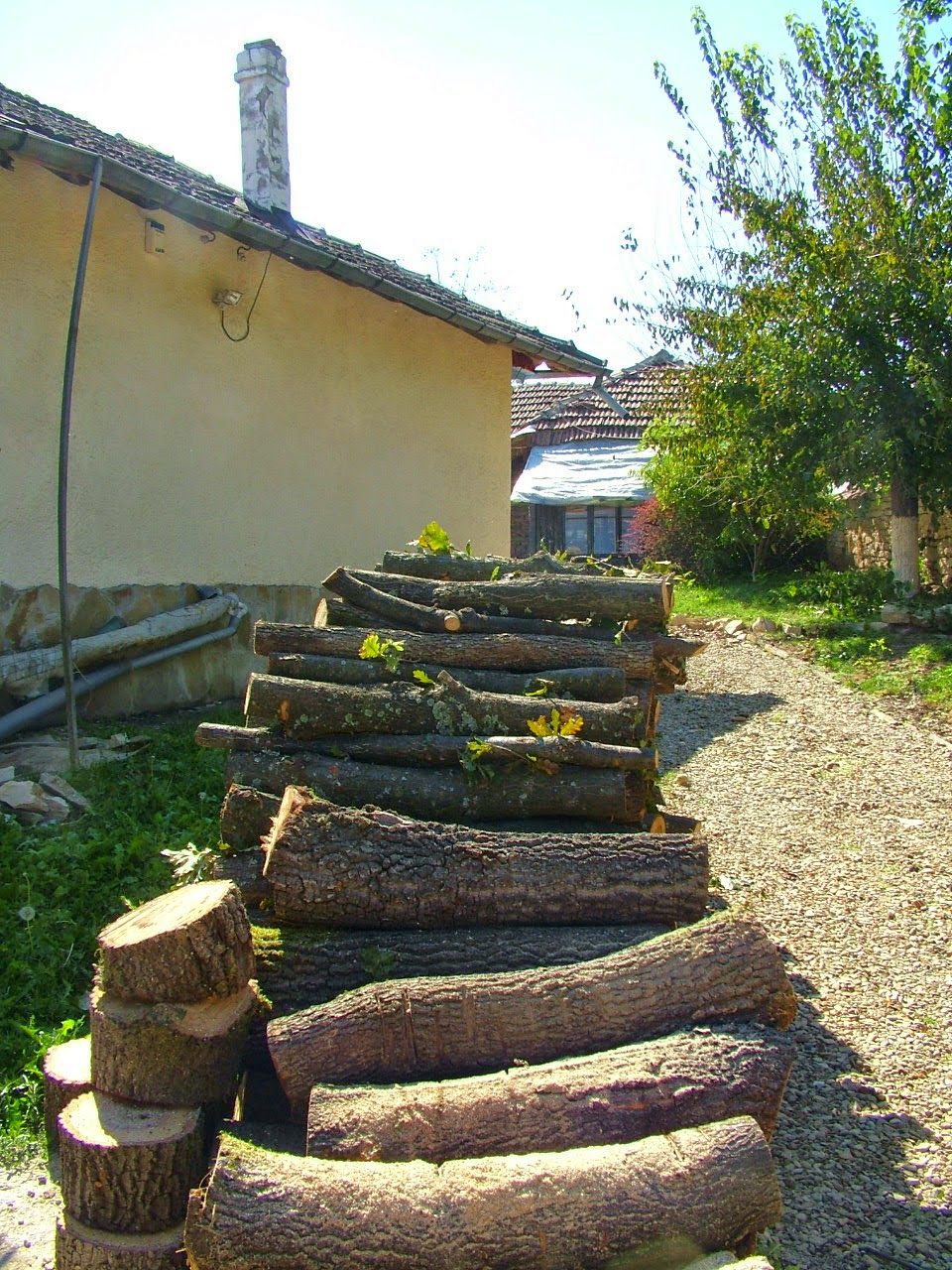 As previously reported we have arranged, and taken delivery of, our wood supply from the Kmet. Compared to our first year here getting proper 'stamped' wood is so much better than falling for the locals "We will get you wood". Heaven only knows what rubbish we were sold at an extortionate price, but at the time we didn't know any better and now we get legal wood via the village Mayor's office. This year, along with my other bits and pieces to do, I am cutting it up myself. With two different size fires we were having to sort out the wood as to what piece would fit into which fire when the locals cut it up. Admitedly they were quick doing it, but last year we found it so much easier to cut the logs to the size we wanted, not to the size others thought might do for us. As last winter was so mild we still have plenty of wood left over from then. So we have tried to keep the new wood separate from the old wood, which just makes things take that much longer. The new stuff hasn't really had any chance to age, and is still quite sappy. It will burn, but not as well, and it will produce more smoke, soot and sappy resin which will coat the inside of the flue pipes meaning they have to be cleaned more often. 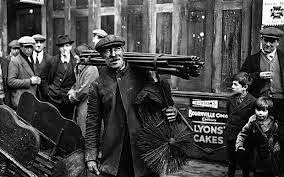 Throughout the winter, I clean the flue pipes round about every 4 to 6 weeks, but one of my pre-winter prep jobs is to dismantle them and give them a thorough clean. Last year I was able to make sure that I had enough spare pipes so that I was able to completely change all of the flues. This meant I was able to clean the old pipes up under the barn, out of the way of the wind. It also meant that the fires could be relit a lot sooner, so we weren't losing as much of the warmth from indoors. It is a filthy job and I do look like a reject from the black and white minstrel show, but it is an essential job. Most chimney fires are caused by the resin coating the insides of chimneys, and a build up of soot can mean that your fire will not draw as well as it should do. 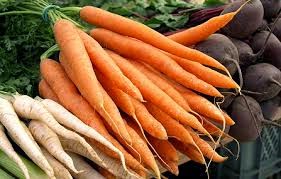 The garden has benefitted from a tidy up, and a lot of the bits and bobs have ended up on the bonfire. I'm not too worried about the fallen leaves just yet, as there are still plenty up in the trees to come down. I shall be collecting the Hazel nuts up in the next week or so, but this year the walnuts seem to be a lot smaller than usual, perhaps the weather in the summer has affected them in the same way it did the fruit in the trees. Most of the vegetables have now been lifted from the garden, and prepped and placed in one of the freezers ready for use in the winter. 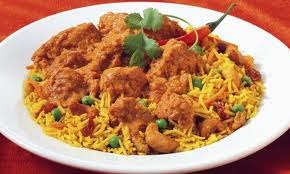 Now is also the time that Net starts cooking more. With just the two of us it is quite easy, everything gets doubled, we eat what we would normally eat and the rest is bagged and tagged and put in the freezer. To save on freezer space plastic containers have a plastic bag fitted inside. Whatever is placed in the bag which is then sealed, the whole lot is frozen. When I put the next lot in the freezer the previous day's offerings are then tipped out of the plastic containers and are easily stacked. I have to admit that it was touch and go as to whether the extra chicken curry made it up to the freezer or not. Heavier curtains are going up and rugs are going down. Summer clothes are being put away and warmer clothes are coming up. Jackets and jumpers are in evidence whenever you go into town. I've even had to start wearing socks again. 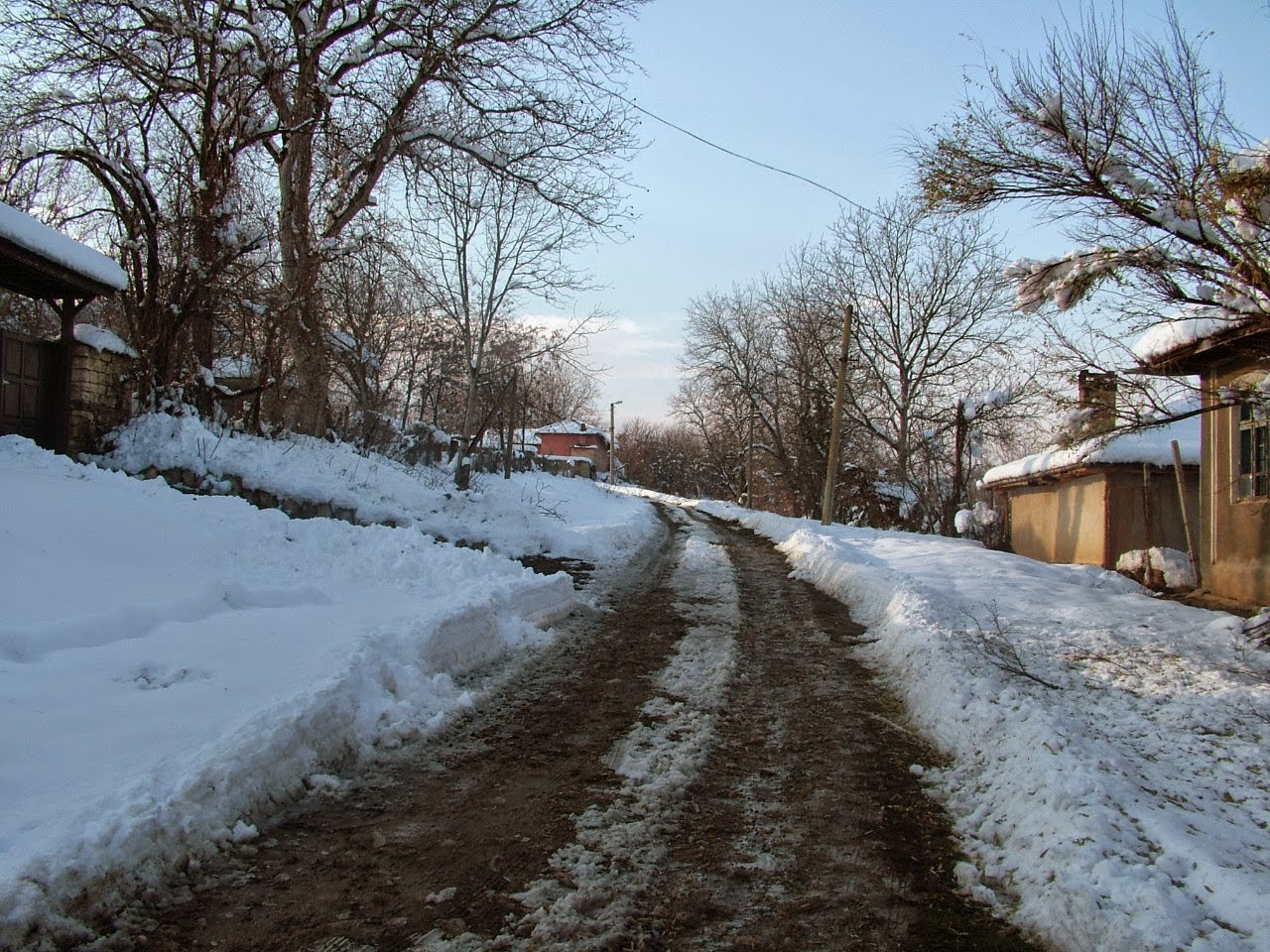 Gas bottles are being charged up, and hoses on gas fires are being replaced. We are starting the siege mentality when we go shopping, and cupboards will soon be groaning at the seams and hinges. Some things we can get at the local 'magazin' but other things we can't. Things like pet food we end up stocking up with, any medication that is needed, or think that we might need is also squirreled away. Then there is also the winterisation of vehicles to consider, no-one knows how cold this winter might be so I get the strongest anti freeze and screen wash that I can find. Check the winter tyres, the list seems to be endless, but at the end of the day it is all for our own benefit. So I might spend the next few weeks sweating like a marine in a spelling test, fishing sawdust and wood chips from places I wish they hadn't found their way too, smelling like an Arbroath smokie although hopefully without the fishiness, and looking like a cross between Stig of the dump and an old Tramp, but it will be worth it in the end.

Before we know it this shot on the left will soon look like the photo on the right. Looking back at last year's blog entries we had the first snow at the change between November and December.

Talking about blog articles, for those who follow the facts and figues, at the start of this year the blog had been accessed 30,000 times. It now stands at more than 77,000 and that is all down to you. One article on its own has been accessed more than 2,000 times. So if you read the blog, and especially if you share the blog with friends and family, you have my deepest thanks, and please carry on doing so.
Posted by Unknown at 16:58