When Suddenly Not A Lot Happened 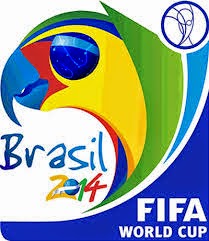 Just in case anyone thought that I had fallen off of the face of the Earth, here is a new blog. I had hoped that something interesting might have happened, which could have been incorporated into a blog. The main talking points seem to be the weather, which has been very unsummerlike, and the World Cup. Well the World Cup finished almost a week a go, and I have to admit to being pretty underwhelmed by it all. Even the opening match was very uninspiring, and I can totally understand why Croatia felt more than slightly peeved. Normally such a match would be a showcase event, featuring the host nation, which in this case was Brazil. The same country who have lifted the trophy more than anyone else, but this time they looked very ordinary, with no real skills to get the crowd on the edge of their seats. Instead they resorted to the tactic of continually diving and trying to con the officials, now whether the officials fell for it or not is a moot point, but for me it set the tone for the rest of the tournament. There were a few exciting matches, but they were the exception rather than the norm.

England might have made it to the tournament but they didn't even make it to the knockout stages, but they were in good company as various fancied sides also fell by the wayside. The good news is that Crystal Palace played their first friendly match during the week and won 1-13 against GAK Graz, so maybe the Austrian non-league opposition weren't much good but football is largely a confidence game so it will be interesting to see how the next few friendlies go out in the States. 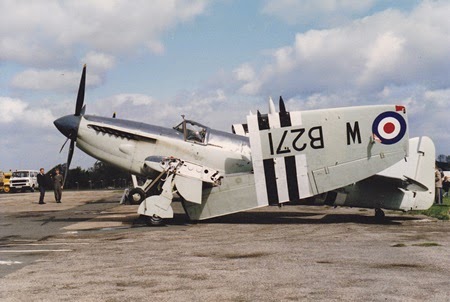 As the month has been so quiet, I thought that it would be an ideal time to write about one of the normal summer visitors. I did consider doing it last month while they were about, but other things seemed to overshadow them. Each year they seem to appear for between four and siz weeks. Their appearance is normally a good indicator that summer is on the way, but this year summer has been very much a stop/start kind of thing. I am of course refering to the Firefly, and in case you are wondering why there is a picture of an aircraft it is because that is a Fairey Firefly. 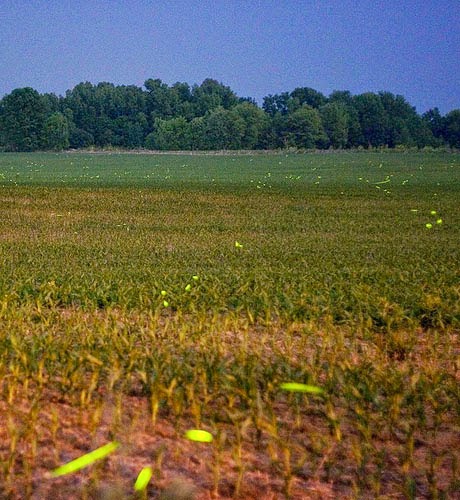 Many of us, having previously lived in the UK, will not have seen these wonderful insects before. Unless you were lucky enough to live out in the countryside, and then you might have seen a glow worm or two. Unfortunately modern living is destroying a lot of the natural habitats, even here in Bulgaria. So many of the hedgerows seem to be disappearing to make way for slightly larger fields, and mankind might benefit but it is the wildlife that pays the price. Fortunately Bulgaria still has a lot of undeveloped countryside, and hopefully it will continue that way, which allows some species to relocate. The Firefly isn't one of these creatures, they are non-migratory, and once their habitat is gone that is it for that colony. So I did start to wonder what I could do to help improve the lot of the ones we see in the garden. After all, they do give me so much pleasure watching them throughout June, even the cats are curious about them but don't seem to fancy including them on their diets. 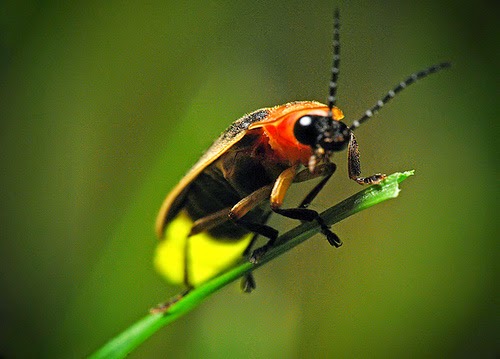 Even though they are called Fireflies (Светулка in Bulgarian),  they are a winged beetle. They belong in the family of Lampyridae, which is probably Latin for Firey flying beetle type thingie. In Bulgaria we just seem to get the Fireflies which flash. Not as in standing on a street corner in a grubby raincoat type flash, more of a light's on, light's off type flash. So that would put them in the family of Luciolinae, I wonder if that has its roots going back to the Devil, in much the same way as matches used to be called Lucifers. Maybe mankind didn't understand how these beetles could emit a light without burning themselves when they were first noticed. 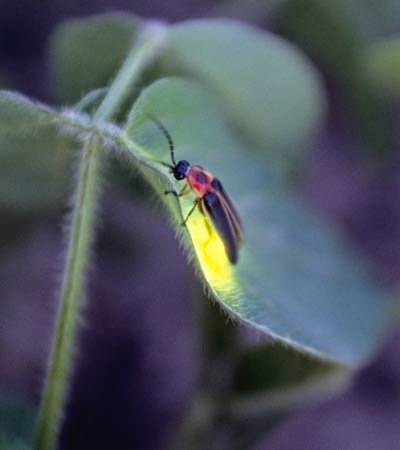 Being beetles their natural habitat is anywhere that there is rotting wood and leaf mulch for their young larvae to feed on. Normally it will often be quite damp, often near to a water source, so hopefully this damp summer hasn't caused too many problems for them. We have an area between two barns, where the ground is quite soft and loamy, and I have been throwing some of the bark from the firewood there so that it can breakdown quite naturally for them. Being between the barns means that it gets the rain water from both roofs, so it is quite damp, but sheltered at the same time. From what I have read Fireflies will mainly stay in the same area where they have been raised, so hopefully that undisturbed area will help to generate or even stabilise a colony. As they are beetles they are possibly carnivorous, so I am hoping that their natural prey will also thrive in that area. 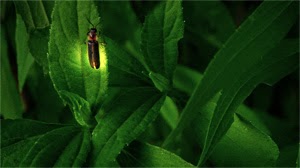 Their adult lifespan is quite short so it is important for them to attract a suitable mate. As you might have guessed this is where the light comes in handy. With some species it is just the males which fly, the females take up position in tall grasses and such like. If a male is deemed suitable the female would give him a flash or two. I'm not sure but here in Bulgaria it seems as though both male and female fly. Often you will notice that one flashes and is answered by the other one flashing back, and so life goes on in the Firefly world. 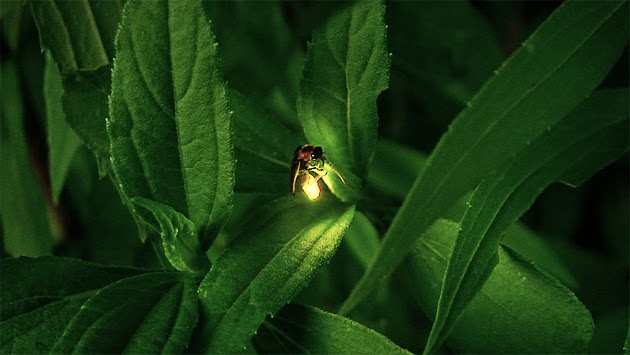 These are nocturnal beetles, and as dusk falls they climb tall grasses, and plants before launching themselves into the evening air. The light that they emit is what scientists call a cold light. One can land on your hand and there is no chance it will burn you, which is quite handy for the Firefly itself as I doubt they are made of flame retardant material. They are what is known as bioluminescent, and are highly efficient light sources. Consider an ordinary domestic light bulb, it produces light but it also produces a lot of heat as well. All of the Firelies energy is spent on its light source, and no heat is generated. In the tail of a Firefly you will find two chemicals Luciferase and Luciferin, There's that Devil connection again. Luciferin glows under the right conditions and Luciferase is an enzyme used to trigger the light emission. There are still companies which buy live fireflies as these chemicals can be used for food safety and biomedical research. The two chemicals can be synthetically produced so the live trade in Fireflies is fortunately dying out.

I used to think that these flashing lights would make them easy targets for things like bats, but it seems as though these lights have the opposite effect. If anything does catch hold of a Firefly they will exude a bitter type blood, which in some instances is poisonous to the predator. Maybe that is why we don't see glow in the dark bats.

So hopefully with my efforts to try and help create a naural habitat, we should gradually see more of these wonderful creatures flitting about the garden. It might be a small step, but its an area we don't use, and maybe they will help keep the numbers of slugs and snails down. 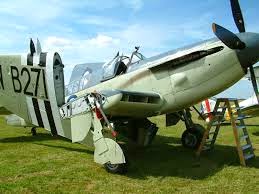