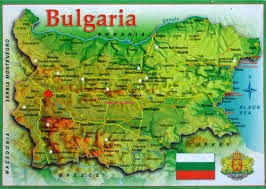 When people are asked about famous, or great,  Bulgarians, their answers are often quite varied. Certainly many will mention the likes of Vasil Leski or Hristo Botev. There are some who might even mention John Atanasov, Vladimir Dimitrov or even Veselin Topalov. Those more interested in sports might mention Dan Koloff or Hristo Stoichkov. While all of these people have great merit in their own right, there is a quiet unassuming Bulgarian, who restores the idea of human kindness and goodness. A man by the name of Dobri Dimitrov Dobrev, which might not mean much on its own, for he is often known as Diado Dobri (Elder or Grandpa Dobri). Some even refer to him as the Saint of Baylovo. 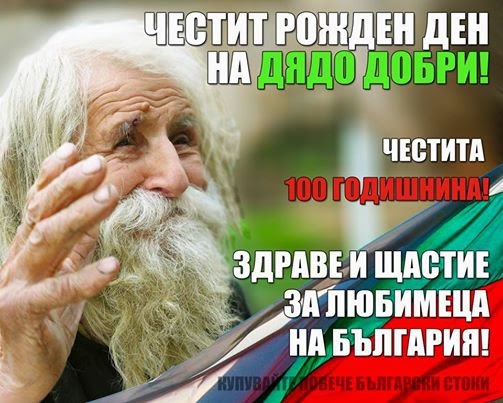 He has just celebrated his 100th birthday, a wonderful milestone for this remarkable man. He was born in the village of Baylovo, just outside of Sofia, on July 29th 1914. Another famous Bulgarian was also born in this same village, the writer Elin Pelin, who once wrote "It is my native village, it is good but very poor".

Diado Dobri's father died during the First World War and it was left to his mother to raise him and his siblings. As with many of his age he doesn't remember much about his younger years. He married in the early 1940s, and he and his wife had 4 children. Sadly he has outlived 2 of his children. It was during a bombing raid of Sofia that he lost most of his hearing, when he was quite close to where a bomb fell. 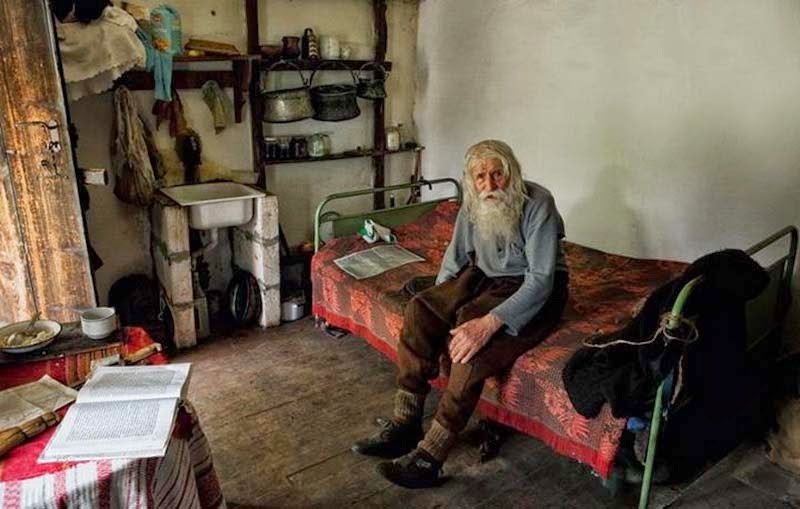 In his younger days he would walk between his village and the capital, Sofia. Now that his legs aren't quite as good he relies on public transport. Many of the bus and tram drivers will not ask him for the fare, it seems as though everyone is touched by this man's goodness. He is as much of a landmark of Sofia as some of the old historic buildings. He can often be sighted in the capital holding out his tin cup, never asking for money but always grateful to receive a few coins. None of the money is for him, it all goes to charity and the restoration, and upkeep, of monasteries and churches across Bulgaria. He seems to have turned his back on material things, and lives frugally on his monthly pension. 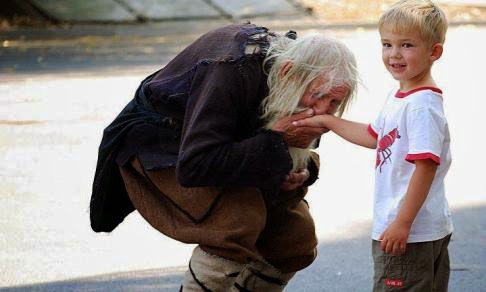 Despite his age, he is out in all weathers, dressed in his home made clothes and shoes. He is always ready with a smile and a blessing for those who donate. Often the only food that he will eat during the day, is that which a stranger has given to him. He seems to love children, and many would say that the highlight of his day is kissing a child's hand. Unlike in the West he is not moved on by the Police, or terrorised by gangs of teenagers, but he is allowed to do his own thing in his quiet way. 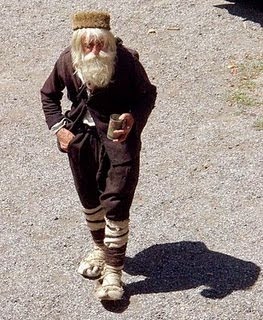 Some might ask how one man can make a difference. Years ago he sold all of his possessions and then gave the money to the church. It has been estimated that so far he has raised in excess of 80,000 Leva (40,000 Euros), and he hasn't kept a single Stotinka for himself. Even today he is cited as being the single largest donor to the Alexandar Nevsky Cathedral in Sofia, when he made a donation of 35,700 Leva (20,000 Euros). He has also made large donations 25,000 Leva to the Elishnishki Monastery near Sofia, and to the village church in Gorno Kamartsi. He hasn't forgotten his parish church in the village of Baylovo either, as they received a 10,000 Leva donation. Orphanages across the country have had such things as their utility bills paid for by this man. Surely his actions, and his kindness, putting others before himself, should be an inspiration to us all. A very humble man, who doesn't do these things for acknowledgement, he is reluctant to talk about himself or his family, he just wants to carry on doing his good works as best he knows how. 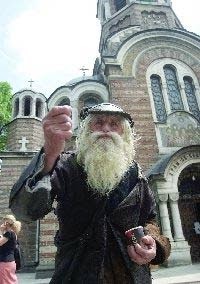 Some of the time he lives in Sofia, where he is cared for by his daughter, but he also lives in a single room in a small out building within the grounds of the church of Saints Cyril and Methodus. There are no modern amenities, and even though there is a bed he prefers to sleep on the floor. Even in the winter he rolls his sleeves up and can be seen carrying water from the well. He is also not averse to helping out with the more physical aspects of maintenance and restoration work.

Many have said that actions speak louder than words, and this man personifies that for me. He doesn't worry about the trappings of finery, or the material things, he just helps those he can in the best way that he can. So maybe world, and church, leaders could be well served by taking a leaf out of this man's book. It is time to think of humanity, but act with humility. To take one of his own quotations from the film 'Mite', "The good will is just and true. Everything in it is good. We must not lie, nor steal, nor commit adultery. We must love each other, as God loves us". 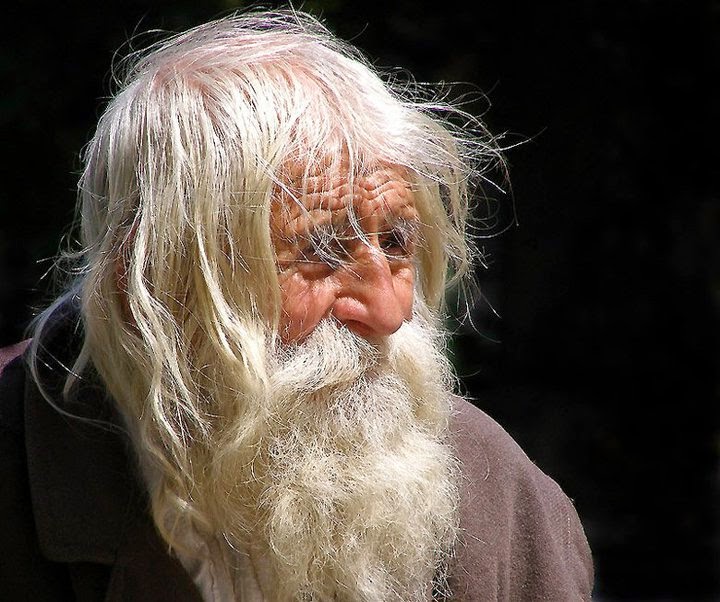 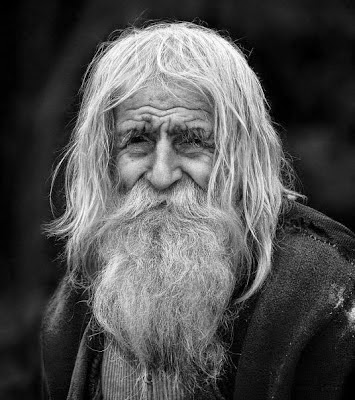 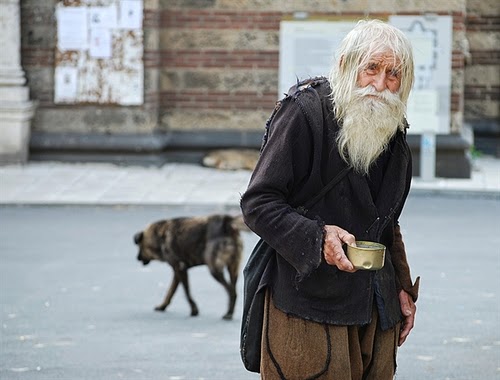 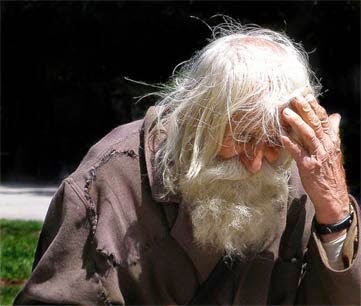 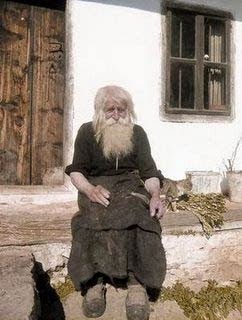