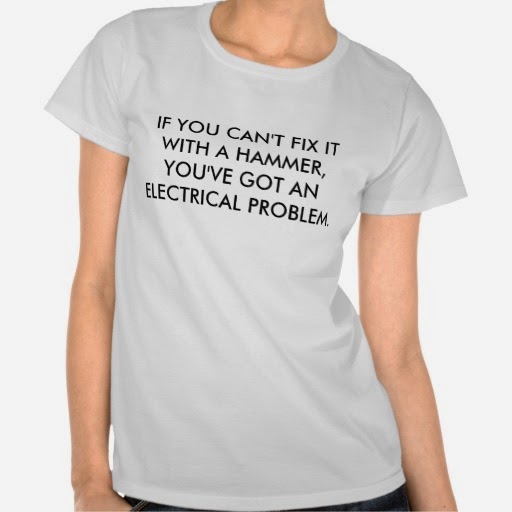 Many people will tell you that you are often confronted with a string of related problems with a house. They can be structural, electrical or like us it can involve water. We have had water where we don't want water, we have had to move water away to prevent it taking up residence in the cellar, we have had to put water where previously there wasn't any. We have fiddled and faffed around with clean water, grey water and 'orrible stuff too. We have had leaks where we don't want them, blockages preventing water actually getting where we do want it to go. It's just like a form of water sport, in as much as it involves water and I normally end up getting hot and sweaty sorting it out. The latest episode involved our hot water boiler in the bathroom, as the name implies it is there to provide us with hot water.

Sunday morning everything is working as advertised, operate the hot tap and hot water comes out. Go for a shower and you can adjust the temperature to your own desired setting. During the day it had behaved itself, but when I went for a shower that evening (and its not even my birthday), where's the hot water? Net, who had had a shower before me, hadn't noticed a problem, but at this time of year you don't want to turn the bathroom into either a sauna or a sweat lodge. The power light outside the bathroom is working, but no power light on the boiler. I made a mental note of where the temperature indicator was sat and left it alone for 10 minutes, just in case it was the LED in the switch which had gone. After 10 minutes there was no change, so it was a slightly tepid shower for me. Thankfully it wasn't the depths of winter. 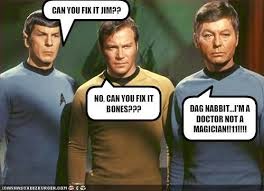 So Monday morning I arm myself with a multimeter, and start checking voltages. Voltage coming in, voltage going into the switch, voltage coming out of the switch, the thermostat seems to be working fine. So it looks like the element has given up the ghost. I remembered someone saying that the element itself can be replaced, which is great if you have the parts, but being out at the back of beyond we are quite limited on DIY stores. I remembered that a neighbour had previously had boiler problems and it was taken away, sorted out and refitted all in a day. So I thought that it can't be that difficult to disconnect it all, and remove it from the wall. I always like to have a go myself, then if I run into problems I will then call for the cavalry, but at least I will have learnt something. 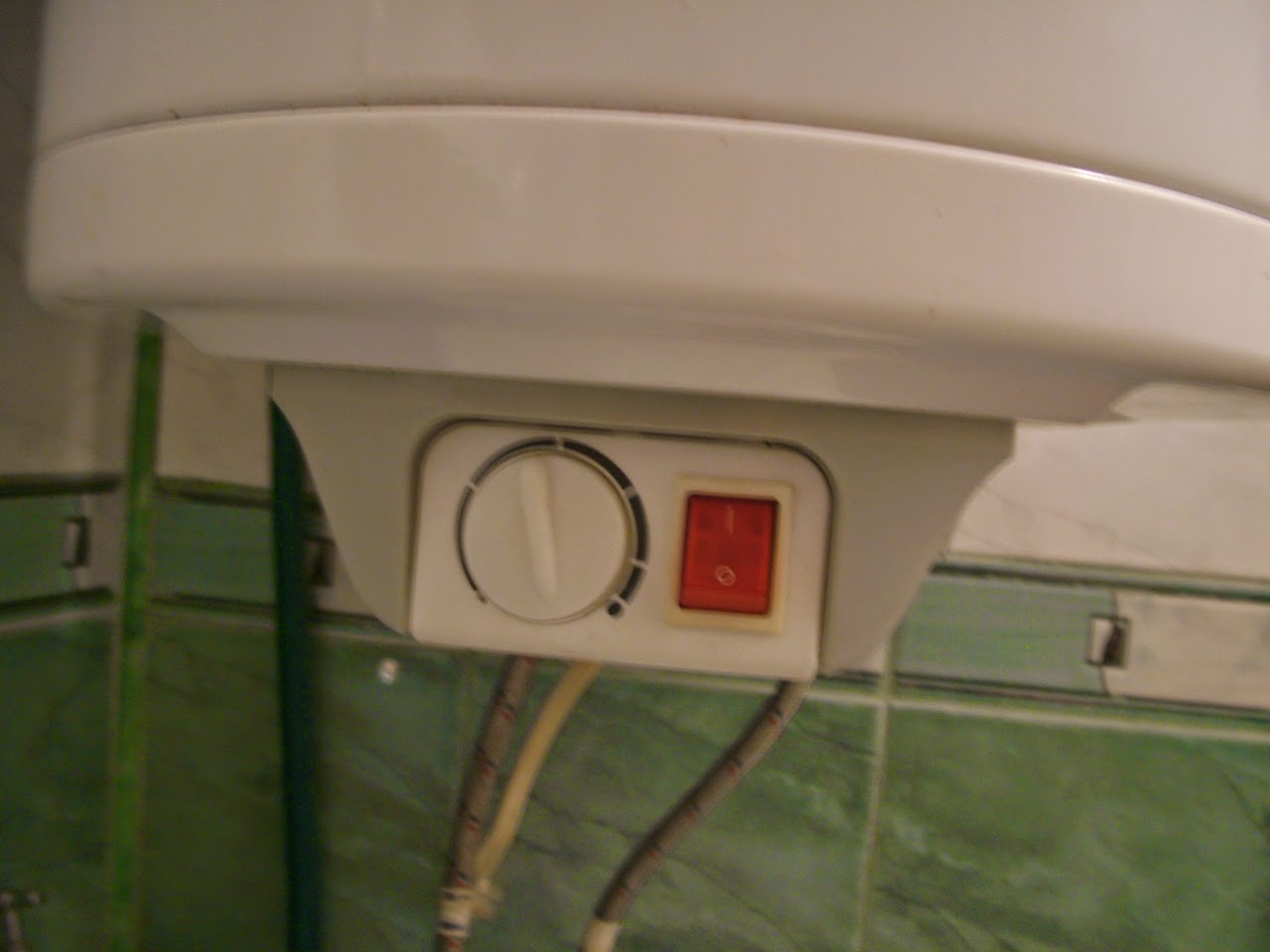 So having already removed the base cover from the switch area, I thought that I would make a start disconnecting it electrically, remembering to first isolate it outside the bathroom and at the trip box. Now for those not familiar with Bulgarian wiring, there is often no colour coding, so how to identify which wire goes where. My method involved a CD marker pen and my mobile phone. I first marked the various white cables, and then I photographed then in place before I started disconnecting them. There are possibly easier ways of doing such things, but I thought it was a great idea for me on a Monday morning. So feeling quite pleased with myself I disconnected the electrical side of things, that seemed to be the easy bit out of the way. 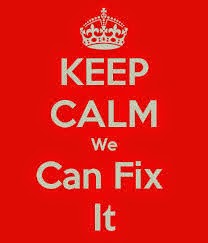 So now I have a water tank holding 80 litres still on the wall. It seemed a logical step to remove said 80 litres of water before attempting to do myself a mischief, as 80 litres of water is going to be a bit on the heavy side. So I thought I had best disconnect the cold feed in first, after closing off the shut-off switch. So now no more water can get into the tank, surely I only needed to open a hot tap to drain the water from the tank itself. Unfortunately it doesn't work like that, which is a bit of a bugger. One foot is now getting a bit damp as the shut-off switch when it is in its closed position doesn't fully close the water off, so water was still dribbling out of the main supply. So I sort that out before I squelched my way up to the shed to find something to help drain the tank. We now have a sawn-off hose. More by luck than judgement I had cut off enough hose to go between the boiler and the sink. So if the water wasn't going to leave via the hot tap there was no point in the hot water pipe being connected, so that was disconnected too. 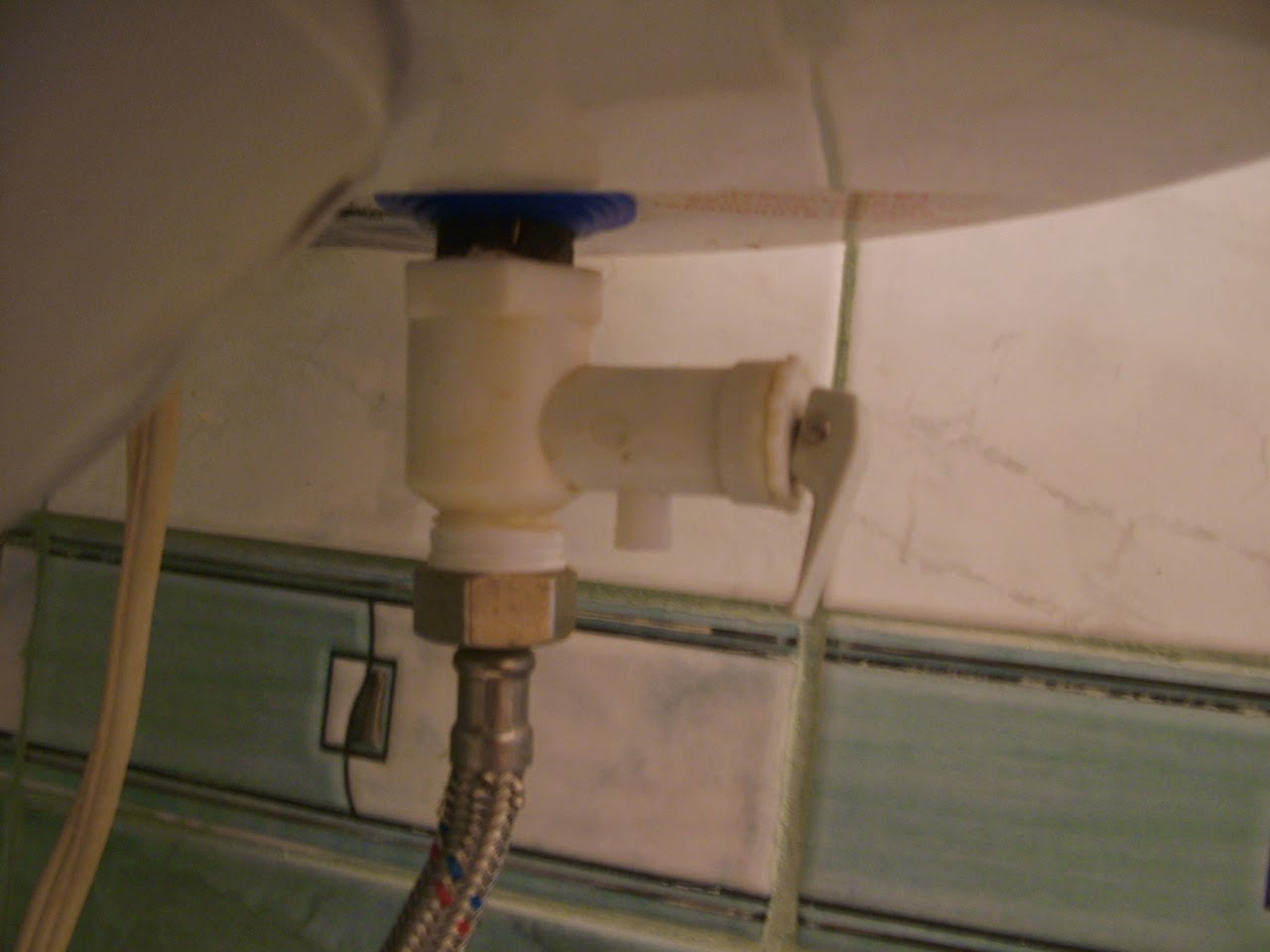 So now no water can get in, but I still had to get the existing 80 litres out. There is a small spring loaded lever as shown on the cold water feed, but see that small itty-bitty pipe just to the left of it, 80 litres of water has to come out of there. Trying to hold the lever in while keeping the length of hose in the sink is easier said than done. After the first 10 minutes you try changing hands, a further 10 minutes and your brain has switched off and entered into neutral, and the hose that should be in the sink is now soaking your other foot. At least I could now squelch in stereo. All in all, with interruptions, and a coffee, it took me over 45 minutes to totally drain the tank. If it wasn't a wet room before I started, it was by the time I had finished. Unmounting it from the wall was relatively easy, and thankfully lighter as it was empty. 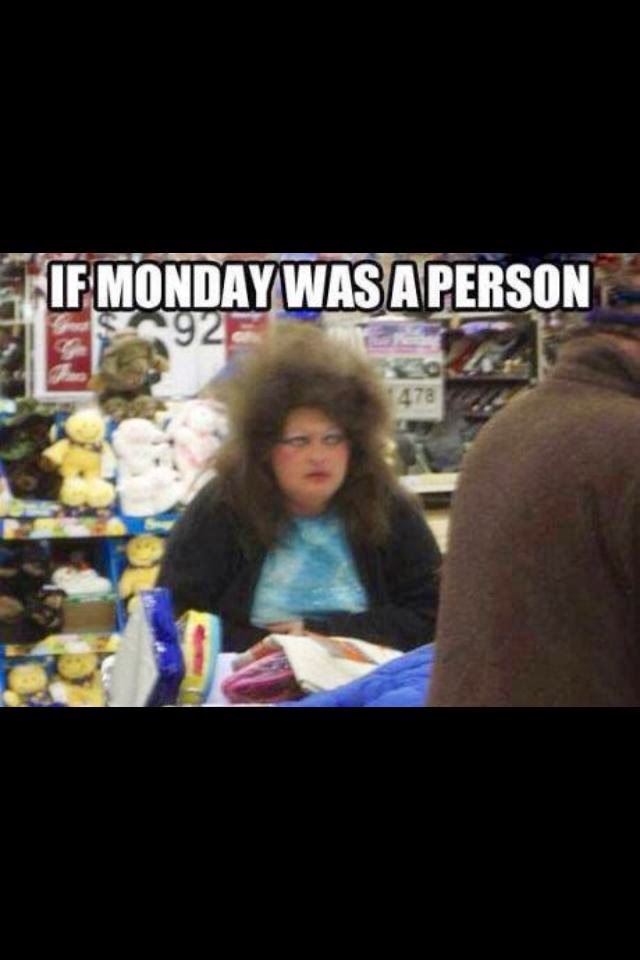 So with dry feet, and the water heater in the car I set off for where I had been told they did boiler repairs. Unfortunately I must have arrived during Mrs Monday's fag break, as she didn't look overjoyed to see me. The only thing she was interested in was did I have the guarantee and the documents. When I explained that we were not given these treasured bits of paper she lost even more interest and turned to wander off. I politely asked if she knew anywhere else in town which could do the repairs, but that was just met with shrugged shoulders. Realising that I wasn't going anywhere she called her smoking partner over who spoke some English which almost helped. I went through the whole pantomime again with him, only to be told that they no longer did repairs, but he knew a man that did. Unfortunately he knew that this man was at the sea, but he could phone him if I liked and find out when he would be back. So he phoned his mate and they were having a nice natter, eventually he got round to asking about boiler repairs. It turns out that he wasn't at the sea at all but had been busy for the last few days. So I was given his name and number and told to phone him the next day. I didn't think that was too bad, until I asked if he spoke any English, the answer being a big fat no. OK so how do I find this man if I can't understand his directions, which was met by more shoulder shrugging. I did ask if smoker's mate could find out directions, but was told that I would have to phone the boiler repair man the next day, however if I wanted a new boiler he had some that were on special offer that day. So I was given various prices for different models, but still left there with a knackered boiler, a phone number I couldn't decipher and the name Ivan. 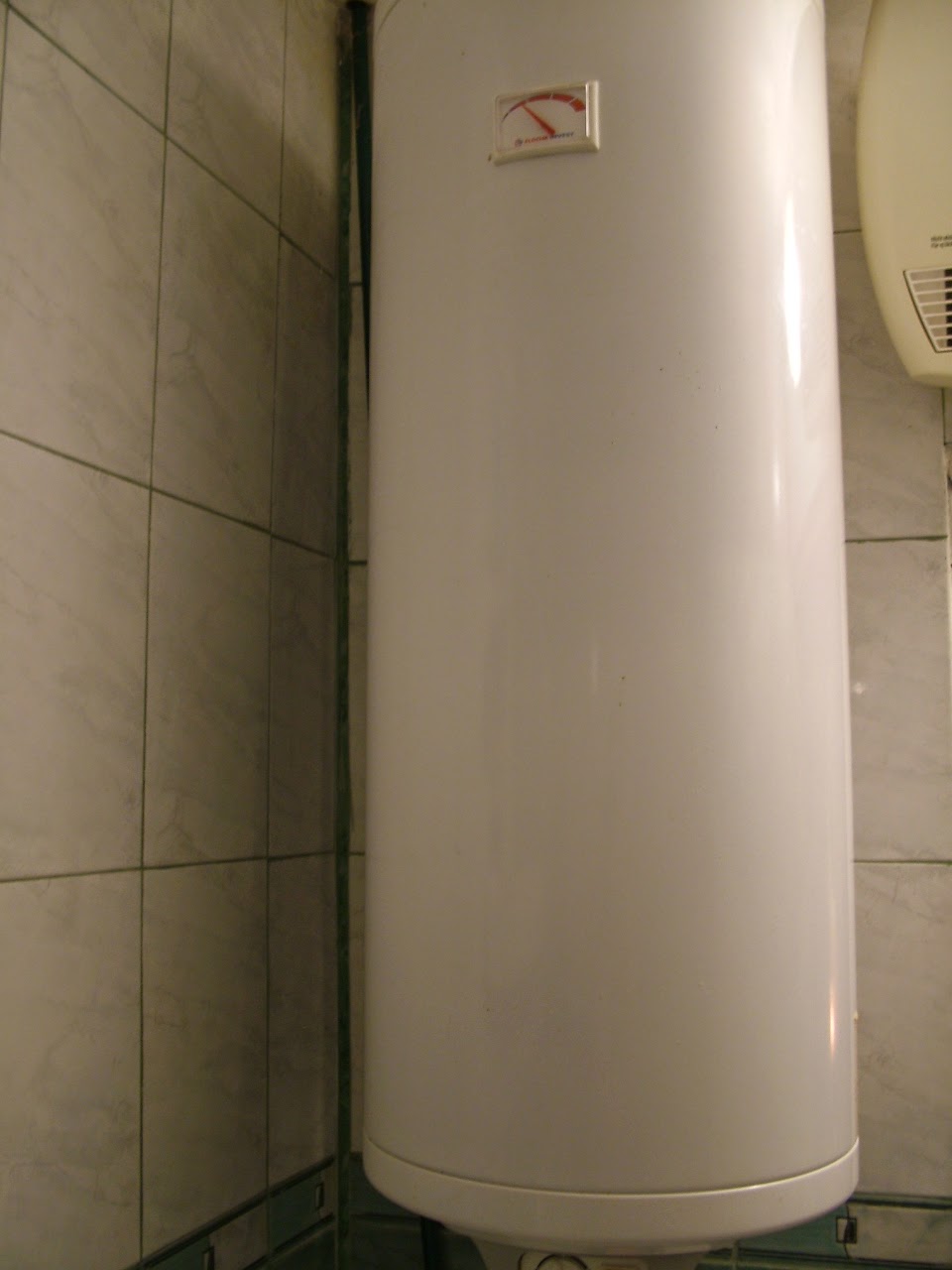 As I had other bits and pieces to do I thought that I would do a price comparison with my normal plumber's merchant. So I went in and there were the same boilers at exactly the same price, so his special offer can't have been that special at the other place. As I was there I thought that I might as well ask if they knew anywhere that did repairs. Now neither of them speak English, and admittedly my Bulgarian isn't brilliant, but as best I could I explained the problem. I was stopped so that a phone call could be made, I was then asked where was the boiler. The answer being in the car, up in Kaufland car park. OK says the main man, drop it off later and you can pick it up tomorrow. The difference between the two places was like chalk and cheese. He even gave me a hand carrying it into the shop, and also out with it when I picked it up today. It has been repaired all for the princely sum of 30 Leva, he did say what was wrong with it and I am fairly certain it was the element. So I did all of that running round in yesterday's heat and humidity, and ended up sweating like the last chicken in Colonel Sander's back garden. 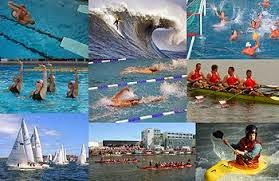 Actually fitting it back up in the bathroom was quite easy with my handy reference bits and pieces. The only problem I had was that I had to dismantle part of the shut-off switch to enable water to fill the boiler back up. The good news is that the little LED works in the light switch, the thermostat changes the water temperature and the indicator changes with the different temperature. I also managed to keep both feet dry. So as I said earlier plumbing type jobs are almost like a water sport for me, and today despite the humidity I only ended up like Sweaty McSweaty of the clan McSweaty, rather than the usual Marine in a spelling test. At least I have been able to have a proper shower, which makes it all worth while. Rather than the old boiler being junked it has been given a new lease of life. By following the Bulgarian example of trying to fix things first, I have saved myself money which can't be a bad thing.