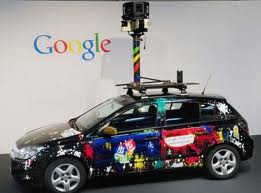 As of today people from across the globe can now virtually explore the majority of Bulgaria. This is thanks to the release of Google Street View from Bulgaria. The country is now the 48th one to have this street view linked with Google maps. The majority of the picture taking was done over the past year, and it must have been fraught with challenges. However it does possibly answer one question, and that was the purpose of numerous road markings that mysteriously appeared. By all accounts the vast majority of the country has now been covered. Although in our village it seems as though the only coverage has been limited to the 'main' roads. As we live up a side road our house has not been included, maybe that isn't such a bad thing though. 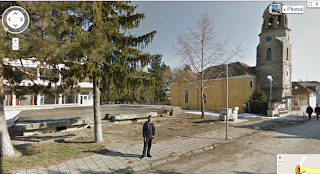 Much has been said that faces and number plates will be blurred to protect, or respect, an individual's privacy. It is quite interesting to look at these images and think back to the weather of this time last year. You will be following a clear road in the sunshine and all of a sudden it is snow covered. A reminder about just how changeable the weather can be at this time of year. I can see that this will prove to be a useful tool, especially when it comes to navigating your way round somewhere that you have never been before. Directions are all well and good but if they can be also linked to landmarks then it does make it so much easier. 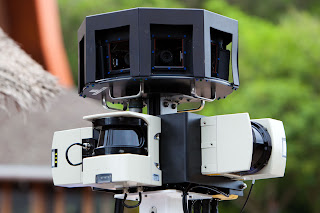 Even when you have accessed the Street View programme there are still other options for you to employ. You can look left and right, as well as up and down. All of this is because when the camera car has been touring round, up to 15 different cameras have been utilised at the same time. This allows the user to explore somewhere through a complete 360 degrees. It really is a remarkable programme and thanks to it I have had a nose at houses where we used to live, and seen any changes that have been made. It also does jog the memory when you see a particular landmark that you haven't seen for a while. Even if it is a pub sign, although some pubs that we used to frequent are no longer there. 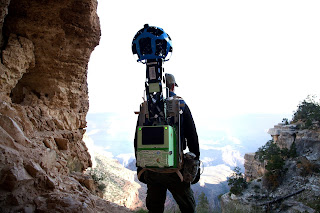 It has to be said that Google have been quite determined in their approach. Certainly in other countries where it has proved impossible to gain access to some areas by vehicle, they have had people go in on foot. The Bulgarian roads must have posed quite a challenge with their famous potholes, but they seem to have overcome this problem.

Some people have been having problems accessing the Street View programme so here is a brief overview of how I have managed to do so. As to whether this is the right way or the wrong way remains to be seen, but for me it works. 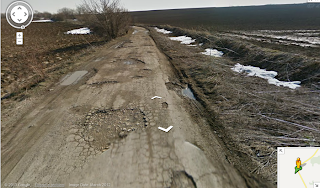 I hope that everyone has fun using this, as not even Google could manage all of the roads in Bulgaria so if your house or street is featured then maybe your roads are not as bad as you once thought. 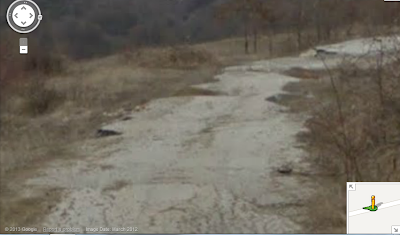