An English Easter In Bulgaria

Like many English living in Bulgaria, this weekend has been spent celebrating the normal English Easter. The Eastern Orthodox is not until the beginning of May, so we have to wait a while for that one. So like many we get to celebrate Easter twice a year. Net decided that we would cook a typical English roast meal and have friends round to eat it with us. We just needed to get the fresh vegetables, and something for dessert, as we already had a Lamb joint. The easiest place for us to get everything is Kaufland in Gorna Oriahovitsa.

Now here comes one of my pet peeves, and maybe some of you have also noticed this. There are groups of gypsies going round the carpark there, you use the ATM and there is a gypsy hovering in the background. You start to pack your shopping in the car and a gypsy appears with their hand out, they want to take your trolley back so that they get to keep your 20 Stotinkis, or they want food that you have just bought. Then to top it all off another one turns up wanting to sell you some dodgy perfume. They can be quite aggressive and don't like taking no for an answer, and after a while my patience was wearing thin so they were then introduced to that Anglo Saxon phrase tha ends in off. I haven't noticed this happening at Metro, or even Lidl, maybe because they have security there.

Right moan over, as is often the way there were football matches being played on the evening of Good Friday, and this included Crystal Palace playing Birmingham. I can quite safely say that I have seen more Palace matches televised over here than I ever did in the UK. I have to admit to wishing that I hadn't watched the match on Friday, we were awful and ended up losing 0-4. I can only hope that Monday's match against Blackpool will be a vast improvement. It might seem unusual, but since we have moved here, I have come into contact with people who are not ashamed to say that they support less than fashionable teams. In typical Crystal Palace fashion we never make things easy for ourselves, but then again looking at the results so far neither is anyone else in this division.

We had our big Easter meal yesterday, and it did make a pleasant change to share it with friends. I know that we could possibly do that at Christmas, but all too often the weather has a say about that. The meal was cooked to perfection, I would like to say that I helped with it but I was delegated to washing up duties, so maybe that helped in some small way. I also did the housework while the vegetables were being prepared. The weather looked very undecided, but earlier in the week the forecast sites had all been predicting that the temperatures were due to climb. Everyone had more than enough to eat, and the best of it is that I also have plenty left over for Bubble and Squeak to go with cold roast lamb. We were also spoilt with a choice of desserts, either a white chocolate cheesecake, strawberry flan or profiteroles. I have to admit that it was a difficult decision, I did eventually solve the dilemma but sampling something of everything. Typically after a meal like that a walk was required to aid digestion. It was still overcast but the breeze was definitely warmer than it has been of late. We decided that we would go for a wander round one of the lakes between our village and Strelets.

Everyone managed to get themselves booted up and then Yolanta took a bit of a tumble down our steps out to the lane. Luckily she was okay, just a bit shaken up, and nobody had had anything to drink apart from Dave and I. Yolanta decided that she was ok to carry on, so we all set off for the lake. It really was a great day for having a ramble and trying to walk off the excess calories. Everywhere there were signs of Spring being just round the corner. Wild flowers were in bloom, there was blossom on the wild Plum trees, bees and butterflies were busy flying between the two. It really was a glorious afternoon for a walk,if you ignored the rubbish that the fishermen had left behind. It really does start to irritate, they are quite happy taking full beer bottles with them, but seem incapable of taking the empty bottles home with them.

We continued on our voyage of discovery round the lake, and found a few points where springs drained into the lake. It was at one of these pointsthat we had our next problem. Most had managed to get across a stream without too much trouble, but Barb stepped back once she was across and slipped into the mud. Of course everyone was very sympathetic, and amidst giggling and tittering people eventually helped Barb up and out of the stream. I still had to cross, and decided to try crossing at another point. Probably not my best idea of the day, as I put my foot on what I thought was solid ground only to see my foot disappear into deep mud.

The mud slowly gave me back my foot, but it sounded just like a spoon in a rude jelly. So as we continued our walk there were both Barb and I try to walk in the longer grass and getting rid of some of the mud. For those not familiar with Bulgarian mud it is something that seems as though it has been mixed with a strong glue. It is no wonder that a lot of locals use it in the boundary walls instead of cement. For the unwary any walk across a damp field can often result in you growing a good couple of inches. The downside is that it feels as though you are wearing a pair of old fashioned diving boots, but it can give your thighs a very good workout. 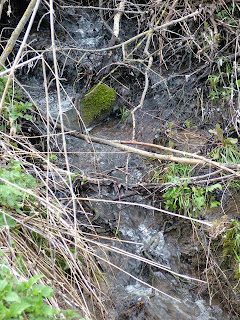 The weather was warming up and jackets were being peeled off, but with the warmer weather comes the insects. On a personal note, I will suffer the insects as I am fed up with there being a constant bite to the air. It was so warm last night that even the local frogs turned their volume up as they serenaded each other. It won't be too long and they will be providing that constant background buzz, it sounds something similar to the buzz you hear when stood beneath power lines.

We even remembered to change the clocks last night before we went to bed. This proved very useful as we had an earlier start to pick Yolanta up and go to the Car Boot Sale at the Dragizhevo camp site. It was the first one of the year and was very nice to meet up with friends that we haven't seen in a while. There were certainly plenty of people about, and despite a breeze everyone seemed to be making the most of the chance to catch up with each other. The weekend hasn't finished in the UK yet as there is still Bank Holiday Monday to come. 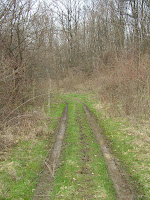 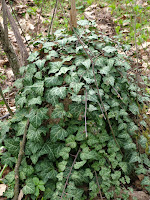 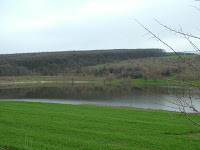