Well after a longer than expected break from writing the blog, it is now back. Thank you for all of your words of encouragement, especially to those who said that they were missing the blog. I did take a break as I was worried that I would end up repeating things that I had previously written about. It also gave me a chance to tackle some of the jobs which needed my attention over the Summer months. Anyway, enough of the excuses, and on with the blog, some of you might be pleased to know. 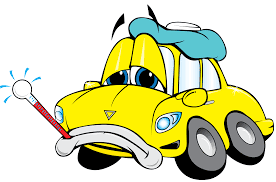 Regular readers might remember that we have been having a fault with our car. Various bits have been replaced, and it is still there, the fuel tank has been removed and steam cleaned to ensure that it was not dirty fuel causing the problem. We have had her on diagnostic testing at least half a dozen times, and not once has a fault shown up. It was getting so bad that even a shopping trip had to be planned around where we could safely pull off the road and let the car cool before it would start again. We have got used to travelling everywhere with our Kindles though. So if you have ever passed a car with people busily reading, that might well have been us. Through unfortunate circumstances we gained a sum of money, enough to enable us to get another car, and finish doing what we want to on the house. Now despite being male, what I know about vehicles can be written on the back of a postage stamp, in large letters. My better half is also in the same boat, so we asked a friend for advice. He and his good lady wife spent an entire day ferrying us round to various used car lots, so once again a very big thank you to the pair of you. 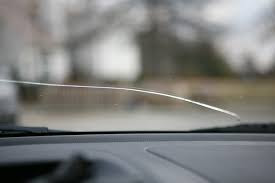 We drove past one and looked through the fence, but nothing really ticked any of the boxes. Living out in the middle of the back of beyond we feel the a 4x4 is a practical choice, and they didn't have any. So it was on to the next place, which seemed to have a larger selection. We stopped and had a nose round, there were plenty of vehicles, including some of the previously mentioned Chelsea tractors. Unfortunately they came complete with rust, dodgy bodywork and some even had cracked windscreens. It was like looking in the bathroom mirror. When we mentioned about the cracked windscreens, we were told 'Nyama problem, 100 Leva VT, fix,fix'. Needless to say we beat a hasty retreat from there, and went up to the next pair of car lots. 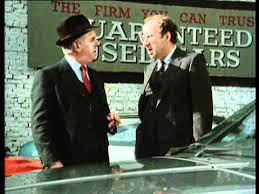 The next had nothing that really grabbed our attention, however the one next door definitely had a few potentials. I was quite taken with a Toyota in there but we were shepherded away from that and shown a VW instead. It seemed tidy enough, but they did seem overly keen to sell it. Under the bonnet looked tidy, with no signs of any perished rubber hoses, the bodywork looked ok, they did have to get a power pack out to start it so it had been sat there for a while. The interior was showing plenty of signs of wear, So I let the boss lady do the haggling to get the price down, which she did. Not wanting to appear too eager we said we would go away and think about it, as we had other cars to see. We also arranged for a test drive later that afternoon. Nothing else stood out at the other car lots we visited so it was time for lunch and a serious discussion. 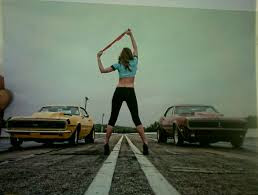 I was rather concerned by the eagerness to sell, and the way they ignored the Toyota. We decided to go for the test drive with an open mind. Our friend in the passenger's seat to listen to the engine, and us in the back to ensure it was comfortable and to listen out for any irregular rattles and noises. For some reason the car lot staff do the test drive for you so you have no real idea how the car handles. All he was interested in doing was showing us the speed of the thing, questions about previous history and servicing were ignored, but it did go into Sport mode. Back to the car lot and I tried to get the price down a bit more, but I was quoted the full price, so we walked away. We missed out on a car, but they missed out on a sale. 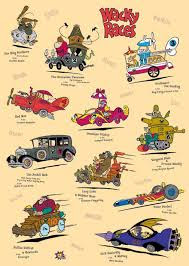 The next day I remembered seeing another couple of car lots, so we decided to go and have a look at them. Initially the first place we looked didn't look promising, but there tucked away in the corner was something that definitely ticked the boxes, and it was even cheaper than the VW of the previous day. I made what I thought was a cheeky offer, and that was ok'd. It was very tidy inside and out, with less wear and tear than I expected for the mileage and age, and it started first time without the aid of a starter pack. We asked if we could have a test drive on the Wednesday, which would give us enough time to sort out the finances at the bank, as we had to transfer money from the UK. Sod's Law meant that we got a pretty poor exchange rate, but still enough to get the car if all went well on the test drive. Once again the test driver tried to impress us with speed, but our questions about previous ownership and servicing were all answered. One thing I have learnt about Bulgarians is that their personality changes behind the wheel of a car. They dislike being behind another vehicle, and will overtake in the craziest of places. Psychic driving must be part of the driving test here, as I have no idea if overtaking on a bend is a safe thing to do. We pulled back into the car lot safely and as we were discussing whether to actually sign on the dotted line, someone else pulled up to show an interest in the car. Whether this was a ploy or not, we will never know, we were the first clients so it was our decision. Even though it is a slightly bigger engine than we are used to, it seemed like too good an opportunity to miss, so we said that we would take it.

The negotiations were conducted in Bulgarian, English and German. Had it not been a Wednesday we could even have had it registered that afternoon, as it was all part of the service. Knowing how frustrated I get at the KAT Office in VT, that was definitely a plus point. We left a deposit and arranged to be back there at 9 the next morning. Sure enough they were good to their word and at 9 the paperwork was started, and by 10 we had arrived at the dreaded KAT. I was told to sit there and if I was needed I would be fetched, remember have Kindle will travel. The morning's fog had burnt off and I was sat in a nice sunny spot. Why can't all visits there be so uneventful? Everything was done and the various forms submitted just before all of the windows closed for lunch, and I had hardly had to move apart from joining one queue. After lunch we were able to pick up the new registration documents. 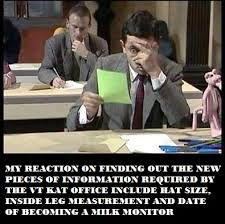 If only every visit there was as pain free. Back to the car lot to drop off the man who did all of the running round for me, and that was it the car was all mine, well ours. As it is an automatic, my better half can also drive it, and as it was previously registered in Austria it is also left hand drive. The first time I tried to start it on my own was a bit overwhelming as everything seems back to front, and in German. Eventually I got myself sorted out, and deciding that it was my lucky day decided to try and get the municipal tax sorted out that afternoon. I went to the right door or the right office only to be told come back next week. So I headed off home, and it was so nice not to have to plan my route by potential stopping places, even if I did have my Kindle with me. Our neighbours knew that we were getting the car that day and gave us one of those lucky charm things which hangs from the rear view mirror. I did get told off a bit as I had managed to get mud up inside of the wheel arches. 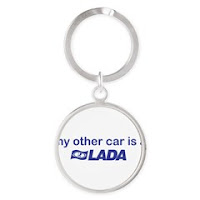 So there you have it we are now the proud owners of a new car, well new to us anyway. Now all I want to do is find a keyring which says 'My other car is a Lada.' The previous couple of years have been a bit limiting on where we can go and what we can do, but now we have a reliable car the old one can go into the garage and get sorted out once and for all. What's the betting that the problem has been caused by something so simple and obvious, that everyone has overlooked it. At least when it does get fixed we will have a car for 'Sunday best' and one to do the fetching and carrying.