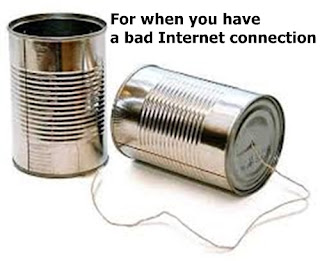 It has been an odd few weeks. I know that plenty has been done, but it doesn't seem as though we have managed to achieve much. As the old saying goes "two steps forward, and then one step back". Even my computer seems to be suffering from a similar malaise. Either that or it just has a mind of it's own. I know that the recent weather, which has had a few big thunderstorms, can affect the Internet. Sometimes it will post things two or three times, and at other times it will refuse to post anything at all. Sometimes trying to e-mail people in the UK I get the feeling it would be quicker to walk there and hand deliver the message. It does get a bit frustrating though when you are trying to keep abreast of important things, such as the latest football scores. Very important at this stage of the season. 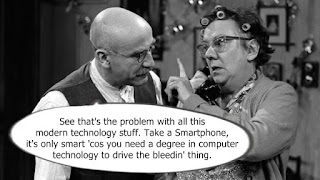 I have finally got round to joining the 21st Century, and my old mobile phone has been relegated to the substitutes bench. I now have one of these 'new' smart phone thingies. I am almost through War and Peace (AKA the Instruction manual) and nearly know how to drive the thing. I'm sure that it also makes tea and coffee (as it seems to do everything else), but I haven't found that chapter yet. I have managed to make and receive phone calls and texts, take photos and load them onto the computer when it was behaving. I have even managed to set the different ring tones for various events. I did have to take it back into the shop to find out how to find out my own phone number though. Nothing is easy when you have fingers like bananas, and two 'buttons' get pressed at once, but you do get some surprising results. 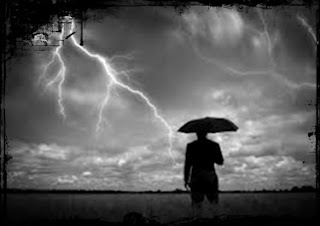 With the weather once again we have had a field deciding to migrate into another field. Unfortunately it had to cross a road to do so, whilst on the road it decided that it liked it there and so stayed there until the village tractors decided to help it on it's way. So for a while one of the routes out of the village was impassable. It seems to be a yearly problem now, ever since they started to strip back the shrubbery between the fields and the road. At the moment it is clear again, but who knows what might happen come the next big downpour. Hopefully we can manage to avoid them, and with any luck the sun might be making a more regular appearance, at the moment it is definitely feeling more like the English weather we had hoped to escape from. 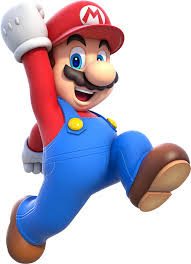 Our water meter, which worked and didn't leak, has recently been replaced. Admittedly the old one had more arrows and dial than a 1950's power station, and the new one is just figures so that even I can read it. I even gave Nikolai, our village water man, a hand to fit the new one. Washers were selected and rejected until he was happy with the fit. Unfortunately when he came back to read the new meter a couple of weeks later it had developed a drip. Fortunately for me it was on the union before the meter. So a couple of hours later he turns back up with his bag of two spanners and a couple of wrenches, and a handful of what might well have been horsehair. He was happy enough doing whatever it was that he was doing, so I left him to it as my assistance was not required at that point. I have to admit that from the first time I met him he has always reminded me of Mario, he even wears a little cap at times. He is a quiet unassuming man, and always willing to offer help and advice. He does speak quickly though, and mumbles a bit, which can make understanding him a wee bit difficult at times. 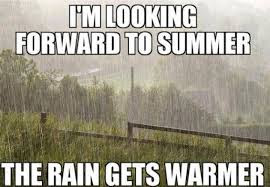 The garden is enjoying this erratic weather, and even though the hosepipe is out I've not had to water anything yet. We are being plagued by the EU dandelion crop though. The rain finishes and I give it a couple of hours for the lawns to dry and the mower is out, ready to do battle with the next wave of them. I get the main lawns looking neat and tidy, and then overnight there has been another sneak attack by them. I eventually had the chance to break away from the main lawns, and attempt to tackle the wilderness out the front of the house. Which is what I was doing when Nikolai arrived to fix the drip. The grass was still too wet to cut with the mower so I decided to strim it. All was going well until the strimmer started smoking, which is never a good sign. Our neighbour decided that he would have a go with his electric mower, which started well until it tripped our power.

That was just after Nikolai had finished fixing the drip. So he is then out the front supervising the two of us. After mumbling something he goes off carrying his bag of tools. To prove it wasn't the leads they were plugged into the neighbour's house and everything works. I was just checking our trip box when Nikolai returns with an electric screwdriver and a multimeter. He then proceeds to check the leads (which we knew were working) and gives them his official seal of approval. He then wants to see where the leads had been plugged into indoors. So he is then prodding test leads and his screwdriver into various sockets, before pronouncing that my very short extension lead is kaput. Once he has done this he was back outside supervising the grass cutting, and I took the chance to replace the blown fuse in the adaptor. With power restored I was ready to start strimming again, while our neighbour got on with cutting his own grass. The strimmer had to be inspected too, and I was told it needs two strands of strimming cord and not just the one I was using. I know that he was being helpful but he did remind me of a certain TV character. 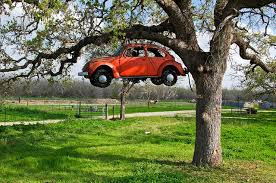 Meanwhile the car has been to the garage again. I tried to book it in the other Friday, but was told that couldn't happen as it was the Easter holiday. So I said the following Monday, which was OK. So on the Monday I drove to the garage only to find it shut. Tuesday I repeated the journey and explained what I wanted doing, which would hopefully cure the on going problem. Ignition coils are expensive here 550 Leva each (about £230), but none are available anywhere in Eastern Europe. They are about £65 in the UK so we now have to wait for them to come through the post. The bits that were changed have made a bit of difference, as the fuel economy is much better. So hopefully next time round matters might even be solved. While they are doing that they can also sort out the clonking noise from a worn bush on the front driver's side wheel, which has since developed. 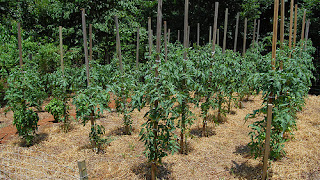 As the vegetable has finally been rotorvated we thought we would go to the market at Kamen, and stock up on tomato and cucumber plants. We've already get the Butternut Squash in ready. Once we'd got there I needed the loo so we headed for a cafe. As we were there it seemed rude not to have a coffee. We met some friends there and by the time we had finished catching up and general nattering the market had closed. The next option was to try the fruit and vegetable market at Popovo. It was a sunny day so we thought why not. The plants they had on offer there looked limper than the lettuce in a British Rail sandwich. So we had a mooch round the town and a bite to eat before heading home, still without any tomato or cucumber plants. There are always the markets at Polski or Gorna to try. 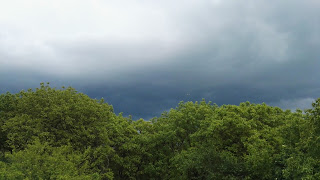 Going home we noticed the sky getting darker and darker, so perhaps it was wise not to get any plants. The rain which followed shortly after we got indoors would have battered them to pieces. It is just a shame that the same thing doesn't happen with the Dandelions. It looks like myself and the lawn mower will have to continue our battle with them. We will prevail.
Posted by Unknown at 17:54