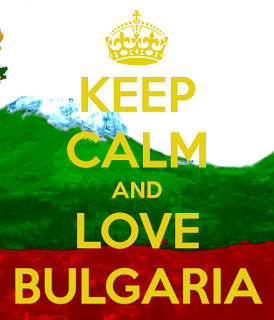 As much as I love living here in Bulgaria, there are certain things which still frustrate the hell out of me. One such thing is the bureaucracy. Don't get me wrong, everyone has to deal with it, and it makes no difference if you are Bulgarian, a Foreigner or even a Martian, although sometimes the depths and levels do seem to vary. It is something that we have had to get used to over the years. As a foreigner, irrespective of the fact that we came under the EU umbrella, we had to form a company to buy a property. We could have brought an apartment which would have got round that, but the company was needed to buy the plot of land that the house actually sits on. Now we have the company, each year we have to submit tax returns, even on a non trading company. At least now there is no such requirement, and existing companies can now be dissolved. The problem being that everyone seems to have a different interpretation about this, and guidelines are very sketchy to say the least. Maybe I am a bit old fashioned, but if it is a legal requirement then we will do our best to comply. 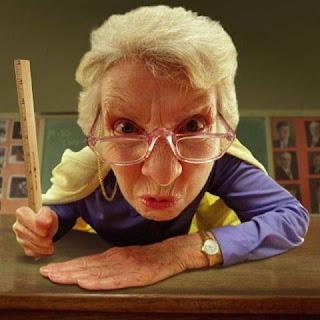 Just recently we have been facing our own confrontation with officialdom, and no matter how well prepared you think you are, something will have changed. For those familiar with these blogs, you know where I have been. Once again it is time to get our long term residency sorted out. So we have been making trips backwards and forwards to the Immigration Section of the dreaded KAT Office in VT. I thought that I was doing so well by trying to pre-empt things. The company formation document had been photo copied twice, the same with the property deeds. Our passports had been photo copied, as had our private health insurance cards and policies. I even had my pension document copied and translated into Bulgarian. As far as we could remember the only things left to do were a couple of documents from a notary, two saying that neither of us would claim any form of social security payment from the Bulgarian state, and one saying that I would financially support my wife. Armed with all of these bits of paperwork, separated into two piles, we thought that we were fully prepared to face the rigours of Mrs Grumpy Bum, and her sunny disposition. 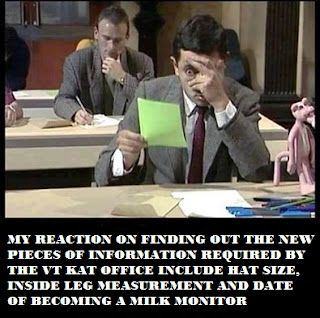 I have often thought that Mrs Grumpy Bum is much of the trouble in the Immigration Office, as she has always been awkward and unhelpful. Even when she was doing her job, you always got the feeling that she thought she was doing you a favour. That is by the by, because when we went to the little window, Mrs GB wasn't there, instead it was a very pleasant young lady who actually smiled when handing over the renewal forms. These were duly filled out, and together with our document packs, which we had prepared earlier, and expired residency cards, were all handed back through her little window. In return we got another couple of bits of paper so that we could go and pay the fees for the new cards. So far so good, the receipts for the fees were then taken back to the little window so that they could also go with each relevant pack. The helpful lady was off for her lunch, so we were told to come back in two hours. It all seemed relatively painless, and even the notary documentation had worked out cheaper than previous times, could this be a relatively frustration free trip? 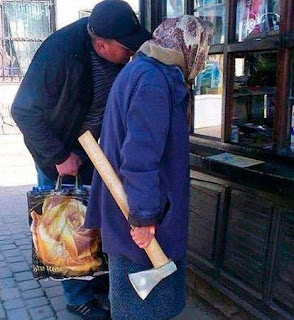 Of course not, that would make things far too easy. To confuse matters even more, my documentation was fine, but the problem was with Net's. Has she got a pension? No. Has she got a Bulgarian bank account? No. Well how does she live here? I said that I financially support her, and one of the documents from the Notary declared that. Ah!!!!! That was the old system, it changed recently. So why didn't the Notary inform us that the requirements had changed? Then we asked if it was possible to see a Supervisor. She came down and tried to explain that while everything would have been fine before the change, now it wasn't. So what to we need to do to resolve this? Can she open a bank account and stick 1000 Leva in today? The 1000 Leva can go in and once the document from the bank is complete it can come back out again. It all seemed a bit farcical, all the more so when we know full well that there are those who have never even bothered registering in the first place. While all of this was going on I was handed a piece of paper with a date on, but no explanation. The other option was for half an hour every 90 days Net would cross over into Romania, and then come back. We said that we would sort something out, but it wouldn't be that day. Some things are certainly sent to try us. 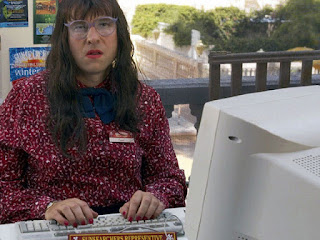 The piece of paper with the date on was when my new residency card would be ready for collection. The next day, while we were at home, we had a phone call from the Supervisor. Between them they had looked through all of the rules and regulations, and because we were applying for a renewal, not an initial issue,Net's documents were OK. However with my declaration that I would financially support her, they now needed a translated copy of our wedding certificate. We have previously tried to get this done, but because a lot is hand written, we always got the 'no-can-do'. So I deciphered it all, and printed the copy out so that the official translators could do their bit. Finally that bridge was crossed, so when I went in to collect my new shiny residency card we could hand in Net's paperwork. 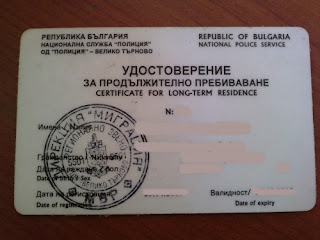 So this week it was another trip into VT, so Net's paperwork could be submitted and my card picked up. They tried to get us to pay for Net's card again, until it was pointed out we did it last week and the receipt was in her file. How odd, there it was. My card was handed over, it wasn't the photo card style one which I had surrendered, it was this useless white thing. It looks as though a child has made this at school using a John Bull printing kit. It is about as much use as a chocolate teapot. There is no photo on it, no personal Identity number, and you are meant to carry your passport at all times. You can't open a bank account with it, register a vehicle with it, it is a complete and utter waste of time. Not only that but it costs 11 Lev a time. 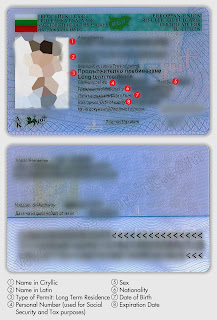 The photo ID Long Term Residency Card is completely different. Not only can a bank see that you are who you say you are, but it has that all important personal number which officialdom likes along with other useful information. Which means that you don't need to carry your Passport round, and worry about losing it. To get mine done, so that it will be ready to pick up at the same time as Net's card next week, that has cost another 40 Leva. I did have to pose for a new photo, and I was caught pulling faces at the camera. Oh well, at least it gave the woman taking the photo a laugh. Once upon a time people didn't need the useless white card, but went straight for the photo style one. Sometimes progress is not always in a forward direction. So next week we will be making a 3rd trip there. Hopefully we will even be able to register the car as it is in Net's name. If a vehicle is in an individual's name the registration expires when their Residency Card does, but if the vehicle is in the company name there is no expiry date. After having been here for more than 7 years now, under EU legislation (or my understanding of it) I should have been issued a 10 year Residency Card. As is often the case, each region will interpret the rules and regulations differently. So it has gone on when my Passport is due to expire as that is earlier. So it has been a lot of faffing about for a Residency Card valid for only 30 months, and even more faffing about for a useless piece of white card knocked up in an after school club. 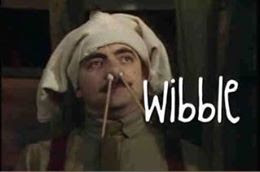 You have to keep smiling though, or else you would be sat in the corner staring off into space. The good news is that the pros far outweigh the cons with regards living out here. One thing we have noticed is that they are not really interested in a person's private health insurance policy, all they want to see is a valid European Health Insurance Card. Which isn't valid if you live here on a permanent basis. So how many hoops would you like to attempt to jump through today? Sometimes I feel just like a performing Seal.