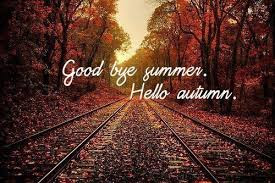 The summer seems to have disappeared, and autumn has arrived to take its place. I am one of these people who can't decide which is my favourite season, but it is either spring or autumn. Once again preparations for winter are already underway, and living in a small village these little jobs seem to take on an added importance. Having been here for seven years now, we are coming up to face our eighth winter, and each one has been different. Hopefully we learn from each, and our preparations take on a different order of priorities. Now that Net is back from the UK, things are a lot easier with both of us doing things, and Net quite rightly is the foreman in charge. 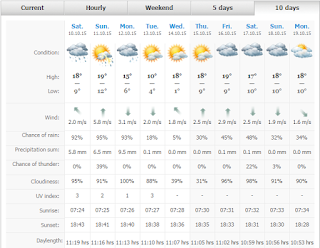 While we still had the sunshine, it was a matter of getting the garden ready. The last of the winter vegetables have been picked and stored. Hazelnuts and Walnuts have been collected by the bag-fulls, and even my first ever home grown Sweet Chestnut has been harvested. So maybe the wind had knocked it off, and all I had to do was pick it up from the ground, but harvesting sounds so much better. The outside tap has been drained down, and isolated, but with the tap left in the open position just in case. Rubber grips have been fitted to outside door handles, and their inner counterparts. I have been sent up in the attic, and up on the roof, to find and repair any damaged roof tiles, and check for any other damage which could lead to leaks. That is one problem with the temperature extremes we have here, tiles do crack every so often, so it is always prudent to check them over when its dry. Not only that but, you do get some lovely views whilst stood up there. The transition between summer and autumn seemed to happen just overnight, one day it was shorts and t-shirt weather, and the next it was jeans and a sweatshirt. 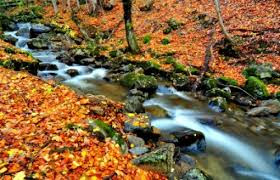 The wardrobes have been swapped over again. The lighter summer clothes and footwear have been put away, and heavier clothes and boots have taken their place. Rugs are now back down on the floor, especially near the doors where the cats and dogs traipse mud and leaves in. Their winter beds are now out and aired, they definitely approve of this although they probably think that job should have been first on our list. Each time we go shopping extra pet food is bought and then stored, we can get most things at the village shop but pet food isn't one of them. The same is true for any tablets and medication which we might need, although some of the locals have worked this out and in an emergency (or what they call an emergency) they come round asking for cold and flu sachets. The car has been checked for anti-freeze, winter screen-wash, snow shovel, blankets and other such bits and bobs. The winter tyres are fitted and with plenty of tread. We have checked that our telephone and internet packages are as good as we are going to get for over the winter months. I did pre-empt matters slightly by getting the extra sports channel on the TV from the start of the football season, my excuse being that I wanted to test it first. The good news is that it works. Travelling about you do notice the leaves changing colour, and taking on their autumn hues. 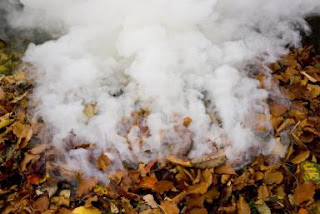 In some areas the leaves have already dropped, but in our village they are still steadfastly clinging onto their twigs and branches. Even in the next village, 5kms away, piles of leaves have been raked together and are then left to smoulder away. The smell of burning leaves in the autumn always reminds me of my Grandfather, and how, as children, we used to help him with bonfires in his garden. As the afternoon gets later the smell of smouldering leaves is replaced by wood smoke, as people light their fires for cooking and heating their houses. It's not too bad providing that there is no mist or fog, as that tends to hold the smoke at a low level. We have lit our gas fires a couple of times so far this autumn, but not the wood burners yet. 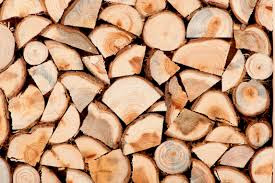 We do have a nice stack of cut and split wood left over from last year. That has spent it's time up under the barn, making sure that it is nice and dry for when we need to use it. I did have a bit of a fuss and palaver trying to get a fresh supply of wood for drying. Like normal I went to the Kmet's office and placed my requirement, and was told the price per cubic metre, and that it would be delivered the next day. It wasn't. Then I was told that delivery would be this week, either Monday or Tuesday. Not so much as a twig turned up. I thought that rather than waiting in the hope of a delivery, I might just as well go into town and pay the bills. You've guessed it, while I was out the wood turned up. 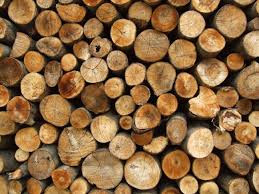 So as soon as I got home it was a quick change into work clothes, and start shifting it from the lane outside the house, in through the gates and start building a neat stack beside the driveway. Luckily before I had even moved a cubic metre, our neighbour got home from work. He didn't even stop for a coffee but started helping me shift these logs. Then his wife was out helping, then his son and then his daughter. Between the six of us we managed to get everything moved before it got too dark to see what we were doing. Thank heavens for neighbourliness out here in Bulgaria, back in the UK I know one neighbour would have pitched in and helped, but the others would probably have been too busy. So now we have a big stack of logs under plastic sheeting, even though Sirius seems to think it is there for his benefit. He climbs up on top of it so that he can look over walls and bark at anything that he sees.

So autumn is here, and our winter preparations are coming along nicely. We might well have what the locals call a 'Gypsy Summer' yet, if we do that will be an added bonus. If not, then we haven't lost any time, and we don't have to rush to get things finished. Our year long task of collecting books to read throughout the winter months is still ongoing, but having kindles does make things so much easier. 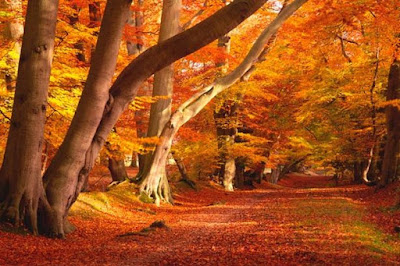