Why Do I Love Bulgaria? 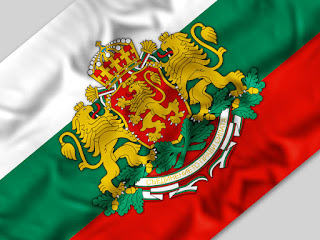 Hopefully, for anyone reading these blogs, it should be apparent that I am very pro-Bulgaria. We have lived here quite happily for almost seven years now, and I am quite happy to admit that I feel more at home here than I ever did in the UK. Of course there are things that I miss, such as friends and family, but for the most part somewhere or other things from back home can be found.  Some people might wonder what makes Bulgaria so special, which is slightly more difficult to explain, but I shall try. Each morning it is a pleasure waking up, and wondering what new delights and memories the day will bring. 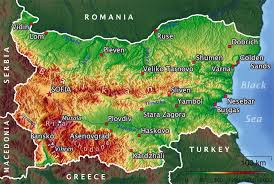 Up until we came over here, neither my wife nor I had ever been to Bulgaria before. I could find it in an atlas, and I could recognise the word България written on stamps but that was about it. So just what has made Bulgaria so special for me? It is a combination of so many things, and there seems to be a bit of everything for people from all walks of life to enjoy. I guess that it is safe to say that this is a diverse country, and rich in so many ways (although maybe not financially). It is an old country, steeped in history, blessed by beauty, and where traditions and crafts are still observed. Yet there are fewer than 7 million people living here. The majority live in the cities, which means that there are vast areas left to the natural countryside. There are rivers, both small and large, lakes, natural springs and pools, forested areas, and fields of crops. There are towns and villages nestled in between them all, where the air is clean, and the tranquillity is undisturbed by the sounds of modern living. It seems that slowly the flow is reversing, and people are repopulating the villages, rather than leaving them for the towns and cities. Despite the potholes in the roads, more people are finding that village life suits them, and they can actually commute into the towns for work. 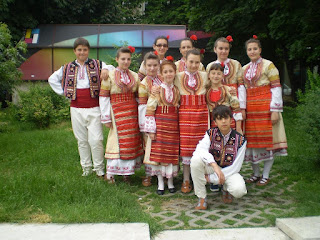 Somebody, somewhere, said that a country's biggest asset is its own people. If that is true then Bulgaria is very fortunate. The Bulgarians we have been fortunate enough to meet have been so friendly, welcoming and helpful. Perhaps because the pace of life is slower here, people have the time to stop and talk. There is still a sense of community, and everyone seems to help each other, no matter what their age. Family life is still valued, but strangers (even us foreigners) are still made welcome. Just last night one of our neighbours brought over two slices of cake for us. The cake itself was lovely, but even better was the big smile on her face as she handed it over. 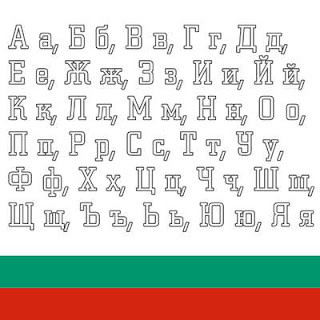 I will admit that at times I do struggle with the language, but it no longer sounds like Martian when I listen to it. Because we make the effort, it seems to be appreciated. Sometimes though, they might feel that our comprehension is much better than it actually is, so we have to get them to slow things down for us. The occasions where we have to resort to pantomimes, charades and gestures seem to be getting fewer and fewer. Although sometimes I'm sure they make me do them just to brighten up the day. I did try learning from books and CDs, but much of that was met by looks of bafflement, as like everywhere, each region seems to have its own accent and idioms. The best way to learn is by listening to your neighbours, and if they see that you are willing to learn they are only too willing to help. Soon your neighbours become friends, and you are then involved with their daily lives, and by extension their families too.

The food here is so much healthier for us too. Much of it is home grown, and actually tastes like food, unlike the mass produced stuff in the UK supermarkets. Those who actually know me, will remember that I do enjoy my food. It has previously been said that I can actually eat my own body weight in pizza, and yes I do have a sweet tooth. In the UK I wasn't what could be described as a salad eater, I could never really see the point of limp lettuce and watery tomatoes, but here I have been known to eat a salad on my own without pushing it round a plate hoping that it would magically disappear. There is something satisfying about eating something which you, or one of your neighbours, has grown, not to mention the added bonus of it actually tasting how it is meant to be. I still don't eat fish, but I will have a go at tucking in to most things, and in the 7 years I think that I have only had to admit defeat with 2 things. 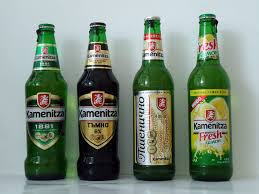 The national drink of Bulgaria is something called Rakia, and many villagers make their own, but it is not for the faint hearted. It is often said that it can be used as a general cure all, disinfectant or even as a cleaning fluid. Bulgarian wines are also attracting more International recognition. A thirsty traveller shouldn't ignore the choice of Bulgarian beers. It is not uncommon to see people drinking beer mid morning during the Summer, but their day had probably started so much earlier than mine as they will have been working in the fields. One drink which I have never found the taste for is something called Boza, but children seem to like it. I think that I will stick to coffees at one of the numerous cafes. These are ideal places to relax, catch up on the news or just watch the world go by.

As I previously mentioned, there seems to be something for everyone here. To the West, and running through the width of the country there are mountains, and foothills. To the East there is the coast and the Black Sea. The Northern border is made by the River Danube, and to the South more mountains separating Bulgaria from Greece and Turkey. Everywhere you look you can see an ever changing scenery, native wildlife, insects, birds and plants abound. The seasons are all distinct from each other, the lush greens of Spring after the chill of the Winter months. The heat of the Summer giving way to the welcome russet tones of Autumn. Small wonder that my wife likes painting this wonderful country. 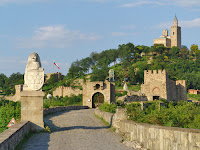 For such an old country, there is always plenty of history to immerse yourself in. With the new road systems which are being constructed, hardly a week goes by where they haven't unearthed a previously unknown necropolis, or some other wonder. Just consider that every step you take an ancient Thracian, Roman or Ottoman could have once walked before. Unfortunately this does mean that grave robbers might have been about, and that various treasures may have been smuggled out of the country. New discoveries are being made all of the time, and the earliest known cache of Thracian gold artifacts was found here in Bulgaria. The Bulgarians have every right to feel proud of their country's history. It might not always have been an easy life for those living in what is now Bulgaria, but the history has helped to make them into the people who they are today. 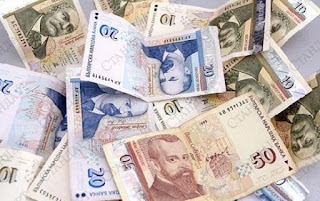 As a foreigner living in Bulgaria, I have to admit that my pension does go a lot further. At the moment the problems in Greece are also to my advantage. The cost of living is so much cheaper than in the UK, and perhaps this enables me to do things which an average Bulgarian can't. I try to employ locals for any work which we might need doing, and I do use the village shop and Pensioner's Club. It might not sound a lot, but every little helps the village economy. Some have tried to take advantage, but you soon get to realise who these people are. Having said that you do find such people wherever you go in the world, and your friendly neighbours will be only to happy to advise you on who to avoid. 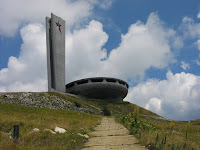 There are also various oddities to be found in Bulgaria, such as various 'Vampire' graves which have recently been unearthed. Or there is the monument to the Bulgarian Communist Party at Buzludzha. Near to Ardino, you can find the Devil's Bridge (Дяволски мост) as it spans the River Arda. Folklore and tales can be found in all regions throughout Bulgaria, some being easier to find than others, but all well worth searching for. Sometimes it does make me wonder just how so many wonders are crammed into just one country. From the natural to the man made, there is always something to see or do here in this wonderful country. Whether it be skiing in the Winter, hiking in the Summer sunshine or just enjoying time spent with friends you can only have a quiet day in Bulgaria if you actually want one. 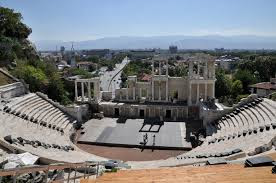 Hopefully this has given you a small insight why I consider myself privileged to live here. There are some things which irritate, but the pros far outweigh the cons. So if you have never been to Bulgaria before, why not give it a try? Avoid the out and out tourist destinations, meet the real Bulgarians, discover the history, enjoy the beauty, sample the local food and drink, and you will not be disappointed.