There and Back Again Again 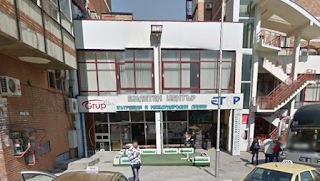 Once upon a time I used to drive backwards and forwards to Sofia airport. That was until someone suggested getting one of the regular buses, which can save a lot of potential hassle. Even something as simple as that can cause logistical problems when you have a temperamental car. The first thing was to sort out the bus tickets, so that meant a trip over the hill into VT. Now as luck would have it my better half was booked into the hairdressers, so rather than me hanging around I thought that would be an ideal time to kill two birds with one stone. So I went off in search of a taxi driver. As luck would have it he spoke a little English too. So not only was I able to get the required bus tickets, but I was also able to arrange an early morning pick up. I know that I could have booked the tickets online, but I prefer to actually have them in my grubby little hands. Parking in VT isn't ideal at the best of times, so we thought a better solution would be to park in Gorna, and then get the taxi over the hill again. A couple of days before the trip I phoned the taxi driver just to confirm the arrangements, so if you ever get to read this many thanks Paco.

Come the day of the races, or the airport trip, it was an early start. It was so early that even the alarm clocks for the crickets and frogs hadn't woken them up yet. The dogs and cats weren't very impressed at their early wake up calls either, but an early breakfast and they forgot all about it. So with the menagerie sorted out, we had time for a last minute check of things, and that all important coffee. Those that live out here will be aware of the bit of weather that we have been having recently, thunderstorms and a bit of wind. Out here in the back of beyond that often means we get fog early in the morning, so we thought that it might be prudent to leave slightly earlier than planned. 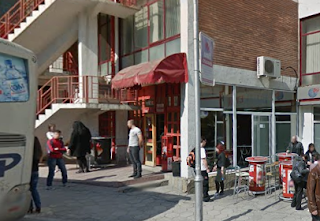 It turned out to be quite a wise move, as not only did we have fog, but the wind had also brought branches down in the road. The car did behave itself though, until I had almost reached my planned parking area. Only then did she throw a wobbly and decide to have a tantrum. I have no idea what is wrong with it, the mechanic has had the diagnostic thingie on it and he is none the wiser. Filters have been changed, the tank has been emptied and cleaned, the fuel pump has been changed, various sensors also changed. If we let her cool down she is fine so it is something temperature related. The most important thing was that we got to where we wanted to be. Paco picked us up just as the dawn was breaking, and took us to the bus stop. The little cafe was just opening, which was fortunate as they also have loos there. Always an important consideration, even if they could have benefited from an air freshener or three. Another coffee was in order to try and dispel memories of the aromatic facilities. The old lady behind the counter was a lovely person, and seemed a little surprised that two half asleep Brits could mumble almost coherently in Bulgarian with her. She even wanted all of my change. 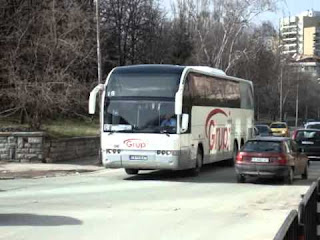 Even while we were stood outside drinking our coffees, waiting for the bus, we were chatting with a young Bulgarian woman in a mixture of languages. It turned out that she had been working as a Nanny not that far from where I grew up. Not only is it a small world, but it seems to be shrinking. Unlike last time, this didn't seem to be the quiet bus, which was lucky for the driver as he spent the whole trip nattering with his mate. The sun was rising in the sky, and the day was warming up, and the fog was turning to mist before disappearing totally. Meanwhile the temperature in the bus was getting warmer and warmer. How nice of him to have the heating on so that we all arrived in Sofia part cooked, but he did get us there slightly early. The usual taxi hawkers were there inside the bus station, and we had a choice, we could either attempt the Metro system or get a taxi to the airport.

The taxi was the better idea as we didn't know how long the journey would take on the Metro, and looking at the traffic it seemed to be rush hour. The taxi driver we had must have been a retired racing driver, as every space between cars ahead was a challenge. Or perhaps he used to work on the dodgem cars at an old fair ground. Eventually we arrived at the correct terminal, if I hadn't pointed out he was lining up to take us to the wrong one, we could have been treated to the grand tour. With my good lady wife safely checked in and through passport control and customs, I now had the journey back to look forward to.

Earlier this year I wrote a blog about using the Metro as an alternative option for getting to and from the airport, and now was my chance to try out my own information. The first thing that I had to do was find the shuttle bus, did it leave from the arrivals or departure area? I eventually noticed it, as it was leaving from the departure terminal bit. It had been cunningly concealed behind some form of press interview/scrum which was taking place. There now seems to be extra bollards all over the place, preventing a lot of vehicular access, so where the marked bay should be it might not be able to get to it now. Not to be outdone I thought that I would once again take my life in my hands and get a taxi round to terminal 2. If you get one of the OK Supertrans taxis from outside the terminal they will charge you a flat rate of 10 Leva to go between terminals. I didn't mind as I was on a mission, and it also gave me a chance to try something new. The good thing was that I wasn't tied by time, so I could have waited for the next shuttle bus. However terminal 2 held the promise of coffee and loos, probably in that order of priority, so a taxi it was. At least this taxi driver didn't think that he was Ayrton Senna reincarnated, as the trip between terminals was rather sedate compared to the earlier journey. 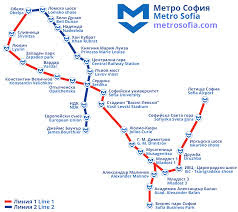 The first thing that struck me was how clean the Metro station looked. The second thing was the drunk man slumped against the wall being spoken to by the Police, perhaps the world's underground stations are a natural habitat for them. The lady in the kiosk was pleasant and helpful when I got my ticket. So ticket in hand I went round the corner to get onto the platform. There are automatic barriers which you have to use your ticket to pass through, so once I fed the right end in the gates opened and i was on the platform. Everything was clearly laid out, with an information board indicating I only had to wait 4 minutes for the next train. It was on time, clean and only suffering from a couple of bits of internal graffiti, which made a pleasant change from London's underground. At the moment there are only the 2 underground lines M1 and M2, with plans for a 3rd in the near future. 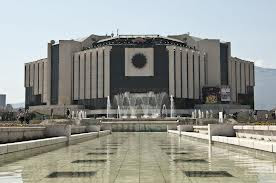 Even on the train you get plenty of information about which station you are arriving at, and which station will be next. They even tell you if you need to change trains. All done in both Bulgarian and English, which is very helpful when you have been awake since daft o'clock. At Serdika station I had to change to get onto the M2 line. That wasn't that clear until I noticed people scuttling away to the side of the stairs, and then I noticed a sign saying M2. Down a few stairs to the main concourse above the platforms. There are lifts there for anyone with heavy suitcases or slight mobility problems. On the concourse you are faced with a choice of platforms, one says to Lozenets and the other to Obelya. I could see a map down at the platform level so I headed for the busiest platform which was the Lozenets one. I was still trying to decipher the map when the train arrived. So following the masses I got on it, and you've guessed it, it was the wrong direction. So I got off at the next station, the Palace of Culture (NDK), and got on the next train going in the right direction. Three stops later and I was at the Central Railway Station. Then it was just a case of following the exit signs, they even point you towards the Central Bus Station too. 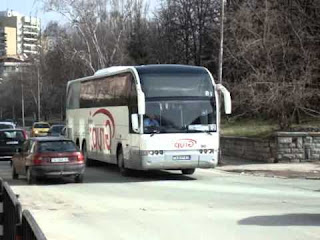 Into the bus station to buy a ticket back to VT and then outside to wait for the next bus, to take me on the next leg of my round trip. The bus journey itself was fairly uneventful, apart from the fact that I was getting pretty knackered by then. I think I must have been suffering from nodding dog syndrome, or my neck had suddenly been made from elastic. I couldn't even focus on my book. I did try to sleep, but I'm sure that every time I was just about to nod off the driver went through a ploughed field, or the wheels resembled the old threepenny bits (which some of us are old enough to remember). 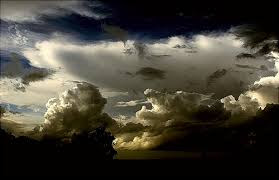 Back into VT and I was in dire need of another coffee. I even used the facilities again which would be enough to wake a narcoleptic from their slumbers. Fortunately I remembered to hold my breath. Another taxi back over the hill to the car, which was conveniently parked in the shade, so everything had cooled down and stayed cool. A little bit of shopping and it was time for the final leg of the journey, and home. The only problem being that the roads had heated up during the day, and the air was very humid as though another thunderstorm was approaching. I stopped halfway home to let the engine cool, but when the clouds began to gather and darken I decided to push on. As sure as eggs are eggs, with the first rumble of thunder the car threw another wobbly. So there was nothing to do apart from wait until things had cooled down enough to actually get me home. As luck would have it I was home, and had packed the shopping away, and sorted the animals out before the heavens opened once more. One day we will actually discover what is causing this problem with the car, but it only happens during the summer. Thank heavens for buses, taxis, and the Metro.
Posted by Unknown at 00:48