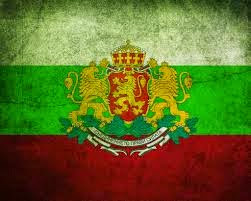 Bulgaria is an old country, and as you might expect it is rich in history, traditions and folklore. They are all around you, from the major cities to the smallest of villages, and sometimes where you least expect. Through writing these blogs, I often do plenty of research, which might surprise some. All too often I have to admit that I do get sidetracked, when one little gem or another piques my curiosity. Sometimes these get filed away for use another day, then others are only ever a paragraph maybe two if I am lucky. Some of you reading this might never have been to Bulgaria, but I consider myself lucky enough to actually live here, and I get to see and do so much which might otherwise have eluded me. 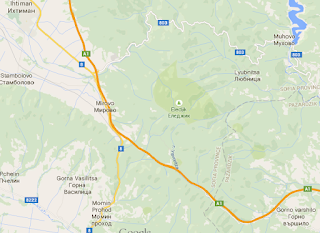 Take for example the Trakia Highway (named after the historical region of Thrace), also known as route A1. It links Sofia and Burgas, via Plovdiv. Possibly not much of interest there you might think, but you would be surprised. If you travel from Sofia, after about 55km you will pass through a tunnel known as the Gate of Trajan tunnel (Тунел Траянови врата). You might wonder why it has such a name, but in days gone by the old roads and tracks passed through a mountain pass as it followed part of the course of the River Yavoritza. This pass was of strategic importance as it was one of the few means of getting between the lowlands of Sofia and the Upper Trakia valley. 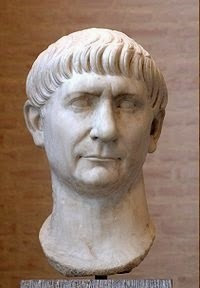 As such it has been well guarded by whoever was in control of that area, from the times of the Thracians. It wasn't until the times of the Romans that a permanent fortress was built, to house a garrison to guard this important pass. Many believe that it was on the orders of the Emperor Trajan himself, and originally it was called Stipon. Today the remains of this fortress can still be seen. These remains are on a hill overlooking the pass, some 600 metres from the tunnel. The ruins are quite small, some 60 metres by 40 metres, but plenty of the stone and brick walls can be seen. You can imagine the guard towers looming over the pass, and the many rooms held within the fortress, It wasn't until the mid 1970s for any real archeological excavations to take place. Various surprises were found, for example a tunnel was discovered just inside the gate area, leading down to the river. So the Romans had an 'easy' means of water supply, and this tunnel would have been constructed at the same time as the fortress itself. There is always something to be said for planning ahead. 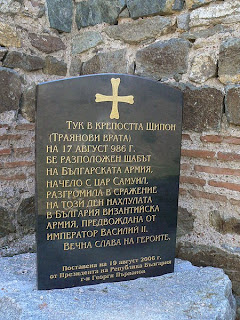 Perhaps the best known battle for the pass happened during medieval times. This happened between the Byzantine army of Emperor Basil II, and Bulgarian forces led by Tsar Samuil. It effectively prevented any further incursions through the pass into the West of Bulgaria. Effectively the Byzantine forces were routed during the battle of 17th August 986. For 7 years Bulgarian forces held the pass against repeated attacks. Move ahead 500 years or so, and the winter of 1443/4 saw Wladyslaw III of Poland lead his crusaders against the Ottoman Empire. He reached the 'Gates of Trajan' in his initial campaign, but realising the difficulty in capturing this pass the following year he moved his forces through the Northern part of Bulgaria. Then during the war of Independance (1877/8) Ottoman forces dug trenches in the area, as they prepared to face a decisive battle against the Russian army. Maybe it was because of panic, or at least disorganisation, the Ottoman forces withdrew to Pazardzhik before the battle began. 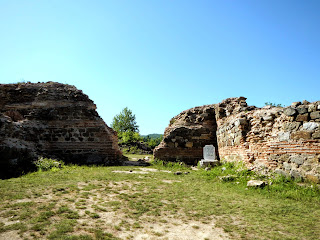 Being a main route through the mountains, this area was often plagued by bandits. During the Byzantine and Ottoman occupations even the garrisons stationed there failed to control them. A few local villages (Klissura and Vetren) were given partial tax exemption during the Ottoman occupation, in the hope that they would prove more successful in preventing these attacks by the bandits. Nothing really worked, and people began to make a detour through Momin Prohod, Kostenetz and Belovo. Effectively abandoning the pass to the bandits. However, that is not the end of the interesting things that I have learnt about this area. 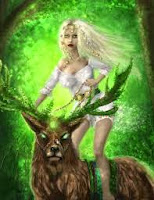 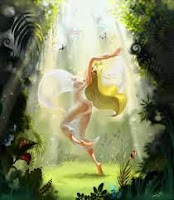 In the years before the archeological excavations began, the villagers of Gorno Varshilo and Dolno Varshilo would pass by the ruins as they took their produce to the city markets. As dusk began to fall, any villagers near the fortress remains began to hear strange hissing noises. Villagers the whole world over are quite a superstitious bunch, and soon they began to believe that they were hearing Samovilas, or Samodivas. These are beings from Bulgarian and Romanian folklore. The Romanians refer to them as Lele's. 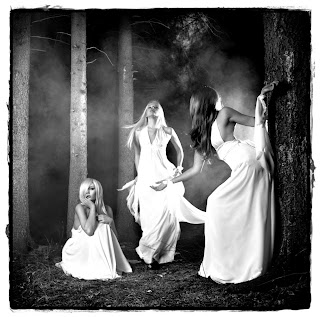 These beings are said to inhabit the mountains and forested areas, and are of an unearthly beauty. They have the power to bring drought, burn crops and give livestock a high fever. When angered they can fly and fling fire at enemies. Somewhat similar to the Harpies of Greek myths. They have a hostile and dangerous attitude towards people, but any man who gazed on a Samovila would become obsessed by her beauty, and chase her relentlessly. Women faced with such beauty would kill themselves. Fortunately these creatures are nocturnal, but any villager passing near the 'Gates of Trajan' was always very careful to not offend these beings. After the excavations the odd noises and hissing stopped. Many think that a partially blocked tunnel was to blame, with the change in air pressure as the day cooled.

For any further reading about this area you could always try this book by Miho Chervenkov about the City Kostenetz and the surrounding area.
Posted by Unknown at 17:48