I always used to think that village life would be quiet and peaceful. However, the longer that we have lived here, the less I find that that is the case. You just have to stop and listen, and you will soon hear that it is not quite as quiet as you might imagine. I am not complaining, as the majority of sounds are made by nature, rather than by mankind. If you will bear with me I will take you through an average day, starting with the sun just rising. As we are in a rural setting we have plenty of woodland and lakes surrounding us, so the village is a constant hive of activity for bird life amongst other things. Now that the weather is warming up, each day is greeted with the dawn chorus, rather than the birds being huddled up in their nests, coughing and sneezing. 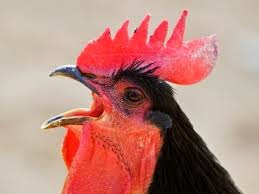 It doesn't take long for the various Cockerels to start crowing, and as soon as one starts another one tries to outdo it. They carry on throughout the day, as they try and keep an eye on their gaggle of hens. Then there are the various Geese, Ducks and Turkeys which have also been roused into wakefulness. Occasionally you can also hear the odd Pheasant or two, coughing away at the edges of the village. The villagers are soon up and about, sorting out their livestock, and getting children ready to meet the school bus. The children must still be half asleep as I never hear them first thing in the morning. Dogs soon begin to appear on the village streets, I can only assume that they belong to people as come the evening they have all disappeared again. 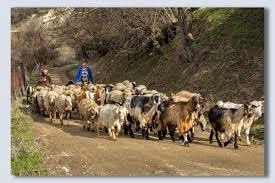 The morning continues to warm up, and goats and sheep are taken to the shepherds who then take these larger flocks out to various bits of pasture. I am always amazed when they return, as they all know where they live once they get back into the village. People just stand at their gates to hold them open as their animals return. There are no barking dogs, no shouting, just the gentle clanking and clonking of various bells. Every so often one adventurous goat might take a fancy to a choice bit of vegetation, but a stern "Haide" and they are off to catch the others up on their return journey home.

Once the livestock, and children, have been sorted out people can then start on their own daily bits and pieces. More often than not this will involve tending their gardens. So above the hum and drone of bees visiting flower beds and blossom, you might hear the odd word or two or a radio being played. What we do often hear though are two shy visitors. Every so often you might see a flash of yellow flying between trees, this will be the Golden Oriole, but it has a very melodic call. The other is the Cuckoo, definitely not so melodic, but always a pleasure to hear, even if it is bad at telling the time. Whoever heard of 27 o'clock? Some villagers don't seem to have a working volume control, and any conversation is carried out at one level, loud. I am sure that these could hold a conversation between them selves from one end of the village to the other. 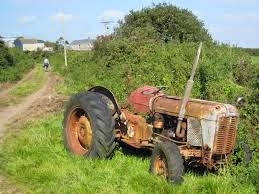 If there is work to be done in the fields, old asthmatic tractors are fired up and off they chug. There are a couple of newer ones, but the old faithfuls do keep going, even if they do look like they are held together with bits of wire and recycled bits. Nothing seems to be wasted, even if it can no longer be used for its intended purpose, it will be given a new lease of life when it becomes incorporated into something else. Eventually even old tractors have to die, but some of their parts still live on. There always seems to be someone tinkering away, elbow deep in the guts of an old tractor. So rather than everything having a use, it seems as though everything has a multitude of uses, it all depends on how far along the timescale it has got.

We often get wood lorries growling their way through the village. Many appear to be ex-military, and have definitely seen better days. Like the old tractors they keep on going, often only on a wing and a prayer. Then there are the recycled rotavators, which will putter along, towing a trailer. It might be quicker to walk, but in the Summer heat no one wants to rush anywhere. The quietest time in the village seems to be between 1 and 4 in the afternoon, which coincides with the hottest part of the day. We are often sat up under the barn then, reading and just letting the sounds of nature wash over us. 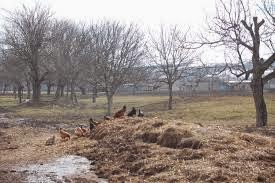 Life seems to pick up a notch with the imminent return of the school bus. Parents and Grandparents go to meet the youngsters, and take the opportunity to sit and have a natter and catch up with each other. Pretty much the same the world over, although what happened in EastEnders, Coronation Street, or Britain's Got Talent might not feature highly on the list of village interests. Its nice to hear the children playing, laughing and shouting when they get off of the bus. At least here children are allowed to be children, and once they have done their chores they are allowed out to play again. They seem to do whatever homework they have in the early evening, before turning in for the night. 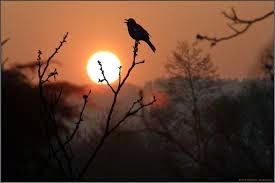 As the sun sinks lower on the horizon the chorus of Blackbirds, Starlings and Sparrows picks up from where it left off in the morning. The Swifts, Swallows and Martins do their bit for mankind by eating as many mosquitoes, gnats and midges that they can before calling it a night. The fading light doesn't mean that there is a cessation of noise however. It just gets passed on to something else. Often I seem to be followed by a cloud of whining, biting bugs as I finish off watering the garden, so there are the slaps accompanied by vaguely muttered swear words. We also get a Jay which sits up in one of the Walnut trees laughing at me, if I get my hands on it it won't be laughing any more. 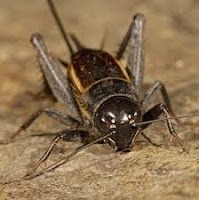 The warmer weather has woken up a numerous amount of field crickets, much to the cats enjoyment as they seem to feel that they need to be hunted. From the remaining crickets there is that constant chirruping in the background. In a few weeks time they will be joined by the tree frogs. Sometimes it sounds almost tropical living here, thankfully we don't have quite so many nasty beasties living here. 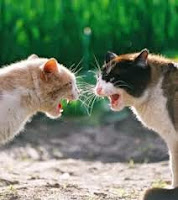 After having eaten their fill of crickets our cats seem full of energy, and will play fight between themselves. Heaven help any strange cat which dares to venture into their garden, as they will gang up on it and have a full on scrap. The cats fighting will even drown out the sound of the local frog and toad population. From around the lakes, and beside the stream they can be heard, croaking, booming and chuckling. This will carry on throughout the night, and at times it sounds like a constant hum, similar to what you used to hear if you stood beneath a power pylon.

Finally, you can lull yourself  off to sleep by listening to various Bats, Owls and Nightingales. During the Spring and Autumn we sometimes hear Foxes having a nose round the village. It is easy to trace their path, as the sound of village dogs barking follows them. Then in the Winter there are the Jackals up in the woods, the colder the Winter the closer they will come to the village.

Maybe with Paisii being in a small valley up on top of the hills, sounds might be a little more enclosed and tend to echo a little, but if you listen it is always full of life. This village life certainly might not be as quiet as I once imagined it, but I wouldn't want to swap it.
Posted by Unknown at 18:15