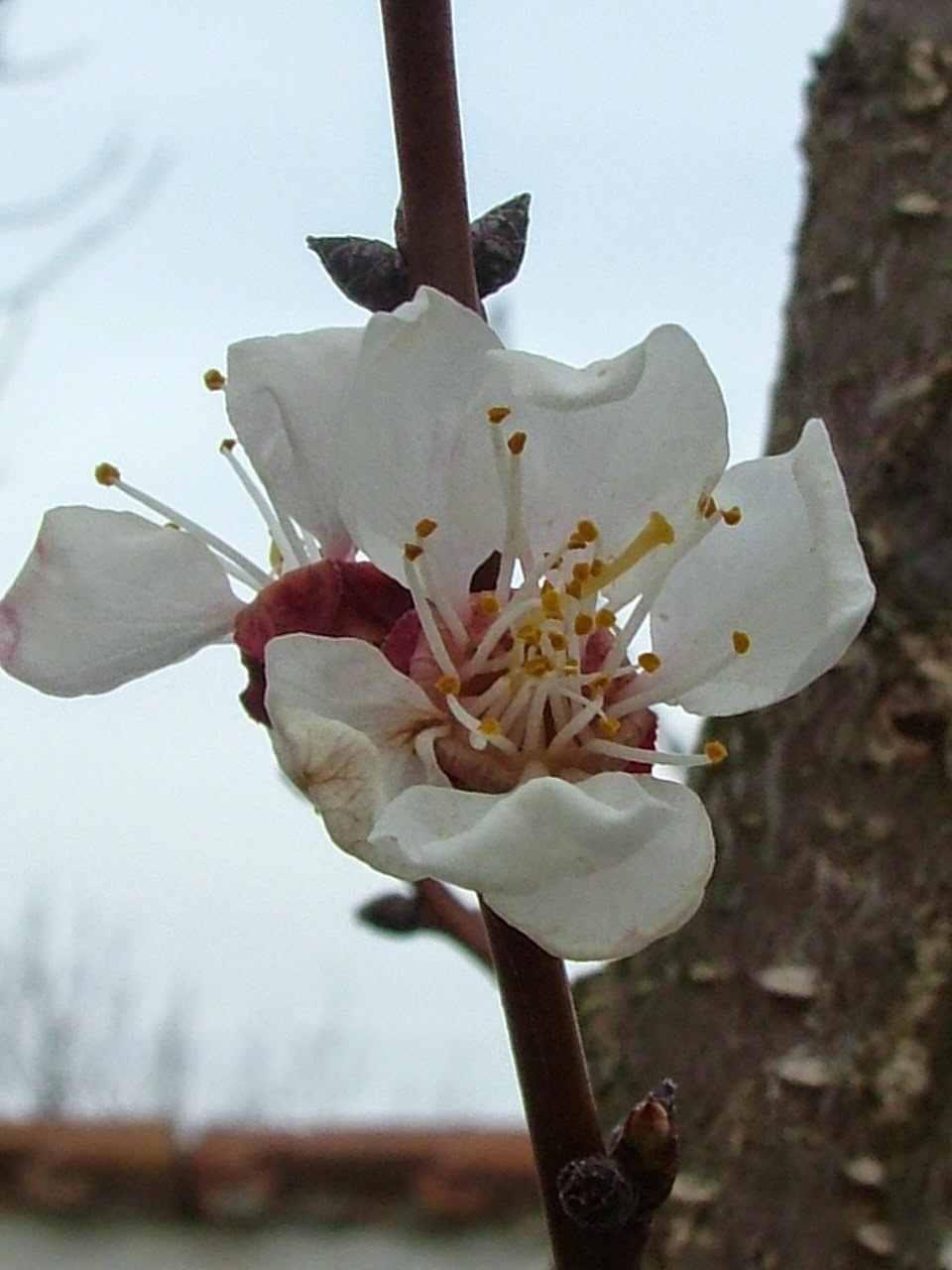 Do you remember in previous blogs I mentioned about the red and white thread bracelets that are worn from the 1st of March, the Martenitsa? About how they are worn until you see a Stork, or you see the first fruit blossom? Well, as a change this year, despite scanning the skies, we took ours off when I happened to notice that our Apricot tree had suddenly started to show blossom. I am sure that they weren't there in the morning when I was out working in the garden, but there they were proudly unfurling themselves in the afternoon sunshine. So now our slightly grubby Martenitsi are hanging from various fruit trees around the garden. Despite today's weather I have been out in the garden again, and besides the Apricot tree, we also have Pear, Apple, Plum, Peach and Cherry trees all starting to display their wonderful Spring colours. Even on a dreary day, such as today, the insects are slowly waking up and lazily flitting from one open blossom to another. Hopefully the blossom will get pollinated without sudden frosts, or bad weather, damaging them. There is something very satisfying about sitting in the garden on a Summer's day eating fruit which has been freshly picked from your own trees. 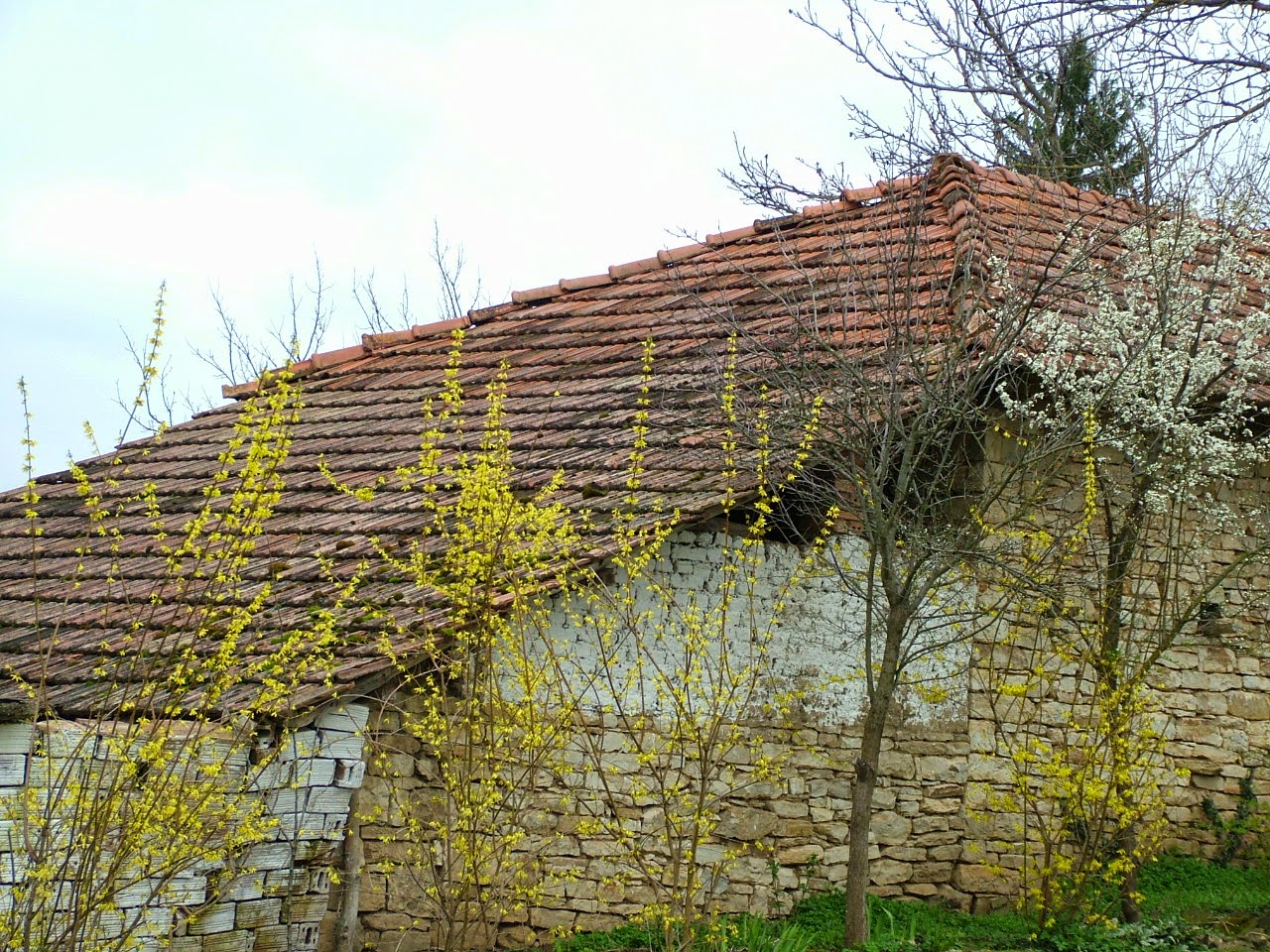 Not only are the fruit trees coming into a show of Spring colour, but so are the Forsythia bushes. Their bright yellow flowers are a welcome sight on a grey day. Not only that, they also help to attract the early insects into the garden. Looking at the photo, it looks as though they could do with pruning once their flowers have dropped. Even though we are now nearing the end of March, Baba Marta is still having her say. We have had temperatures above 20C already this year, by comparison today at 11C feels a bit chilly. That might have something to do with last night's rain, and today's sporadic drizzle. So on fair days we are out in the garden mainly tidying up after the winter, but on days such as this it is Spring cleaning indoors. Various spiders have been evicted, windows have been opened to freshen the house up, and I have been tasked with cleaning the oven, fridge and microwave. Once the freezer gets lower that will be defrosted and cleaned too. 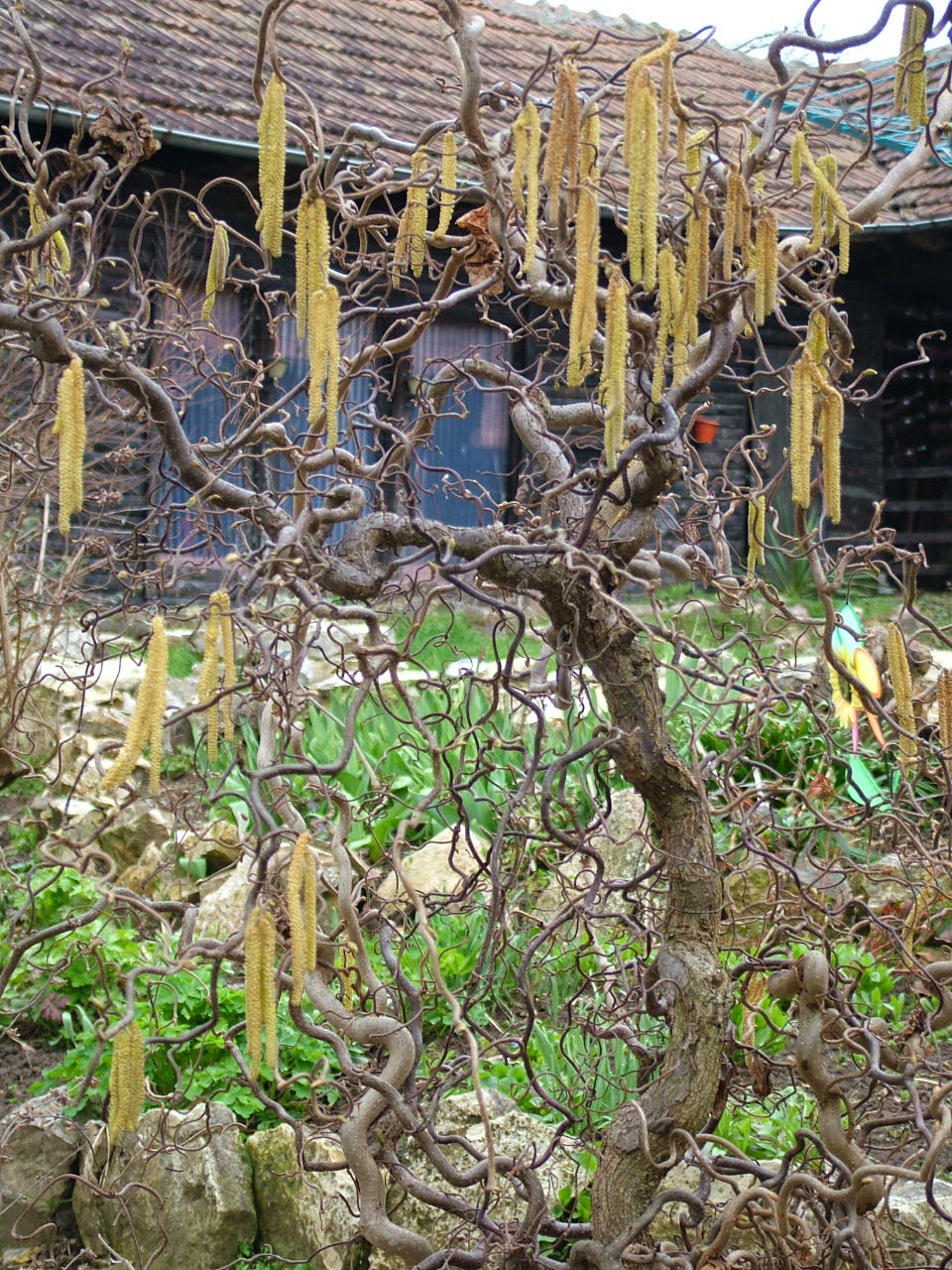 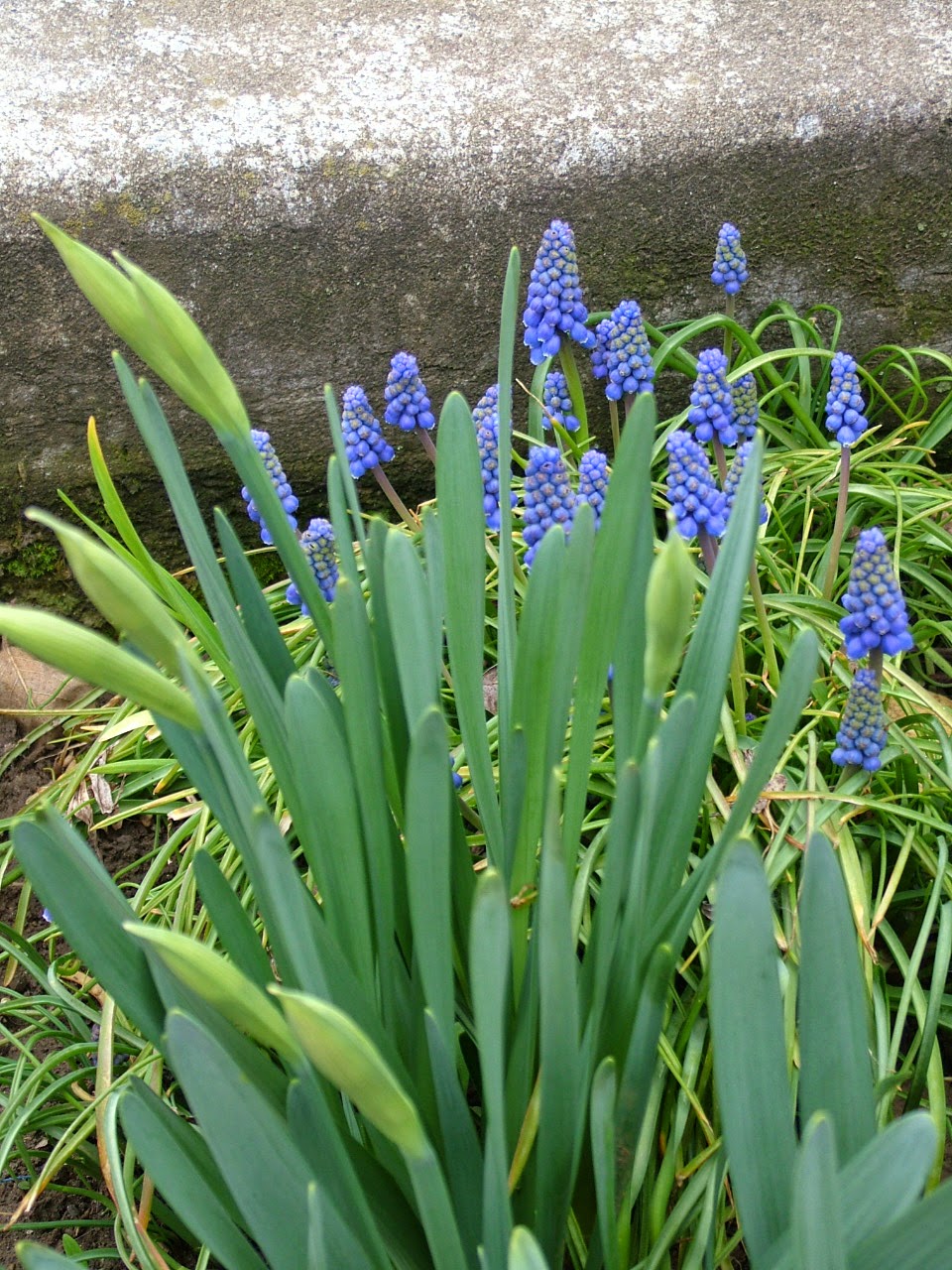 After having been cooped up indoors throughout the winter months, it is nice to be able to get outside and start pottering in the garden. Apparently clearing snow from the paths, and doing the daily log runs doesn't really count as getting outside. The cats are enjoying watching the birds who come to visit, but I am assuming they are thinking more along the lines of lunch, or toys, rather than them being a welcome indication that Spring has returned. The dogs are much more laid back about things, and their main interest, besides food, is where the sun will be at any given point during the day, and how can they ensure it is comfortable for them to bask. Fenric is also happy to have rediscovered his tennis balls, which had been buried under snow. I wish that they would all learn to wipe their feet before coming back in though, as we seem to have a constant battle against muddy paw prints on floors, walls, window sills and windows, alongside nose prints on the windows. 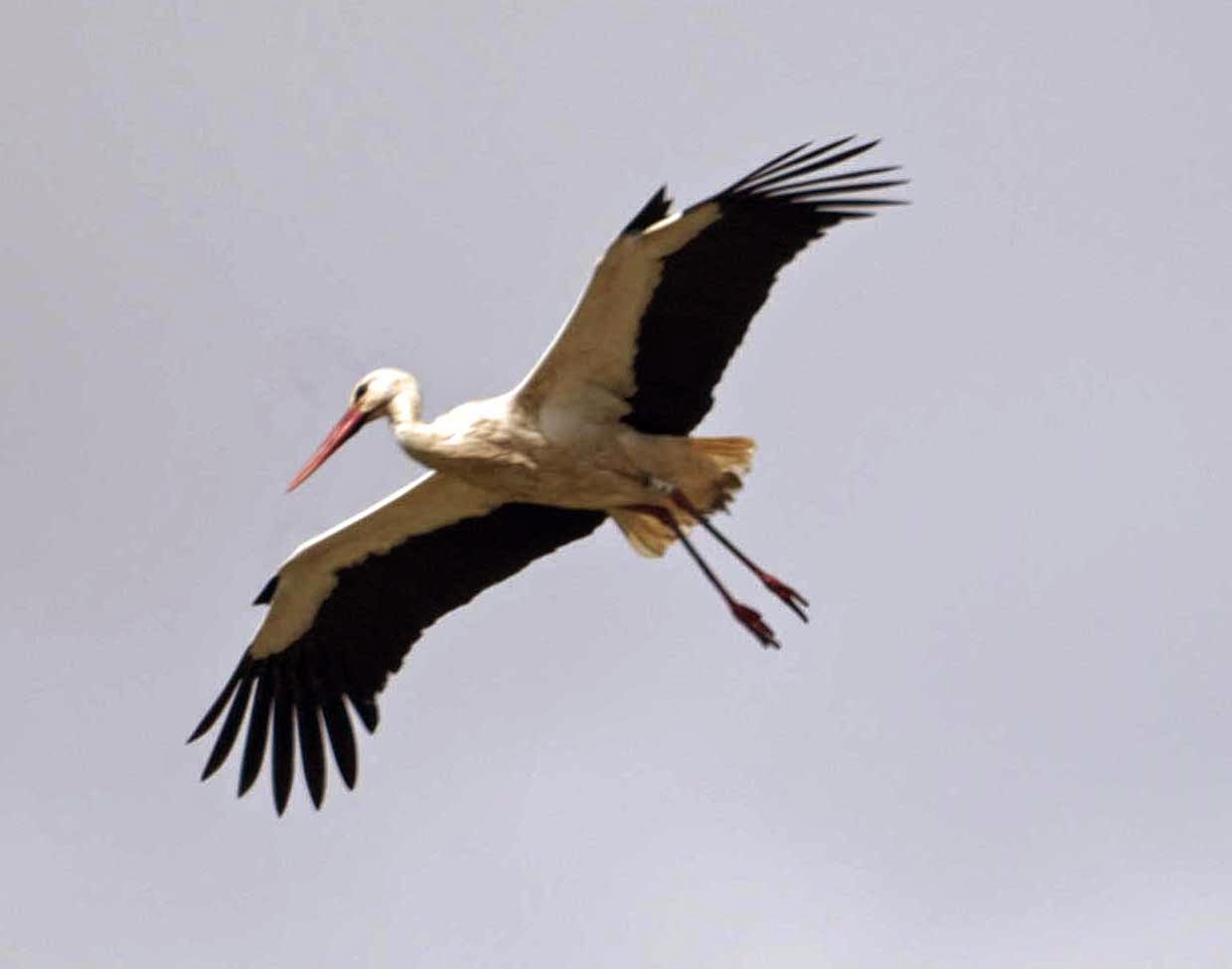 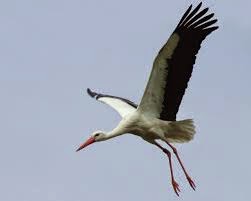 Yesterday, we went into town to do our shopping, and pick up a couple of bits from the ECont office. The Storks might not have made it to the village yet, or even Strelets, but they were there on one of the nests in Draganovo. One flew in front of the car as we went through Pravda. It is surprising that such a large bird, which looks so graceful in the air, can look like a broken hang glider when coming in to land. The one in Pravda was then quite happily strutting around the football pitch as though it didn't have a care in the world. My knees are hoping that the warmer weather will soon be following them, but that's what you get from kneeling on too many cold and wet steel flight decks working on aircraft. One thing I have noticed is that our hallway must be the end point of a ladybirds migratory route. Everyday it is swept and dusted, and totally devoid of any sign of the little buggers. Five minutes later they are back again, some are quite happily marching about on the rugs, whereas others  haven't fared quite so well. I have looked and looked, but I can not find where they are coming from. Perhaps they are from a Ladybird equivalent of Star Trek, and that they have been beamed down. Oh all right I'll say it, "Beam me down, Spotty". Even the cats and dogs tend to avoid them, maybe they have also read my blog where I revealed that they can, and do, bite.

The only thing left for me to do on this blog is to remind everyone that the clocks change in the wee small hours of tomorrow. The clocks go forward an hour, so that means an hour less in bed. Hopefully the dogs will not be in too much of a hurry to go outside tomorrow morning. Wishing you all a wonderful Spring and Summer from us here in the back of beyond.
Posted by Unknown at 16:54