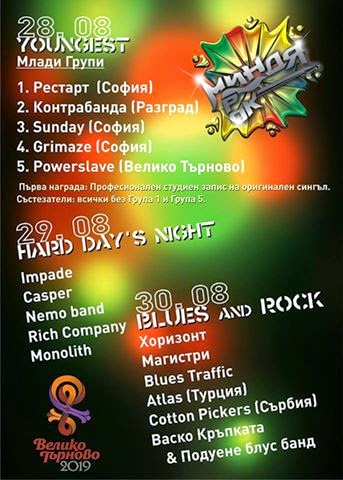 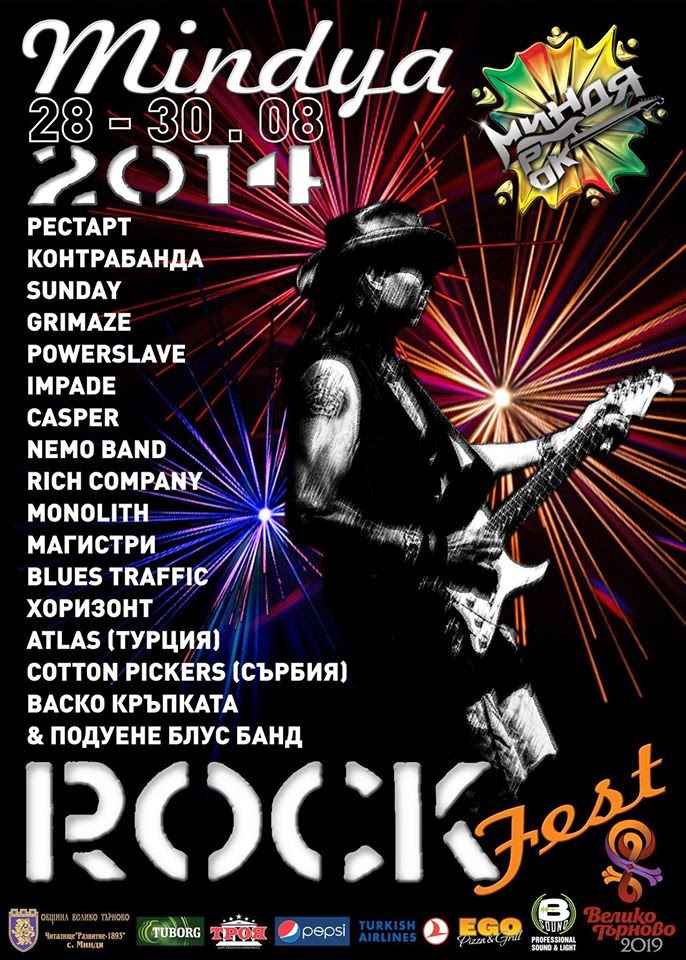 I always look forward to this time of year ever since we moved here. Just in case you are wondering why, it is because I enjoy the Rock Fest held at the village of Mindya. This year was the 6th time that this event has been held, so we missed the 1st one as we weren't even here then, but we have made it to 3 out of the other 4. This year was slightly different, as rather than being held over the two days it became a three day event. Also some of the more familiar groups were absent, but they made way for some different bands. 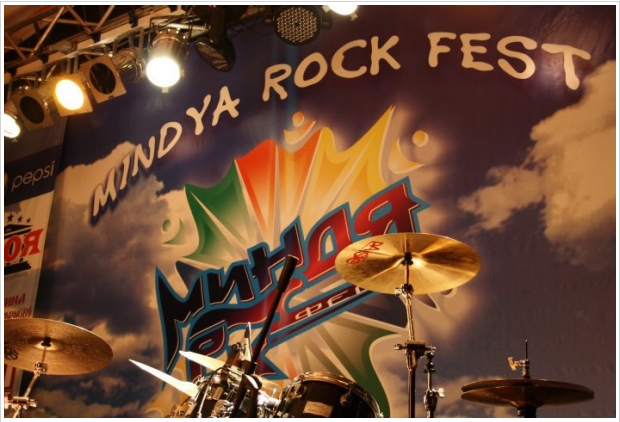 Thursday saw the untested groups vying for the chance to have time in a recording studio, so that they could get the chance to have their own disc made and the possibility of being signed up. You will notice that a lot of these unheard of groups were not local to the area, so it is easy to see just how far the word about Mindya has spread. Friday brought out the rock in people, and the people who rock. We toyed with the idea of attending on the Friday, but as we went to Bojur Fest earlier in the year at Gorna Oriahovitsa, we decided that Saturday, and the rock and blues night, would suit us. 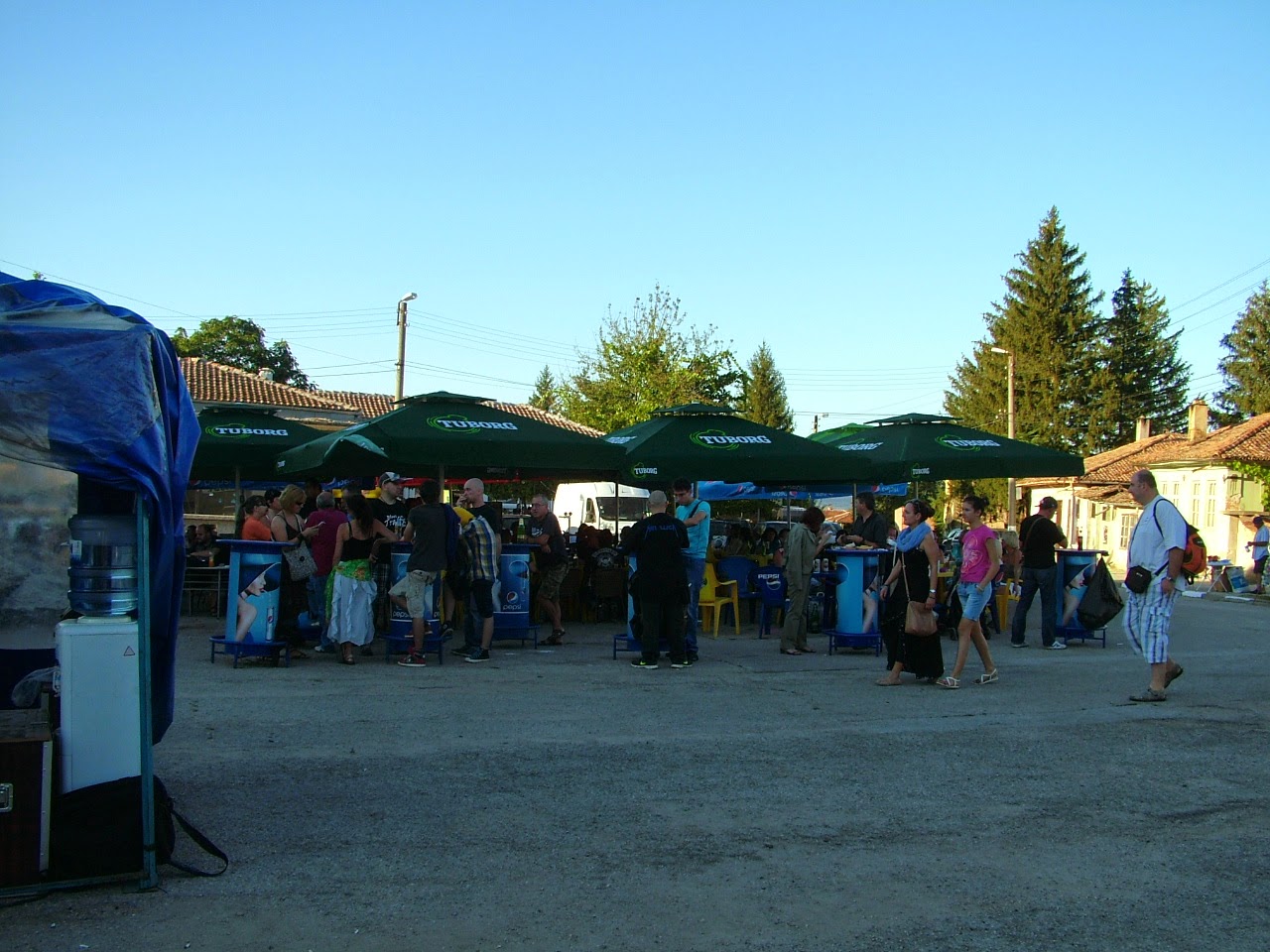 So just before 6 yesterday evening a group of us left our village and headed towards Mindya. Some of the younger ones had decided that they were going to camp overnight. This is another wonderful thing about Mindya, if you choose to camp there over night you are quite at liberty to do so, and it is free too. I dare say that there have been a few hardly souls who have been there since before the first act took to the stage on Thursday. The downside with it becoming more popular is that it becomes more difficult to find somewhere to park. This is another good reason why we left our village so early, and every year we seem to be able to grab the same parking spot. The food and drink vendors were all doing a good trade by the time that we wandered up into the village square. So we found a suitable vantage point from where we could view the stage, and it also meant that we could keep an eye open for the happy campers and friends who were due to arrive. 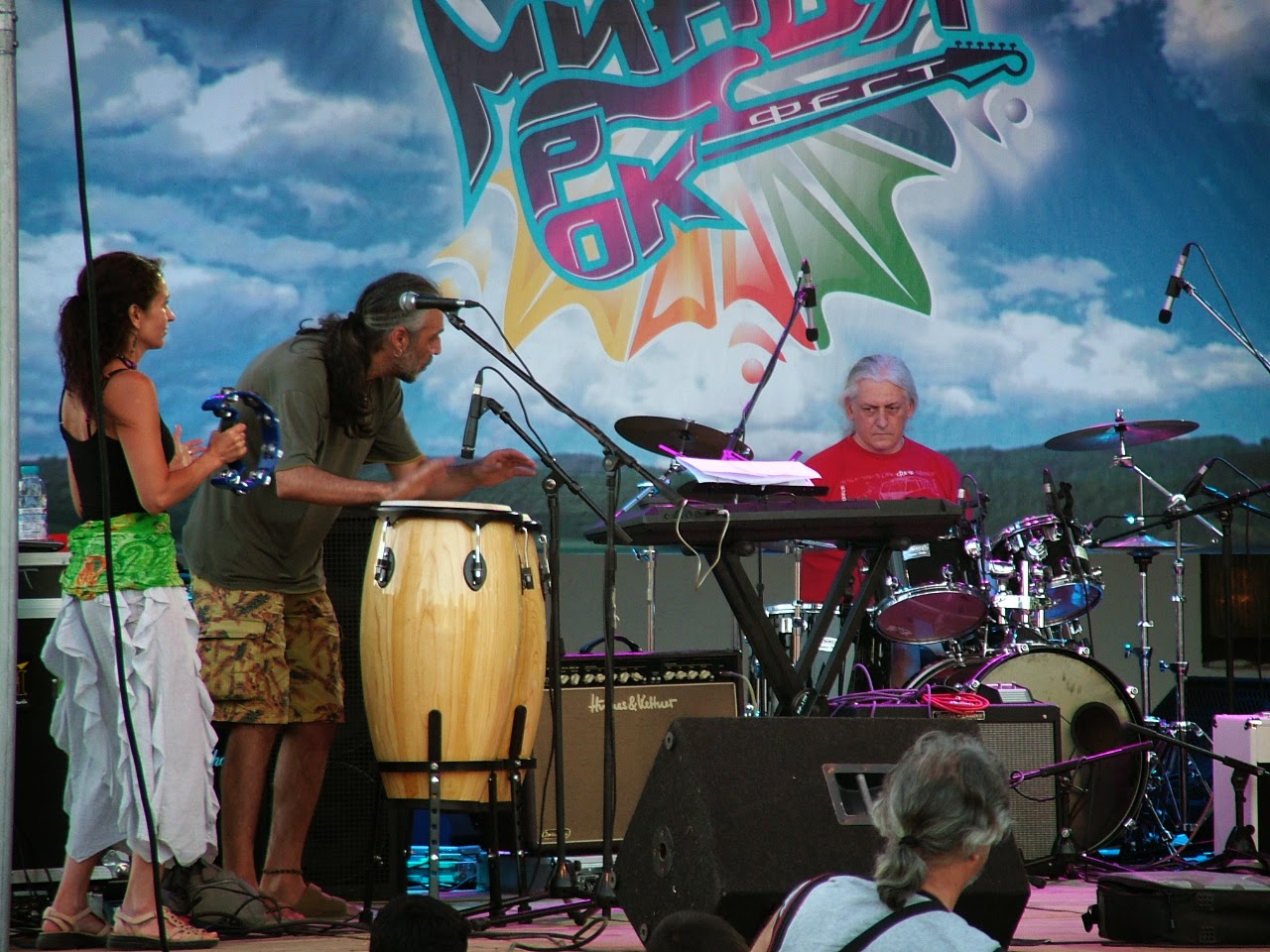 As if by magic everyone seemed to find each other, and once the drinks were sorted out it wasn't long to wait until the first group took to the stage. Fortunately the sun had just dipped down behind some trees, and the village Kmetsvo otherwise we would have spent the first quarter of an hour squinting into bright sunlight. One thing that soon became apparent to us was that the sound engineers were not as good as previous years. The beat from the bass drum could be felt thudding into your chest. I did a quick check and there was no-one there trying to shock me with defibrillators. It might be OK for Heavy Rock where volume equates good, but maybe not so much for rock and blues. 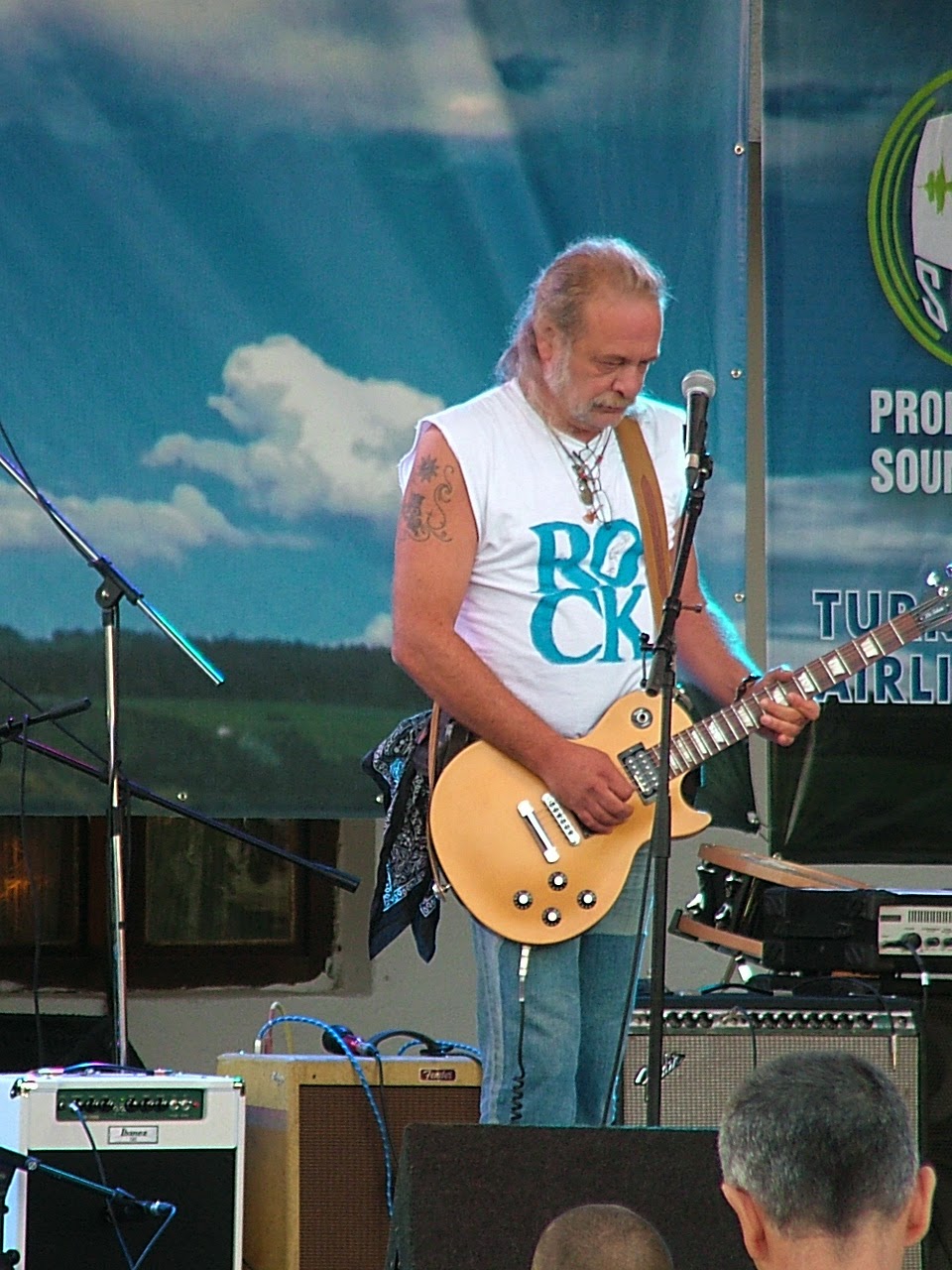 With the Rock Fest now being spread out over three days, it means that the bands get longer sets to perform more of their repertoire. I am guessing that if you only have a short slot on stage then actually selecting which numbers you are going to perform can be quite a daunting task. Also with a longer set they get to demonstrate more of their versatility. One thing that I did notice happening was there seemed to be an over enthusiasm to use the smoke generator. At times it was almost as though the band performing had disappeared into a thick Victorian London fog. Anyone who has see any of the Sherlock Holmes or Jack the Ripper films will get the idea. Fortunately, it didn't seem to affect any of the groups, or at least they weren't coughing and spluttering on stage. Maybe with the breeze blowing it helped to dissipate the smoke, or at least mingle it with the smoke from the sausage and chips areas which seemed to often waft across us. Perhaps that was a sales ploy, but some fat person had polished off more than half a pizza before we had left our village. That would be me then, so it wasn't too surprising that I wasn't actually hungry. 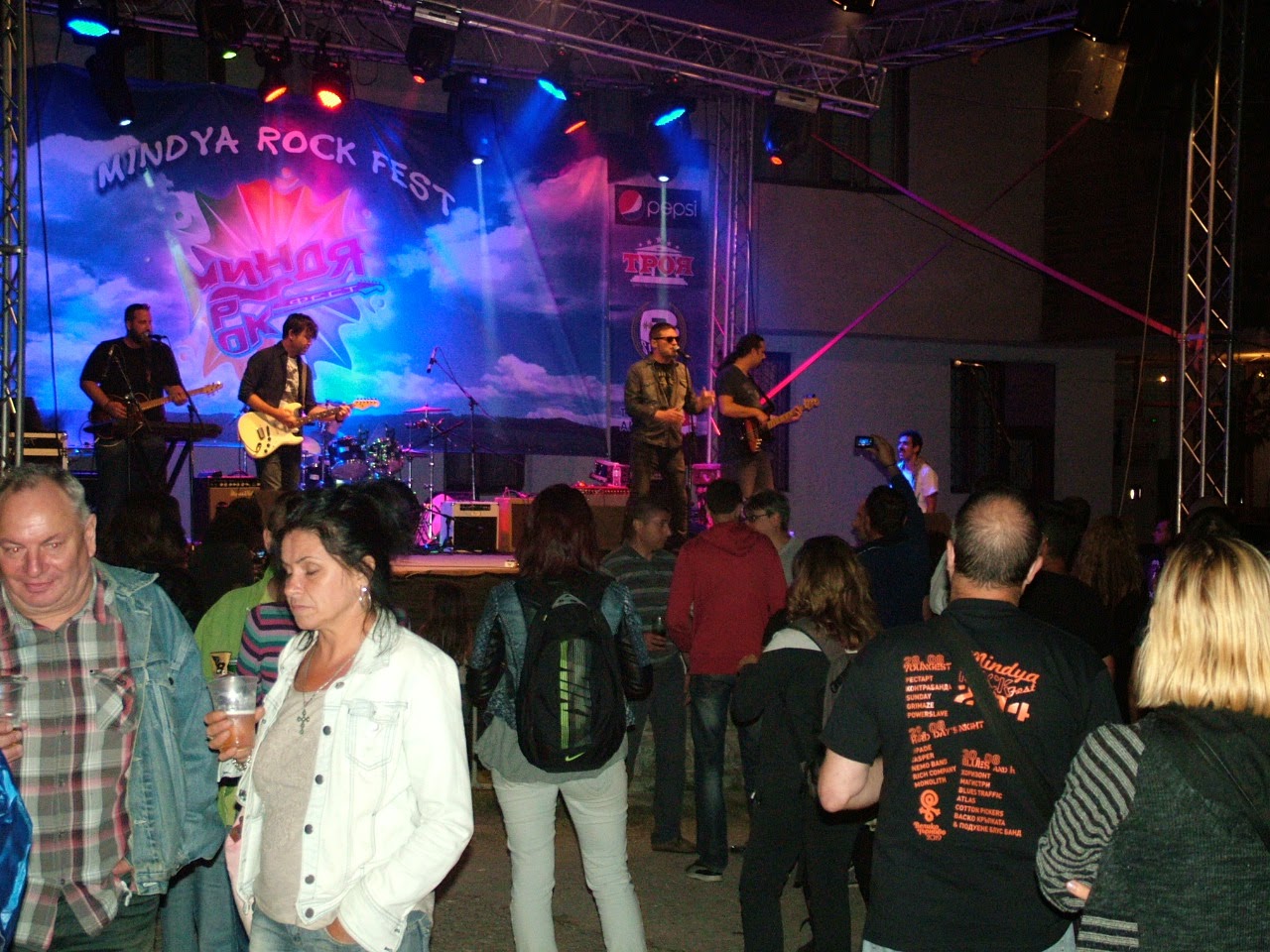 With the lack of the familiar favourite bands, it did give the chance to hear other groups. Some of these were from abroad. I was quite impressed with Atlas, who came from Turkey, and not forgetting The Cotton Pickers who were from Serbia. The roadie with Atlas looked like a much thinned down version of Freddie Mercury. Even in his heyday I don't think that Freddie ever wore such bizarre trousers though, they looked like a black elasticated nappy, a full one!!! At least his scampering about the stage didn't seem to put any of the band off, but once you notice something like that you can't drag your eyes away. He didn't even sing, so maybe his resemblance to Freddie didn't go much further than his moustache. 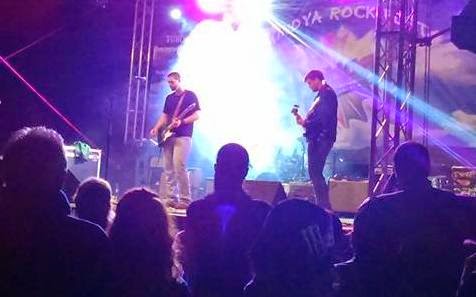 As the night wore on the temperature was dropping, but the mosquitoes were out in force. Possibly they had gone into a bit of a feeding frenzy with such a target rich environment. Having faced this problem before we had taken lightweight jackets with us, and looking around many others had also done the same. Over the years the crowd numbers have increased, and for the first time instead of the token Police presence I actually noticed proper security. Even when we left the Police hadn't set up their usual on the spot breathalyzer checkpoint going out of the village. 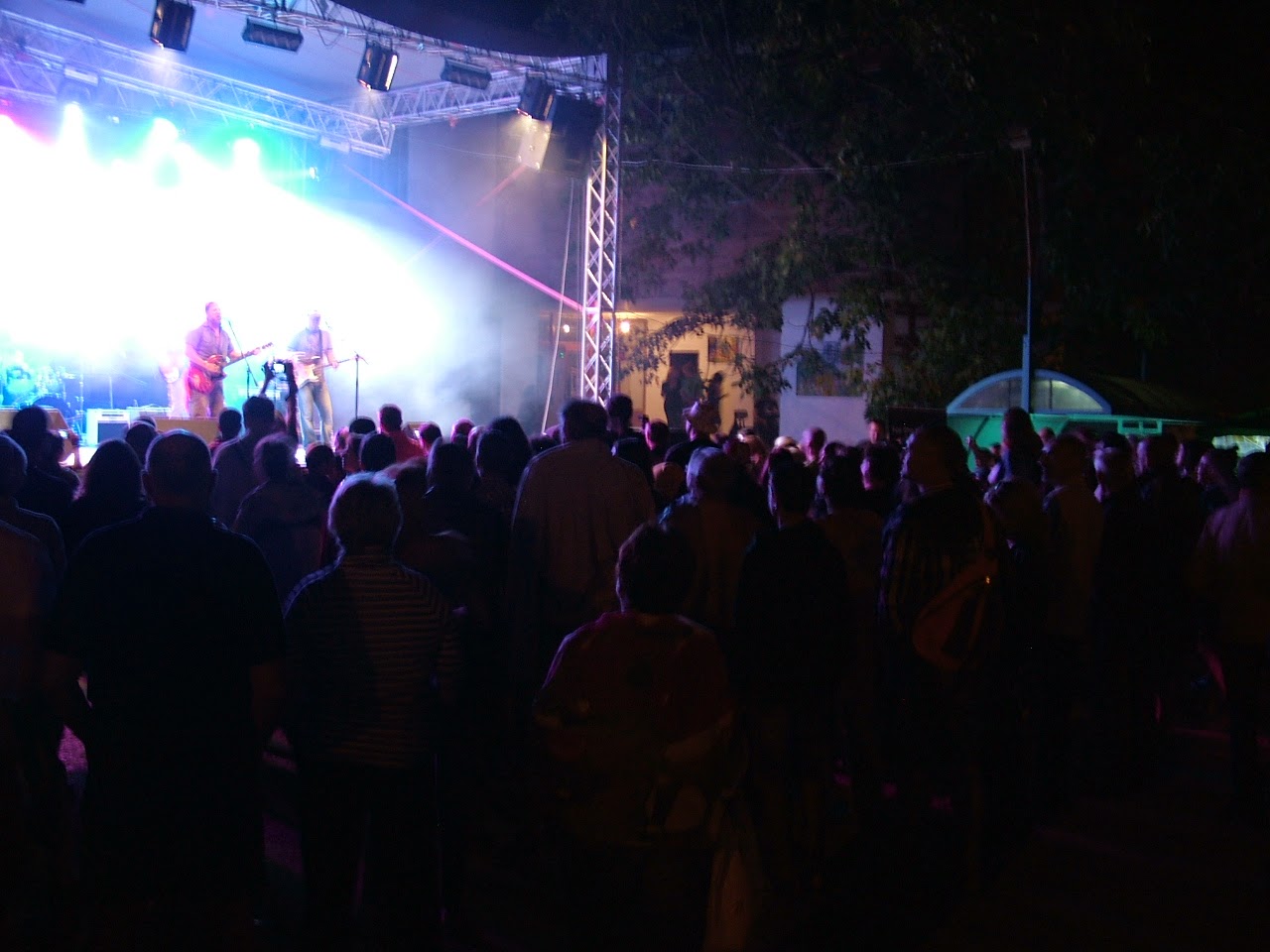 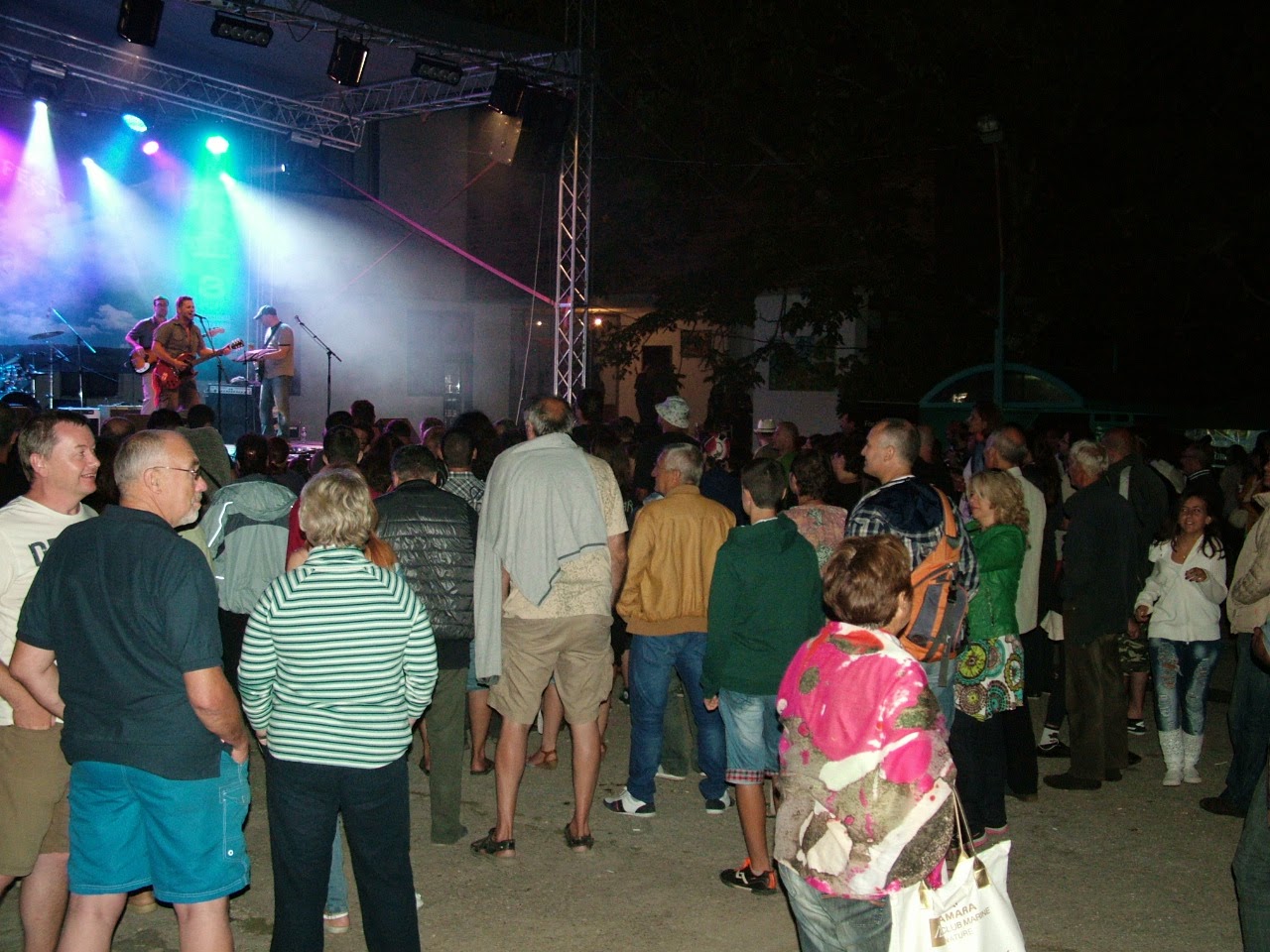 As previously mentioned the crowd size has been steadily increasing with each passing Rock Fest. So hopefully that means that the word is spreading further and further afield, and that the Mindya Rock Fest will continue to go from strength to strength. It must be the envy of many villages having something as worthwhile as this happening so successfully each year, and with the influx of people into the village the shops and bars ought to be doing quite well too. 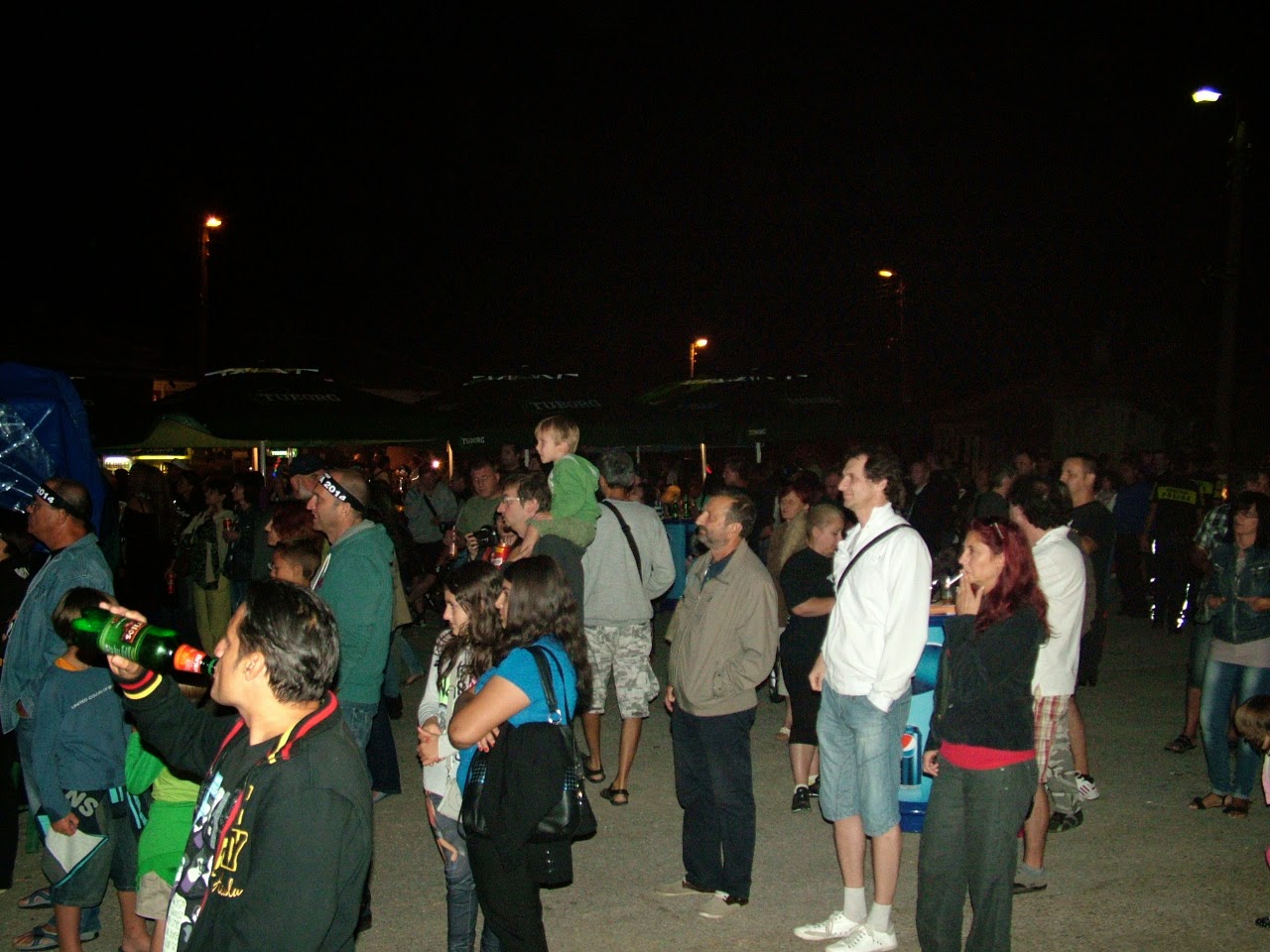 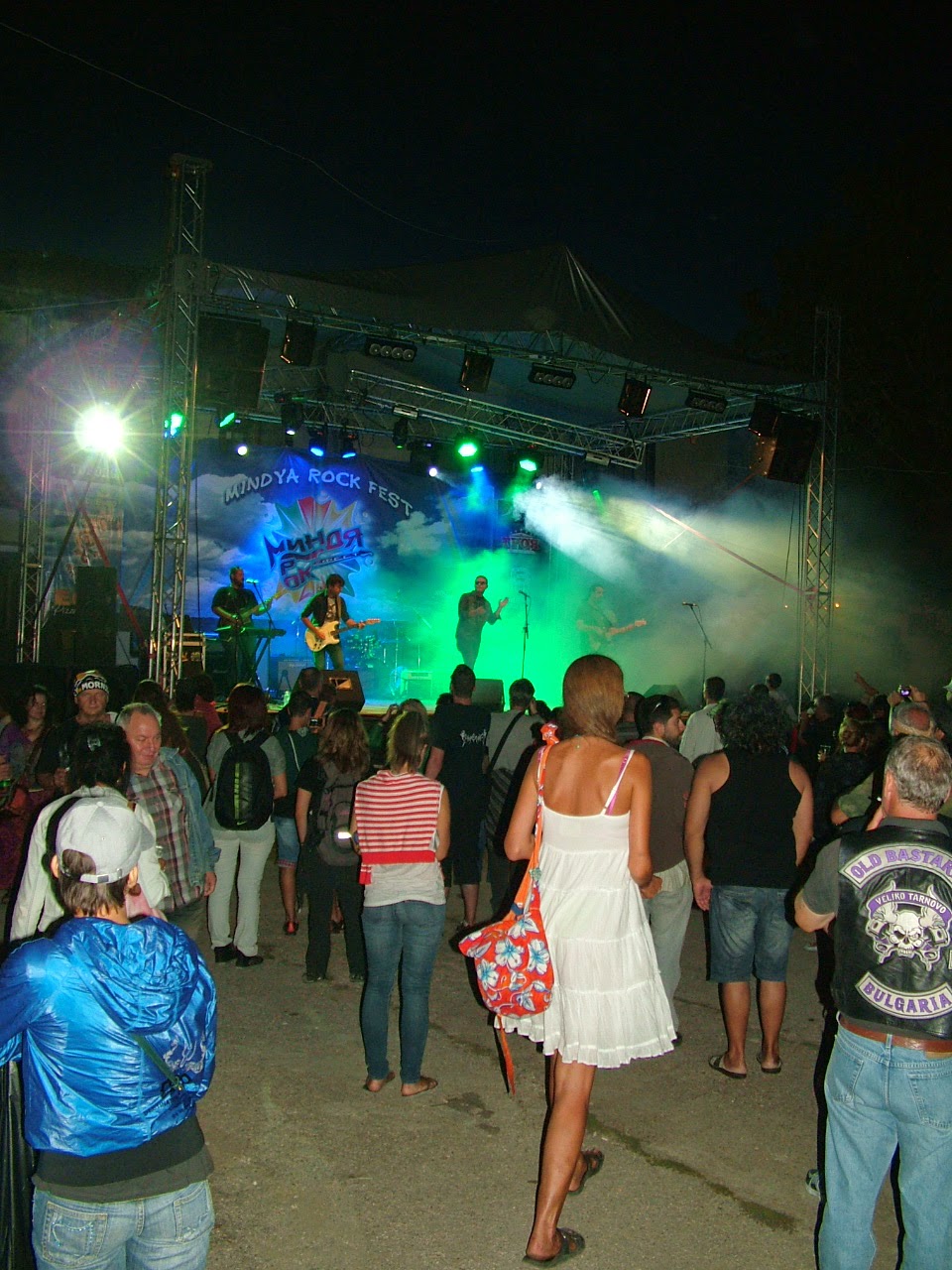 One important thing to take note of, is that in all of the times we have been there we have never seen any trouble. It must take an awful lot of organising and dedication from all concerned to put something like this on, and everything has to be thought of beforehand. Happily people have gone there for one purpose, and one purpose only, and that is to enjoy themselves. A quick look at the crowd last night and I saw every age group represented, from toddlers right up to the elderly. I have to admit that there were even people older than myself who were there. So if ever you find yourself in this area, at this time of year, you could do a lot worse than check out the Rock Fest at Mindya. I'm already looking forward to next year.