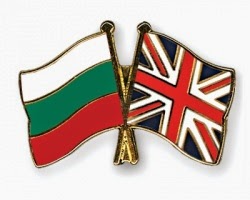 The other day there was a report on the national news saying that foreign tourists, mainly on the Black Sea coast, were being targeted by scammers. These dishonest people are loitering near to sign boards posting the exchange rates, and claiming to offer better rates. The unsuspecting tourists might think that they are getting a bargain, but the notes that they are getting are pretty useless to them. Although they are Bulgarian banknotes, they are discontinued Bulgarian banknotes. It got me thinking about when we first came across, neither of us knew what a Bulgarian banknote looked like, so we might easily have become victims. So I thought I would let people know what to look out for, and I was quite surprised at what I actually managed to find out, so I thought that I would share it with you all. 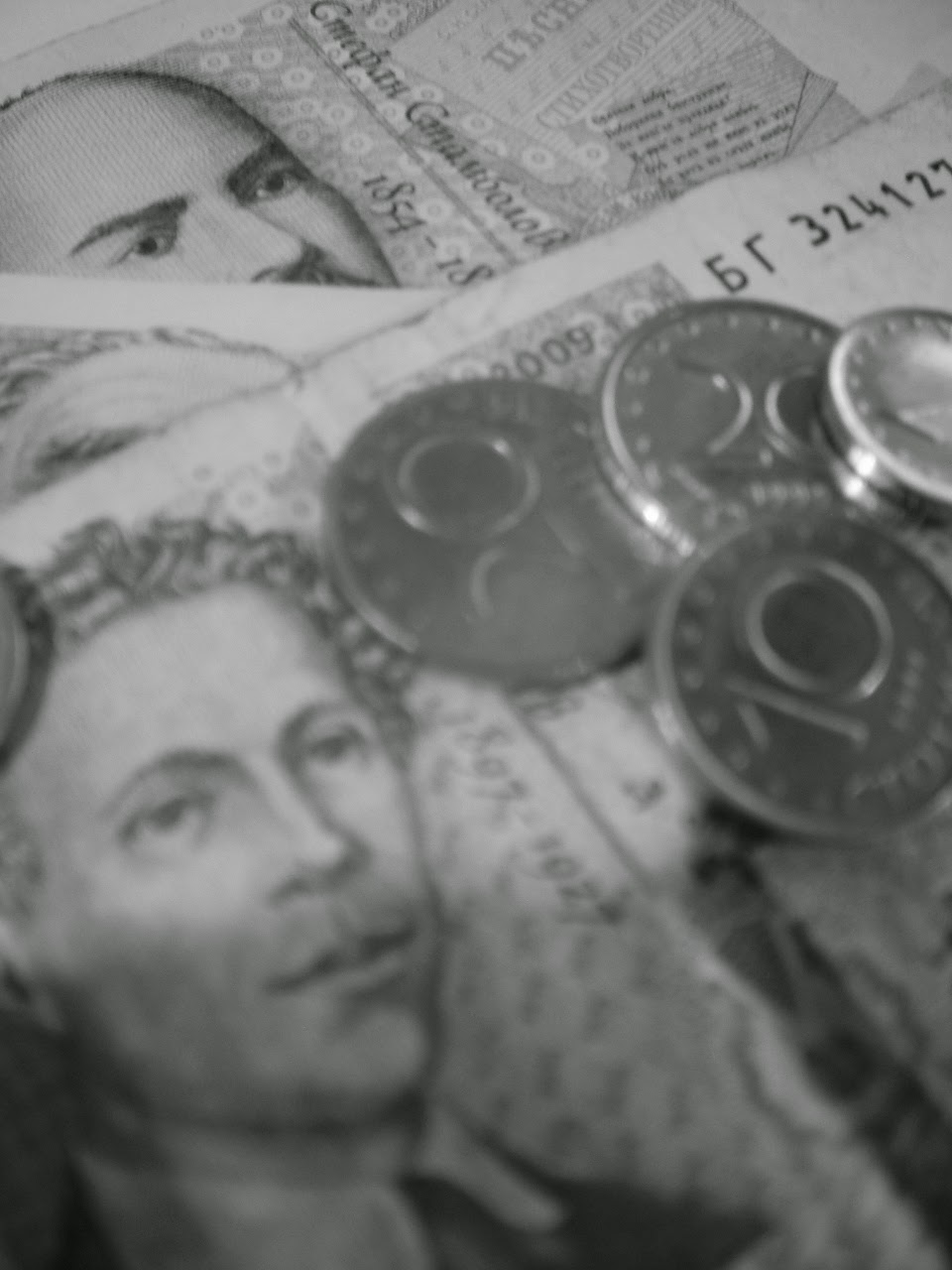 The currency of Bulgaria is the Lev, and in each Lev there are 100 Stotinki. So it is a decimal type currency. Even with Bulgaria being part of the European Union for the time being they have not decided to take up the Euro, but the Lev for financial purposes is tied to the Euro at a rate of 1 Euro = 1.95583 Leva. Prior to 1999 inflation was spiralling out of control. To combat this, the Bulgarian Council of Ministers and the National Assembly put plans for the re-denomination of the Lev into action.In July of 1999 new coins and bank notes were issued by the Bulgarian National Bank. The rate of exchange was that for each 1000 old Bulgarian Leva, the individual would receive 1 new Bulgarian Lev. Up until the end of 1999 shops and businesses had to operate with both the new and the old currency notes. After that time the individuals could exchange their old notes for new in banks only. So perhaps it is these old style notes which are being used to dupe the unsuspecting tourists.

So now people should only see, and accept, the new style notes. This first note is the 1 Lev note, and features St Ivan Rilski (876-946). Christianity really came to Bulgaria in 864AD, and Ivan was one of the main preachers of Christianity in medieval Bulgaria. Shortly after his death he was made a Saint, and his earthly remains are housed within the famous Rila monastery. The monastery itself is featured on the reverse of the banknote. For those who are visually impaired if you look on the front of the note in the lower right hand corner there is a triangle on top of a square. The paper itself has a slightly orange tone to it, and the watermark is a rampant Lion. These notes are still legal tender, but in the time that we have been here I have yet to see one, as in 2002 this note was superseded by the 1 Lev coin.

The most common low value bank note which you will see is the 2 Leva note. As with most bank notes they increase in size, with the increase of face value. The years of issue for this note are 1999 and 2005. The front of the note depicts Paisiy Hilendarski (1722-1773), he is widely regarded as the man who set the National Revival idea rolling. He also wrote the "Historiae Sclavo-Bulgaricus", and an excerpt from this can also be found on the reverse of the note, along with heraldic shields and seals of Bulgarian Tsars. The overall design is violet and pink on a pale blue toned paper. The visually impaired aid is two rectangles, and the watermark is again the rampant Lion. There is talk that this note will soon be replaced by a coin as well., but for the time being it is nice to see our village's name on this note.

Moving up in value, and size, we next have the 5 Leva bank note. The years of issue for this note were 1999 and 2009. The famous Bulgarian shown on this note is Ivan Milev (1897-1927). He was a painter and a stage designer, and often sought inspiration from village life and folklore. Fragments from some of his works are depicted on both the front and reverse of the bank note. On the front there is "Art and the Crown of Thorns", while on the reverse you will find excerpts from "A Woman Harvesting", "The Bulgarian Madonna" and "Wedding of the Dragon". The colour is mainly a burgundy red on a slightly pink toned paper. You will note that the aid for those with difficulty seeing is two triangles, this time the watermark is an outline of the portrait as shown on the note itself.

The next denomination note is the 10 Leva note. The years of issue for this particular note were 1999 and 2008. The gentleman shown is Dr Peter Beron (1799-1871), apart from being a scientist he was also an advocate of Bulgarian learning and education. To the right of him you will notice a Rhinoceros, a globe and a whale, these are copies of plates from the Riben Bukvar, also known as the Fish Primer which dealt with advanced education. On the reverse you will see various sketches, an astrolabe and Dr Beron's own telescope. You will notice that the main colour used is an olive green and the paper has a beige tone to it. The visual aid for this note is a square above a circle, and once again the watermark is based on the portrait shown.

Moving up in value we arrive at the 20 Leva note. It is claimed that this is the note which counterfeiters most often try to copy. Watch out for the years of issue dates they should be either 1999 or 2007. There was also a special commemorative 20 Leva note issued in 2005 which looks very different. The famous Bulgarian on this note is Stefan Stambolov (1854-1895), he was a poet and also a co-founder of the Unity Committee in Tarnovo. As a statesman in various roles he greatly influenced the modernisation of the nation. On the front of the note, to the right there is the Unity seal and also the cover of anthology of poetic works "Songs and Poems". You will also see a copy of his poem "To My Comrades". On the reverse you will see fragments of Sofia's Eagle and Lion bridges as well as part of the National Assembly building. There is also a winged wheel with lightning bolts, I couldn't find out the significance of this so I am hoping that one of our Bulgarian readers might be able to shed some light on this. The main colour of this banknote is blue, and the paper itself has a slight violet tone. The visually impaired aid is two circles this time, and the watermark is a depiction of the shown portrait.

If you do see one of the commemorative 20 Leva notes it should look something like this. It does have some added security features, such as the small window which will show a series of the figure 20 when held over white paper. Note that even this commemorative note still has the two circles to help the visually impaired.

Still increasing in denomination we find the 50 Leva note. You will find that some village shops do not like accepting these. The issuing years are 1999 and 2006. The character shown this time is Pencho Slaveykov (1866-1912). He was a poet, a translator, a columnist and a literary critic, which is why you will see parts of the National Theatre and the National Library in the background. On the reverse are two of his best known poems "A Song Of Blood"  and "Epic Songs". You will also see a female figure, this is meant to be a fellow poet, and his great love, Mara Belcheva. The visual aid comes in the form of two triangles, with their points facing each other, the watermark is once again a representation of the portrait. The overall colour of the note is brown, and the paper has a pale grayish- green hue to it.

Finally we arrive at the 100 Leva banknote, which was only issued in 2003. Once upon a time these were mainly used in business transactions, and still today many shop keepers view them with suspicion. The famous Bulgarian depicted is Aleko Konstantinov (1863-1897). He was a writer , and his most famous character was Bay Ganyo, a popular figure in Bulgarian literature. On the front of the note you will see various symbols of the Bulgarian Mountain Trekking movement, along with a depiction of Konstantinov's travel notes "A Journey To Chicago And Back". On the reverse there are various aspects from his life and works. The overall colour is green, and even the paper has a pale green hue to it. The visual aid is now an inverted triangle above a rectangle, and the watermark as you might have guessed is a depiction of the portrait shown.

I hope that the information will prove useful to people, even if it is only to find out what the current bank notes should look like. There are other security aspects linked with these notes, but I didn't think people would be too interested about the cotton threads in the paper. Although I did consider putting in about the holograms changing depending on how the notes are held. The majority of this information has come from the Bulgarian National Bank.

The observant will have noted that the blog figures have passed through the 55,000 mark. That was the 2nd target which has been surpassed this year, so a very big thank you from me. Without you reading these blogs it wouldn't be half as enjoyable writing them, and ferreting out information. Since the start of the year the blog seems to be reaching a wider audience, and that can only be due to all of you, especially those who share these articles with friends and family. So once again a heartfelt thank you from me, and let's see what the figures do by the ed of the year. Now all that I have to do is try and post this as the internet is playing up due to the weather.
Posted by Unknown at 16:45