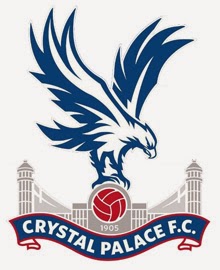 Hopefully everyone has noticed that January 2014 is now a thing of the past, and that we are now into February. As any football fan will tell you, January is also when the winter transfer market is open. Possibly like many others I have been scouring various boards trying to gain information about those all important signings. More often than not it was rumour upon rumour, or just suggestions. Yesterday is possibly the worst day of the lot as there is always a glut of activity. Fingernails can get bitten down to the quick as an impending transfer almost happens and then for one reason or another it fails to actually materialise. Now I could have spent yesterday going round and round the various websites, refreshing every few minutes, or I could actually do something vaguely useful. The cats and dogs persuaded me that the latter would be an ideal course of action, mainly because they didn't want to run out of their food. 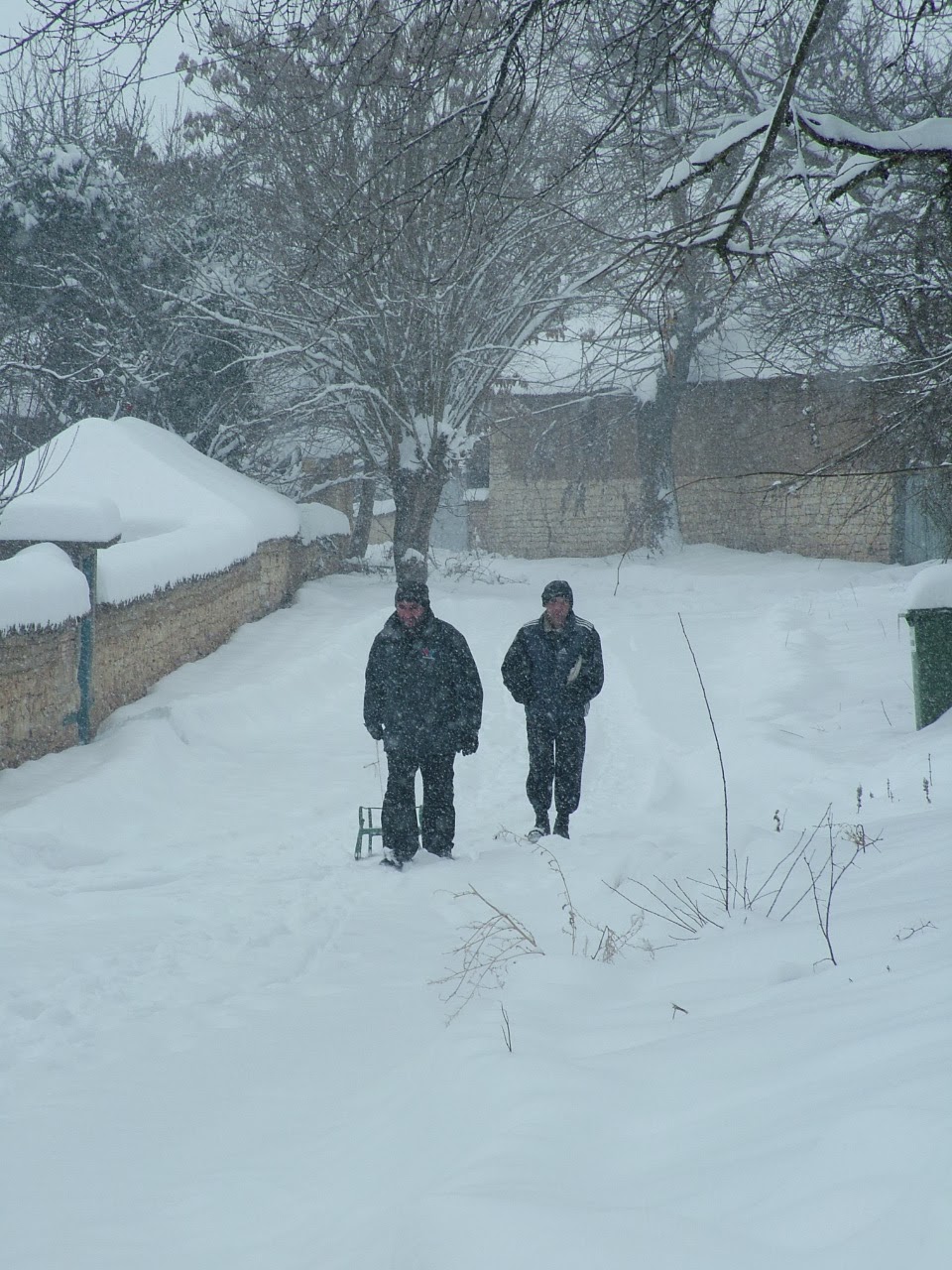 Those of you who live out this way, or even those who follow the blog will be aware that we have had a little bit of snow. The roads in the village have been partially cleaned, which means that the snow has been scraped off of the ice below. Which wouldn't make for ideal driving conditions. It is at times like these that I do what the villagers do, and get the bus into town. Fortunately, on a Wednesday and Friday, there is a lunchtime bus and so that was the one that I aimed for. There were still bits and bobs that needed doing, such as the fires required cleaning and lighting, and also firewood needed to be brought down from the barn. At this point it might be worth mentioning that it was slightly chilly. Even at 10 o'clock the thermometer was reading -11C, so if I was going to venture into town I needed a little bit of time to get myself ready. By the time I had finished I probably had just as many layers as the average onion. Even now I still find a use for various items of military style clothing, thank heavens for Noggie shirts and wool socks. 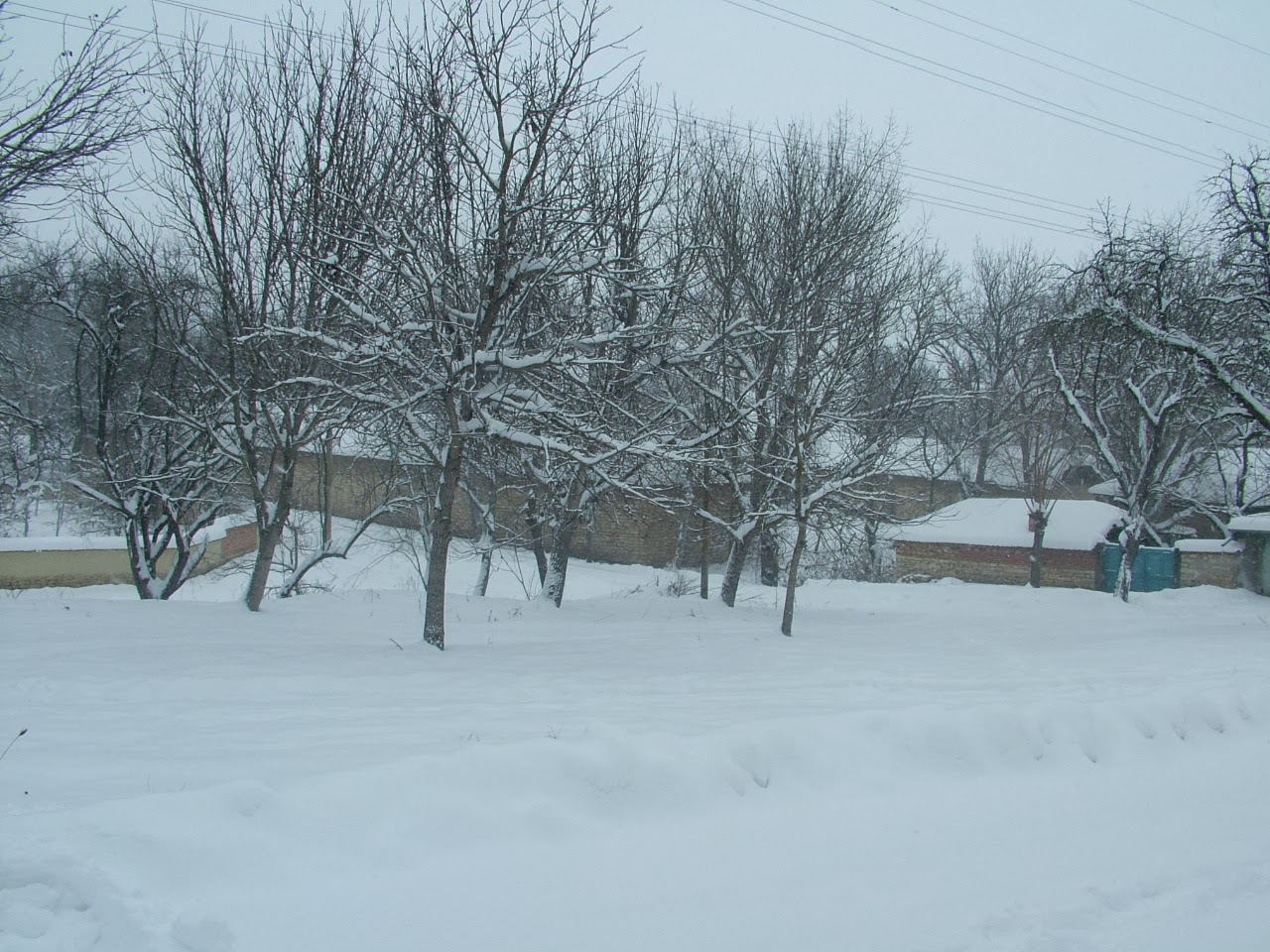 So with a shopping list in my backpack, and looking like the Michelin Man I made my way down to the bus stop in the middle of the village. This is outside what I have always called Bridget Jones's knicker shop. It is a small village shop, possibly a bit like Arkwright's, in that you can get anything you want in there. The only thing is that in the five years we have been here we have never actually seen it open. I have seen Bridget Jones herself wandering up from there, but actually open no chance. Just out of curiosity we have tried looking in the window without much luck, there did seem to be some rubber shoes, some coffee, some big pants and some chocolate but anything else was not easily discernable through the murk. If anyone fancies cleaning windows I know of a few places which could benefit from your services. 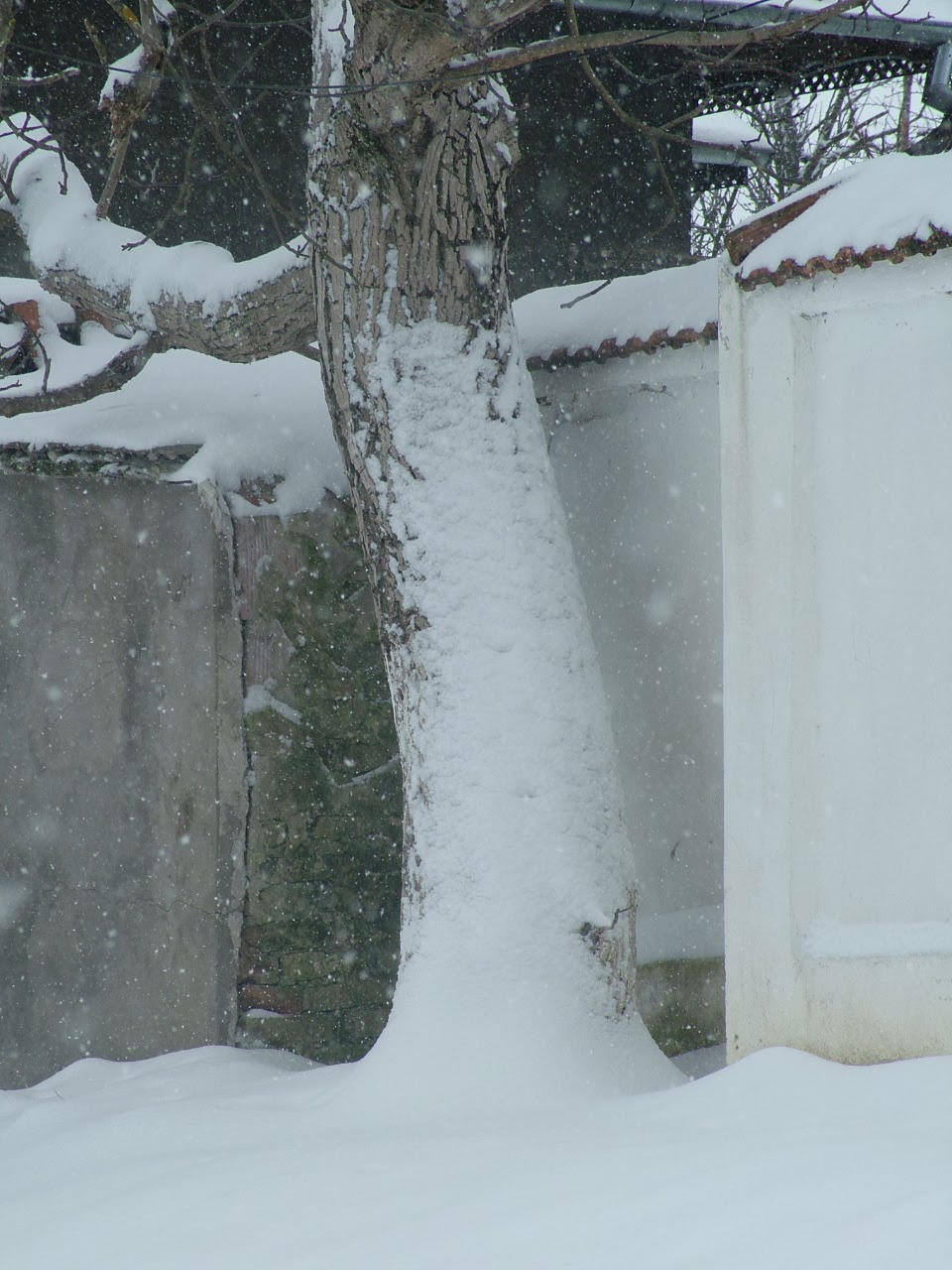 I saw the bus go past on its way to Vinograd so at least I knew that it was running. It did mean that I would have about 15 minutes to wait until it returned. Whilst waiting there on my own it was obvious where everyone else was hiding, the smoke coming from chimneys was a bit of a giveaway. There was also a brief flurry of snow, but I think even that decided that it was a bit too chilly for anything more than a half hearted attempt. The bus returned clattering round the corner, and slidng to a stop so that I could get on. I wasn't the only one from the village venturing into town, although I was the only daft sod stood outside in the cold waiting. One of my fellow travellers was none other than Bridget Jones herself. I don't think that she recognised me, although to see through those glasses she must have good eyesight, she is as deaf as a post too. It could have simply been the heat from the bus caused her glasses to steam up. This bus was so hot inside I wouldn't be at all surprised to learn that the driver was cultivating Orchids on the luggage racks. One downside to wearing multiple layers of clothing on a bus is trying to get comfortable as you travel in a mobile furnace. It took me until we got to Strelets.

To my mind the roads were a bit iffy to drive on, and a few times I felt the back end of the bus drift round a corner. It didn't seem to worry the driver, or the other passengers, maybe the best thing would be to close my eyes and hope. Perhaps that is what everyone else was doing, including the driver. He did stop the bus half way down the ridge road, and got out for a walk round the bus. Maybe the driver just wanted to make sure that all of the wheels were still there, or the roadside vegetation needed watering. I had hoped that by the time we got to the main road that the road conditions would be better. I found that they only began to improve on the far side of Draganovo, and even then they weren't brilliant. The roads didn't really get a lot better until Dolna Oriahovitsa, but by then we were almost in Gorna Oriahovitsa. That meant sorting myslf back out and closing up the various layers. 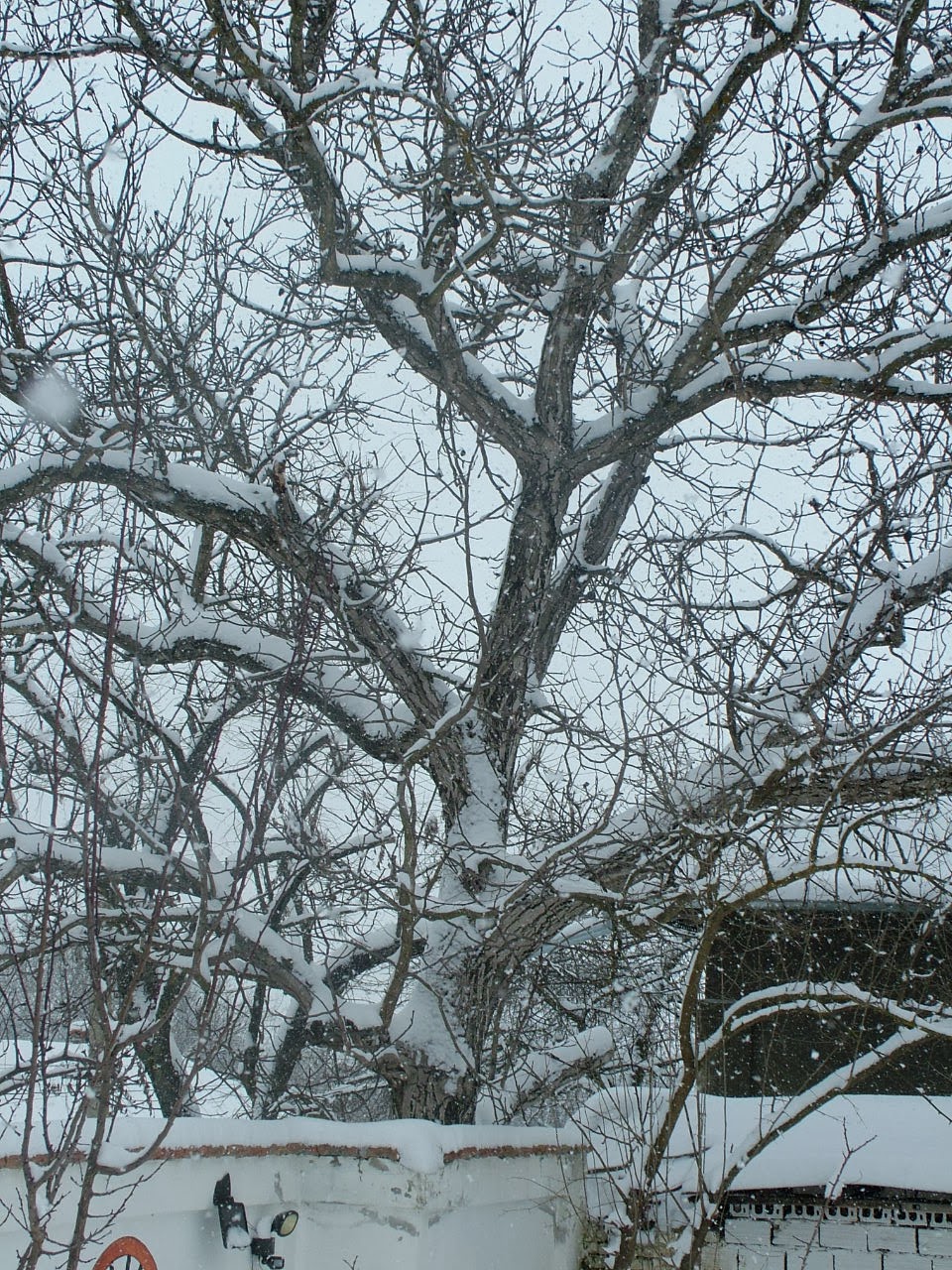 Gorna itself was a balmy -9C, the roads might have been clear but most of the pavements weren't. In certain places they have used marble, especially near the main square. Unfortunately these bits do tend to get a little bit slippery. While in town I though that it would be an ideal opportunity to pay the bills. I knew that the electric bill was ready as I had checked that online. I tried Vivacom first, only to be told that the bill wouldn't be ready until today. So that can now wait until next time I venture into town. It was a similar situation with the water bill, although that will not be available until the 7th. So my idea about paying the bills early didn't really happen. The cats and dogs were happy with my efforts though, as they seemed to be under the impression that my sole reason for going in to town was to get them food. The cats don't seem to mind if I am at home or not, but the dogs do get a bit stressy. Especially Fenric, the Boxer, he has a habit of pacing and puffing and blowing until I get back. At least they were all indoors in the warm. 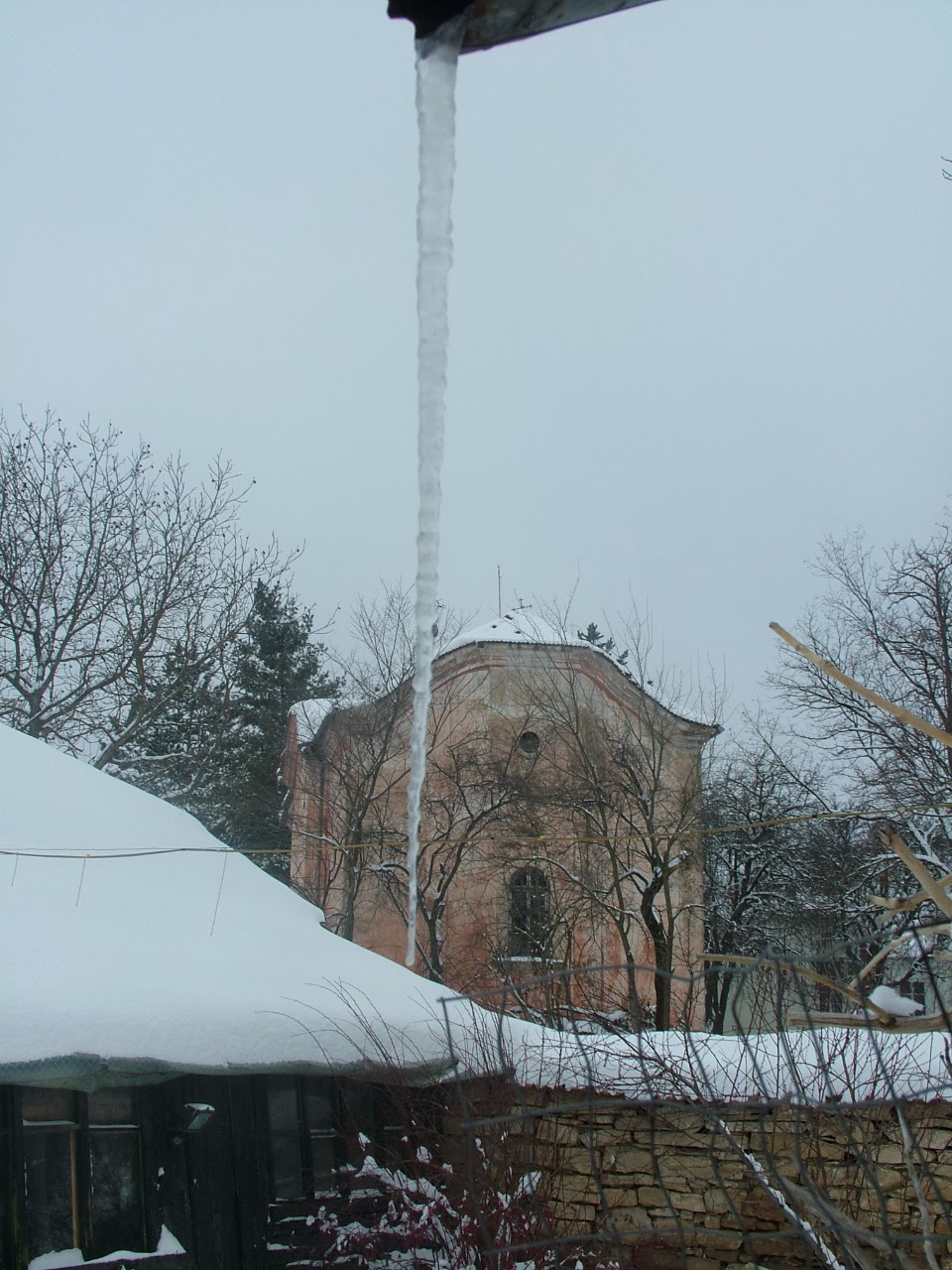 The journey home was the complete opposite, this bus was like a fridge on wheels. Not only that it must have been the lurgie bus with the number of people coughing, sneezing and spluttering on there. No wonder this flu epidemic is spreading. I probably resembled a bandit, or highwayman, with my hat pulled down and my scarf up over my nose. Even my jacket collar was fully turned up. As to whether I have escaped the lurgie or not remains to be seen, but I can only hope. Today has been quite mild in comparison as we made it to the dizzy heights of -3C today. I am hoping that once the freeze and thaw starts properly that the Icicle of Doom will grow to a reasonable size. Which brings me back to the transfer market, and we were fairly active on the final day. At the moment it doesn't seem as though we have panic bought a lemon, as we normally manage to do. Looking at the weather forecast, depending on which site I use, we might get a little more snow yet, or we might not. The good news is that the day time temperatures will slowly claw their way above freezing. Possibly a bit too soon to start considering shorts and t-shirts, but you never know. Hopefully the roads will soon be ok for normal traffic.
Posted by Unknown at 17:46