It's Not The New Ice Age Is It 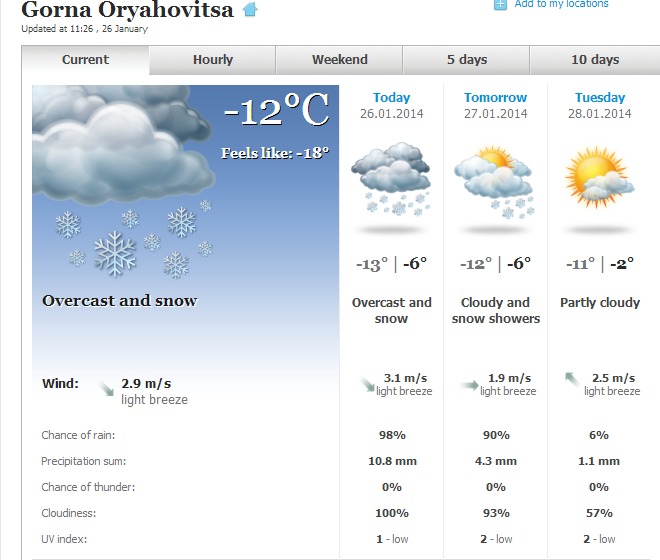 As the weather forecasters promised winter has returned these last couple of days. They did get the depth of snow wrong, well so far they have. Some of them were saying that we were due to get a couple of feet worth of snow, and so far we haven't even got anywhere close to that level. The snow is continuing to fall, but I am guessing that these weather forecasters might also exaggerate when they go fishing. They were right about the temperatures dropping though, and as strange as it might seem, it is warmer at night than during the day.There is a bit of a breeze but I don't think that it will cause too much of a drop in temperature. I know that it is cold outside as I have difficulty getting anywhere near the petchka to put more wood on. There is a sheep skin rug in front of it, and I am constantly amazed at just how many dogs and cats can fit on it at the same time. With only 3 dogs and  6 cats I don't think that I need to phone the Guinness Book Of Records just yet. When people say that animals like their creature comforts they are not joking. When I need to feed the fire a head might raise just enough to imply that I am disturbing them and to get a move on. 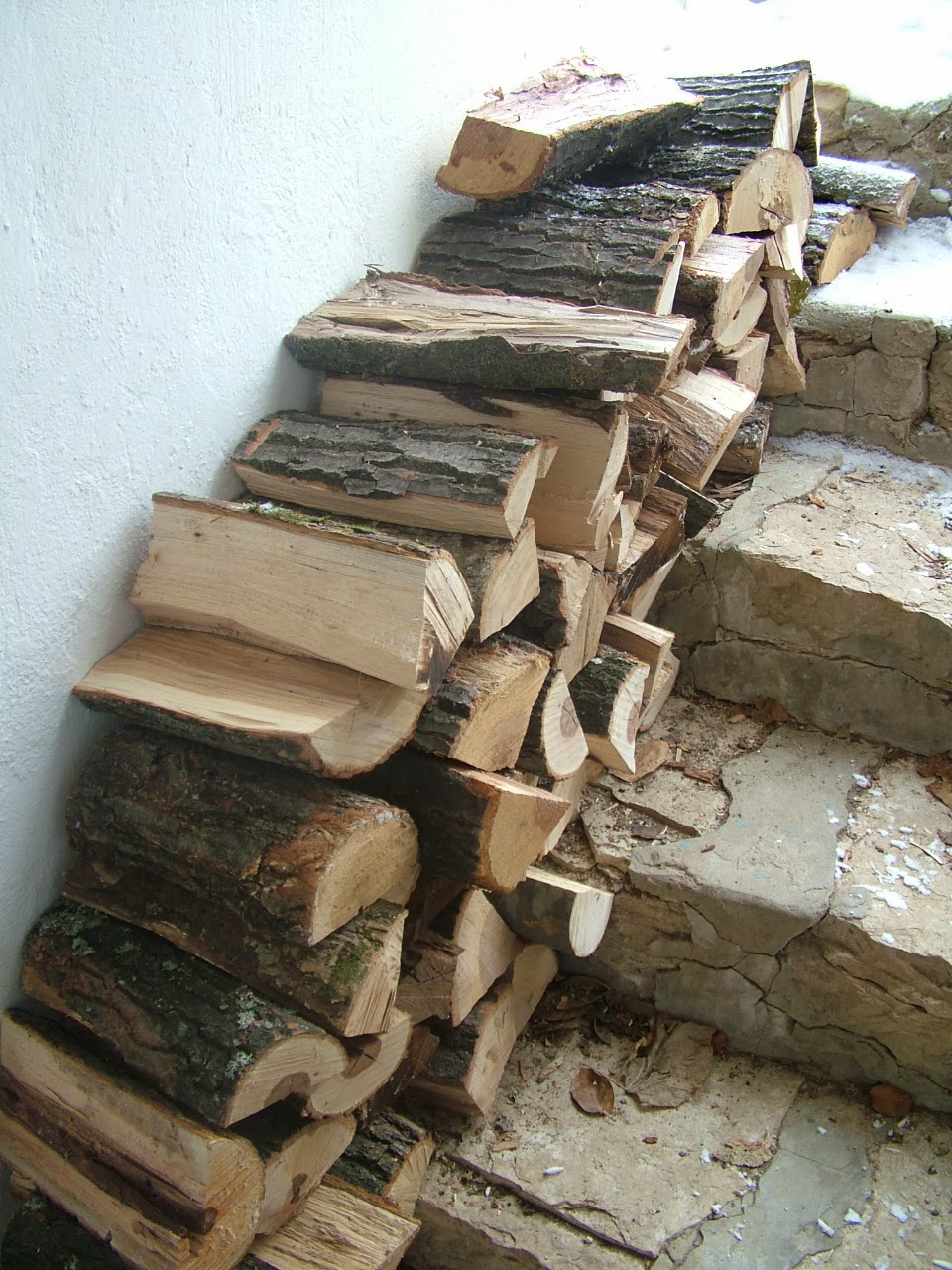 First thing this morning there was the patter of paws informing us that they wanted to go out. So I roused myself from my hibernation, threw on my bath robe and a pair of crocs. On opening the door I was suitably unimpressed at the lack of snow which had fallen overnight, the wind was whistling round my ankles though. This might have had something to do with why the cats and dogs had a rethink, they wanted to go back to bed. I am one of these people who are quite content to stay in bed for as long as possible, but once I am up I'm up. So if I was at the door and the dogs and cats were also there, it seemed quite a sensible idea to sort their breakfast out. Now the dogs get fed up under the barn and the cats get fed in the studio, so the rattle of biscuits and bits will normally cause them to race me. Even though the snow wasn't that deep they were quite happy to follow me. Now bare feet inside crocs might not have been one of my better ideas, as the snow soon found all of those conveniently placed holes. Cold snow on warm toes melts, and cools now wet toes making it feel rather uncomfortable, but with the cats breakfast sorted out the dogs will not be content to wait patiently for theirs. With the animals fed and watered I could then try and sort myself out, I even managed to flick the kettle on for that all important first cup of coffee. 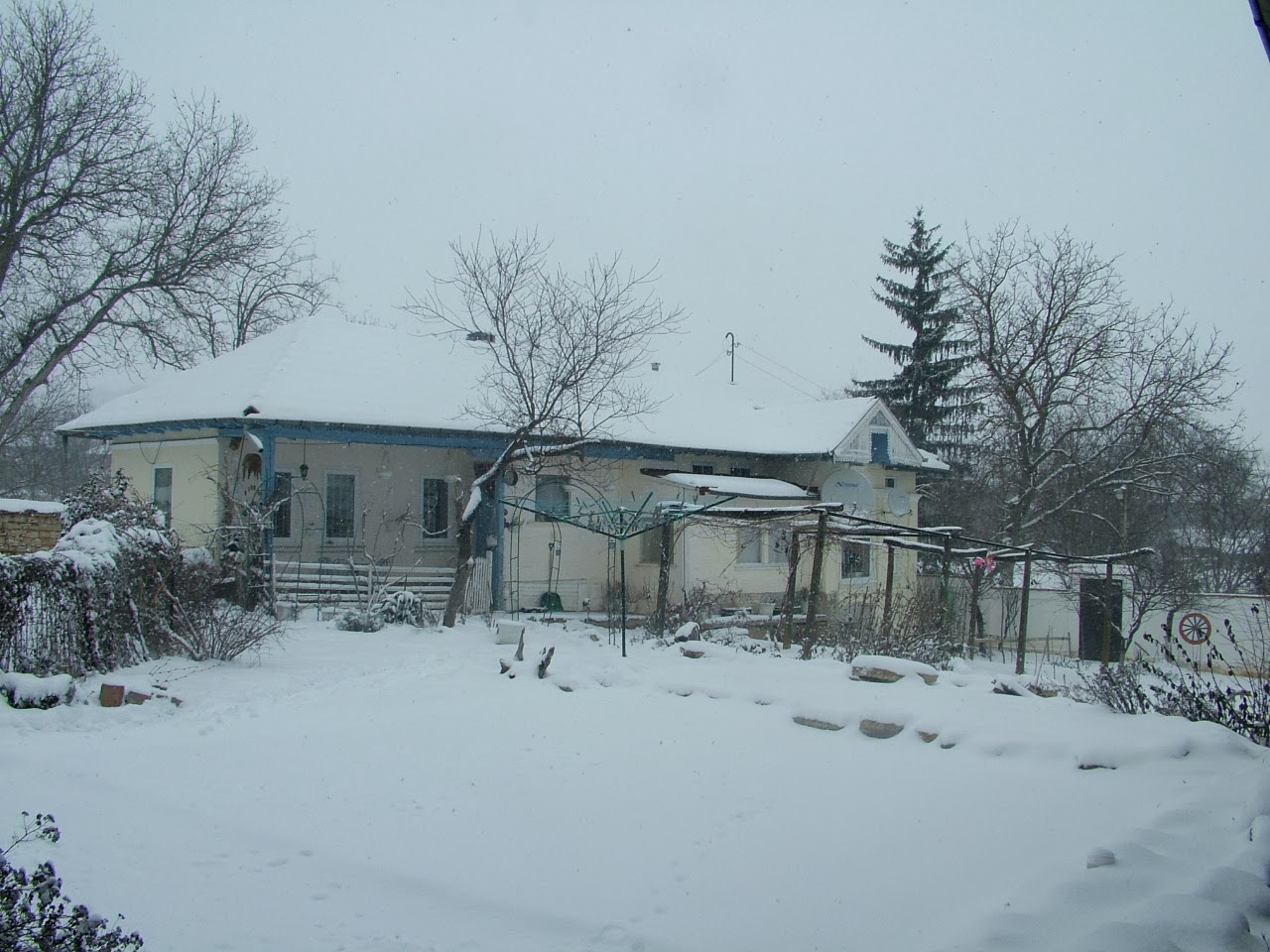 I don't know how others sort themselves out, but in weather like this I do the outside jobs while Net looks after the inside bits and bobs. So with coffee drunk and wrapped up warmly my first task would be bringing wood down from the barn. Well it would have been but Sod's Law dictated that as soon as I opened the cellar door the bladder decided to make itself known. So warm clothing was discarded as I made my way upstairs, the good news was that I could put it all back on as I came back down. Once I was wrapped up like Nanook of the North I headed outside into the weather. Fortunately the snow shovel was close to hand so the first job was digging the snow trenches, having decent footwear on is so much better than a pair of crocs when you are doing something like this. 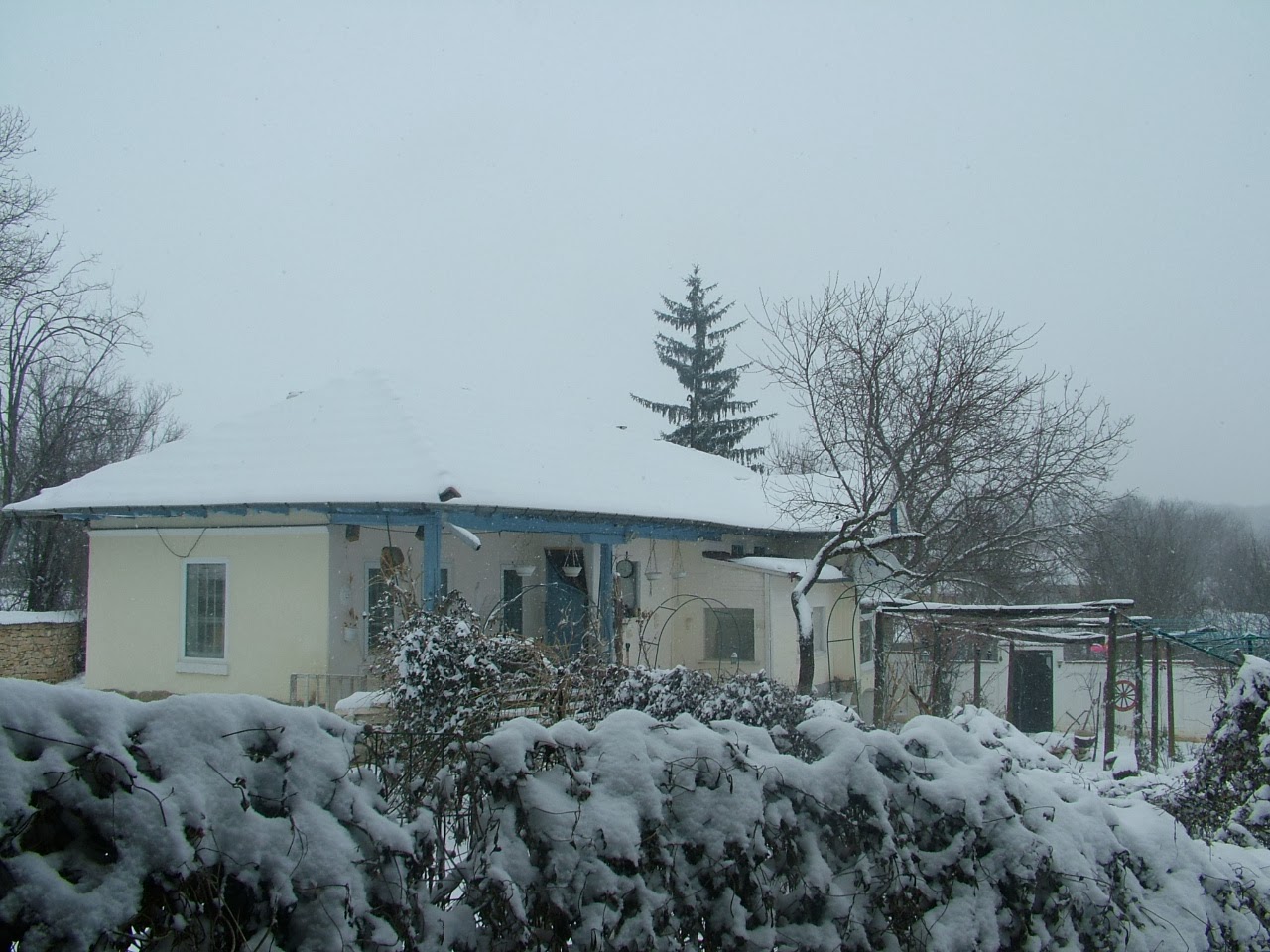 With pathways dug it is so much easier to move the wheel barrow full of logs down from the barn to the cellar steps. As the forecast is predicting a couple of days of this weather I thought it prudent to err on the side of caution and stack two barrow loads there. So with that lot and the nice dry basket full of logs next to the fire we should be warm enough. That is assuming that I can still get close enough to the fire to feed it. As of yet I have not heard the tractors going round ploughing the roads, so there must still be more snow due to drop. I am glad that we have still got our emergency winter reserves to fall back on if we need to. 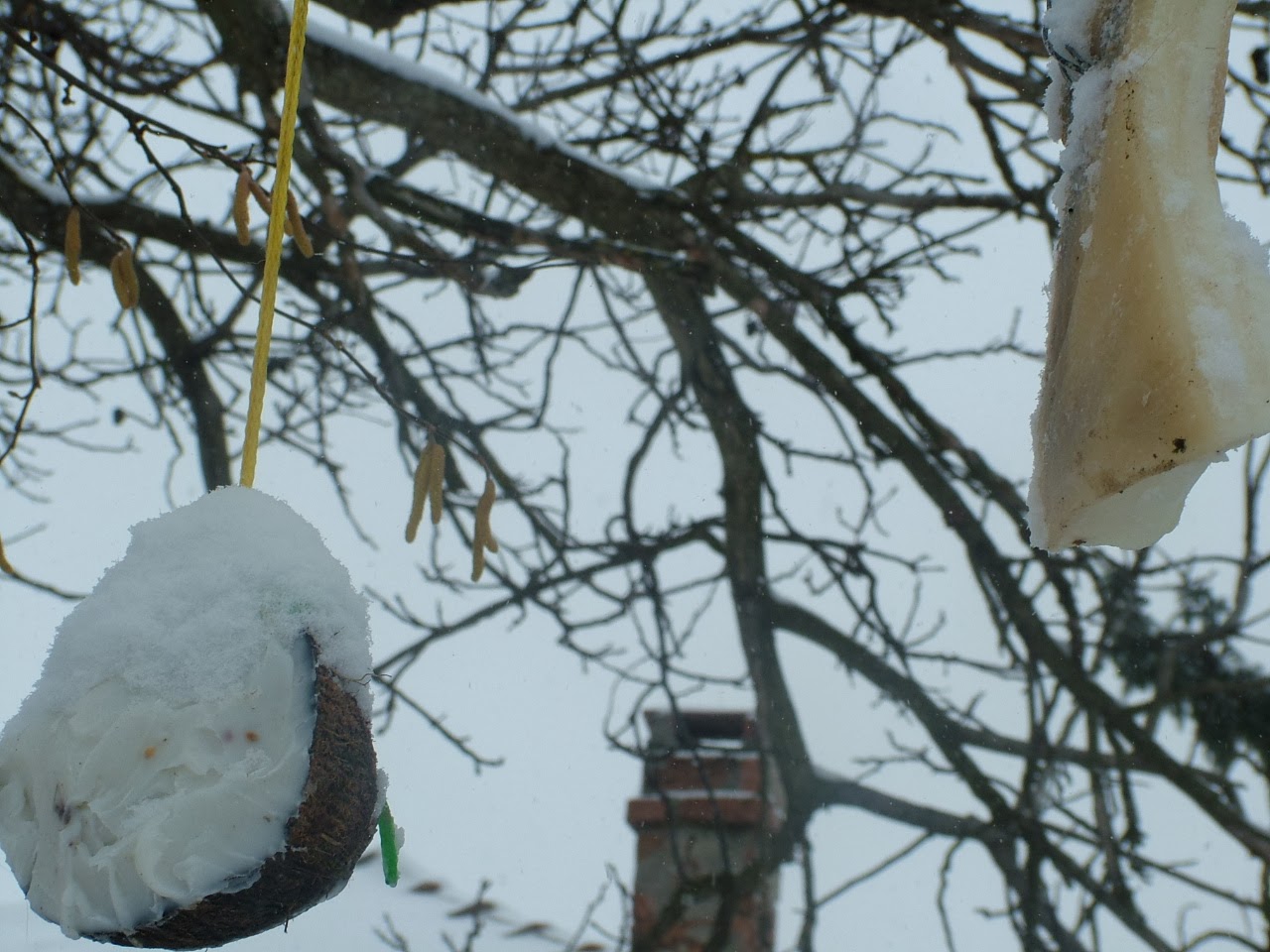 Not only do we look after our own cats and dogs but also the local wildlife. I have hung a strip of pig fat up in one of the trees, and using an old coconut shell i have made my own fat ball feeder using wild bird seed and lard. The main problems that I have had is where to hang them. Not only do I have to make sure that the cats can't get at them, but also they won't get too close to the birds feeding on them. I had originally placed them nearer to the house, but I think the cats were too much in evidence for the birds to be tempted. We also try to keep an eye, and an ear, out for our neighbours especially if they are elderly, on their own or have small children. I have probably said it before but there is a greater sense of community here than I ever encountered in the UK. Everybody seems to look out for everybody else, which helps as it doesn't appear that anyone is going anywhere soon. 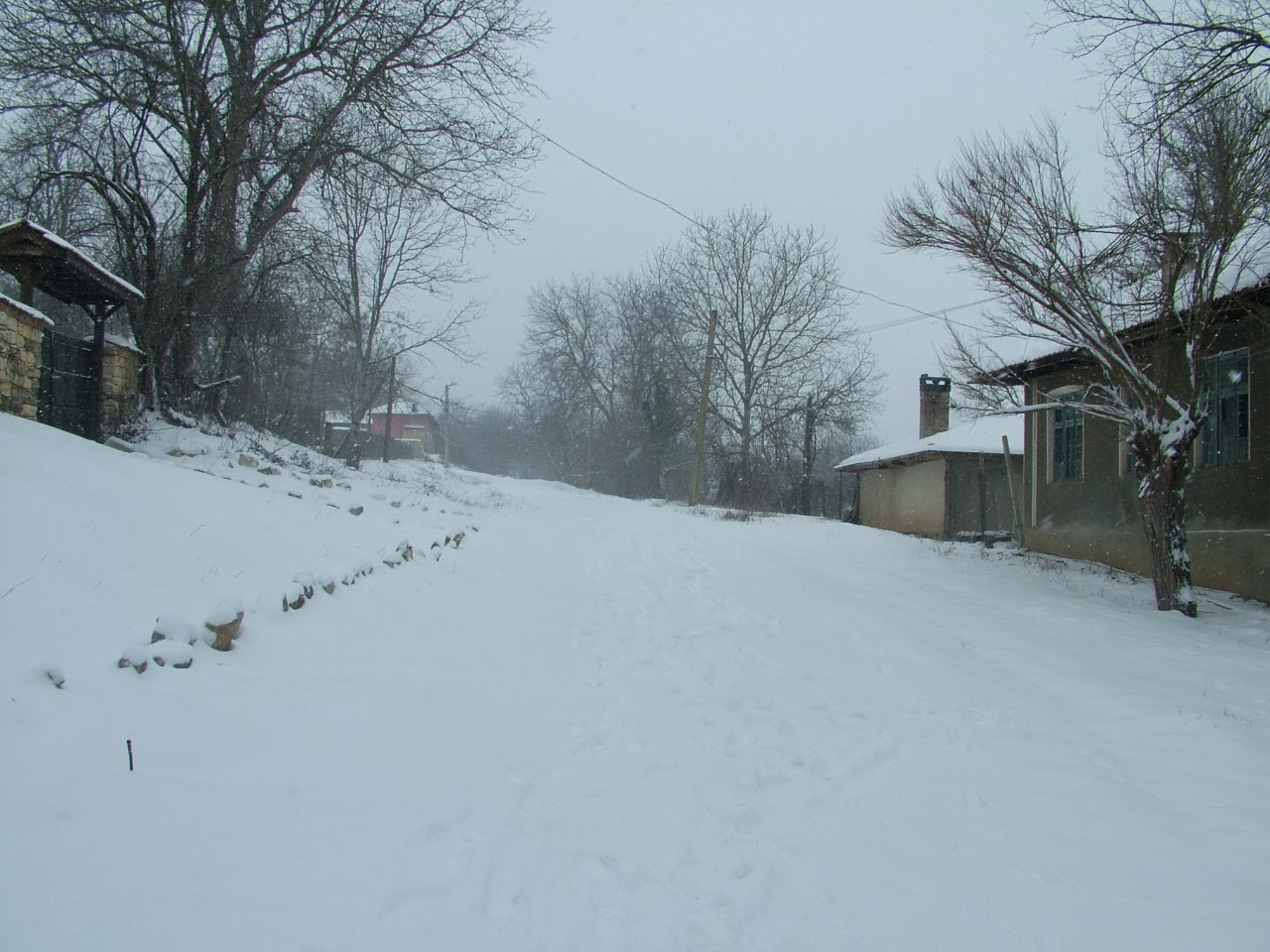 At the moment we have Bulgarian TV playing in the background. I am sure that this helps us with our pronunciation when we come to speak Bulgarian. Trying to learn from books is OK but they don't tell you where to place the emphasis in a word. The only trouble is with this time of year you don't see many people out and about, and by the time that you do there is a tendency to forget what you have learnt. Being stubborn we will keep trying though, and even if we do make a mess of it at least we have made the attempt. We might use the wrong word, but hopefully we will pronounce it properly. Every cloud has a silver lining. 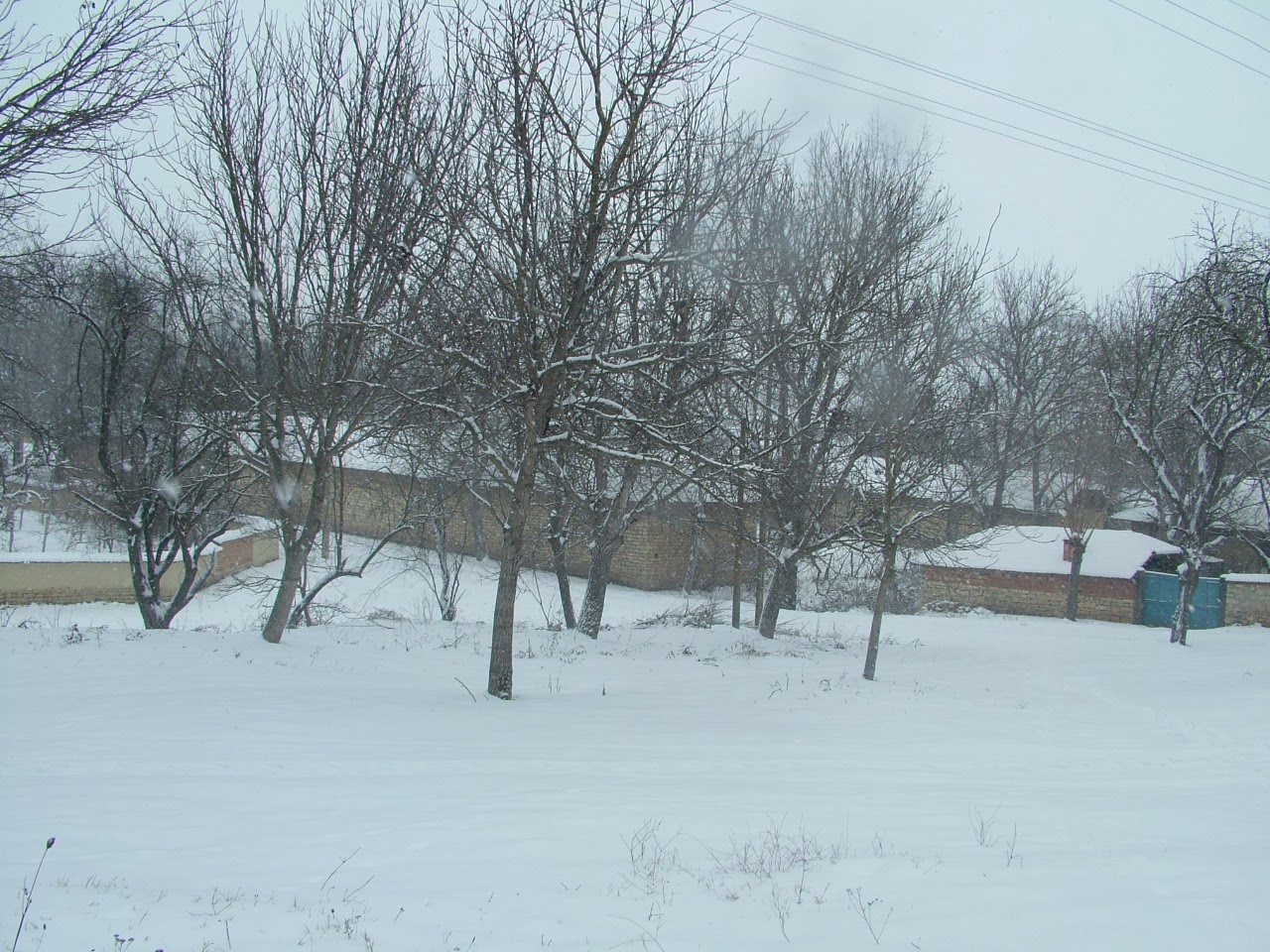 Reading the various news reports there are several regions which have declared a flu epidemic. Now that we have this cold spell maybe it will help to kill of the virus, or at least it might prevent people travelling about as much and spreading it that way. Perhaps that is another benefit to living in a small village in the back of beyond, there is not so much contact with the outside world. The cold snap will also kill off some of the nastier bugs and beasties, only last week someone was saying that ticks are about. When the snow melts that will also help to replenish the lakes, rivers and underground springs and reservoirs. It was only 3 weeks ago that I mentioned how low the rivers were for those hardy souls braving the waters for Yordanov Den. So this cold and snowy spell might be beneficial all round. 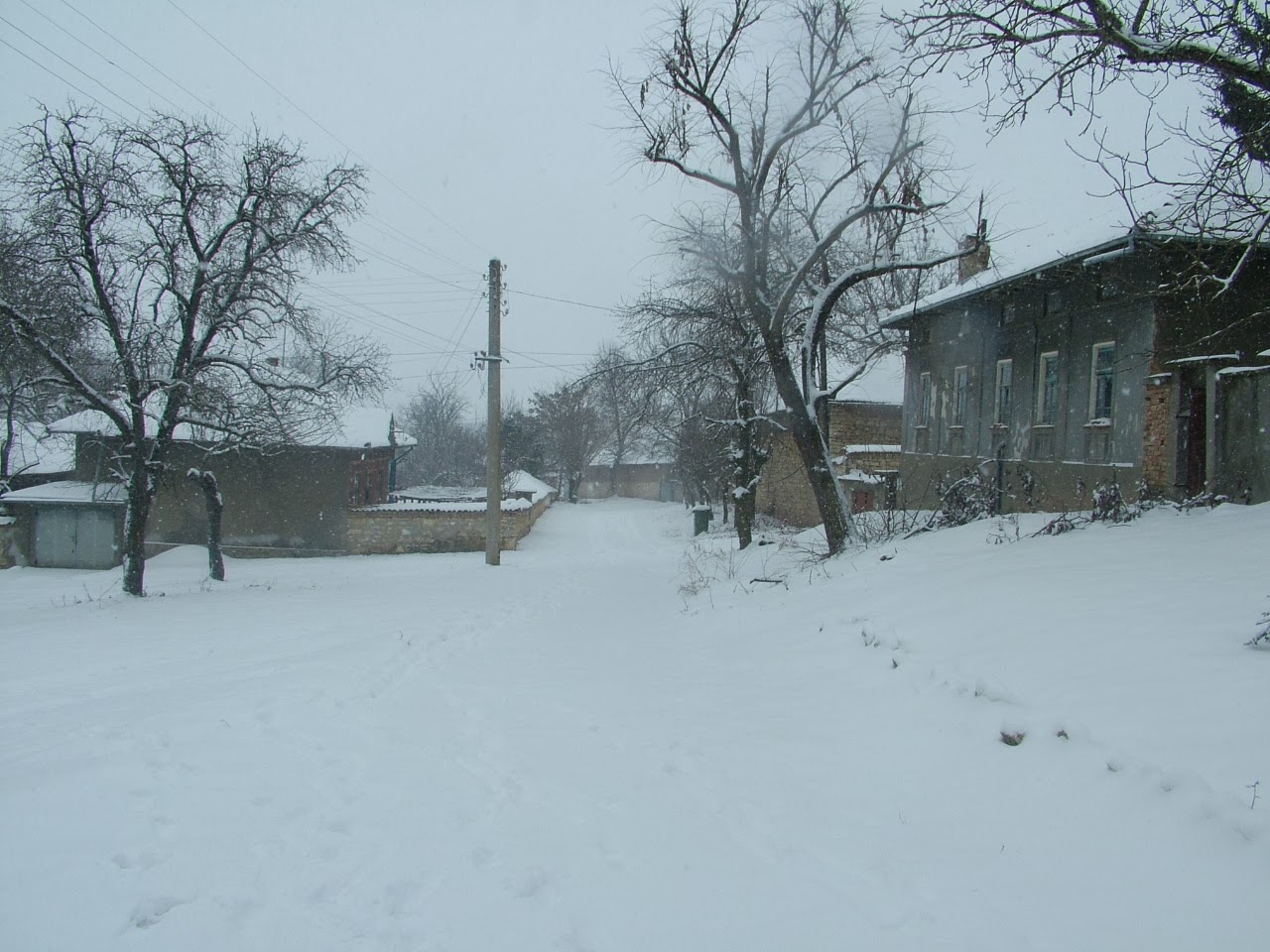