The Big Melt Has Started.

It seems as though the big melt is going ahead today. As I stand out in the garden there is not just a drip every now and then, but it is running out of the gutters. The icicle of doom is no more, as that seems to have decided to depart from the corner of the house and inspect things from the ground level. It is very nice to see sunshine and blue skies though. One downside to it all though, is that we are still getting the cold evenings and that often means that what thawed during the day then freezes again. It all makes things a little bit treacherous underfoot when wandering round the village. 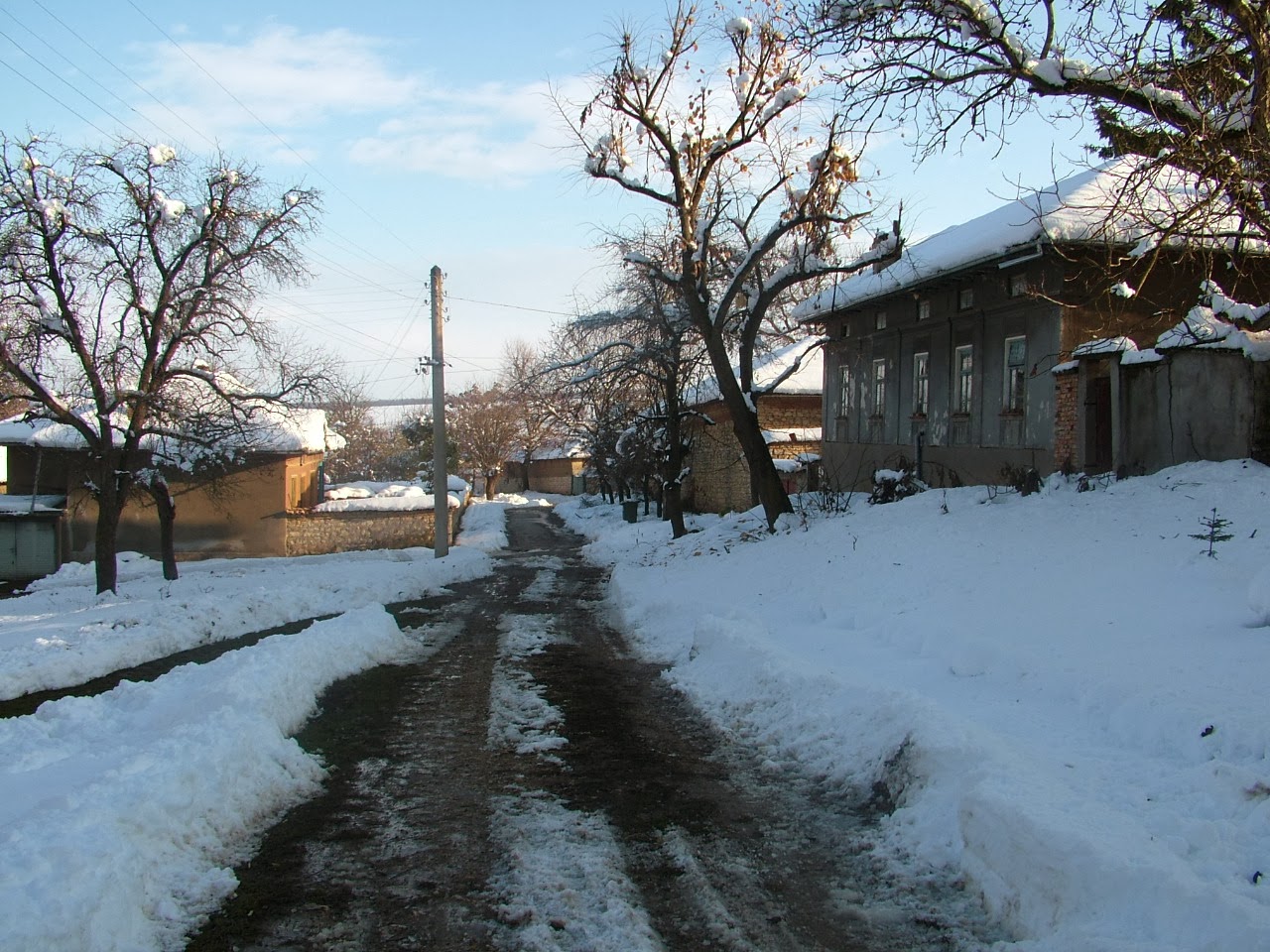 I have been following the weather forecasts with interest just recently. It seems as though we have had the last of the snow, well certainly for the foreseeable future. So now I have been busy shifting snow from the driveway all the way up to the barn. Surprisingly it has been about 10 inches deep (that will be about 25 cms if you are a metric person) in places. Where the dogs have been running backwards and forwards over it there were compacted ice trails. With the thaw it will mean that instead of snowy paws being cleaned before going indoors, we will have muddy paws instead. The dogs do like to help with the snow clearing, well that was until we unearthed one of Fenny's tennis balls. That was it all three dogs wanted the same ball so snow that had been moved was suddenly jumped on and pushed back into the driveway. 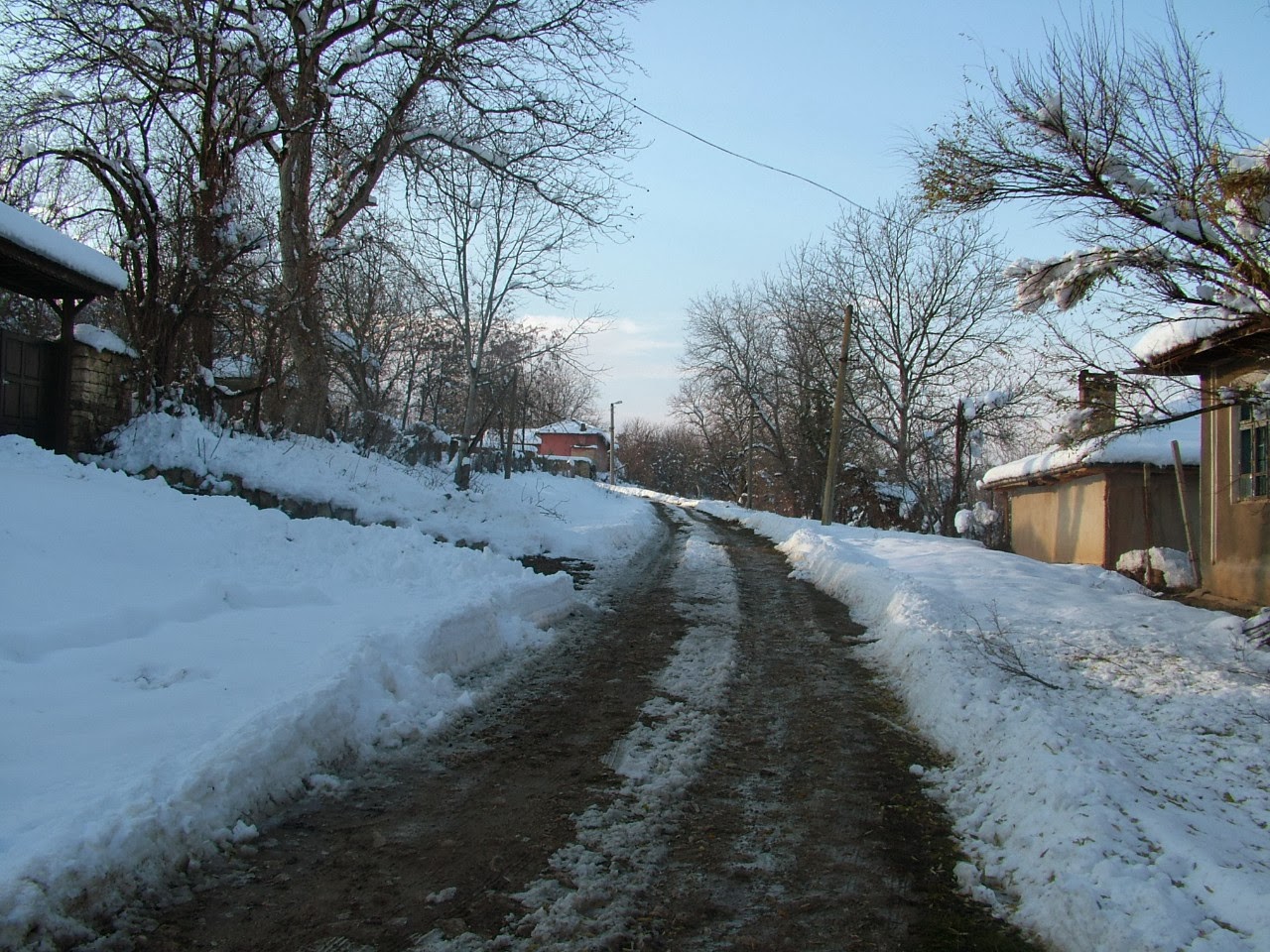 Now our driveway slopes all the way down from the barn and out onto the lane, which also slopes. Previously when we have been a bit too over eager to get out, we have ended up sliding down the last bit of the drive, across the lane and into the snow bank. I'm not too concerned about this but I can get a bit flustered if someone starts panicing. At least with the snow bank there our neighbours wouldn't get any unexpected visitors through their fence. To try and speed up the ice thawing on the last bit of driveway and the lane I now save our wood ash. This gets scattered over the ice once we reckon there will be no further snowfalls to cover it back up again. So now we can move about the village, we could probaly drive round the village too, but it is so small that it makes more sense to walk. 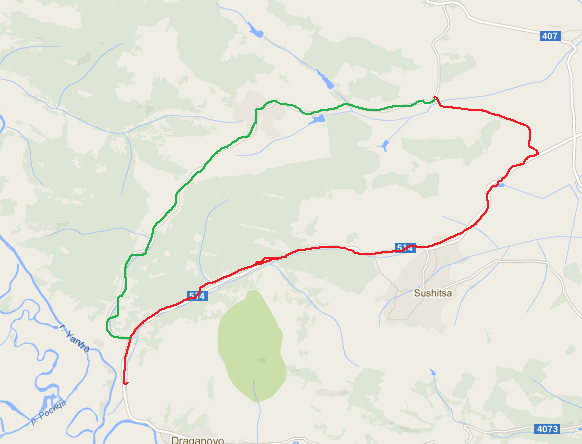 Trying to get out of the village is where the fun normally starts. Being on a hill, to get off it we have to go down. With icy roads that twist and turn we have found that sometimes it is not always so easy to stop or even slow to safely negotiate a bend, especially when the camber of the road seems to be wrong. The bus is brilliant, but then again it is a lot longer and heavier than our car. The quickest route out of the village and into 'civilisation' is the green route. Unfortunately it is not the straightest route and there are drops either side of the road into wooded areas. So when we can get out at this tme of year, we use the red route. This is the road that is closest to the main road, but it is also in the worst state of repair. Quite often the snow and ice have done quite a good job of filling in the potholes and craters. There are fields either side so it is quite flatish, so if you do happen to imitate Margot Fontaine, nothing catastrophic is likely to happen to you. A friend tried escaping the village the other day, and even though he never got out of second gear he was slipping and sliding all over the place. The bus is ideal if you want to go in and pay bills and get small items of shopping, not quite so good if you want sacks of dog food and to fill gas bottles up. 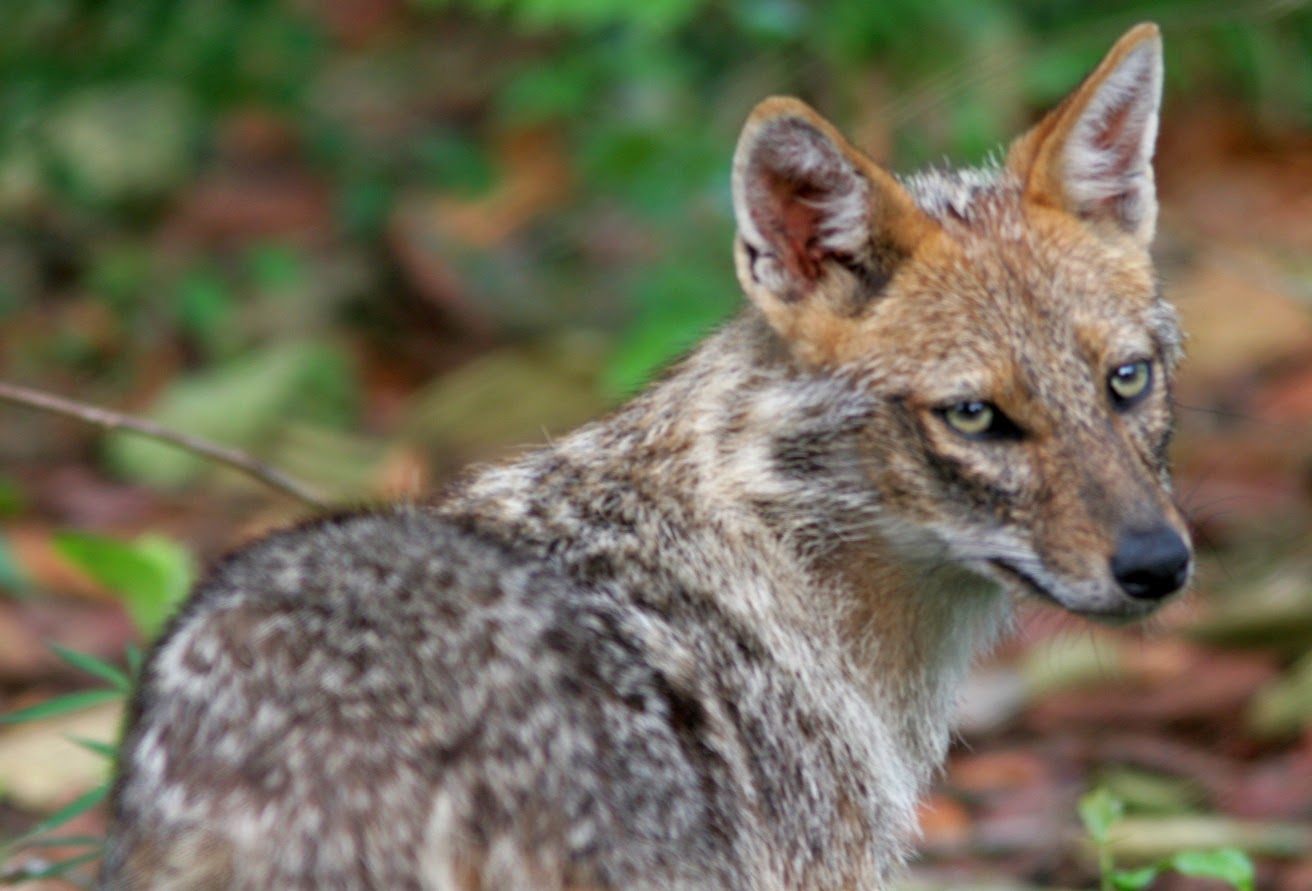 Another good thing with the thaw happening is that the Jackals will start to move further away from the village. It can be quite worrying when you have cats. The village dogs soon let you know if there are Jackals or Foxes about, just by listening to them you can almost plot their course as they skirt the village. They are normally on the lookout for a stray chicken, but they would not be too averse to taking a sleepy cat. So every night I have to do a head count of the cats, otherwise I just can't settle. The dogs are normally helping when I do this, they seem to tolerate our cats but they don't like strange ones in their garden, including Splodge who sometimes comes to tea with our rabble. On a winter's evening you know that you are in the back of beyond, there are clear skies and the Jackals howling, there smell of wood smoke is everywhere and depending on the time you can also smell what people are cooking for tea.

In the previous blog I mentioned about the January transfer window. Crystal palace did make some final day deals, and I am very happy to report that two of the new boys managed to score for us in their home debuts yesterday. Looking at the bottom half of the league table it is still quite congested so no one can afford to slip up more than anyone else.

Fingers crossed we will be able to safely drive out of the village in the next couple of days, although the dogs quite enjoy their people food extras at the moment. I have seen winter now, so it can depart and make way for Spring. Even though as winters go this has been a mild one.
Posted by Unknown at 14:38