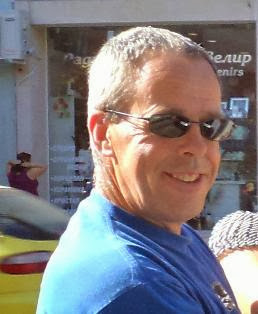 Last week we had a request from the local press asking if we could sort out an interview with some of the local ExPat community. They were interested to find out how we prepare for and celebrate Christmas, and what differences there are to doing this over here in Bulgaria. We put the request up in the big facebook group. Time marched on and there were no volunteers, so not to disappoint the reporter I put something down, and below is a copy of what I wrote. I shall also include links so you can see how it turned out.

For more than five years I have been fortunate to live in Bulgaria with my wife Jannette. We live in a very small village by the name of Paisii, and we couldn’t wish to live anywhere better. I am 52 years old and for many years served in the British military, Jannette was a nurse. We lived near to the sea on the South coast of England, which is very different to where we find ourselves now.

We have been asked about how the British community celebrate Christmas in Bulgaria, and I shall try to explain this from my own point of view. Some people might find it strange that we don’t decorate our house, but all of our decorations were handed on to our children before we left England. Some of them included decorations from our Grandparents, so these items will continue to get passed down through the family. We do not have a tree indoors either, as Jannette is allergic to Pine, but I have planted one outside.

Being in our very small village up in the hills, and with winter weather being as unpredictable as it is, it is difficult to make plans to visit people, or to have them visit you. The cost of air fares at this time of year are very expensive, so we find it is better for the family to visit for longer at other times during the year. It is true we do miss friends and family back in England, but thanks to the internet and Skype, we do get to see most of the family on Christmas day. We also miss going to the church for midnight mass, even though neither of us are big church goers, but that was something that we tried to do as a family group. 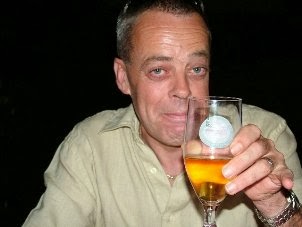 Even with just the two of us we do have the traditional English food at Christmas. Once again due to our location and the weather, it has to be pre planned and not left to the last minute. In England there would be a selection of five different meats, Turkey, Gammon, Beef, Lamb and Pork. In Bulgaria that would be far too much as we do not have fifteen family members to feed. So here we do have a Turkey crown, which is just the breast meat, and some Pork. At least with less meat to cook, it now all fits into the oven at the same time.

We do try to eat the typical vegetables that we were brought up to see for a Christmas meal. Some we find difficult to obtain here, so we have to adapt or grow our own from seed. So we will have Potatoes, and these will be both roasted potatoes and mashed potatoes. We will also have roast onions which have been cooked in the meat juices, along with roast Parsnips. There will be Cabbage and Cauliflower, and Broccoli too. Not forgetting, Carrots, Swede, Butternut Squash and Brussel sprouts.

With the vegetables Bulgaria has a distinct advantage over Britain. They simply taste so much better. You know that there are not the additives as they have either been bought at the local vegetable market, or we have grown them ourselves. We leave getting the vegetables for as long as possible so they will be that much fresher, and will keep their taste. 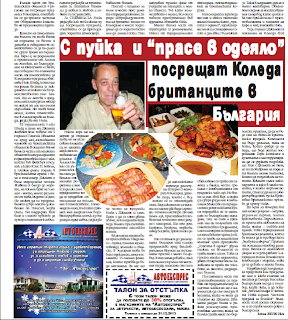 There will be some traditional English items, which many will not have heard of, items such as stuffing, pigs in blankets and gravy. The stuffing is typically made with breadcrumbs and herbs, the most common type of stuffing is Sage and Onion, although many have different tastes and will opt for a different combination. I have never seen the packet mixes sold in Bulgarian stores, so we get them either sent out by family or we go to one of the English food fayres, often the one at the campsite in Dragizhevo. Pigs in blankets are simple to make as they are small sausages with strips of bacon wrapped round them. Gravy is made from the meat juices combined with a stock.

It might sound a lot, and in all honesty it is. Most of the preparation is carried out the night before. Thankfully my Mother taught me how to be useful in the kitchen, so I can help Jannette with the preparation. So with the two of us peeling and chopping vegetables, and getting the meat ready for cooking along with all of the other little things which need attention, it is done in less time. This also means that Christmas Day is more leisurely now. This year we are having our Polish friend to join us for lunch and the afternoon, as we don’t like to see  anyone on their own. We would normally eat in the early afternoon, most probably we will have been too busy for breakfast and will have had tea and coffee whenever we could.

The fires will have been lit, so that anyone who comes visiting will have a warm welcome. Even though Net and I don’t drink a great deal, at this time of year we have drinks to offer guests and visitors. There are often chocolates and nuts in dishes on the side (unless I have got there first). If there is a flat surface, it seems as though there are treats placed there. The cats and dogs will also have been told to be on their best behaviour.

Even into the evening there is still plenty to eat should anyone still be hungry. With cold meats, different cheeses and pickles. Also there is my favourite, a dish called bubble and squeak. This made from the left over vegetables from lunchtime. These are all mashed together and then fried in a hot frying pan.  Most people will have this with the cold meats, but sometimes some bacon is cut up, and mixed in. I will eat it on its own or with cold meat, but always with brown sauce.

I hope that has given people an insight into how we celebrate Christmas, and the foods that we eat. I wish that my Bulgarian was better, as I would like to wish you all “Весела Коледа и Честита нова година. Честит празник на всички”

It is probably fair to warn people that I have also been asked for another interview in the New Year, so you might want to hide away when that happens. So all that is left to do now is to wish each and every one of you, and your families, a very Merry Christmas and a Happy New Year from Net and myself. Thank you for taking the time to read the blog and for your words of encouragement.
Posted by Unknown at 12:19