The other day I was going through the various bits of paperwork when I noticed that the car's insurance was coming due this weekend. I knew that it was about now but I thought that it was right at the end of the year. The last time that I was in Gorna I had noticed that the insurance broker that I normally use was now a computer shop. The good news is that it is a very good computer shop and I have previously used them when they were at their old location, but they are not very good at doing car insurance. There is a new broker's office near to the old location, but I wanted to make sure that it was the right one as the name had changed. Fortunately the insurance broker is on my friend's list, so it was an easy thing to check up on. So once the location had been confirmed we were expected sometime yesterday. 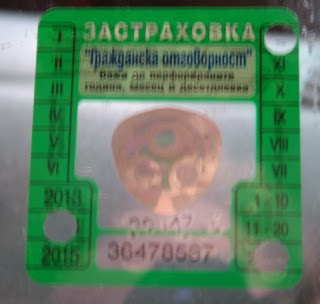 I don't know why but it seemed as though all of Gorna were out and about yesterday. We couldn't park up where I had planned, as it seemed as though everyone else had had the same idea. There were cars driving aimlessly round as people tried to find somewhere to park. In the end I thought that as we were going to be doing a bit of shopping we could park up at Kaufland and walk from there. It was difficult trying to get anywhere near due to the traffic. The traffic was nose to tail, and people were trying to jump in. It was at such a moment that the car decided it was a great time to play up. I managed to get her restarted and moved round the corner to an accompaniment of toots, and then she conked out again. It looked as though there was a problem with the immobiliser, which had it been a normal day in Gorna would not have been too bad. At least we were in such a position that vehicles could pass but it would be safer on the other side of the road. Fortunately a man with a mouth like an old council house, 2 up 2 down, offered to help push. Eventually we started moving across the traffic, it didn't stop cars trying to drive round us or people walk in front. It wouldn't have been so bad but the road surface was a bit greasy from spilt diesel, so it wasn't easy getting a firm foothold. Once we were in a safer position I was able to phone Peter our friendly mechanic and explain the situation. He got in touch with an immobiliser specialist and arranged for him to be with us in 15 minutes. This turned out to be closer to 45 minutes, but he was able to tell us that it wasn't an immobiliser problem. Neither of us knows what the specialist had to leave to come to our assistance so we didn't know how much the bill would be but he said that he didn't do anything so there was nothing to pay. You wouldn't get that kind of service back in the UK. Having said that, knowing our luck it is the return of our previous problem, but we were able to get the car restarted and we are eliminating potential causes. 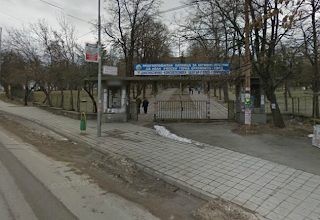 Thankfully the car troubles didn't happen last week, when we had a late night phone call. Someone had a bit of an emergency and asked if we could run them into hospital. The closest one that I know of which has an A&E department is down in Gorna. So despite the thick fog we set off. I was hoping that the fog would lift a bit as we got lower down but no such luck. We made it all of the way to the hospital and we were kicking our heels while the patient was being checked out. The doctors decided that they wanted to do more tests, so there would be a couple of days stay in hospital for our friend. The doctor wanted us to go back to the village pick up a few bits and bring them back in. It was pointed out by our friend that that would take 2 hours, and it was dangerous in the fog. She said that she would manage until the next day, as it was just gone midnight anyway. The next day saw the start of our pilgrimages backwards and forwatds to the hospital, as the food there wasn't very appetising. So we were getting into Gorna, getting something to take into the hospital so malnutrition wouldn't be something else that needed treating. The good news is that the patient is now back home with enough pills and tablets that would make her rattle if she were inclined to jump up and down. 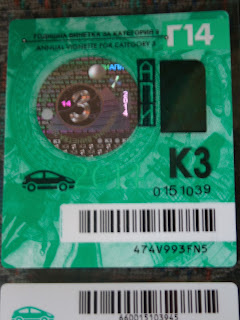 We still had to get the insurance sorted out, so with the car now behaving itself (hopefully) we decided to leave it there and walk down to the broker's office. We received such a warm welcome, it was difficult to believe that we had only gone there to renew insurance. We handed over the necessary paperwork, and were asked if we had anything else that we could do while the paperwork was processed. Hanging about waiting for the specialist meant that we had suffered a lack of coffee, so that was our initial priority. Once we had sorted that out it was over to the Post Office to get next year's vignette. Unfortunately there was Mr and Mrs Whiffy stood in front of me in the queue, and one of their relatives must have been behind me. To prevent myself turning green it was a case of breathing through my mouth. It was ok for Net, as she was stood out in the entrance foyer which meant that she did get some fresh air. The good news was that the cost of the vignette is still only 67 Leva, and by the time we had sorted that out it was time to go back to the broker's office. Once back at the car it was a case of will it start or not and if it does will it behave? It got us from where we were and up to Kaufland car park and surprisingly I was even able to find somewhere to park on the first circuit. 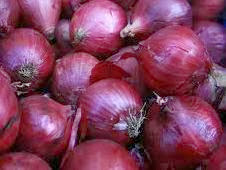 We had only just got out of the car when the car park beggar tries to start, they managed 2 words before I managed to teach them some English not taught in schools. We only wanted a few things, but they are bits that we can't get in the village. One such item was red onions. We found them on the far side of the fresh vegetable aisle. Net started putting some in the supplied plastic bag and then passed the bag to me for weighing. At that time the bottom of the bag gave way, there were red onions bouncing all over the floor and me holding a faulty plastic bag while giggling. I got a new bag and scrabbled round on the floor picking up onions, when I stood up the bottom of that bag burst and that was it, I was laughing like a drain. People must have thought that the lunatics had been kicked out of the asylum. When we made it round to the checkouts it seemed as though half of Gorna was there. We still had to get a few other bits an pieces up at Lidl and CBA, so with fingers crossed we drove up the hill to Lidl. We made it there without mishap, we even made it to the petrol station.

We had intended on surprising friends but in the end decided it might be more prudent to head home while there was still daylight. We made it all of the way home without any more occurances, but whereas we hoped that the problem had been sorted out previously it appears that it might be intermitent but it is still there.

This will probably be the final blog of 2013, so thank you for all of support and encouragement this year. We would like to wish you all a very Happy New Year and hope that 2014 brings you all that you  wish.
Posted by Unknown at 18:23