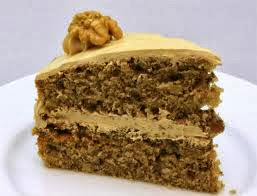 As quite a few of you actually know me, it will come as no surprise to find out that I like a nice bit of cake. At this time of year what goes better with coffee than a slice of cake, unless it is another slice of cake. I have to admit that I am rather partial to Net's coffee and walnut cake. The thing being if I want a cake it is down to me to collect and shell the walnuts. The first part about collecting the walnuts is quite easy, especially after the strong winds that we have been having, and we have three mature walnut trees round the house.

I can remember the first time we saw the locals wandering round with great big sticks. I thought that maybe they were doing something like beating the bounds. I was wrong they were intent on beating 7 bells out of any walnut tree that they could find. The daft thing is that they don't even let the walnuts ripen before they start to collect them. 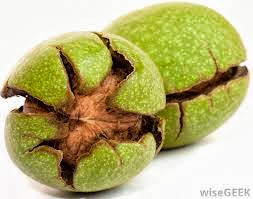 You can see them going round the village with sacks, bags and buckets. In fact anything to carry their treasure home with them. They collect as many as they can beore the market traders start to come round. You hear them in their small vans, with the loud speakers mounted on, calling out "Orehi, Orehi". The locals have to strip off the green outer husks to get to the recognisable walnut underneath. It almost seems to be a family concern, as every member of the family will look like they have been helping do oil changes on the village tractors. It isn't even as though the black washes off straight away, it stains the fingers for weeks. 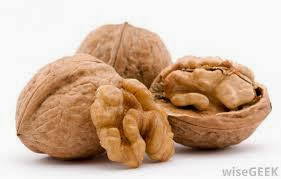 Anyway I have collected my own bucket of walnuts, and now all I have to do is remove them from their shells. At least they don't have their green husks any more. Now I don't know about anyone else but I have never had a great deal of luck when it comes to getting walnuts out of their shells. Brazil nuts no problem, Hazelnuts are simple as are Almonds and Sweet Chestnuts. Walnuts however are a different kettle of fish. 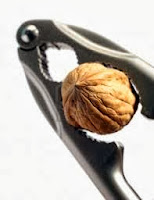 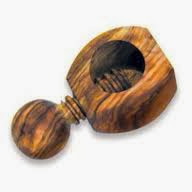 I have tried the traditional nutcrackers, slowly cracking round and round the nut. Eventually they will go crunch in the crackers, all too often pinching the ball of your thumb somewhere in the proceedings. Then it is a matter of trying to fish out bits of shell from the flesh of the nut. There are also the bits of stiff membrane stuff which seperates the nut halves. If I don't get them all out, Sod's Law dictates that I will find it in the cake. Normally when it spears me between tooth and gum. Along this same line I have tried pliers, Mole grips and Various wrenches from my tool boxes just in case I had more luck with those. I have even tried one of the typical wooden Bulgarian walnut crackers. They are ok but the nut does tend to get jammed inside the recess, and once again there is the problem with sharp bits of shell. 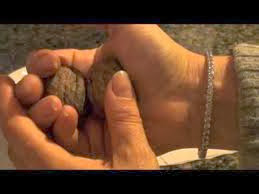 If you get your grip right you can even crack the nuts in your hand. Even some of the old Babas can still do this, they must have a grip like a hydraulic press. There is something rather disconcerting about passing them outside of the Post Office and hearing them cackle away as they crack nuts. I'm not really sure why they worry about walnuts as they can't have a full set of teeth between them, and instead make strange sucking and slurping sounds. But good luck to them all, they seem to enjoy what they are doing, and I wish them many more years doing it, but I would be grateful if I wasn't there when they did do it. 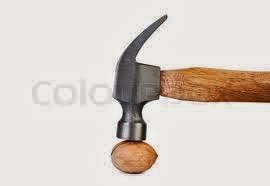 Then there is the old favourite, also from the toolbox, of the hammer and a flat stone surface. I tried that one last year with varying levels of success. I also tried squashing fingers and thumbs, not to mention frightening Billy the cat half to death. I couldn't have had the walnut flat on the stone, or I must have hit the top of the nut off to one side. The long and short of it is that the walnut shot off and narrowly missed Billy Bonce, so he made himself scarce. Mr Cat decided that then would be a good time to practice his football skills, to this day I still have no idea where that walnut ended up. The good news is that Billy has now forgiven me.

This year I am trying a sharp knife and a twist. So far it seems to be working as I am getting much bigger pieces of nut out from the shell, and we now have a bag of nuts in the freezer. At least doing it this way means that I am not prodding around in the shell, like a Winkle lover on a day trip to Margate. The nuts have been coming out in quarters and some have even come out in halves. It is still quite an oily job, and my fingers  feel strangely smooth.