For those who are regular followers of the blog, you might remember that we will have been here for five years next month. It is true what they say about time flies when you are having fun. I thought that for this 100th blog it would be a good idea if I wrote about the changes that we have noticed, and the things that we have learned, since moving here. I would like to take this opportunity to thank everyone who has taken the time to read, comment or follow these blogs. I am surprised to see just how far these ramblings of ours have reached around the world, surprised but grateful. If it were not for people reading these blogs maybe we wouldn't be where we are with it today. As I have previously mentioned this is blog 100 and all told they have been accessed nearly 20,000 times.

If you had read the Bulgarian press during the tenure of the previous government you will have seen changes to the road networks. There have been new motorways that have opened, no matter what history was in the way. Then we have the Hemus Highway. Even before we moved out parts had been completed at either end. Five years on and it is still no nearer completion. Sometimes I do wonder if it will ever get finished, or will the Northern centre of the country still remain a backwater that largely gets ignored. The roads throughout the region are a bit of a joke, some look more like a patchwork quilt, some are more pothole than road, and then you get decent stretches of new road linking two villages. There is still the airport at Gorna Oriahovitsa largely standing idle. Politicians are quite happy to land there if they have to venture up this way, but any fare paying passenger has to either head to Sofia, Varna, Burgas or even Bucharest. It does feel like this region does get two fingers stuck up at it at times.

In a similar vein I feel that I ought to mention Bulgarian drivers. Now for a people who are so polite and helpful in everyday life, they undergo a complete personality change when they get behind the wheel of a car. I am sure that part of the Bulgarian driving test has something to do with psychic driving. Many people will have seen what can only be referred to as some very dodgy driving habits, especially when it comes to overtaking and where they choose to do so. Heaven help us if you go to an area that has just got a new roundabout. They do seem to be quite a rarity here. There is one here in VT and the give way lines were actually on the roundabout, and it used to cause chaos.

There are a lot more choices when you go shopping now, and some familiar looking stores have arrived here in Bulgaria. Who would have thought that we would have witnessed crowd control at the opening of a brand new Lidl store. I am still fascinated at how some of the other shops can be a going concern. I am sure that people have witnessed a row of shops, and they all have the shop assistants stood outside smoking or drinking coffee and not a soul in any of the shops. For the foreigner first coming out here it can be rather disconcerting having a shope assistant following you round a store. It is not that they distrust you, but they are actually trying to be helpful if you need any assistance. It is just one of the many differences between the cultures. Many will have noticed that even though shops might be empty of customers, coffee shops always seem to do well. I find that these are great places for a spot of people watching, and the variety of coffees to choose from are getting larger. 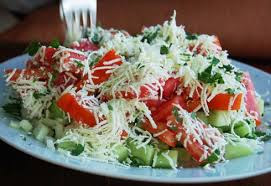 The food here is wonderful. It even tastes like it is meant to. Now back in the UK my idea of a salad would be a token bit of lettuce and maybe a slice of tomato. Neither would have any real taste, and I would find it difficult to get enthusiastic about it. Yet here I am quite happy to eat a Shopska salad, or any of the other many variety of salad. Perhaps it is because it all has a taste, and it is not just a watery insipid mess of nothingness. Yet when we first got here it was as though everyone was a stick thin model, over the years we have noticed that people have been getting slightly larger. despite there being larger people, the clothes sizes in the shops don't seem to have changed at all. One worrying thing that has been noted is that McDonalds has arrived here. I can safely say that I had not missed that style of fast food, a curry most definitely but not a burger.

Looking at things on a village scale it used to be that most people at least kept chickens, for eggs and fresh meat. Some might have had a couple of goats or sheep, afew might even have had a cow. The herds of cows, sheep and goats have been getting bigger and bigger each year. There doesn't seem to be anymore meat, or should I say any better meat available in the shops. When we have seen beef on sale we try to opt for the darkest meat there, but the sales assistant will often try to persuade us to have the brightest red piece on display. It would be nicer if the meat had been cut rather than hacked, but we can't have everything. They are starting to treat their animals so much better now. Once upon a time dogs were kept on a short chain in the yard or garden and that was their some total of life, now we even see some of them being walked on a lead.

Not so very long ago the Bulgarians were quite fatalistic. If something happened that they didn't agree with it was just treated with a shrug and a 'what can we do' attitude. Now they are trying to take charge of their lives. You only have to look at the ongoing protests that are still continuing around the country. Even though these are still largely peaceful, they are now starting to have their collective voice heard. I am not advocating lawless protests, vandalism and looting that often accompany such things in the UK, but if the Bulgarian people are taking to the street you can guarantee that something is amiss.

Anyone looking to have a change of lifestyle and relocate to Bulgaria are going to face quite a sharp learning curve. This is nothing like you will have faced in the UK. For one thing you and your partner will be spending a lot more time together. It might sound idyllic, but a lot have found that cute endearing ways soon can become an irritant. It might sound obvious but every now and again you do need your own bit of space, whether it is the garden, the shed or a workroom. You will also need a close group of friends, now we were quite private people in the UK for various reasons, yet we ended up creating various groups on facebook which is something that we wouldn't have done in the UK. Initially when we came out here we were possibly guilty of being quite naive. I can remember thinking that we were all foreigners in a strange country and wouldn't it be nice if we could all help each other out. Unfortunately it soon proved impossible, as so many were only interested in their own needs, without even saying anything to you business cards were thrust at you. There are distinct advantages in getting someone to show you the ropes, but try not to stick solely with the ExPats. The conversations might be easier, but you would be missing out on so much that we can all learn from the Bulgarians. Try a mix of the two and hope that you hit a happy balance. 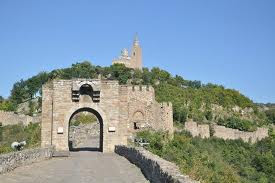 Some changes I am really pleased to see. As everyone knows, or ought to, this is a country steeped in
history. There is so much to see here that will put you in touch with these bygone ages. I was quite disappointed when we first moved here, to see that so many historic  buildings were in  bad states of repair. It was almost as though people had decided their countries history and heritage didn't matter. Now they have learned that these same buildings can also become tourists attractions, and are now starting to care for them. Another aspect of life here that we enjoy are the eco trails and walks in the countryside. As there is so much open land here the air is so much cleaner. Although not so long ago there would be carrier bags adorning so many of the trees and shrubs. Now people seem to have a bit more civic pride about them and more rubbish is ending up in the bins provided.

There are efforts being made to recycle more, but the different coloured bins don't seem to make much difference as rubbish will just be stuffed into the most convenient bin. Then there are the skip divers who will salvage anything that has potential worth from the deepest recess of a municipal wheelie bin. One thing that I have noticed is that the same bin lorry will empty the different coloured bins which sort of defeats the object.

Even something as simple as gardening needs to be relearned. The soil here is so rich that anything which would grow to 6 inches in the UK will become a triffid over here. So spacing needs to be increased. The summers might just be a little warmer so if you are growing vegetables how you water will also need to change otherwise you can end up killing your plants simply by watering them. The good news is that your Bulgarian neighbours are only too eager to offer help and advise.

So after nearly five years of living in this small village in the middle of nowhere we have learned so much. We have tried to help ourselves by watching and listening, if we didn't understand something we would ask questions. Things do change and evolve, and hopefully that also means ourselves. We have tried to integrate into village life, and to also help others. I remember how different everything used to feel when we got here, that feeling of nervousness the first time you drove out of the village to go to town, would you be able to find your way back. It helps if you can read signposts which are written in cyrillic, and these can also help you  learn the alphabet.

So would we swap our new lives for our old ones? No thank you. We have nearly got five years under our belts, and I am looking forward to the next five. We have a wider circle of friends here than we ever did in the UK, both Bulgarians and ExPats. They have all helped make the last five years fly by. There are probably so many more changes that have happened, and also things that we have learned. I am sure that things will continue to change and I certainly hope that we will continue to learn. This really is a great place to be. It isn't the UK, if we wanted that we could have stayed where we were, so it is down to us to change and to try and fit in