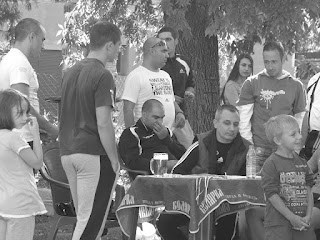 For those who are regular readers of our blog, you might remember that this time last year we were invited to attend the wrestling in the village of Parvomaytsi. Net and I enjoyed ourselves there, and luckily a friend of ours Victor remembered this and invited us both to attend again this year. We didn't want to keep it to ourselves, so in turn we also invited Barb and Dave. In the lead up to the Saturday we were getting rather concerned as it was bucketing down with rain, fortunately it did dry out on the Friday and so we were confident that the wrestling would be going ahead. We got there ahead of most of the other people so we sorted out somewhere that we would have a clear unobstructed view. 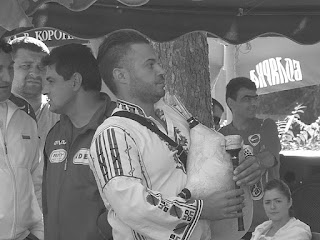 We even had enough time to move tables as it did get a wee bit chilly sitting in the shade. Barb and Dave turned up in plenty of time, so we were able to sort out drinks and nibbles. They had these fried fish things, fortunately for me they also had chips. For anyone who has not experienced Bulgarian style wrestling, you are missing out on a treat. It is nothing at all like the Saturday afternoon wrestling that I used to watch with my Nan. It is all done to 'musical' accompaniment, I can't really imagine the likes of Big daddy and Giant Haystacks wrestling to the squeal of bagpipes, and the beat of a drum and an accordion being drowned out by both of them. It was remarked upon that they all seemed to be playing different tunes. 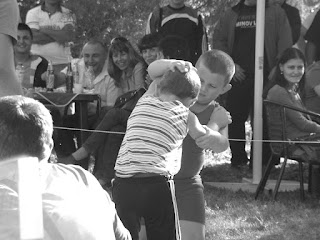 There was wrestling for all age and weight categories, and the best of it was that it was all carried out by people with big beaming smiles on their faces. There is definitely something that other sports can learn about sportsmanship. There was no animosity at all, the crowd were openly drinking and urging the wrestlers on. It was an occasion for all of the family, but there was not one scrap of drink fuelled loutish behaviour. Everyone was just concentrating on the wrestling. It was more like the wrestling in the Olympics than Nan's Saturday afternoon bouts, and seemed to be scored for throws and pins. 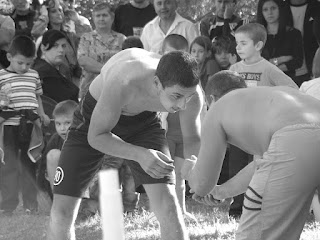 The wrestlers were definitely agile, and in some of the bouts is seemed as though some competitors were trying to get the better of an eel. Barb was getting quite enthusiastic about the various bouts, and the locals seemed to enjoy the idea of Barb enjoying herself. I can safely say that I thoroughly enjoyed my Saturday afternoon sat in the sunshine, watching this sporting spectacle unfolding in front of us. It did feel nice being included like that, and I think that we were the only foreigners there. Even the squealing of the bagpipes seemed to fade as the hubbub rose as people discussed the various techniques being utilised in the ring. 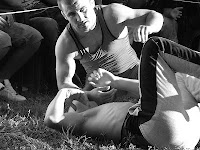 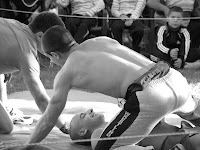 There are much worse ways to spend a Saturday afternoon, and I even had my camera there to capture some of it. As you can see I found a way to change the images from colour to black and white. For some reason I am enjoying black and white images at the moment, and thought that I would share some with you. I am just hoping that Viktor will also remember to remind us about the wrestling next year if it is on, it really is that enjoyable. Once the bagpipes had faded away into the background it was all even more enjoyable. So if anyone ever invites you to go and watch some wrestling I can highly recommend that you attend. Before I forget I had best let you know the prize that they were all fighting over, it was a sheep. 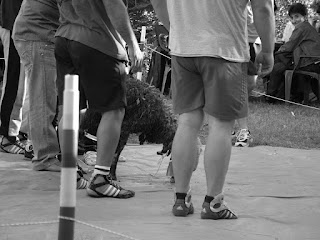