Is It Monsoon Season? 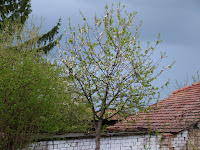 For those in the UK this will probably amuse you, we seem to have had a bit of rain here, it must have something to do with the fact that we have got our pool up and filled. It all started off quite nicely at the end of April, the weather was warming up nicely, brilliant blue skies. Admittedly we do normally get a few wet days thrown at us, but not days on end of the stuff. We are all getting webbed feet over here, and that includes the cats and dogs. The ground is sodden, so we have had no real chance to potter about in the garden, only half an hour here and there, luckily we have managed to get the vegetable garden planted up, and I haven't had to get the hosepipe out for about 10 days now. We have had some downpours of Biblical proportions, and I wouldn't be surprised to learn that somebody in the village is contemplating building an Ark. The grass and weeds are growing every time you turn your back on them, at least with the sodden ground the weeds are easier to pull out whenever you get the opportunity to get  out there between downpours. I had always wondered what it was like to be six feet tall, I found out with the accumulation of mud on the soles of my boots. I swear that Bulgarian mud would make an excellent glue. 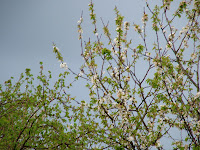 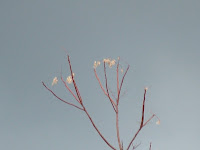 The rivers and lakes are all swollen with all of this water. So far I have not heard any reports of any serious flooding, or of any bursting their banks. I think that the country could do without a repetition of a dam failing like earlier in the year. I have checked on the various weather forecasts and we are not out of the woods yet, although hopefully we are in for a couple of drier days. Which would be much appreciated, as there is always a lot to do at this time of year. It would be nice to look out of the window and actually see some blue skies for a change, there isn't even much bird life about at the moment, so it seems as though the inclement weather has caused them to declare a no flying period. I do keep hearing Peacocks and Pheasants though, so some of the locals must be rearing them. Their cockerels seem to be remarkably quiet at the moment, maybe it's hard to crow while wearing a snorkel.

One thing that we haven't been short of at this time of year is thunderstorms. The thunderstorms have to be seen and heard to be believed. As the village is in a dip at the top of a hill they often seem to rage around us, and it is quite spectacular to watch them. Had the weather been a bit warmer we would normally be sat out on the porch watching them. Even Fen, our Boxer, is quite content to sit out there with us while they are going on. When they are directly overhead he isn't quite so keen then. The loud rumbles of thunder even make the ground shake, and I have even heard the air sizzle with the lightning. In warmer years we would normally see the ground and roads steaming after a downpour. It might still be happening but we just can't see it thanks to the seemingly continuous rainfall.

With the rainfall we have all had problems. The new neighbours over the way foolishly parked their car on the green, it now resembles a bit of a swamp, so they have had problems moving furniture and bits and pieces from their old house in the village to this one. We have had rain entering the house. The drips coming through the ceiling in the bathroom we have encountered before. To resolve that was just a matter of me going up into the attic and reattaching the plastic sheeting that the wind had disturbed. One thing that we hadn't encountered before was the steps leading down to our cellar became a river and attempted to enter the cellar through the French windows. The only way that it managed to do it was through the ventilation holes at the bottom of the door. So armed with mops and buckets it was a matter of tidying up afterwards, I am just glad that it happened while we were here. 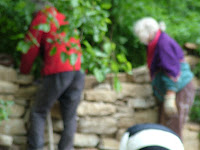 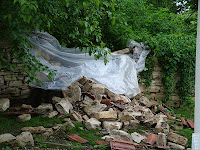 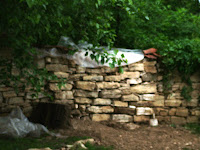 Another unusual occurrence was Dencho's field behind us trying to make a bid for freedom. Unfortunately it tried doing this through part of our garden wall. Luckily net noticed this before the dogs went round there. It was a case of scratching my head and figuring out where to start first. The first thing was to try and clear some of it out of the way, just so we could assess what needed doing to sort it out. The plastic sheeting was draped over to hopefully prevent anything else causing problems. Initially we got Kula, one of the locals in to give a hand. As I was shifting stone out of the way he started rebuilding the wall. Unfortunately he was meant to be working elsewhere so could only spare a couple of hours. Then like the 7th Cavalry we had a phone call from Barb and Dave, they had decided that they were coming out to give a hand with our wall. What would we do without people like those two? Luckily while in the UK they had previously done a drystone walling course, and they did make it all look so simple. As a result part of our garden wall is a hybrid between Bulgarian and English styles. The main thing is that it is up, Dencho's field is back in its rightful place, and the dogs can safely go back round there without us worrying that they are going to try escaping.

This afternoon we were down at Yolanta's trying to sort out her leaks. Hopefully we have managed that for her. We also tried to find Ringo and the kittens, but it seems as though Ringo has now moved them out of the attic. Now all we need is a few dry days to start drying the ground out, and all will be well. Before I forget for those of you in the VT area the car treasure is still going ahead next Saturday, but we will be keeping an eye out on the weather. It also seems like I have been volunteered to do some radio interviews, as we lead up to the It's A Knockout Olympic Challenge this summer. 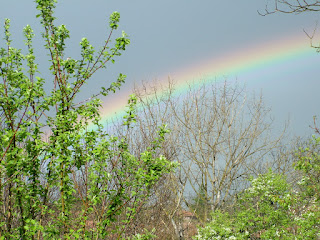