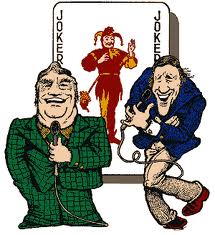 Hopefully most of you will be aware by now, that we plan to hold an It's A Knockout style competition this summer. It started out as a friendly challenge between the ExPats in VT and those down in the Stara Zagora area. At last count we have 7 teams of 6 people, and this includes 3 Bulgarian teams. So the word is slowly spreading far and wide.Not only are we hoping to make it a fun day for everyone, we are also aiming to raise money to help equip the ambulances in the region. We have been told that they are very ill equipped, and it is something that can be of benefit to everyone. Just our collective way of putting something something back into the community that we are now part of.

At the start of the year progress was quite slow, but over recent weeks it has started to gather up a bit of a pace, and individual strands are now starting to knit together. It now seems as though we have three trophies for teams to aim to win, and these have been very kindly supplied by Trust Global Radio, McNamara's Irish Bar and the VT Times. We are hoping that this will become an annual event, and that these trophies will change hands for many years to come.

Not only have Trust Global Radio offered to donate a trophy, but Bobby Martin has very kindly said that he will compère the program of events for us, and they are also going to promote the event on his radio show. As if that wasn't enough media support, the local press are interested and also one of the Bulgarian TV networks, so on the day all those attending ought to remember to comb their hair. Nick and Nicky at the VT Camp Site have very kindly allowed us to use the site as a venue for the games, and hopefully we will get a good turn out. The first real committee meeting should be going ahead in the next few weeks, so we will know more information then.

The VT members have already started the fund raising. While delivering the VT Times Rachel got speaking with Martin McNamara, of McNamara's Irish Pub, and he kindly offered the bar as a venue for a pub quiz. So last Friday his offer was taken up. To give Rachel a hand setting up we turned up early and got chatting with Martin, which was when he kindly offered a cup. We only had to move a few tables about a bit, so that everyone could get in. In the end I think that we had 8 teams playing, and this also included some Bulgarians and Russians. I have to say a big thank you to Joe, not only did he sort out the questions, but also acted as question master on the evening. He must have been hoarse the next morning, as he did most of it without the aid of a microphone. I think that everyone had a good time, both the quiz and the raffle seemed to go down well. A very big thank you to everyone who made it all possible, and for all those who took part. Joe had even timed it perfectly so that we were finished in time to see the new light show in VT.

The next fund raising event is next month, and was suggested by a Bulgarian friend. We are holding a car treasure hunt round the towns and villages near VT. Already there has been quite a bit of interest shown on one of the local Bulgarian Facebook groups and we still have a month to go. So if you are reading this and stuck for something to do on the 26th why not come along and show your support. It is all in aid of a good cause, and the more the merrier. We hope to see you there.
Posted by Unknown at 16:09