The Weather Changes, Then Changes Again 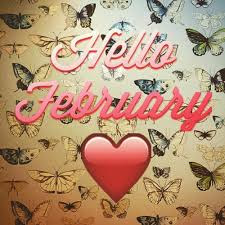 We now find ourselves midway through February, and the last clumps of snow have finally left the garden. Snowdrops are flowering, and birds are singing in the trees. Sometimes it is easy to think that Spring is just around the corner, and then the weather switches and reminds you that it is still winter. The snowdrops instead of nodding their heads in the breeze are being battered by strong winds, or being deluged under rains of Biblical proportions. This morning I had to quickly nip into town to pick up a few odds and ends, and the bushes and shrubs have yet to wake from their winter slumber. The good news is that Spring must be on its way, as last week they were setting up the Martenitsa stalls in the square at Gorna Oriahovitsa, which always seems to be a good indication. With this year being a leap year we get an extra day this month, which means that Baba Marta will be delayed by a day. Hopefully she will look kindly on us for letting her have a lie-in, and not be grumpy because we kept her waiting. 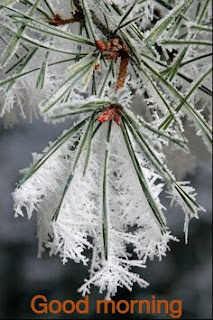 Although the night time temperatures are still a bit on the nippy side, we haven't woken up to frost covered gardens for nearly a week now. Unless the rain overnight had washed the frost away before I emerged from my cocoon beneath the duvet. The dogs are a bit miffed now that the snow has gone, no more barking at snowflakes invading the garden, no more playing in the white cold stuff that can be eaten, and no more trying to discover what treasures might be hidden beneath it. The cats prefer no snow, as now they can wander where they like without having to follow paths that a mere human has dug. Personally I am glad to see the back of it, with the last lot being the wet snow which causes so much damage to trees and shrubs. At times it was almost like being in a snowball fight, there I was clearing the steps out the front when clods of snow were shed from the branches of the walnut tree overhead. No matter how well you wrap up, the snow will always find a way to go down the back of your neck. As to whether we have seen the last of the snow, who can say one way or another. In previous years we have had snow at the end of March, so I mustn't raise my hopes just yet. 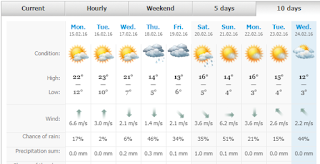 Today is an odd day. Through one window I can see blue sky and white clouds, yet through another it looks grey and overcast. We have had some strong winds recently, and today it is a stiff breeze blowing. Yet the temperature is an unseasonable 20C, looking at the forecast it is set to get back to normal about midweek, whatever normal might be. About the only thing that can be said about the weather in February and March, is that it is predictably unpredictable. I did get some odd looks in town today, well odder than usual, as I wandered round town with no jacket or jumper. Even the spits and spots of rain didn't cause me to go scurrying back to the car to grab a jacket. 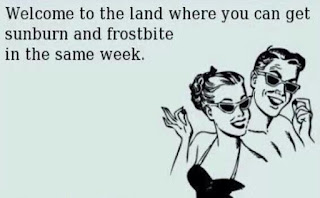 Yesterday was Valentine's Day, also my wife's birthday, and here in Bulgaria it was also Trifon Zarezan Day. This is when the grape vines are blessed, hoping for a bountiful harvest in the coming months. The weather was gorgeous, and how did I spend it? Repairing part of the garden wall which had fallen down due to, in part, all of vagueries that the weather had thrown at it. I wouldn't mind so much but it was a patch that we had previously had repaired by some of the local maestro's in the village. It doesn't help that the field on one side of the wall is two feet higher than on our side. It also wasn't the section that fell down the other year. 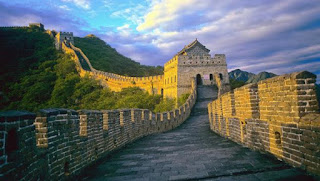 Many will know that when you are told that something is 'nyama problem' (no problem), you know that it will turn round and bite you, and so it proved with this 'repaired' patch of wall. I guess that I was lucky to have noticed it when I let the dogs out for their evening constitutional. At least I was able to prevent them from making a bid for freedom across the field and terrorising the village. We found out why we had a problem, the locals had filled it with earth, which acted as a wick from the field, then the freezing and thawing meant that it just popped like a cork. So yesterday my neighbour and I were out there trying to rebuild it. Just imagine trying to complete a jigsaw, without the picture on the box lid. Some of these 'stones' were a fair old weight, and where my knees and back were creaking and groaning, my neighbour was moving them round as if they were no more than a bag of sugar. Between us, we managed to get everything rebuilt solidly, and we had various rocks, stones and boulders left over, which can now be used elsewhere. 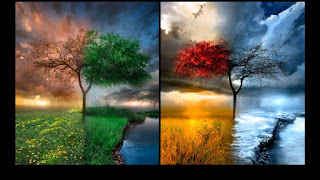 So next month I will be scanning the skies, looking for that first Stork. Although we do still have to get through the rest of this month first. Hopefully the weather will be more settled, and not all seasons in one day. Wherever you may be I hope that the sun shines down on you. Just think that it will soon be time to blow the dust and cobwebs off of the lawn mower, and give the grass its first haircut of the year. Even if it does look like soggy straw at the moment. The confused bees will enjoy the better weather, and hopefully find some flowers instead of pestering me.