Who Was Vasil Levski? 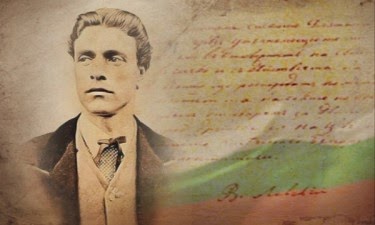 Any tourist visiting Bulgaria will notice that one name keeps on cropping up. It is seen on sports stadia, schools, roads, and public parks to give just a few examples. This one name is enshrined in Bulgarian history, and that is Vasil Levski. For many Bulgarians, this man epitomises all that is good and great about Bulgaria. Sadly his name is not widely known outside of the country, which is a shame. Consider what Martin Luther King did for the civil rights movement, and it is probably fair to say that Vasil Levski did just as much for Bulgaria and Bulgarians. Yet European history has managed to largely ignore his efforts and sacrifice. So who was this man Vasil Levski? 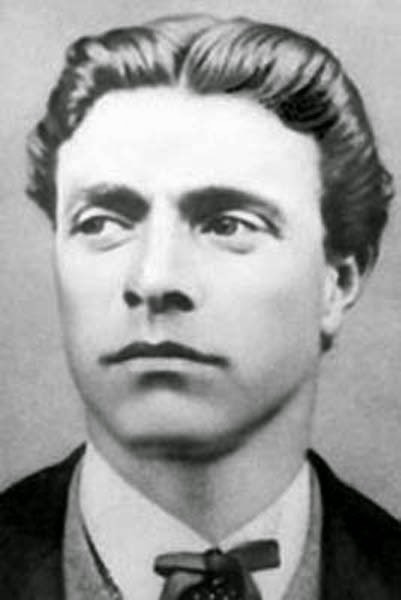 He was born on the 18th July 1837, to his parents Ivan Kunchev and Gina Kuncheva, in the town of Karlovo. In honour of his maternal Uncle he was named Vasil Ivanov Kunchev. His parents were part of the emerging middle classes, with his father being a craftsman and his mother's family being part of the clergy. At that point in Bulgarian history the country had been under Ottoman rule for more than 400 years. Bulgarians and other Christians were treated as second class citizens by the Ottoman establishment, and constant friction arose because of differing religious beliefs. Young Vasil's father died in 1844, leaving his wife Gina to raise Vasil and his siblings. He had 2 younger brothers Hristo and Petar, an elder sister Yana and a younger one, Maria.

His education began in Karlovo, and he was also a local craftsman's apprentice studying tailoring. At the age of 18 his maternal Uncle, who was a superior Abbot and envoy of the Hilandar monastery, took him to Stara Zagora where he gained further schooling, while working as the elder Vasil's servant. He also undertook clerical training, and in 1858 became a monk under the religious name of Ignatius. The following year he became a deacon monk. 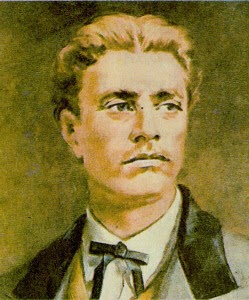 In 1862 he left the religious world of a monk and travelled to Belgrade in Serbia. He had become inspired by Georgi Rakovski, who was attempting to put together the First Bulgarian Legion. This was a military unit comprised of Bulgarian volunteers and revolutionary workers whose aim was the overthrow of the Ottoman rule. After several armed conflicts around Belgrade a truce was diplomatically brokered between the Serbs and their Ottoman rulers. This resulted in the First Bulgarian Legion being disbanded. It was during training and the conflicts that Vasil gained the nickname Levski. A translation from the old Bulgarian reveals that this means Lionlike. After a short stay in Romania Vasil Levski returned home to Bulgaria in the spring of 1863. His own Uncle reported him as a rebel to the Ottoman regime, and so he was forced to endure 3 months of imprisonment in Plovdiv until he was released. He gave up his religious office, and began working as a teacher near his hometown of Karlovo. While a teacher he also gave shelter to those persecuted by the ruling Ottomans, and also began organising patriotic companies amongst the population. 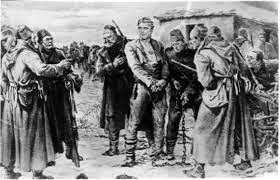 His activities began to create suspicion from the authorities, and once again he was forced to move. Levski met up with Rakovski again, and learnt of two revolutionary bands determined to cross into Bulgaria and cause an armed rebellion. These bands were led by Panayot Hitov and Filip Totyu, and with Rakovski's recommendation Levski became the standard bearer for Hitov's group. They crossed the Danube at Tutrakan in April 1867, fighting skirmishes along the way they made it to the Balkan mountains before escaping to Serbia in August. This led to the Second Bulgarian Legion being formed in Belgrade. Levski had to undergo surgery for a stomach complaint, and by the time he was back on his feet the Legion had been disbanded. Attempting to reunite with his compatriots caused Levski to be briefly imprisoned once again. 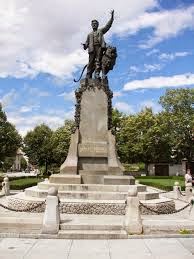 Over the next couple of years Levski made journeys throughout Bulgaria, meeting up with various patriotic revolutionary cells and cadres. On his second tour he carried proclamations from the provisional Bulgarian government based in Romania, declaring that he was acting as their representative. In 1869 he was one of the founding members of the Bulgarian Revolutionary Central Committee based in Bucharest. Through a disagreement about implementation and planning, he left to begin his own plans for an insurrection based on an internal revolutionary network in 1870. Over the next 18 months he busied himself with creating a vast network of secret committees throughout Bulgaria, perhaps his previous trips had been beneficial for this purpose. These secret committees brought arms and trained volunteers to be part of a coordinated uprising. Each volunteer had to swear an oath of allegiance, and treason was punishable by death. To maintain the high level of secrecy they had their own secret police, who would monitor each individual's activity. With a price on his head, Levski was forced to use disguises during his travels. 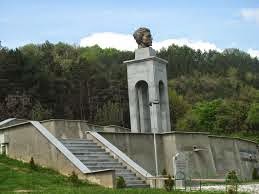 Revolutions are not cheap, and funds were in short supply. An unsanctioned, though successful, raid on an Ottoman postal convoy yielded 125,000 Groschen. The Ottoman authorities soon rounded up the raiders, who included Levski's assistant Dimitar Obshti. Under torture they revealed much about the Internal Revolutionary Organisation, including its links to the BRCC in Bucharest and the leading role that Levski played. Realising that he would soon be hunted down, Levski decided that he would flee to Romania and take stock of the situation. Not knowing how much had been revealed by those captured, he needed to remove or destroy important papers held in the central committee's archives in Lovech. On the morning of 27th December 1872 he was surprised and detained at an Inn in the village of Kakrina. Various theories surround how he was captured, but the one most popularly cited is that he was betrayed by a priest. 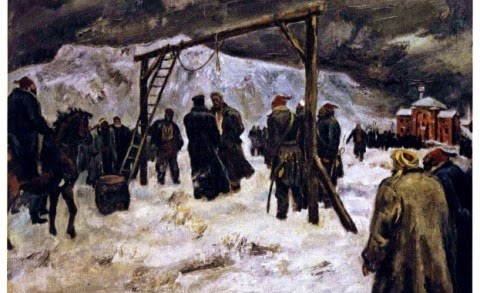 Following his capture he was taken to Tarnovo for an initial interrogation, and then on 4th January 1873 he was transferred to Sofia for further questioning and trial. He revealed nothing apart from his own name. The death sentence was passed on the charge of a servant who had been killed when money was being extorted from a wealthy local in Lovech, rather than as the head of an impending armed rebellion. Today there is a monument which stands close to the spot where Levski was hanged. Realising that even in death Levski could still be an important catalyst for an insurrection, the authorities had the body buried secretly. To this day no-one knows for sure where the final resting place of Vasil Levski is, but there are various myths and legends. In 1937 the following story appeared in the newspaper Mir. It told how the body of the Apostle had been buried near to the gallows by the priest Todor. In the night following the execution the Sexton of the church of St Petka disinterred the body and then buried the remains in the church's altar. During urban developments in 1956, archeological excavations were required in the church of St Petka. A grave was discovered, and although not conclusively proven many conclude that it does belong to Vasil Levski. 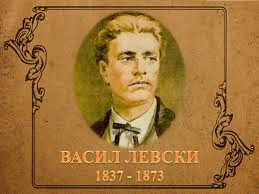 Many of his thoughts and beliefs are just as pertinent today, as they were all of those years ago. Here are a couple for you to ponder upon

"It's deeds we need, not words"