Baba Marta Is Having One Of Those Days

Today is one of those days when Baba Marta is busy talking to herself. One moment she agrees with what she is saying, and the next she is arguing herself. So in other words one moment there is sunshine, closely followed by ominous looking black clouds. It was so different yesterday, when it was just sunshine and blue skies. The good news is that even though neither of us are totally back to normal, whatever that might be, we still had enough energy to start pottering round in the garden. Even the cats and dogs were all out enjoying the weather with us. There are several areas in the garden which are being changed this year.

This used to be a rockery, near to where the pool sits. We have decided that we will level it and put it down to grass. It seems like a nice area to maybe enjoy the sunshine of a Summer's evening. As it will not be in shade at all during the day, the chances are that it will be too hot, so we still have either the patio area next to the house or up under the barn. So last autumn we dismantled the rockery and levelled it out. We were hoping that the frosts would kill the weeds, and they have done to a certain extent, but there are still more which needed pulling out by hand. Unfortunately the cats had decided, that as it was a nice flat area full of crumbly earth they had a better use for it. So at least there was another reason to rake the surface first. I wouldn't mind so much but no sooner had we de-catted the area, one of our little treasures was back on there checking that it still worked. Hopefully now that it has been levelled, raked and seeded they will actually stay off of it, although somehow I very much doubt it.

Today we had hoped to carry on where we left off yesterday and weed some more of the flower beds and start sorting out the vegetable patch. As I mentioned earlier Baba Marta is in one of her contrary moods today, She probably would not take very kindly to me pointing out that she also seems to be suffering with wind today, so perhaps I had best not mention that. We are still getting a few ground frosts first thing in the morning but they are getting less as the temperatures are creeping up. We aren't even really using the wood burning fires now, instead we are making use of the gas fires just to take the chill off of things. The animals are somewhat disapponted as they were taking it in turns guarding the fire, and the gas fire just isn't the same.

Working in the garden is also having an effect on our Martenitsi. They are definitely starting to look a bit grubby and worn. Maybe wearing them in the shower is also having an adverse effect on them. The good news is that there have been sightings of Storks from people living down in the South of the country, and also over Burgas on the coast. If they had planned heading up this way today they would have to contend with quite a stiff head wind coming out of the North. Maybe they are better off having a couple of days at the seaside and then come up. As Storks are not renowned for having thumbs I can't imagine them being able to hitch a lift this way. At the moment we are still one of the only villages, that I know of, round this way without a Stork's nest, maybe this year one will get built.

Now working in the garden seems to go so much better with music, unfortunately the CD part of the player up in the kitchen has given up the ghost. The rest of it seems to work fine, which is handy as I have hooked up an extra pair of speakers for outside. So although the radio works, some of the radio stations do seem to leave a lot to be desired, previously I have got round this by loading up a blank CD with MP3 tracks from my CD collection. Now the CD part is not working we had to devise a way of getting music outside which didn't entail radio twiddly. The radio stations here seem to be fixated with either Chalga or folk music, neither of which I find particularly appealing. Then Net asked would the FM transmitter work if CDs were played on my computer? There was only one way to find out, and it does. These transmitters have something like a 50 metre range so if our neighbours over the road are fiddling about with the tuning on their radio they might just pick us up. 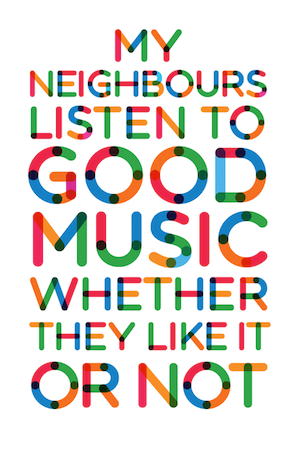 Maybe my CD collection isn't exactly up to date, but it certainly gives me a decent mix of musical genres to keep me happy while I'm working in the garden. Although, it is quite possible that the average Bulgarian might also ask what the bloody hell am I listening to. It has been known for me to start pogoing when I have been watering the garden, neither of which were very successful. Anyone looking over the wall when I am in mid Nutty Boy Train will probably feel that I have well and truely lost the plot. Fortunately I tend to resist the urge to break out the air guitar, but I have been known to use plant pots as drums. Talking of air guitars, is there something like a gaida equivalent? I can just imagine it now, villages going mental playing their air gaidas. For those who don't know what I am referring to, the gaida is basically the Balkans answer to the bagpipes. Maybe one day I will learn to appreciate the music from here, but at the moment I'm not holding my breath. It took me long long enough to enjoy the sound of a massed pipe band, and a solo agony bag still sounds like someone doing something unpleasant to a cat. So now that we know that the FM transmitter works from my playlist on the computer, I have plenty of options available.