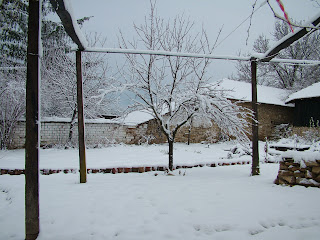 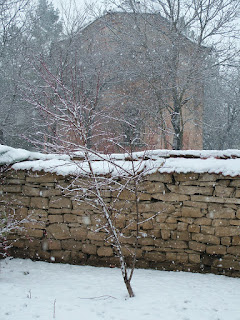 At least we made it through November before the snows arrived this year. Even though we haven't received a huge amount of snow yet, it has proved to be totally different to any other winter that we have experienced since moving here. Once again the normal warnings have been trotted out, about how this is expected to be the coldest winter since records began. I do tend to take these things with a pinch of salt. By and large there is enough of a problem trying to predict what tomorrow's weather will bring, never mind a whole season. Bearing in mind we are mid way through the month we have had sunny days with bright blue skies, rain and drizzle, snow, sleet and hail. Just for good measure we have also had some freezing fog, probably because it couldn't be fitted in anywhere else.

We started off with a scattering of snow showers, which really weren't amounting to anything much, but it was enough to start pitching on the ground. The village just carried on much the same as normal, but then overnight we had a larger than normal load of snow which fell. On top of this there were further snow showers the following day. In the village here they seem to wait until the snow has finished before they get the tractors out to plough the roads and lanes. As we were getting snow showers off and on, none of the roads and lanes have been cleared. So this has meant that the village has slowly ground to a halt. We did have a few days without snow, and the sun came out and everything glistened and looked very festive. The down side to this was that the snow was melting, and the temperatures at night have been falling below zero. So what was once nice looking snow was rapidly becoming treacherous ice. Still no signs of any snow or ice clearance activities in the village. 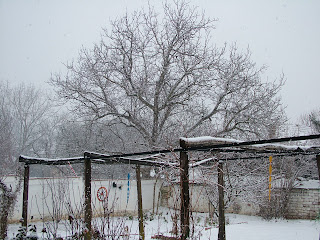 Just out of interest I did get the village bus into town last week. The last time that I used this was last winter, for some reason the lunchtime bus that I caught used to turn round at Vinograd, but it turned in our village this time. Maybe the road out that way was just too bad. I have to admit that here in Paisii and our neighbouring village of Strelets the road conditions had a lot to be desired. This didn't improve all the way down the ridge road until round about the old hunting lodge. It was almost as though someone had thrown a switch when the bus got to the main road, as the roads were totally clear. In Gorna itself it was difficult to find any evidence that there had been any snow at all. Is it any wonder that I often refer to our village as Ice Station Zebra. 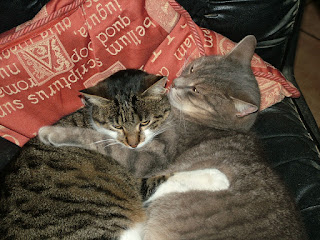 By far the worst thing that we have had to face so far has been the freezing fog and the overnight drizzle. This gave everything a nice glazed look, but every path and road was like a skating rink. Even the cats and dogs were slipping and sliding everywhere, even our gravel driveway was just one sheet of very slippery ice. It was as though someone had polished everything to such a high shine it was nigh on impossible to walk on. There was no way that I was even going to contemplate driving anywhere in those conditions. The dogs and cats are also very reluctant to go out in it, and as soon as they have finished outside they make a bee line indoors and head for the closest fire. Mind you I can't say that I blame them too much. Net has very kindly shared the virus that she has been suffering with, so I'm not feeling 100% either. There are certain jobs that do need doing outside, so I end up looking like the Michelin Man as I go about them. 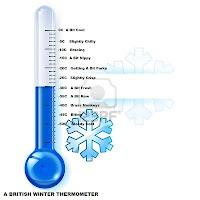 At the moment the thermometers have not dropped too far down the scale, a couple of times we have woken up to -7C. There is still plenty of winter left to go though, and at the moment the daytime temperatures are often hovering at about the 0 mark. Once again it gives the ExPat community something to talk about, who has snow and who doesn't. It is surprising that weather conditions can vary so much between villages, even neighbouring ones. This time of year does also lead to a lot of missed celebrations. We were meant to be at a friend's birthday celebration yesterday, and tonight we are having to miss the Ambassador's carol concert in VT. Not only do we have to pay attention to the existing weather conditions, but it is also prudent to keep an eye on the time too. The temperatures start freezing in the village at about 4pm, so ideally we normally try to be home before then.

Well this has been another year of blogs, and once again I would like to thank you all for taking the time and effort to read them. Net and I would like to wish you and your families a Very Merry Christmas and a Happy New Year. 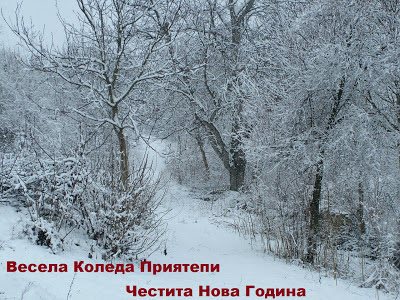