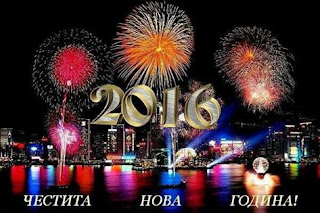 Welcome to my first blog of 2016, and I would like to wish you and you family a very happy and healthy New Year. Hopefully there were no sore heads through over zealous celebrating, and that things have settled down now that we are a few days into 2016. Here in the village there were the usual fireworks, but due to the chilly night air they didn't seem to go on for as long as usual. The animals seemed quite happy about that, especially as the fireworks seem to get louder each year. We entered the New Year the same way as Christmas, with no snow, but keeping an eye on the forecast we were due some. 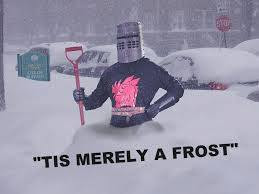 We woke up on New Year's Day to a white garden, fortunately it was just a heavy frost. By midday the sun had dealt with most patches. It was even quite pleasant in the sunshine once you had managed to find shelter from the wind. On the 2nd, a countrywide weather warning was issued, the snow was about to hit us. Once again we had a frosty start to the day, but still blue skies and sunshine. Unfortunately the pleasant weather didn't last, and from about lunchtime onwards the clouds began to build and the sky darkened. Shortly after dusk the first flakes of snow could be seen swirling in the glow from the street light outside. They were so small that I didn't really expect it to mount to very much. Yet, with the way that they were being blown, I could see a possible problem with drifts if the snow actually started to pitch. 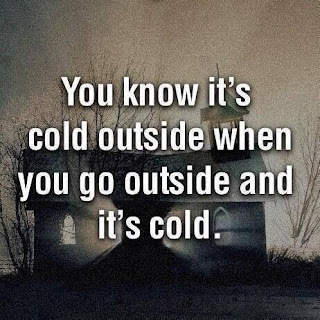 So when we woke up yesterday morning, we found that it had snowed throughout the night. It hadn't really amounted to much, the roofs of houses had a slight covering, and even in the garden blades of grass could still be seen. Was this what the severe weather warning was all about? Admittedly, it was somewhat chilly, with the thermometers hovering about the -11C/-12C point, and the day didn't seem to warm up at all. The little, bitty, flakes of snow seemed to increase in size as the day progressed. The cats and dogs wanted to go out and play in the snow, but they also wanted to stay indoors near to the fires. Maybe at some point someone could invent warm snow just to keep them happy. With the fires banked in, and Net doing the fire monitor and stoking duties I wrapped myself up like the Michelin Man and armed with the snow shovel started clearing paths. 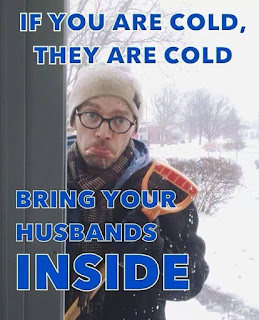 Now you might think that the cleared paths would be for me to get backwards and forwards to the woodpile. The animals have different ideas. They want paths cleared from various doors to up under the barn, over to the studio, another so that they can get to the wall and investigate the barn next door, to their eating areas, to their summer 'bedrooms', and down to 'poo' corner. Only once those had been dug was I permitted to clear the paths and steps for two legged people. Sometimes I do wonder if we spoil these animals maybe a bit too much. Even once the trenches were dug, the snow kept constantly falling, and the wind was blowing it back in to fill the trenches. At least once the initial trenches were made, I then had a guideline to follow, and with it being fresh snow it hadn't compacted at all so was easier to shift. Compared to other years we have still not had a great deal of snow, but with it being a constant yesterday I can officially claim that I am already bored with it, and I am looking forward to Spring. 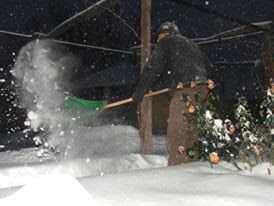 Despite having the fires lit, we still ended up with a minor problem. After tea last night the washing machine was put on, and we didn't really think any more about it. The kitchen was warm, as was the little lounge, water came out of the tap when required so no frozen pipes. Yet the washing machine decided that it wanted to try flooding the kitchen. This morning I found the reason why. The waste pipes run outside along the back wall, and they are insulated. Well, all apart from one bit that the dogs try to use as a back scratcher. The insulation from there seems to have been worn away, and inside the drainpipe was a nice block of ice. It can only have built up from us having dripping taps, which help prevent water pipes freezing and bursting. So the washing machine was trying to pump out water, and the water wasn't going anywhere outside so decided to have a tour of the kitchen. I wouldn't mind too much but we have had lower temperatures in previous winters, and have never had this problem before. 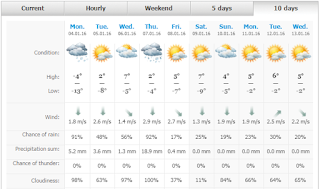 Looking at the 10 day forecast the weather is set to warm up, so maybe the winter will be a very short one this year. At the moment we have reached the dizzy heights of -7C. The only problem being that, whatever thaws during the  day will tend to refreeze at night. Which will make roads and paths into skating rinks. I shall being doing the same as our neighbours are scattering the wood ash from the fires on the road and paths. It does seem to help give an extra bit of traction, and also treated areas seem to thaw faster. I just hope that everyone remembers to check for nails and bits of metal before they scatter their ashes. 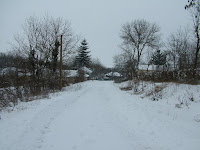 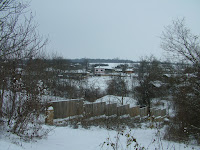 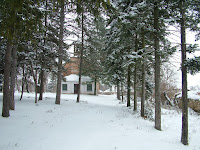 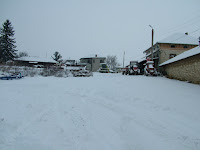 This afternoon I had a wander round the village getting a few photos as I went. As you can see the snowfall is nothing compared against other years. The tractors have been out and ploughed the roads, leaving that lovely layer of ice there for the unwary, but with care, we are not isolated this year. I'll still be treating myself to trips on the village bus though, it wouldn't be winter otherwise. It also means that I am forced to speak Bulgarian, with getting tickets and nattering with neighbours who are also using the bus. It might not sound a lot, but every little helps. At this time of year it can be an easy option to remain in your little domain and not actually see anyone from one day to the next. It seems to be a village sign that, if there is smoke coming from the chimney then everything is OK. 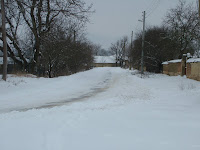 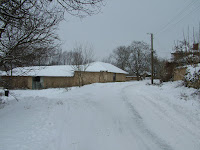 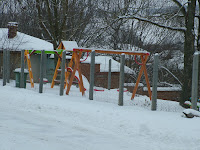 Well that seems to be the first blog of 2016 done and dusted. Very many thanks for your support over the last year, I have just realised that the blog articles have been accessed over 150,000 times now. None of which would have been possible if people decided not to read them, so my heartfelt thanks to each person who actually reads, or shares, these blogs. I hope that you have a wonderful New Year, and that it is everything that you wish it to be. 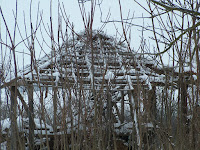 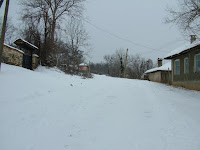 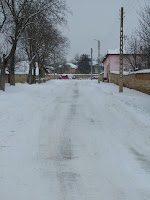 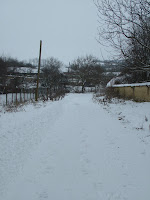 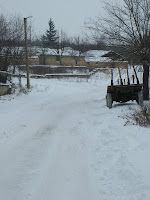 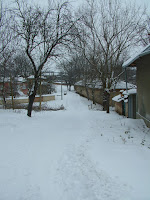 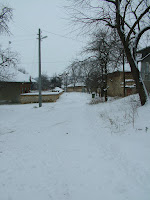 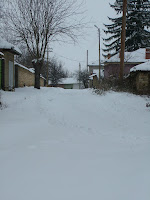 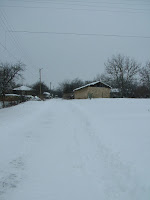