Enough To Drive You Crazy 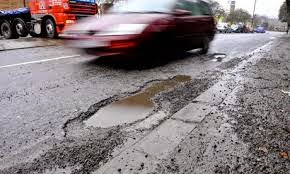 I was speaking to a friend back in the UK the other day, when the conversation got round to the state of the roads. Both over there in the UK, and here in Bulgaria. It was also mentioned that previously I have mentioned about changing our UK Driving licences for Bulgarian ones, and getting the car sorted out for its MOT, but I haven't really said what it is actually like driving out here. So here are some of my observations from across the years, hopefully most will nod their heads wisely and have seen the self same things. 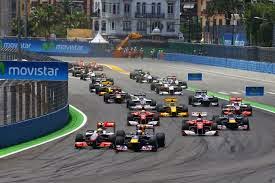 Firstly the roads get a lot less traffic than in the UK. There are the main arterial routes which are plagued by Turkish HGV drivers. They seem to totally ignore other road users, and their sole object in life is to get from A to B as quickly as possible. The roads here were probably not designed to deal with these huge trucks, and you will often notice wheel ruts running in great lengths in the road surface. Once your car's wheels are in one, it must be something like riding along in a Scalectrix car, as it will guide you round bends. That possibly doesn't sound too bad until you want to turn off somewhere, or you are confronted by half a shredded lorry tyre. During the height of the summer it isn't so bad as large HGV vehicles are restricted from the roads during the heat of the day. 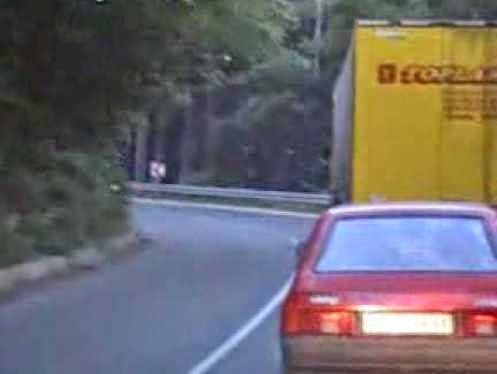 On the whole the Bulgarians are very polite and well mannered. However, this all changes when they get behind the wheel of a car. I often think that they lose their common sense at the same time. I have lost count of the number of times that I have witnessed them overtaking in dangerous places. Blind bends and the brows of hills are popular, and weaving through the closed gates at level crossings. Often done at the same time as talking on their mobile which is clamped between their ear and shoulder, which allows them to swig from a 2 litre bottle of water. A worrying statistic which came out recently is that a lot of young Bulgarian men actually think that a few drinks makes them better drivers. 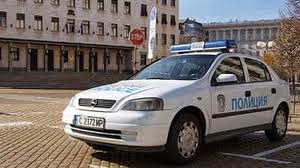 If you are out driving and someone coming the other way flashes their lights at you, there is a good chance there is a speed trap coming up. Or they might even know you. Just recently there has been various reports about some traffic police taking financial incentives to issues warnings rather than issue penalty fines. Even the Prime Minister has issued a statement saying that these practices will be clamped down on. Obviously one motorist didn't hear that bit and on top of his traffic fine now has another charge of trying to bribe a Police Officer. 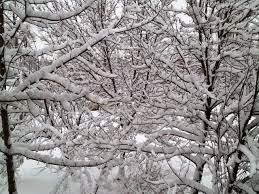 Hopefully you will remember me saying about the early snowfall that we had. It was the wrong type of snow to quote one of British Rail's famous excuses. It was a damp heavy snow, and stuck to things, especially branches. This caused various branches to snap and to then hang partially across roads. Even a month after those early snows have disappeared it is surprising just how many of the branches are still about to cause potential hazards. These are not confined solely to the back roads, but can also be found on some of the major routes too. Unfortunately many of them seem to be about windscreen height, and I have yet to see anything like Autoglass round this way. 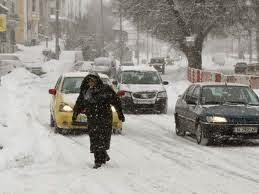 If I can I try to avoid driving on snow and ice, even with winter tyres. I might have preempted the conditions, but I can't say the same for everyone. I have even seen tyres which were so bald in the winter, that they could have been used as racing 'slicks'. Supposedly all vehicles are meant to carry snow chains during the winter months, but apparently 4x4s with Winter tyres don't have to. I am guessing that individual regions will have their own understanding of that bit of legislation. Every vehicle is meant to carry a fire extinguisher, a first aid kit, warning triangle and high visibility jackets, along with spare bulbs and anything else they can dream up. Soon each vehicle will need to tow a trailer just to cart all of these items round. 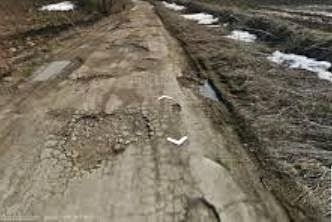 The weather does play havoc with the roads surfaces. In some areas there is more hole than road. Many rural areas were earmarked for road repairs this year, but due to various floods damaging roads elsewhere they have slipped back down the pecking order. The rains cause just as much damage as the freezing temperatures. Kerb stones and drainage are often not used, so if you glance at the side of the asphalt you will often see what looks like small dry stream beds. Not the kind of thing you want to put your wheel down into on a dark night. What road markings there might once have been will have long since disappeared. Often this is the reason why people drive along the crown of the road, rather than on the right side. 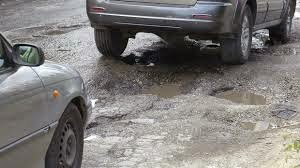 Potholes are another reason, and often when you follow someone it is almost as though they are on a slalom course. Following someone on an unfamiliar road is helpful, as at least you know roughly where the worst areas are. You just have to hope that there is nothing doing the same thing coming the opposite way. During the drier months it is not so bad as at least you can see just how big an obstacle it is going to be. In the wet it becomes a whole new adventure. 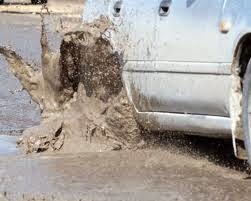 The camber on the road is often not as you would expect it to be, which tends to push surface water every which way. What might look like an innocent puddle, might hold a nasty surprise for the unwary. Potholes like lurking underneath puddles,and the puddles are often like a muddy soup. With more hedgerows being removed, more fields are moving into roads when it rains. This is great for concealing a pothole which is just waiting for an unsuspecting motorist. The pothole might be six inches deep, or for all you know it could be the birthing pool of either Jaws or Moby Dick. You will be in the middle of a potholed stretch of road before you see the first road sign warning you about the 'Uneven Road Surface'. The majority of road signs seem to have been placed as after thoughts, and the only people who gain any benefits are the hunters who use them for target practice.

Living out in the countryside you have the added joys of goats, sheep and cows being driven across the road, often adding to the 'mud'. Then there are the flocks of Geese and Turkeys, and not to forget the packs of marauding Chickens, along with sundry dogs and cats which have been let out to forage. Dark nights and foggy days can also give rise to the problem of the locals in their horse and carts, none of which have lights, or even a reflector on. In towns you have people acting like Lemmings, they walk behind your car as you start reversing, they will walk in the road when there is a perfectly good footpath, they will try crossing the road without looking, and many will ignore a pedestrian crossing to walk 10 yards further up the road and cross there. So driving here you need your wits about you, a revolving head (constantly in motion) and the eyes of an Eagle. Patience comes in handy, I always leave a large gap between me and the vehicle in front, although some see that as a challenge to find out just how many vehicles will fit into that gap. As I don't really have to be anywhere by a certain time I just let them carry on and smile when I see them stopped at a speed trap. So driving here is an experience, but with the quieter roads its not too bad at all, and once the Bulgarians have reached their destination and stepped out of their vehicle they revert back to the happy smiling polite people we know them to be.
Posted by Unknown at 20:58