Those of you who know me through various groups on Facebook will hopefully be aware about this English gentleman up in Ruse who is undergoing a series of operations. It seems as though a comprehensive blood bank is not operated over here in Bulgaria, in the same way that many of us are used to in the UK. Here it seems as though if you have anything other than an emergency operation with will require blood it is up to the patient to supply it.

Now a couple of months ago many of us first got wind of this young man's predicament, well ok he's 69 but that's still young. The call for help first went out on the various forums asking if anyone was blood group type O+ve, and below the age of 60 who would be prepared to donate to this worthy cause. It might surprise people that I am actually under 60, and I also met the other two criteria as well. Even in our own Facebook group we do hold a list of who is what blood group and would be willing to donate, we even have it split into the various areas. So our group list was consulted and in this area I was the only one who met all three requirements. Initially we were thinking that it would entail a trip up to Ruse, but we were still prepared to do that.

Fortunately this young man's first operation was more successful than people had hoped. So this reduced the urgency for the other operations, and gave his body more time to recover on it's own. The other day I had another phone call, letting me know that the young man was booked in for his next hospital trip on Monday, and was I still OK for donating blood. Only this time it seems as though I wouldn't have to go to Ruse as I could donate in Veliko Tarnovo and it would be credited up where it was needed. The same thing is also happening down on the Greek and Turkish borders. Initially I was told that this man's friends in his village were prepared to help out at 250 Leva a pint. To me this seems quite mercenary, but I guess for some people that would put food on the table for their family. I don't think that my red stuff is of the same vintage, but it has had one careful (ish) owner, so I was more than happy to let mine go for free. My thinking being that if push comes to shove and I was in the same situation that people would rally round and do the same for me.

Anyway I was told  that I could donate blood at the hospital in VT. Which was a bonus, as it meant that I didn't have to travel for an hour and a half either way, but what my contact couldn't tell me was which hospital I would have to attend. Now I have to say a very big thank you to certain of my Bulgarian friends, and also a complete stranger, who all managed to steer me in the right direction, so I could at least turn up at the correct hospital. It turned out that it was the same hospital which received the BinkyAid funds so at least I knew where to park.

So this morning I set out ready to donate blood. I know that parking can be difficult outside of the hospital, so I opted to use Praktiker's car park. Besides, I also needed a nervous wee, so I thought killing two birds with one stone made plenty of sense. Also the hospital is only a couple of minute's walk away from the car park. So once I had sorted myself out I went over to the hospital. Inside the main doors and near to the stairs is a big notice board which indicates which department is on which floor. I thought take it in small steps and you will get there. Thanks to my Bulgarian friends I knew what to look for, as I had been told that Blood Centre in cyrillic is Кръв Център. Did that show up on the big board? Did it heck. So onto the fallback plan of join the queue at the enquiries desk and ask in my best Bulglish. It worked. I was told along that corridor, go down some steps on the left and then straight in front on me. Which seemed straightforward enough, until I found two sets of steps going down, one inside and one outside. 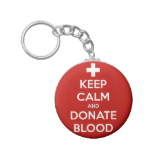 I chose the inside option first as it was starting to spit with rain again, and fortunately it took me down into a foyer area where various bits of refurbishment were being carried out. The only signs on the doors were A4 bits of paper with stuff printed on them. None of them had Кръв Център on them, but one did have something which looked like hematalogia, and using my school boy knowledge I hoped that it was something to do with haematology, or that they could at least point me in the right direction. More by luck than judgement I had actually stumbled on the correct place, so I was feeling quite pleased with myself.

There is a saying that "Pride goes before a fall", and I shouldn't really feel so pleased with myself for navigating round a building. This came in the shape of none of the staff there speaking English, so I had to resort to my Bulglish again and I explained the situation as best I could. An Englishman was having an operation in Ruse on Monday, he needs O+ve blood, and I have been told that I can donate it there. That bit was sorted out and then I was given 2 declaration forms to fill out, which was me buggered. A menu is one thing, a medical declaration form is something else, especially when there are two different ones. I did point out that I had a contact number at the Embassy in case of problems, bbut they gave up trying to get through in the end. Then it dawned on the head of the department that her Mother used to teach English, so that might be a way to resolve things. So my declaration forms were dealt with over the phone and me answering "Da" or "Ne", trying to explain gall bladder, gall stones and jaundice was a bit tricky but we got there in the end.

With completed forms in hand I was once again tested for blood type, fortunately it hadn't changed since I was in the Royal Navy, and I was still O+ve. Now that my forms were all filled out everyone was clucking round me like mother hens, and comparing veins on either arm, checking blood pressure and filling out more forms. I don't know if it's good but my blood pressure was 120/80, they say it's perfect and it seems to work OK for me. I had to sign various forms before they started draining me of blood, or at least a pint. I am quite happy to report that my blood is a nice red colour and not blue. So with my pint of blood in Dracula's snack bag I was allowed to sit up, 'Did I feel OK'? Then I was allowed to stand, and asked the same question, on saying yes I was allowed to sit in an uncomfortable settee thing in the corridor. I am glad that I took my kindle with me as the walls didn't have much of interest on.

I was asked if I wanted them to sort out the paperwork between themselves and Ruse, oh yes please. The declarations were bad enough so who knows how I would have fared with more forms. Because I had donated blood I was given a box, inside which were two bars of chocolate, and one was huge, a bottle of water, a carton of fruit juice and a pack of filter coffee. A bit different to weak tea and a soggy digestive.

Even though I might have mentioned that I am below the age of 60 which means that I can donate blood here, I have become a fully paid up member of the village pensioner's club, and so has Net even though she is far too young. Everything that seems to happen in the village, seems to happen there somewhere along the lines. We have been to a couple of things there, but by and large things tend to happen without us even being aware. I have seen various photographs of village events, and there has not been a single foreigner there. So now that we are members at least we will get to hear about things. Also during the summer when it gets too hot to work in the garden of an afternoon there is somewhere to go for a cold drink. Hopefully in the future it will lead to blog articles, even if it doesn't it will help with integrating further into village life.


Hopefully things will go well for the young man's operation on Monday, and if I hear anything I will let people know