Sofia, You Have Got A Problem 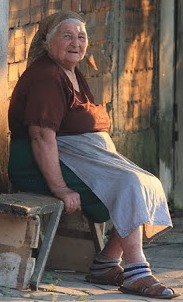 I don't know if anyone else saw the article by Novinite over the weekend. The one stating that Bulgaria is on the brink of a demographic collapse. Which got me thinking how it could possibly affect us foreigners living here. If you look into things it doesn't make wonderful reading. Hopefully the government are fully aware of this, but what plans they can implement to redress the balance is difficult to say.

At the moment it is declared that the country's population is decreasing by 164 people each and every day. Now this might not sound that many, but it still equates to more than 60000 a year. There are a few reasons behind these figures, there is a declining birth rate but an increasing mortality rate and then there is also the rate of immigration. These figures make even worse reading when the north of the country is compared to the south. The northern population is shrinking seven times as much as that in the south.

At the time when the borders were opened back in 1989 there was a national population of over 9 million. In the survey conducted in 2011 the population had decreased to 7350000. If that trend continues the Office of National Statistics estimate that by 2060 the population will stand somewhere in the region of 5million, or almost half of what it was 70 years previously. As early as 2020 the poulation will dip to below 7 million.

Not only that but the population is aging, the average age taken from the latest census figures is one of the
highest in Europe at just over 42 and a half years. At the moment 19% of the population is over the age of 65, or put another way they are of pensionable age. Just over a decade ago for every 100 people starting to draw a pension there were 124 youngsters starting out in the job market, last year this number went down to 64. This aging of the population is causing the economic recovery to slow down now.

There is also an increasing urbanisation, people are now leaving the villages to seek better prospects in the towns and  cities. Between them the four largest cities in the country now house a third of the population. With the influx of foreigners into these villages, some have been prevented from falling into decay, but the Bulgarian nationals are leaving. There are now less than 2 million people living in rural communities, and gradually the number of these rural communities is also decreasing. It is claimed that last year alone 24 villages ceased to exist, and over 170 are also at risk. With the declining birth rate many village schools have had to close. To keep these villages alive there needs to be a change to the infrastructure, to keep younger people in the villages they need to be upgraded. While people might still work in the towns they need decent roads to commute back and forth on. With an increased reliance on technology many young people see these villages as backwaters, where the 21st century has yet to arrive. So regional governments needto seriously look at what they intend doing in these areas. If more villages fail who will then farm the land which feeds the nation?

Looking at the year 2060 again the Office of National Statistics that 60% of the population will be over the age of 65. Who will then pay for the pensions and the health care needs of the elderly? At the moment the probable route will be an increase in taxation. Yet surely this will cause more of the work force to seek employment in a different country, in turn this could bring about the demographic collapse even earlier. At the moment 2014 is looming when Bulgaria achieves full employment privileges throughout the Eurozone. It remains to be seen what the government plans to do.

At the moment there are a couple of areas where the country is growing and these are manufacturing and exports. Yet if they can't keep hold of the work force who will do the manufacturing? If taxes rise too far who will be able to afford these products? Also with a declining population who will be left to buy these goods? One way that these potential problems can be overcome is to attract more foreigners from within the EU countries, this would also help the overcrowded countries. Hopefully it would not be seen as a chance for other EU member countries to use Bulgaria as a dumping ground for the dregs of their own societies. One thing that really ought to be done is to attract the Bulgarians who have left the country back. If it is done properly the differences between the Western and Eastern economies will eventually even out. If left unchecked the domino effect could occur and the EU as a whole can suffer, so it is not solely a Bulgarian problem.