People are still leaving the UK and heading for a new life in Bulgaria, quite a lot are retirees looking for a better quality of life. There are still plenty with a pioneering spirit who feel that they have found a niche market where their skills or products will be enough to earn them a living. One common question that their friends and relatives ask is, why Bulgaria? Most who then go on to denigrate Bulgaria are often the ones who have never actually been to Bulgaria, or their sole dealing with Bulgaria has been a package holiday at Sunny Beach. Hardly typical of the true Bulgaria that many of us have come to know and love. So maybe the next time that someone asks you why Bulgaria, you can point them in the direction of this blog. 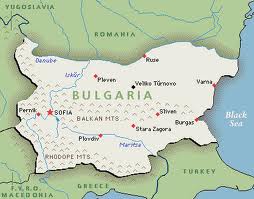 Bulgaria is still in Europe, many will say that it is totally different to anywhere else in Europe, but surely as an island nation the same argument could be levelled at the UK. Despite it being situated in Eastern Europe Communism is not the sole influence on this country as many of the uninformed seem to think. This country is steeped in history, and you are never far away from it. The capital city has changed location on several occasions as needs have dictated, and castles and fortresses are still in existence at these sites. The tourist industry on the Black sea coast is a much more recent addition to the attractions of Bulgaria. Yet those who only spend their time there miss out on so much that Bulgaria has to offer, all that they need to do is head in land for a few miles to begin to find the true Bulgaria.

I remember the first time that Net and I came to Bulgaria on a property viewing trip, and as soon as we left the airport in Sofia the first thing that we were faced with was a large gypsy area. Hardly a good advert for the country, but we soon noticed the countryside changing and we were soon hooked. The scenery is forever changing along with the seasons. There is so much of Bulgaria that is unspoilt, and hopefully it will remain that way for a long time. As you travel the country from the mountains in the West to the coastline in the East, or from the Danube plains in the North to more mountains in the South there are large areas still teeming with wildlife. Yes there is a littering problem that is a bit upsetting, but the younger Bulgarians are becoming greener and more ecologically aware, so various clean up programs are carried out throughout the year. The middle aged are often the culprits as they seem to feel that someone else will clean up after them. There are lakes and rivers criss crossing the country, and where there is water there is nature. We have seen Deer, Wild Boar, Pine Martens and all kinds of reptiles, and that is just in the area round the village where we live. 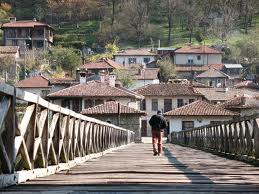 The pace of life is a lot slower than that in the UK, and it does take a bit of getting used to, but the good thing is that you will notice so much more. There is not the hustle and bustle, or the volume of traffic on the roads. One thing that has surprised me is that the Bulgarians, who are so pleasant and helpful, suffer a complete change in character as soon as they get behind a wheel of a car. The good thing is that I don't have to be anywhere by a certain time, so if they want to overtake in stupid places they can carry on. It is a bit disconcerting if you are using public transport that they have pictures of Saints inside the buses, do they know something that you don't? 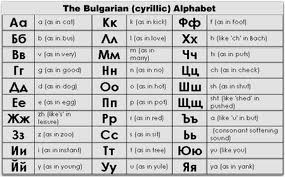 As I have said the Bularians themselves are a warm, kind and generous people. They are always willing to offer help and advice. I have come to realise that they really do like to see the foreigners doing the same kind of things that they do. For example we live in a village, and the majority of the villagers grow  their own fruit and vegetables, we have a garden and we do the same. The first year we were doing things the same way that we would in the UK, but it was pointed out that if we planted in trenches we would only have to water the trench and not waste water by getting it where we don't need it. It really is that simple but they were pleased that we were using the garden in much the same way as themselves. Some might say about the language but it doesn't take long for you to start picking up bits and pieces, and you would be surprised that even if you make a complete hash of the language your neighbours will appreciate that you have made the effort to try. 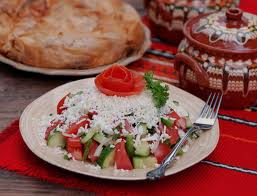 You also have to try the food, now as many will confirm back in the UK I would avoid eating salads if I possibly could. Now in Bulgaria and with everything being so much fresher, and often locally grown, food does have a much better taste. Even I have been known to order and eat a Shopska salad, and quite often because of the weather we will be sat outside just watching the world go by. In all of the time that we have been here I think that we have only ever had a couple of meals that were not nice. Even the old habit of meals coming out at different times is getting much better, and I can not remember the last time that a dessert came out before a main course. Unfortunately the likes of McDonalds has made it to Bulgaria, but do your stomach a favour and go where the locals go. For one thing the food will be much better, and a lot of the time it will also be a lot cheaper. 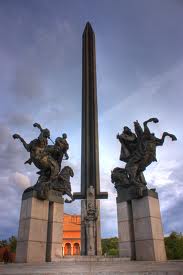 Many will have seen that Bulgaria has been in the news just recently. The latest being that the government has all resigned this week. This has largely been down to protests across the country. These protests have mainly been aimed at the 3 electrical supply companies who have been steadily increasing prices and providing a worsening service. For a country the size of Bulgaria there are just the 3 power companies, and they are all foreign. We have known a couple of small scale protests but nothing on the level of these recent ones, where they have largely been countrywide. Even as foreigners we have also been invited to join, and as they have so rightly pointed out we are also affected. The main reason that people will have heard of Bulgaria, and Romania, recently will have been due to all of the scare mongering that has been going on in the UK press the past few weeks.

A lot of it seems to stem from what will happen in January 2014 when Bulgaria and Romania get full rights within the EU. If you were to believe everything that has been written in the newspapers then the UK is going to be deluged by more than the existing populations of the two countries. This is clearly a stupid argument but the tabloids have been making a lot of noise about this, and not only the press but also some of the fringe politicians. I can understand how upsetting it must be for Bulgarians, they are a proud people but the message that they are recieving is that they are not welcome. Nothing is mentioned about the numerous professional Bulgarians and Romanians who are already making a valuable contribution to society in the UK. Yet thanks to the UK press, some of the uneducated have decided to conduct their own versions of witch hunts and tell some Bulgarians, who have been in the country for years (earning and paying taxes) that they are not welcome. This is meant to be the 21st Century not 1930s Germany. Even the Charge d'Affaire from the Embassy in Sofia has been giving interviews trying to calm the situation. 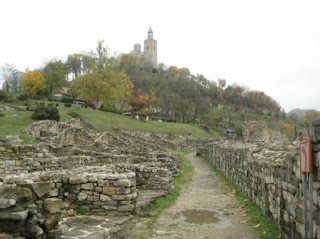 The Bulgarian press have also been reporting things with their own slant, and certain nationalist parties in Bulgaria have been holding protests outside of the embassy in Sofia. The ExPat community have not escaped things either, with there having been some spats and name calling. For why? Lazy journalism, but as they do say sensationalism sells, for the time being it seems to have cooled down but it might well flare up as next January gets closer. Personally I am quite proud to say that I do count Bulgarians amongst my friends. I never thought that I would say this but I actually agree with one thing that Nick Griffin, the head of the BNP, has reportedly said. He claims that the reason behind this is that "Bulgarians are white and Christian", maybe he is not far off of the mark in PC Britain. Maybe another thing which seems to have been conveniently overlooked are the criminal elements who are already there in the UK. Just because their passports might say Bulgaria or Romania on them does not automatically that they are who Bulgarians and Romanians would class as their countrymen. So these press articles and statements from Politicians are causing untold strife and harm, but they have little or no understanding about the situations that they have helped to cause. Instead they are undoing an awful lot of good work that various groups and forums have done over the years. So if anyone is in two minds about moving out here I would whole heartedly say to them do not give up your plans or your dreams.
Posted by Unknown at 19:47